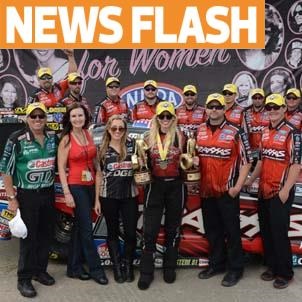 When the Traxxas Ford Mustang driven by Courtney Force crossed the line ahead of longtime veteran Cruz Pedregon to win the NHRA Kansas Nationals at Heartland Park Topeka on Sunday, the 25-year old earned the 100th professional win by a female driver in the NHRA Mello Yello Drag Racing Series. Her first victory of the 2014 season and fourth in her career, Force is among 14 women who’ve contributed to that total of one hundred wins along with the likes of pioneer Shirley Muldowney, fellow Funny Car driver Alexis DeJoria, current Pro Stock points leader Erica Enders-Stevens, and sister Ashley Force-Hood, who earned the first Funny Car class victory by a woman back in 2008. 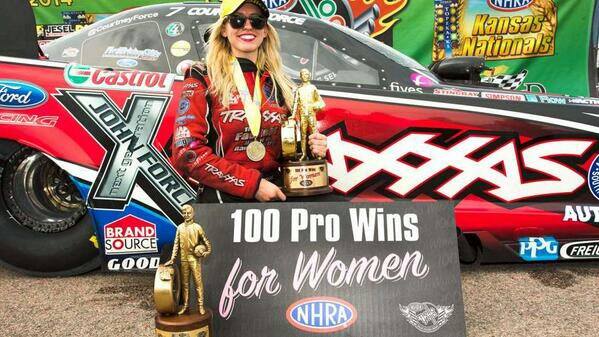 “This is huge,” Ashley said after climbing out of the car. “You could see the emotion on my face after I lost last weekend. It is a big deal and it is a milestone for women. Every girl out here wanted to get it. It was close every girl put her heart out there to try and get it. I was crushed after last weekend because I thought to myself that opportunity will never come again and that chance to get 100 will be gone forever,” said an excited Force. “I am still trying to soak it in right now. I have to thank my team and all my sponsors. Once my dad and Robert went out today you could see all those colors coming over to our pit area and thrashing on my car. I want to thank all them and all the crew chiefs. They gave me a good consistent race car all weekend and that is what we were missing from the start of the season.” 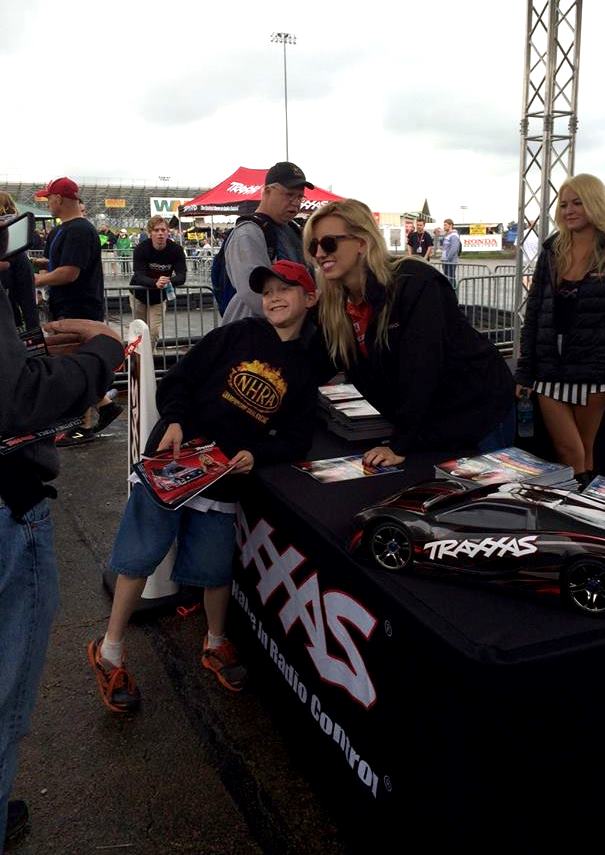 The win is, of course, a big deal for Traxxas and the RC community as well. With each appearance in the national spotlight for Courtney and her Traxxas Funny Car, more potential hobbyists are exposed to the world of RC cars – no doubt aided by Traxxas vehicles being displayed in Courtney’s John Force Racing pit area during autograph signings and throughout each weekend at a NHRA Mello Yello Drag Racing Series event.

From all of us here at RC Car Action, congratulations Courtney!