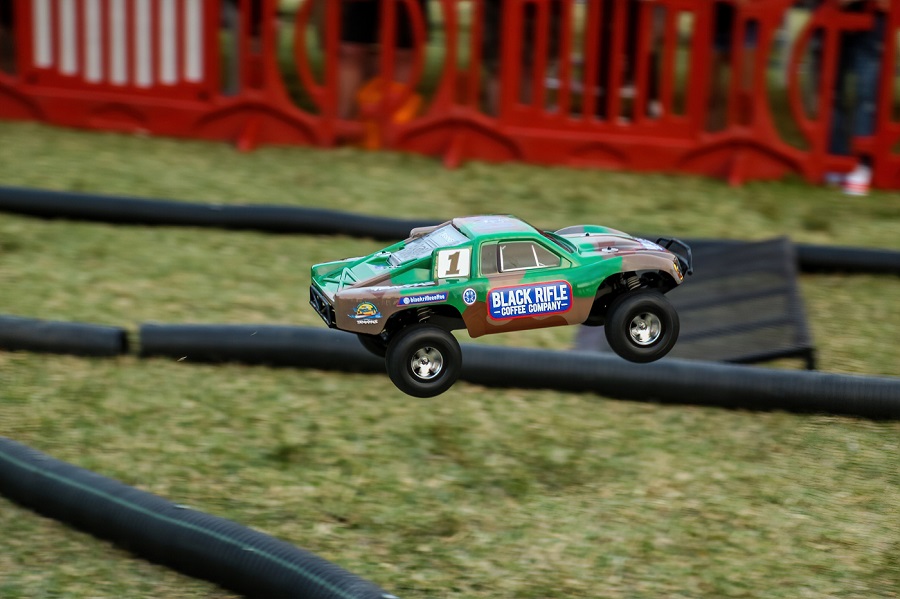 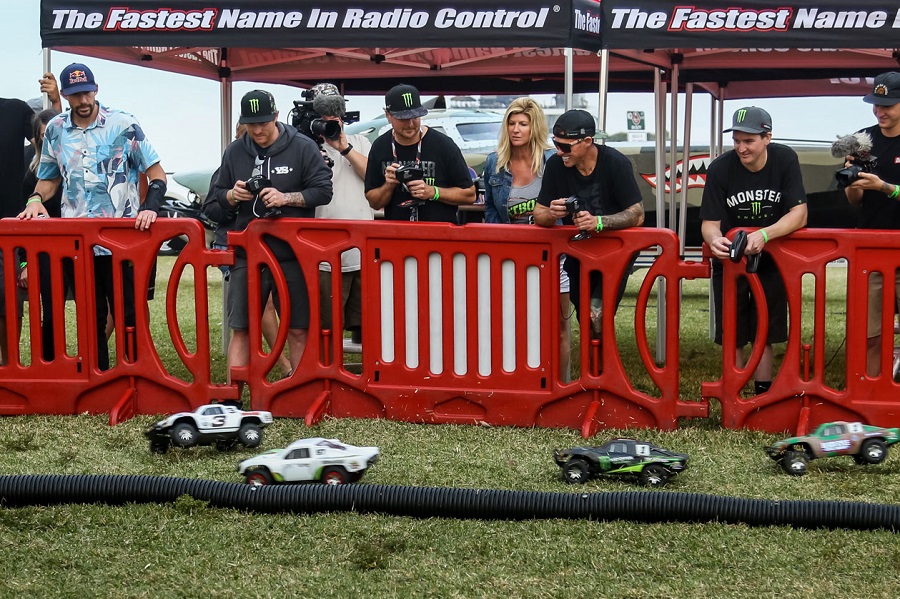 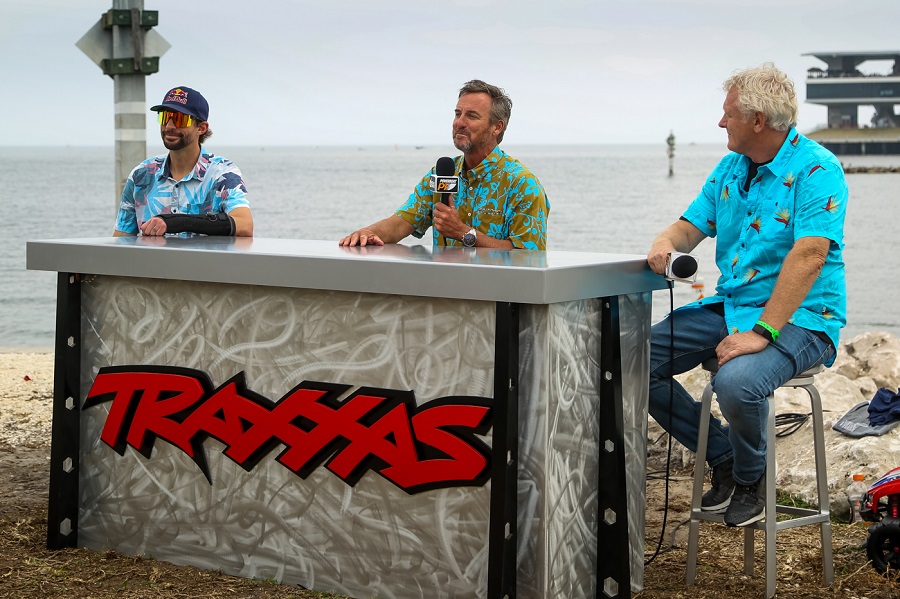 From Traxxas:
We hit the water with Travis Pastrana and a group of X-Games medalists, NASCAR and motocross racers, reality TV stars, and American Heroes – see it April 18th on Fox Sports 1!

Legendary freestyle motocross innovator, X-Games champion, and Nitro Circus founder Travis Pastrana has a new passion, high-power offshore boat racing. Wanting to share his excitement, Pastrana assembled stars from the worlds of extreme sports, mixed-martial arts, motorsports, and the military to race P1 Panther SuperStock boats across the blue waters of St. Petersburg, FL. It’s sure to be an exciting and entertaining show as these athletes and heroes go head to head as powerboat racing rookies. The Travis Pastrana P1 Offshore Invitational Powered by Traxxas is scheduled to air on Fox Sports 1 on April 18th, 9am ET / 6am PT. Tune in live or set your DVR to catch all the action.

In addition to piloting their P1 Panthers, the teams also go head to head with Slash 4X4s to see who’s got the skills to win in 1/10 scale, and show off what an X-Maxx’s massive tires and 8-cell horsepower can do on the water. Yes, on the water—if you’ve never seen an X-Maxx’s hydroplaning ability, the Travis Pastrana P1 Offshore Invitational Powered by Traxxas is an even bigger must-watch.

Here’s the who’s-who for each team. It’s going to be interesting to see how their skills translate to racing Slash 4X4 and powerboats. Set an alert and tune in!

When they weren’t competing on the water, the battle continued on a specially designed RC course with a fleet of custom-painted Slash 4X4 VXLs. These 60+mph short course trucks replicate the driving experience of their full-size counterparts, and with several fierce competitors on hand the action was intense. To lighten the mood, a hydroplaning contest with the larger-than-life X-Maxx also wowed the crowd.

Be Sure To Catch All The Action On April 18th On Fox Sports 1!
Visit Traxxas.com
See more posts about Traxxas 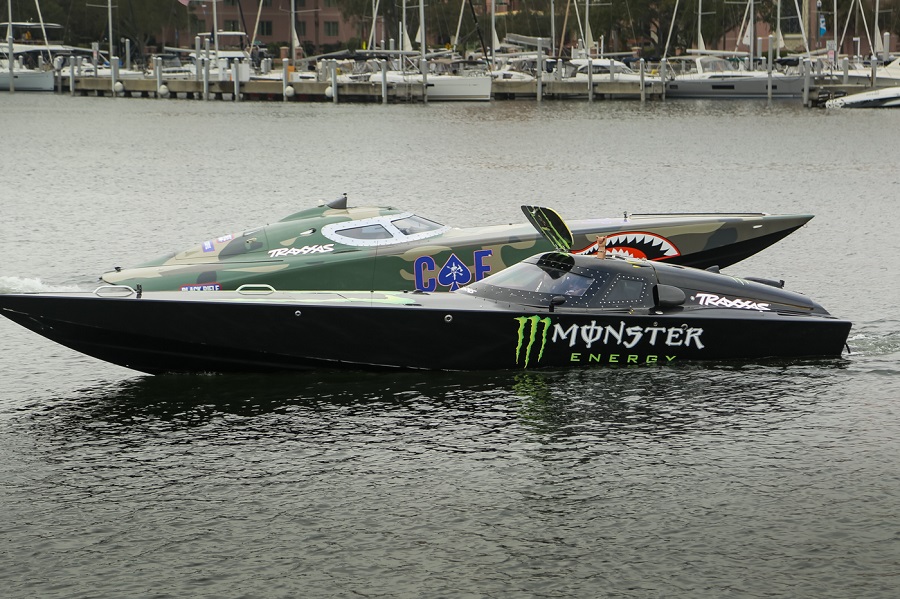 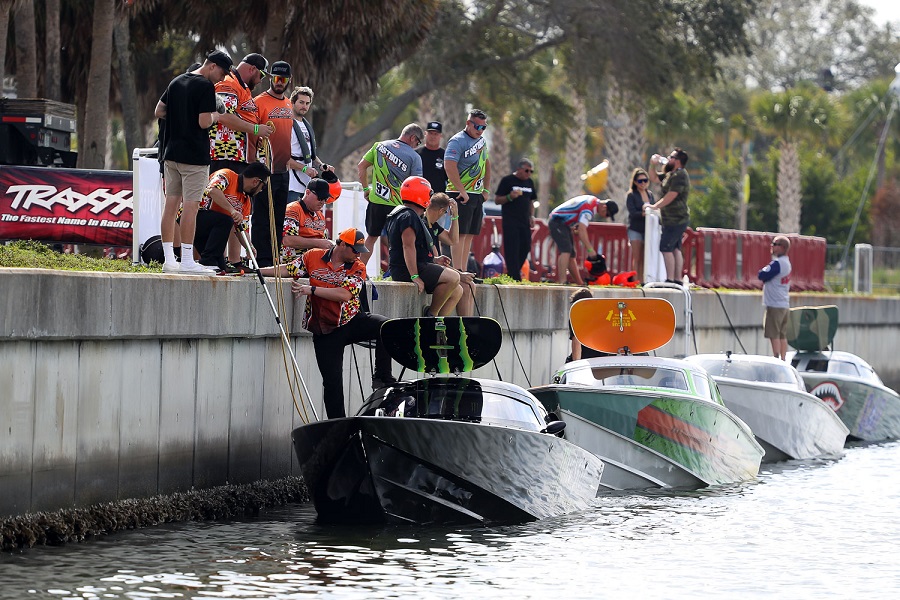 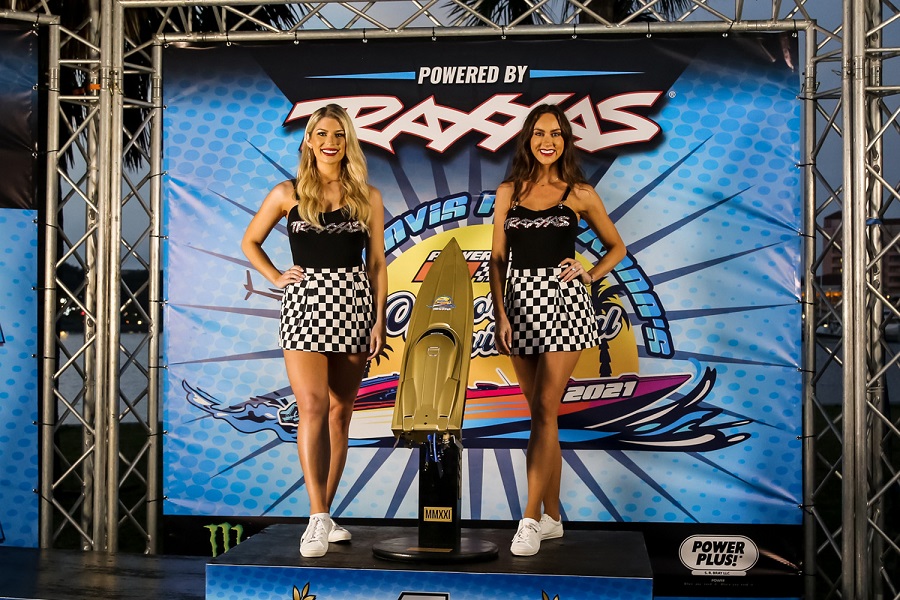 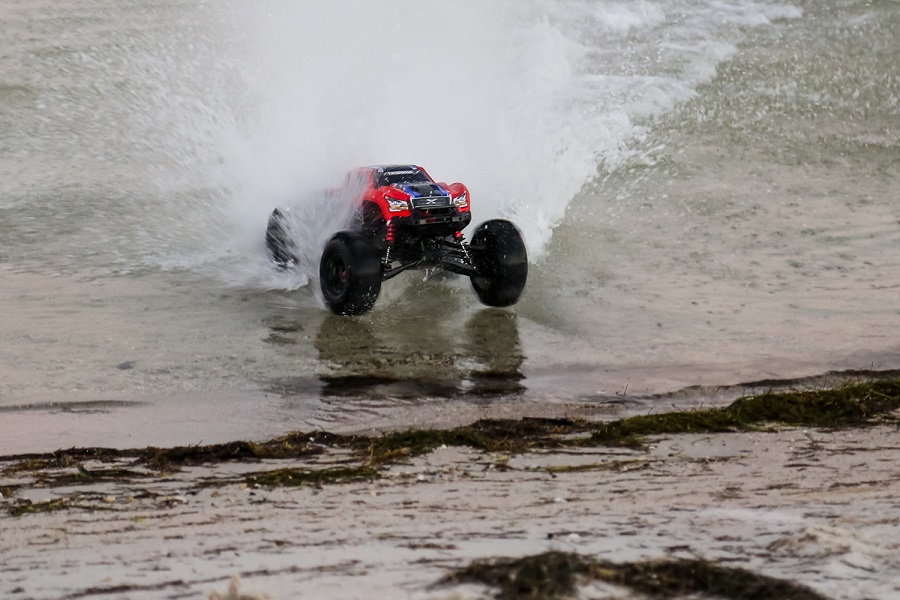