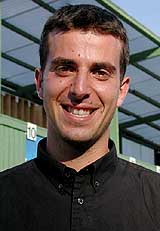 Top qualifier, French Ho Bao driver Yannick Aigoin, was disqualified at the conclusion of the 1/2 Final that he won on his way to the final. The unfortunate timing of the disqualification means he cannot participate in the final. He was disqualified for an illegal fuel tank that held more than the 125cc of fuel as mandated by IFMAR rules. His disqualification from the final eliminated the only Ho Bao car to make the final, leaving Crono, Kyosho and Mugen cars to fill the field. Fortunately, all wasn’t lost from primary sponsor Ho Bao, as the 11th qualifier who moved into the final as a result of Aigon’s DQ is Robert Battle, another HoBao driver.

The controversial local favorite and track owner, Mikael Pålsson failed to make the final, finishing 6th in his 1/2 final just 15 seconds back of the lead in a tight battle to make the bump to the big show.