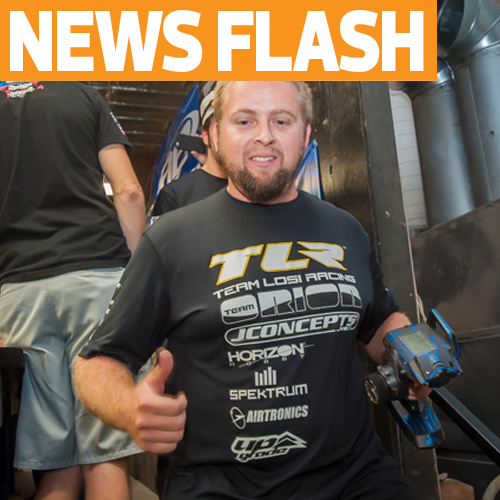 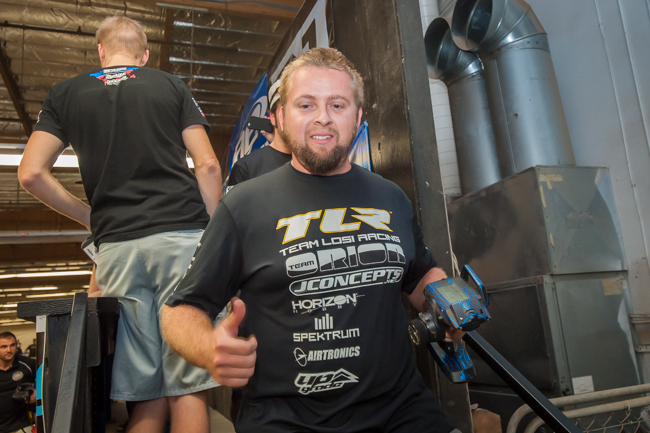 TLR’s Ryan Maifield breaths a sigh of relief after coming off the driver’s stand and finally getting the overall win.

He’s always been one of the favorites, but TLR’s Ryan Maifield finally got his Reedy Race of Champions win. Held at OC/RC Raceway in Huntington Beach, California, the 21st running of the event has seen a small legendary group of winners over the years and now Maifield is one of them. Having come up short in 2014, Maifield has seen many changes including switching to TLR from his long time sponsor Team Associated. However, the win didn’t come easy and going in to the last round he only had a small lead over Kyosho’s Jared Tebo. Last year’s winner, Team Associated’s Ryan Cavalieri was in third, but his points were too low to threaten for a possible coupe of the top. Needing a first or second, Tebo would have to fight hard from way back on the grid for a shot at Maifield’s lead in points, but as time clicked away it was both Cavalieri and newly signed Team Associated’s Carson Wernimont who would defend their positions and give the overall win to Maifield. The final race saw Maifield start toward the back, but although he had secured his overall win, his pride and talent would shine through. He methodically picked his way through the pack and went on to win his victory race in Champion fashion. Maifield will now have his own name engraved on the Reedy Race trophy and stand among our legends. 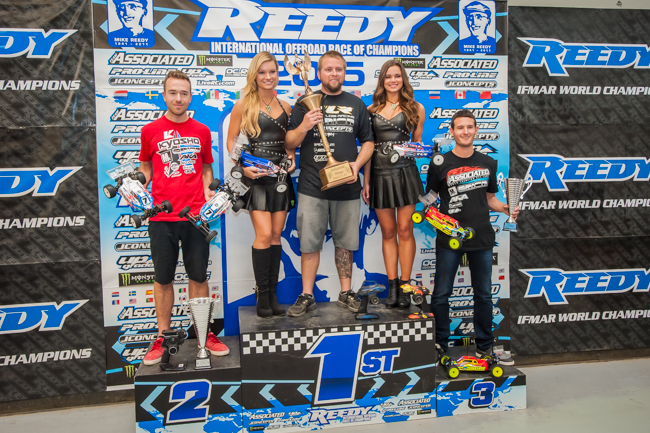 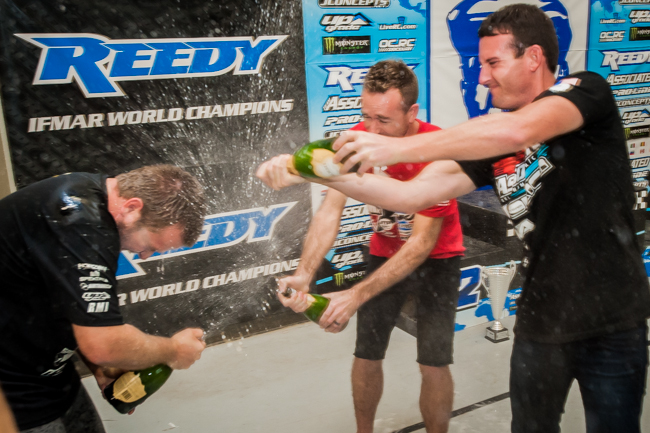 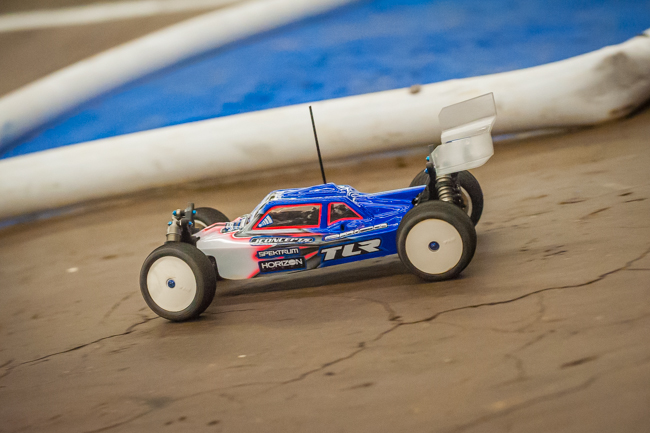 TLR’s Ryan Maifield finally got the win he deserved and drove to the overall win in the last race.