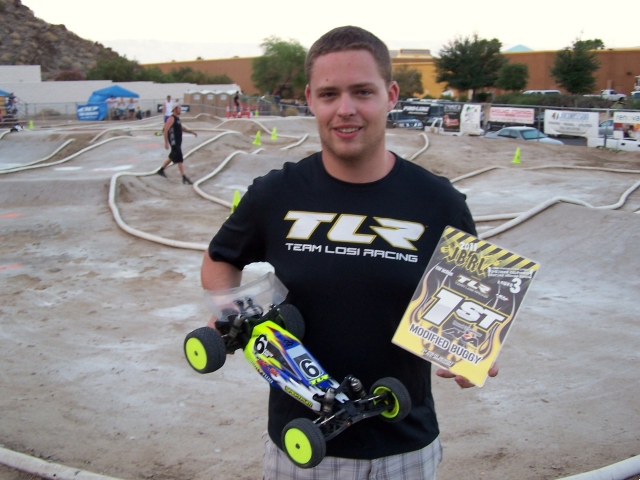 This past weekend at Palm Desert R/C Raceway was round 3 of the JBRL electric series. The track layout was fast and fun with really high grip setting up for a great weekend of racing.

In the super competitive Mod 2wd class Frank Root would take to over all TQ using both his TLR 22 mid motor car in Rd1 and in the final Round of qualifying he would use is TLR rear motor car to hold off the overall TQ. In the Main with a mistake from Frank Root in the early stages of the 6 minute race would give the lead to Aaron Lane to take his first JBRL 2wd Mod win with his TLR 22.

The Pro4 class this year has shown to be one of the most competitive classes at JBRL. Round 3 would show know change in this with qualifying being very close between the top four drivers. Losi would put four Ten-SCTe cars in the A-main. Ryan Dunford would be the highest qualified Losi Driver starting second. At the start of the A-main Ryan Dunford made a spectacular sky pass, jumping over the leader to take the lead and never looked back. Aaron battled for 2nd for a while as Casper snuck up on and passed him as he bobbled. The two would battle for 2nd and 3rd for a few laps but Casper edged Aaron out in the end to take 2nd place. Aaron Lane would finish in 3rd. 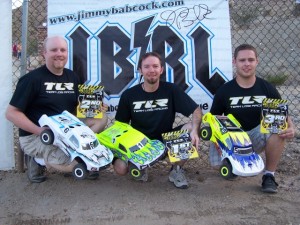 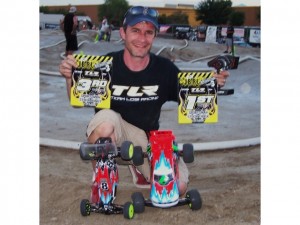