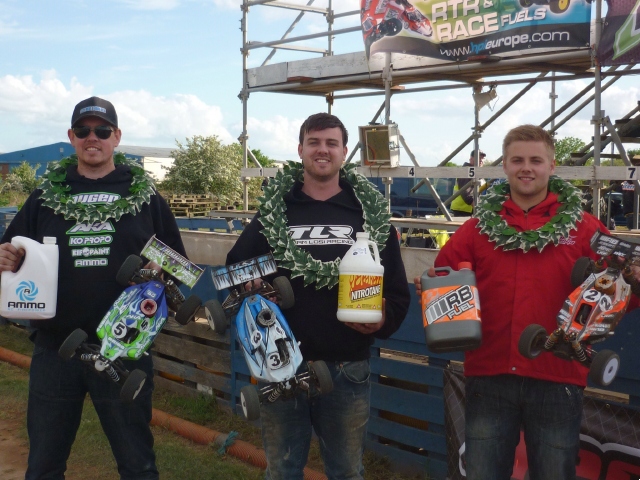 Round 2 of the English nationals took place this past weekend at Coventry in the midlands. The weather started out not very nice with rain leaving puddles around the track. The Club did a magnificent job getting the track ready for racing. Qualifying at times would be difficult with unexpected showers. TLR team driver Darren Bloomfield would come out strong in qualifying to put himself third on the grid for the main. Darren would show great patients in the main by following the front two runners around and would wait for them to make mistakes. Darren would move into second around the half way point of the race but would have a lot of ground to make up on the leader with not much time left. Darren would close the gap up with only a couple of minutes to go and a mistake by the leader would allow Darren to take the win.