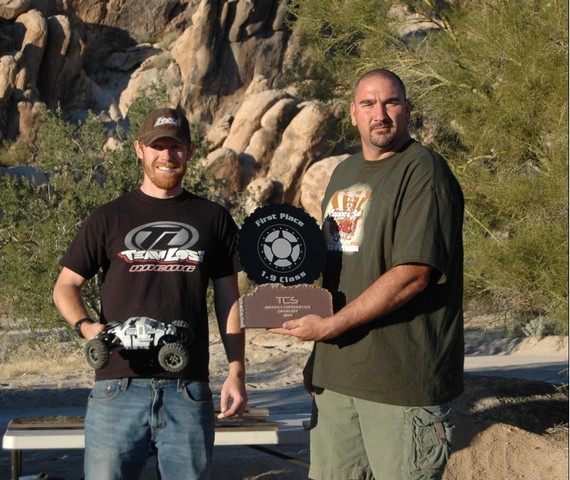 TLR driver Jake Wright claimed his first big win of the 2011 season with a dominating performance at the Coppersate Crawloff held over the weekend just outside of Phoenix, Arizona. Jake drove his Xcelorin powered Mini Rock Crawler Pro to victory in the 1.9 class over an extremely talented field of drivers including SDS Customs driver John Riplinger and Arizona’s own Doug Toney.