From Team Losi Racing:
Throughout the 2016 racing season Team Losi Racing Team and engineering staff was always evolving their chassis setups on the TLR® 8IGHT™ 4.0. All of this culminates into the 2017 TLR Tuning Kit for the 8IGHT 4.0 buggy. Using our racing team and development staff we have further improved the 8IGHT platform for a more reliable and faster race buggy. The key improvements allow the buggy improved the handling on bumpy tracks, enhanced braking, and improved durability. This TLR tuned kit allows the consumer to purchase all of the same parts that were used by our race team at the IFMAR 2016 World Championships and into the 2017 racing season. Here is why we came out with each part.

Lighter weight and more flex for a more responsive vehicle in bumpy conditions. With this chassis the gear box now has the ability to move 3mm forward, in conjunction with the included offset rear adjustable hinge pin braces, to give the rear end less bone angle for less mechanical bind which allows the car to adapt quicker to rough terrain.

Completely new 100% CNC design now keeps the brake disc true with the out drive and minimizes the possibility for it to skew. Now the brake plates have material glued in for a much more stronger and consistent brake feel after a hour long main event.

Reduce the mechanical bind in the drive train to allow the suspension to adapt to the surface quicker.

New front aluminum spindles are required with the front universals to allow for the correct bearing depth. These also add significant durability to the most vulnerable part of the car if it comes under heavy impact.

This new wing mount allows for the new polycarbonate or the standard plastic wing to be used by allowing 5-40 srews, aluminum support washers and nuts to secure it to the mount, but as an added feature you can install the new ( included) machined post to continue to use the body clip method for attaching the wing to the mount.

A new polycarbonate high down force wing is much lighter than the traditional composite wing, when installed it brings the buggys center of gravity creating a stable buggy around high speed tracks. This wing also generates more down force for more rear traction, but can be tuned out by simply opening holes to reduce the drag.

The new TLR wheel nuts include a steel screw and nut in the center which holds to our new magnetic TLR wheel wrench (wrench not included). This makes tire changes during main events much faster and minimizes risk of loosing a nut during a tire change.

This body is an all new design that compliments the new polycarbonate high downforce wing, while the cab and front side pods have more surface area for greater front traction and steering. The body, in combination with the wing, provides a more stable buggy.

This new nut directly replaces the stock nut and now uses a clamping feature via a screw. This removes the chances of the servo saver nut backing off during long main events. 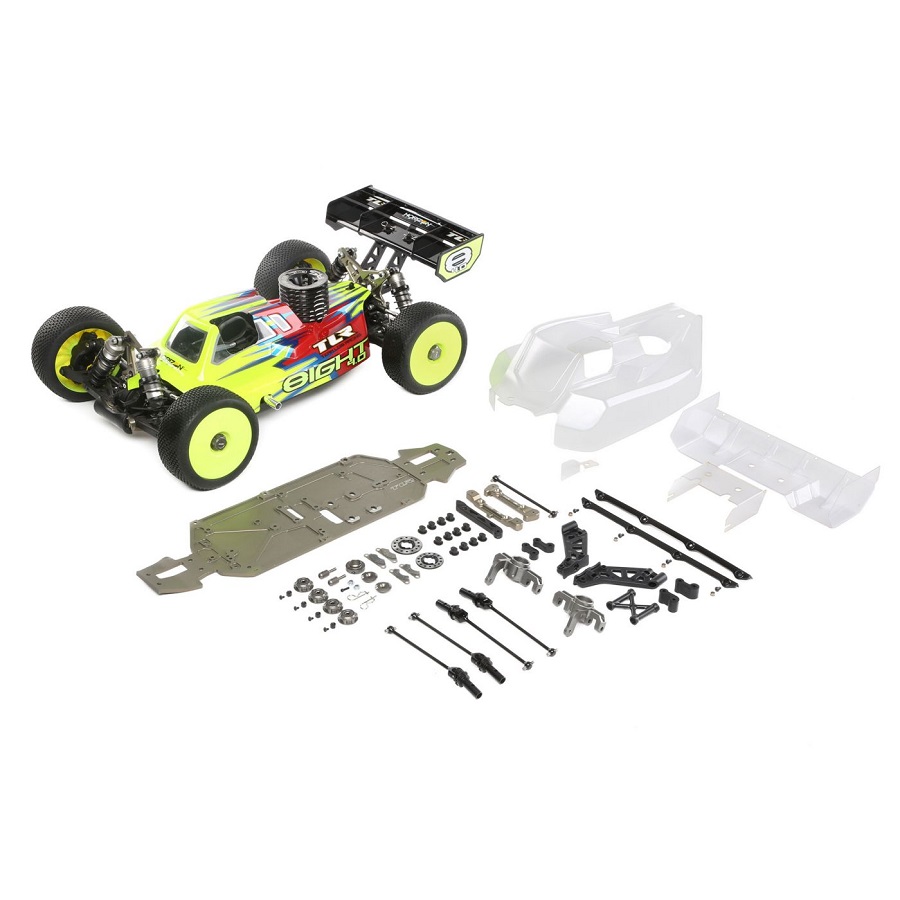 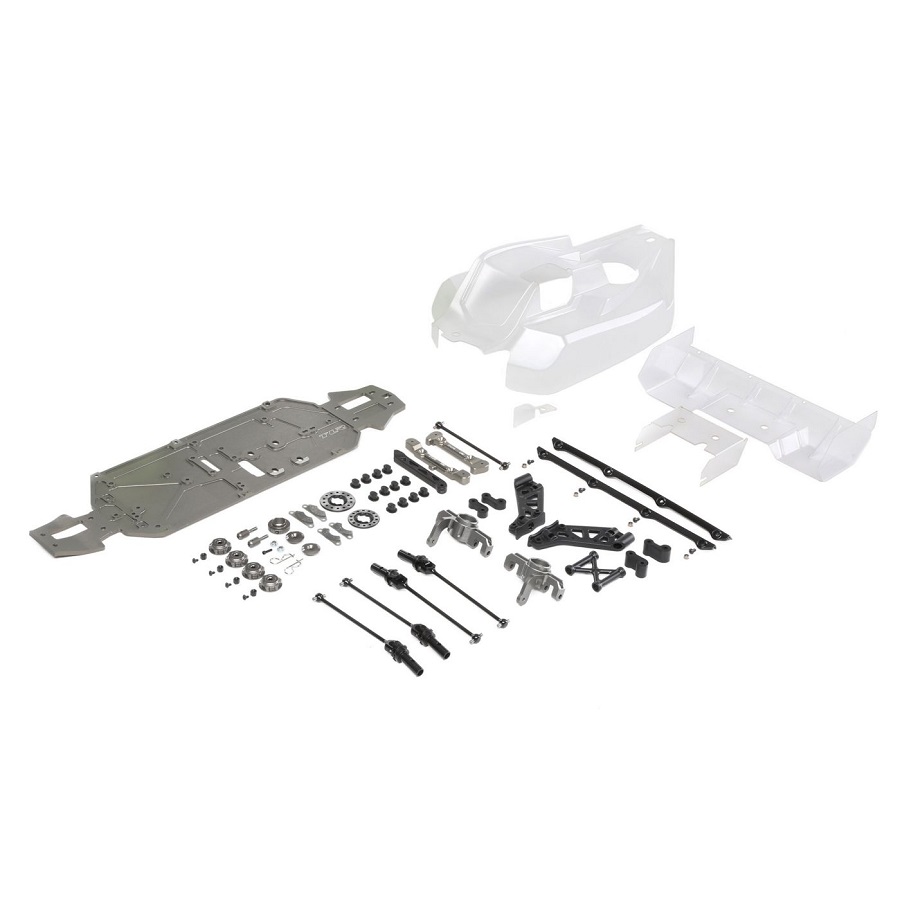