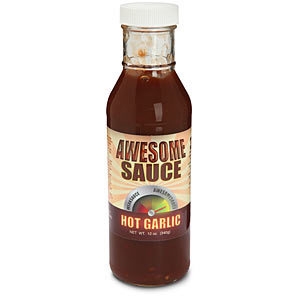 My opinion is based upon what I’ve seen over the years.  If we go back to off-road’s earliest days, tires were made of hard rubber and foam inserts didn’t even exist.  Tracks were soft, loamy dirt and traction was easy to find.  As off-road became more popular, race entries increased, and track maintenance suffered.  Tracks slowly transformed from loamy dirt to packed blue groove.  As this transformation took place, traction became an issue; those hard rubber tires that lasted a full month or more of racing didn’t grip worth a damn on blue groove tracks.  Tires became softer, to the point that foam inserts were required to support the weight of the vehicle without collapsing the tire, and eventually we reached the point where we are today—bubble gum soft tires, highly advanced closed cell foam inserts, and stiffer wheels.  Traction is the name of the game.  Tracks have even taken the leap from blue groove to prepared, marble-smooth dust-free blue groove, which is only a small jump away from on-road.  It’s no surprise that someone eventually noticed that prepping an ultra soft tire with additive (“sauce” as it’s called by most racers) would increase grip.

Ultra soft tires wear out quickly.  This means more expense to the racer, more prep time, more worry about set-up, and ultimately less fun.  Need examples of how this has played out in other classes?  Dirt oval.  Electric touring car.  Nitro touring car.  1/8-scale on-road.  Is it any coincidence that these classes all allow tire additives?  All of these classes have taken huge nose-dives in popularity in the last decade, because the emphasis is on set-up, tenths of a second lap time differences, and how much money you need to spend on your equipment.  The focus is no longer on fun, and beginners are terrified to try these classes because the “fast” racers all have thousands of dollars in set up equipment, bags of tires soaking in tire sauce, and they obsess over every last tenth of a second per lap.  When a good run comes down to the difference between having a sauced tire and a tire out of the bag, the class is in trouble. Tire sauce is one of those unnecessary parts of racing that makes me scratch my head—won’t everyone finish in the same order whether sauce is allowed or not?  Traction will either be great with tire sauce, or slightly less great without it…but traction will be the exact same for everyone either way.  Why bother?

I hope we don’t repeat the mistakes of the past.  Tire additive, which was created for on-road rubber and foam tires, has no place in off-road racing.  It increases cost to the racer, adds prep time that no one wants to do (isn’t it horrible enough to have to glue the tires in the first place, much less sauce them?), and it pushes beginners away from the class.  I’d like to see off-road tracks get back to soft, loamy dirt so that tire selection, and tire compounds, were less of an issue.  This wish may be unrealistic, but at the very least I believe we should not allow tire additives in off-road racing.  It’s the beginning of a very slippery slope, a slope that has caused many popular classes to slide completely off the radar.  Off-road electric and nitro racing is at its peak right now.  Let’s do everything we can to keep it at that peak, rather than push it over the edge.