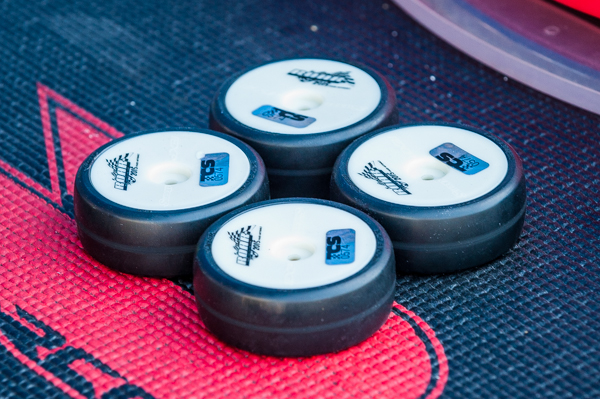 Like any major event, tires are big deal and this National was subject to some unusual problems that only occurred as qualifying got under way. Sweep EXP EVO-R 36 were the premounted tires chosen for the event and have a history of performance at the facility, but this time things were a little different. With practice over and qualifying under way on Saturday, drivers were switching to their officially approved race tires and complaints of undriveable cars were surfacing. At first the problem was brushed off by the officials as typical post bad run blues by drivers who maybe had less than expected results (common at races), but this was quickly becoming a common complaint with an alarming pattern that was affecting all the racers. As it turns out, the specific batch of racing tires assigned to the event were showing completely different handling traits. There seamed to be no explanation other than something that can happen during the many variables associated with production. Luckily there was enough extra tires on hand to swap out the affected tires, but the resulting issue meant that the round would have to scrapped and redone in order to give everyone a fair chance. An unusual issue, and something that even the older veterans had never seen before.

A batch of Sweep spec tires caused problems in the first round of qualifying, eventually causing the round to to be thrown out. It was them ran over again in order to keep the racing fair for everyone. 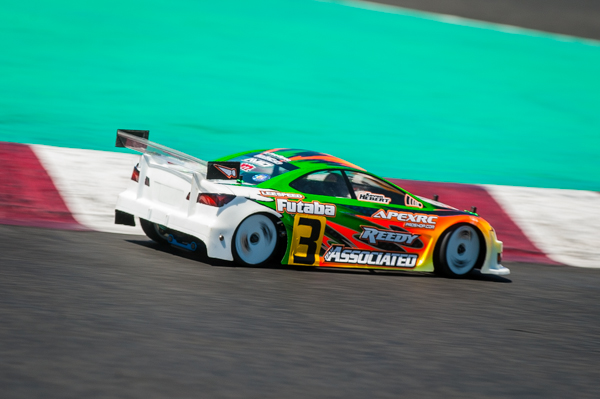 The Sweep EXP EVO-R 36 premounted tires usually work great at the facility and the cause of the problem was attributed to a possible isolated issue during production.