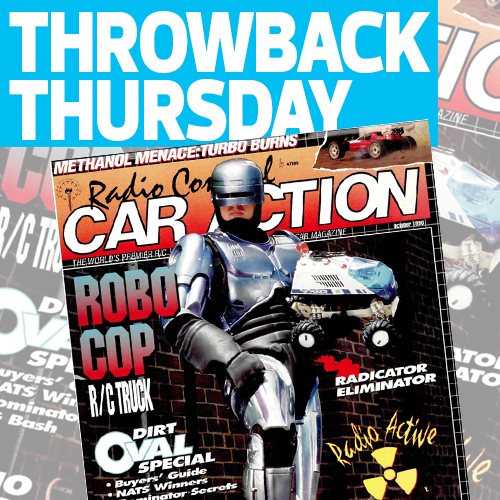 Last week I was in the theater and saw a trailer for the new RoboCop 2014 movie. Have any of you seen this?! I’m not usually one for remakes but this actually looks pretty awesome! Seeing one of the coolest late 80s action heroes reborn made me remember a very special issue of RC Car Action. October 1990 was the issue that blew my mind by putting not only a person on the cover but RoboCop himself! The feature was a full length article on an amazing project truck and while that would’ve been good enough for 14 year old me, the entire issue was packed full of awesome stuff. Inside there was more RC goodies like the all new Team Associated RC10 Graphite and a look at the ROAR Dirt Oval Nationals winning cars… yes ROAR had a dirt oval national back then! So here it is, Thursday. One more day to go in this work week and only a couple more weeks to go until Robocop 2014 releases in theaters but for now, I hope you enjoy one of the coolest projects, I think, to ever appear in RC Car Action. 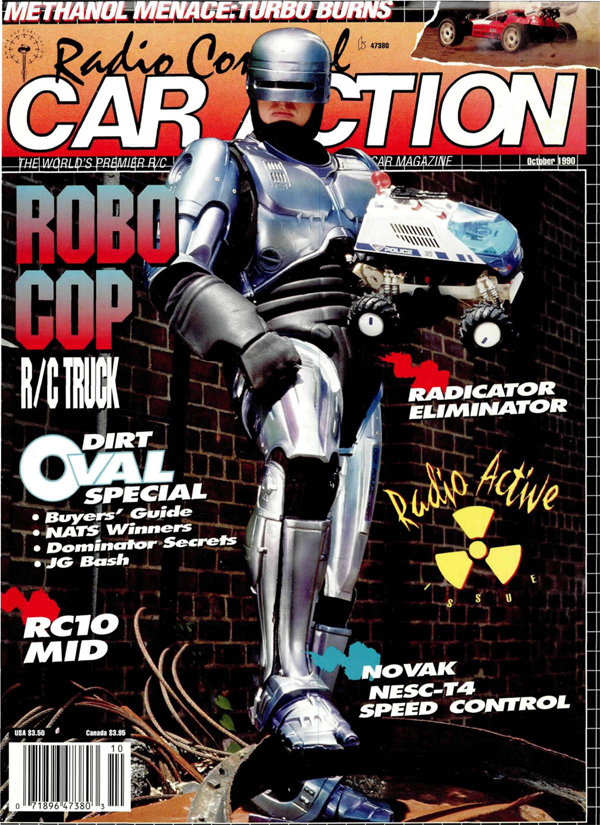 In much the same way the story starts for a lot of scale builds these days… “It all started in a local toy store…” is how builder David Semanik told us it all began with Project RoboTruck. It isn’t by any means one of the more elaborate projects RCCA has ever seen but it certainly was one of the coolest, I mean we got Robocop for the photo shoot! The truck itself was actually just a Kenner toy body mounted onto a Traxxas Sledgehammer and as you can see it was left pretty much stock with just a set of RAm lights and Kyosho flashers along with few GI Joe guns and a wheelie bar off a Tamiya Lunch Box but the finished project was one that to this day has stuck out in my mind as one of the best. 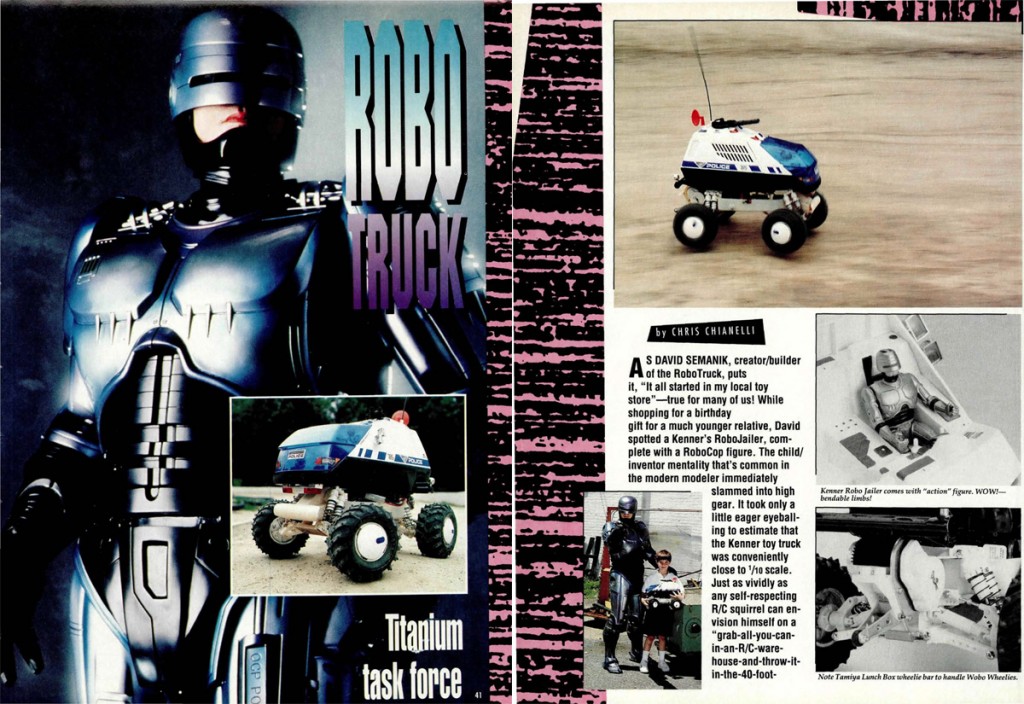 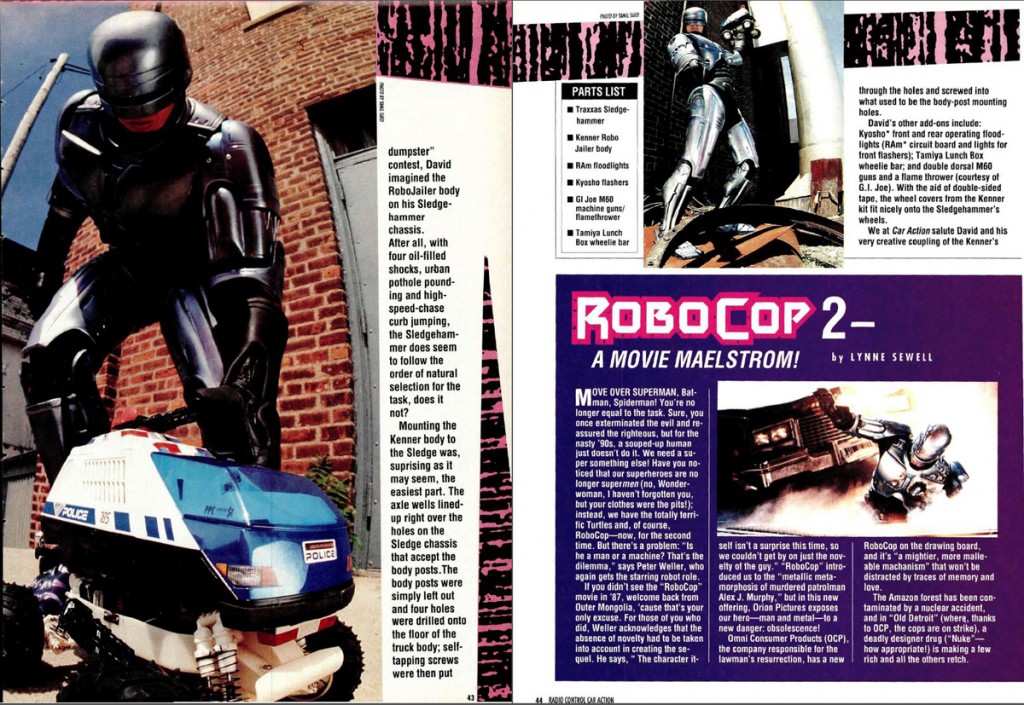 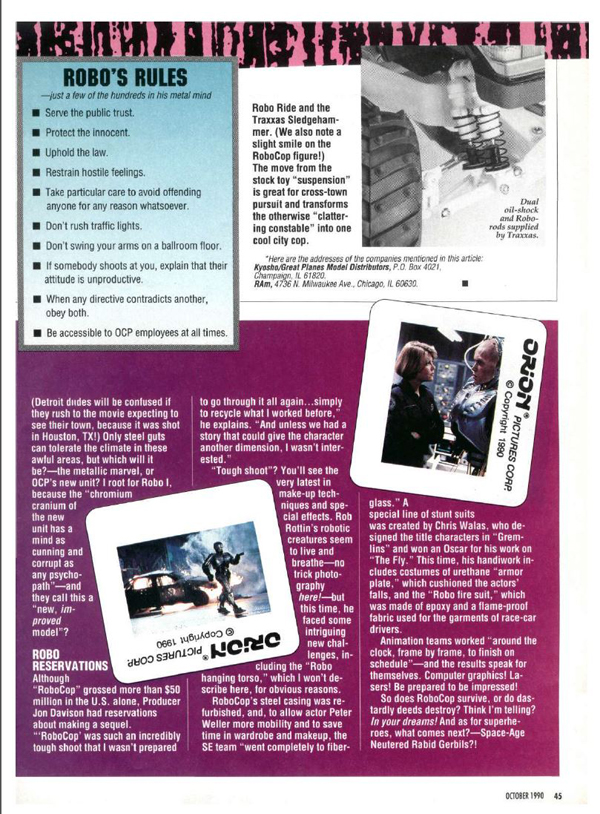 When you come out of the box with something as incredible as the RC10, where do you go from there? A car that had been so wildly successful and one that had been revised a couple of times to stay at the top of its game was certainly one that would be hard to replace. So in the Summer of 1990, Team Associated released the RC10 Graphite. A car the built on the new wide arm front end of the gold tub car and lightened things up by using a single deck graphite chassis. The chassis itself was totally revolutionary for its time and featured a front kickup that was molded into the chassis plate so it would be more rigid and for the Graphite, Team Associated released their new Viper body which would lend design cues to the buggies yet to come. The resulting car would continue on in wild success and become the club racers’ go to car of the day. 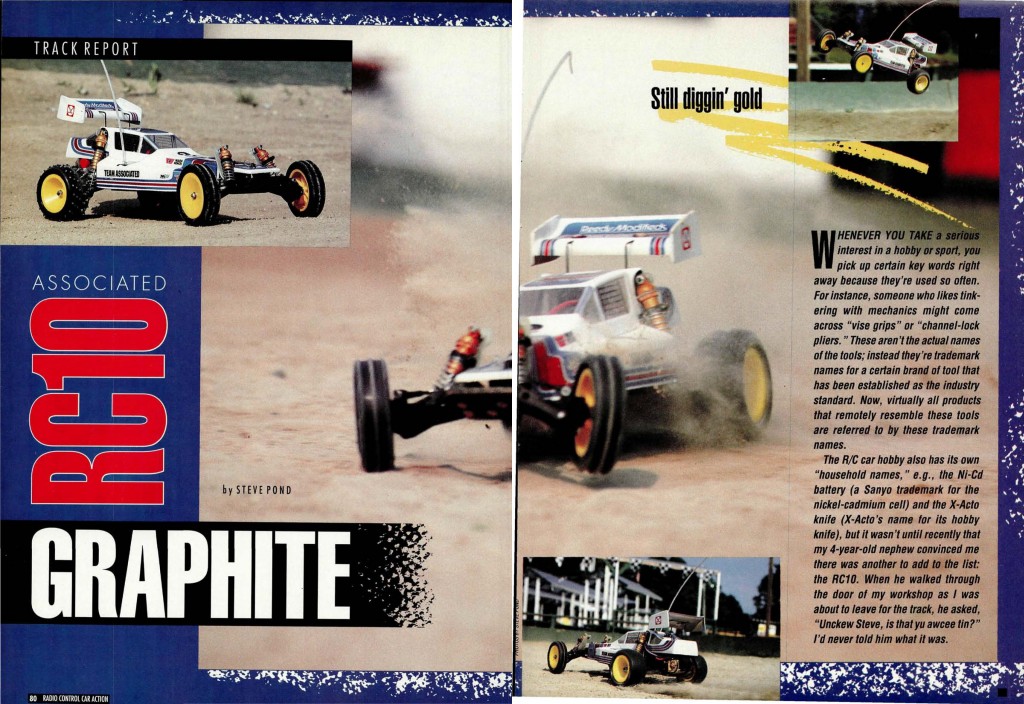 ROAR has scaled things back a bit these days but in 1990 oval racing in general was still huge and at the time, the sanctioning body even held a National level oval races. And like today, in those days there was no company as strongly rooted in dirt oval racing as Custom Works. It really comes as no surprise that CW took top honors in both 2WD and 4WD at the Nats that year but it was more telling than anyone at the time may have realized as the two winners were at the time CW co-owner Brian Landgraff and someday to be CW General Manager Rob Cutman. They swept the Nats together as Team Trinity factory drivers and forever forged their names in the history of dirt oval racing. 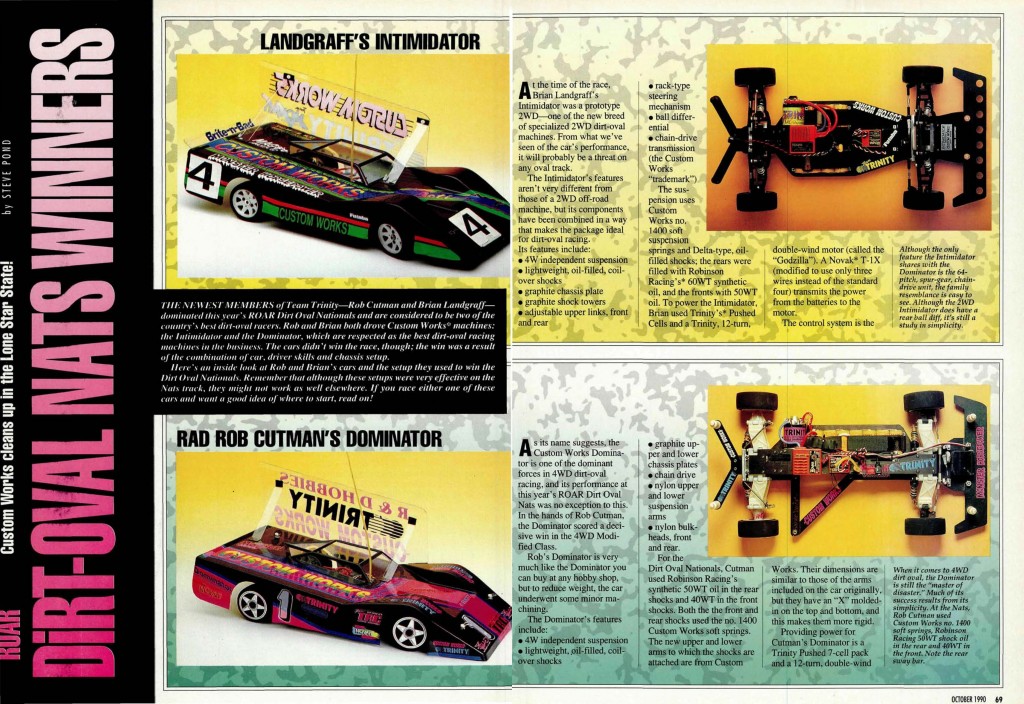