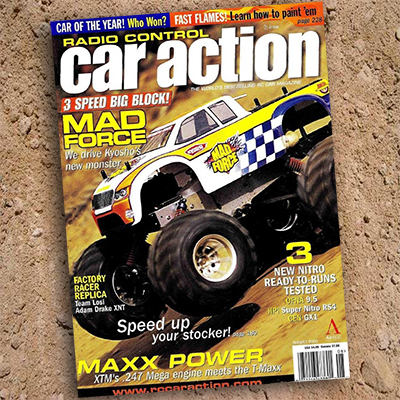 Let’s take a look at the year 2002 for this week’s Throw Back Thrusday. The cost of a stamp was $0.37, Kelly Clarkson won the first season of American Idol and The Lord of the Rings: The Two Towers was a popular move at the theaters. Kyosho gave us a shock by releasing its first solid-axle monster truck and we announce the Car of the Year. 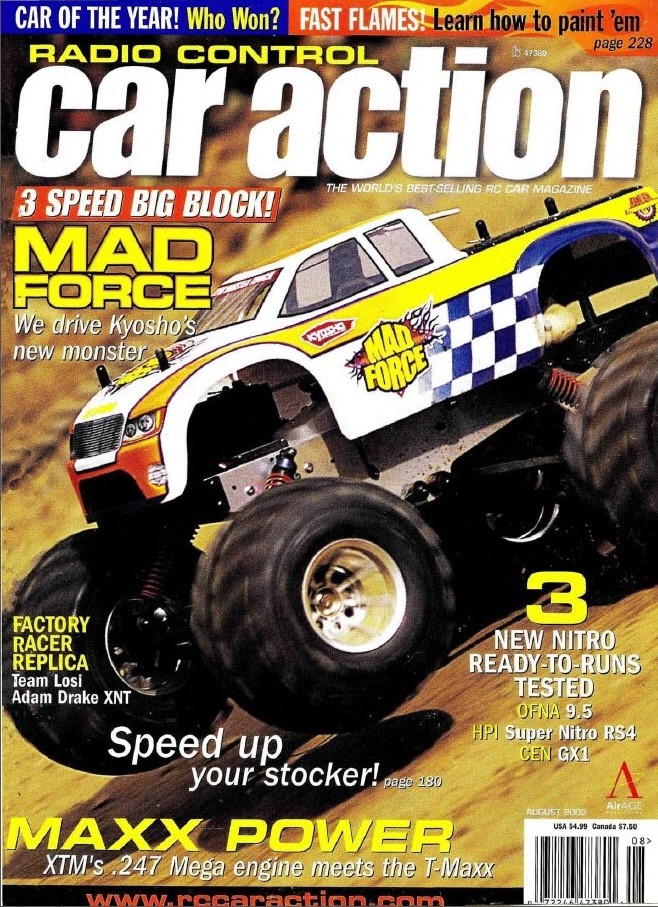 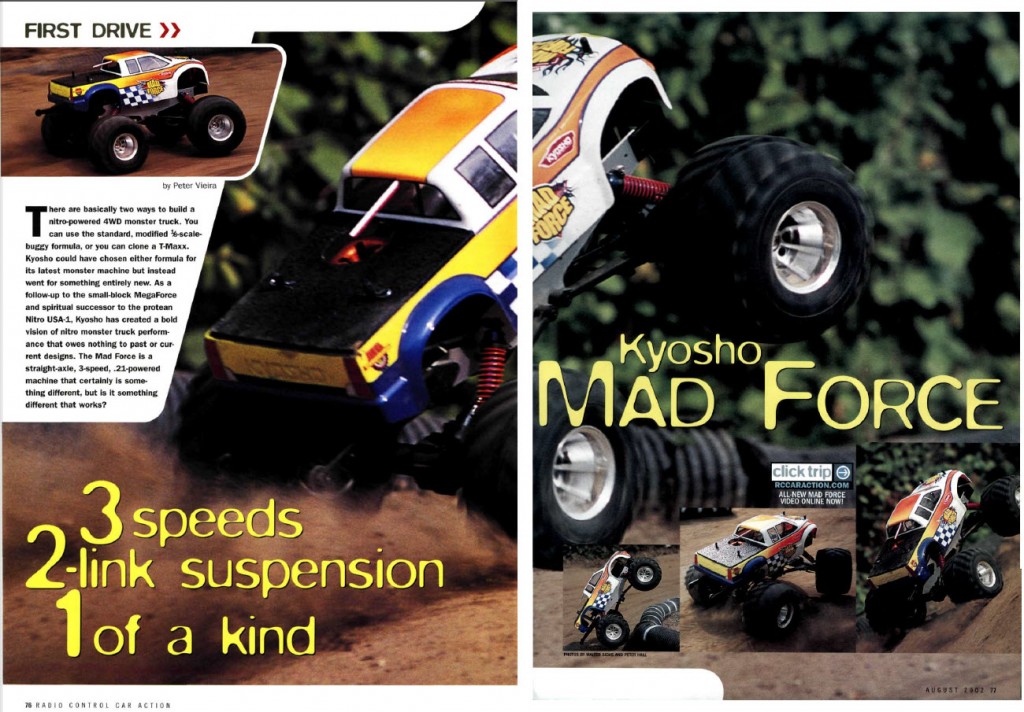 The Kyosho Mad Force doing what it does best: wheelies. This was the first time we saw a solid axle monster truck from the big company and couldn’t wait to get it tested–with big-block power and a 3-speed transmission, who wouldn’t be?  The Mad Force lives on today as the Mad Force Kruiser GP 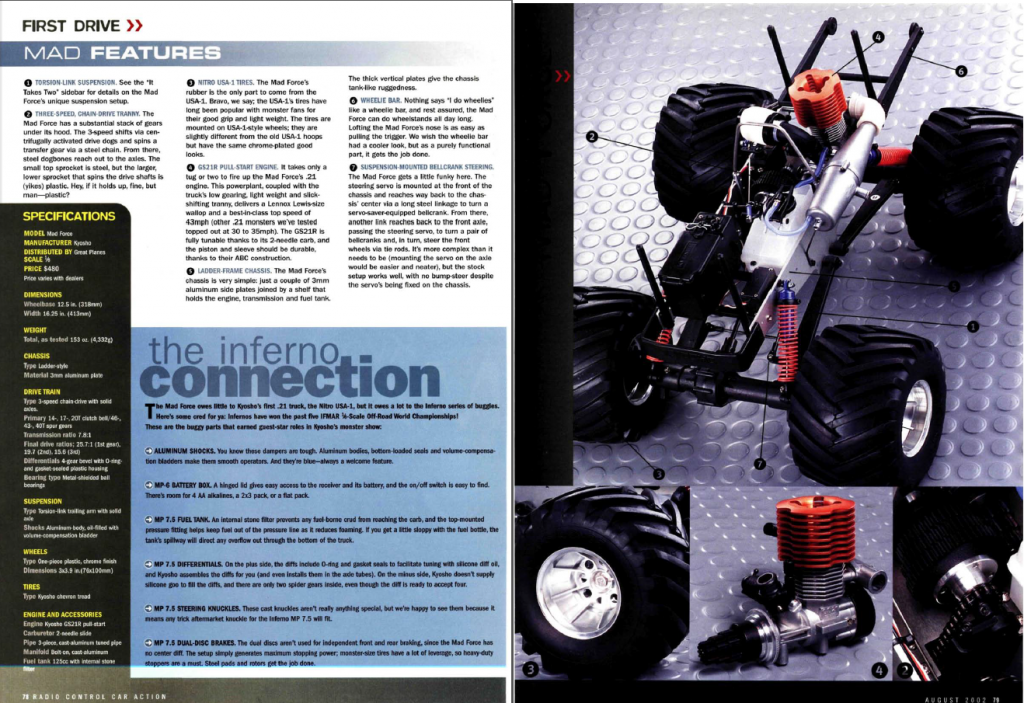 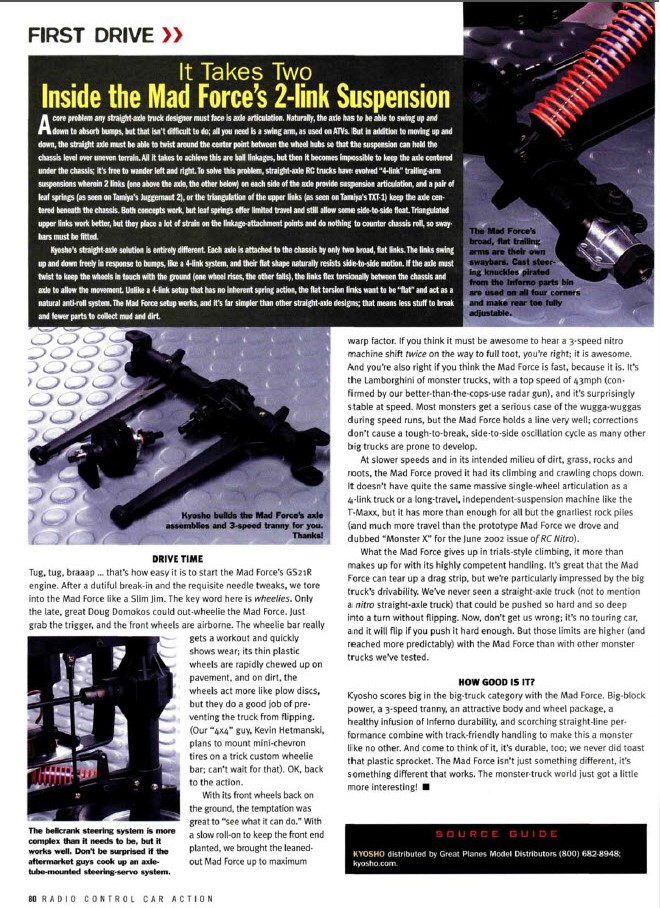 We were surprised to see Kyosho release a solid axle truck but more surprised that it was nitro powered. The truck was very light and coupled with a three-speed transmission and that combination gave the truck lots of low end grunt and hair raising top speed. Another unique feature was the steering system that had the servo mounted in the chassis and connected to the hubs through a series of linkages and bell cranks. 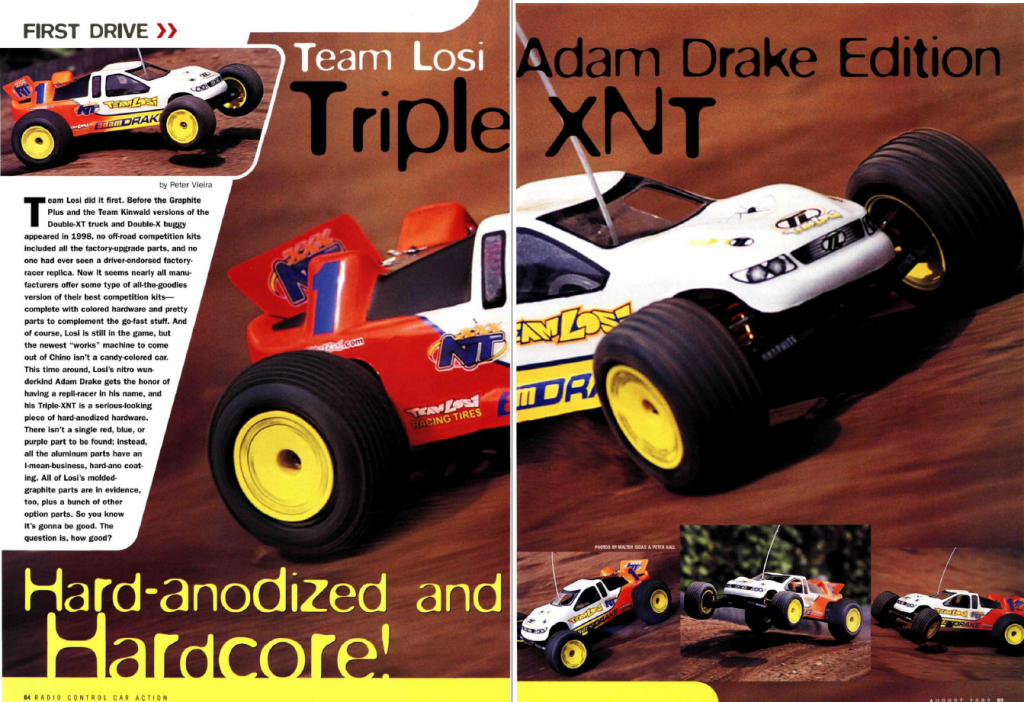 Before the brushless-and-LiPo revolution and the dawn of short-course trucks, 2WD Gas Truck was a red-hot class. The Triple-XNT was a winning truck and Losi ramped it up with the Adam Drake version. The Drake model was loaded with all of Losi’s go-fast parts, and was a regular main-maker in the heyday of nitro power. It was followed by an “Adam Drake 2” edition that would go down in RC history as Losi’s last 2WD gas truck — for now. 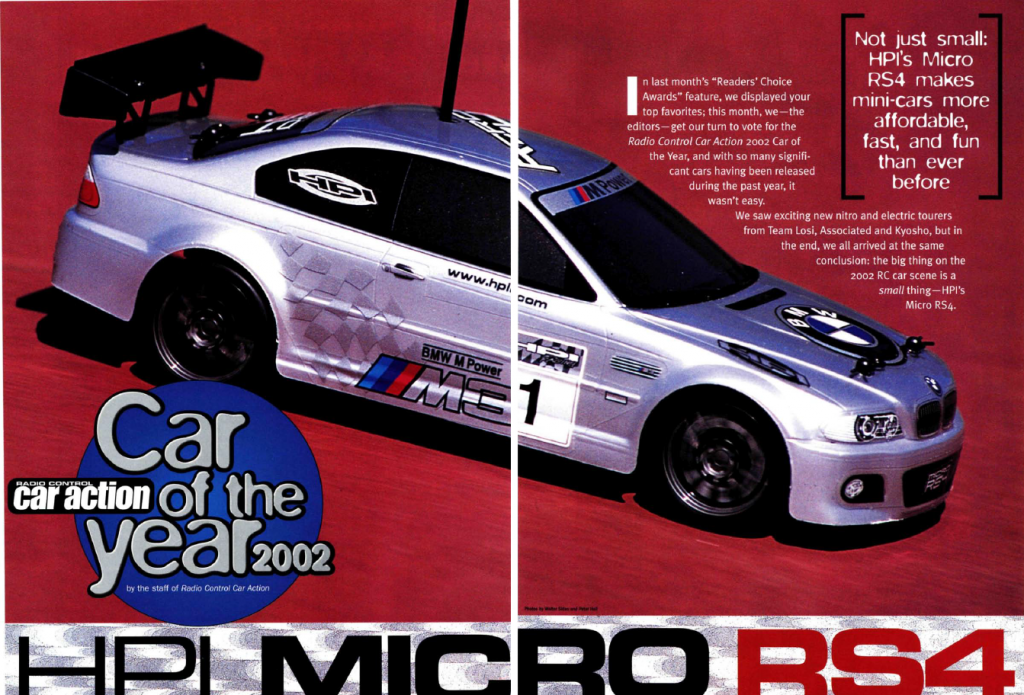 For our Car of the Year award, the big winner was a small machine. The HPI Micro RS4 wasn’t the first micro car but it was the first one to become a class-making hit as opposed to being a novelty car. HPI still offers the car, most recently in Ken Block colors. 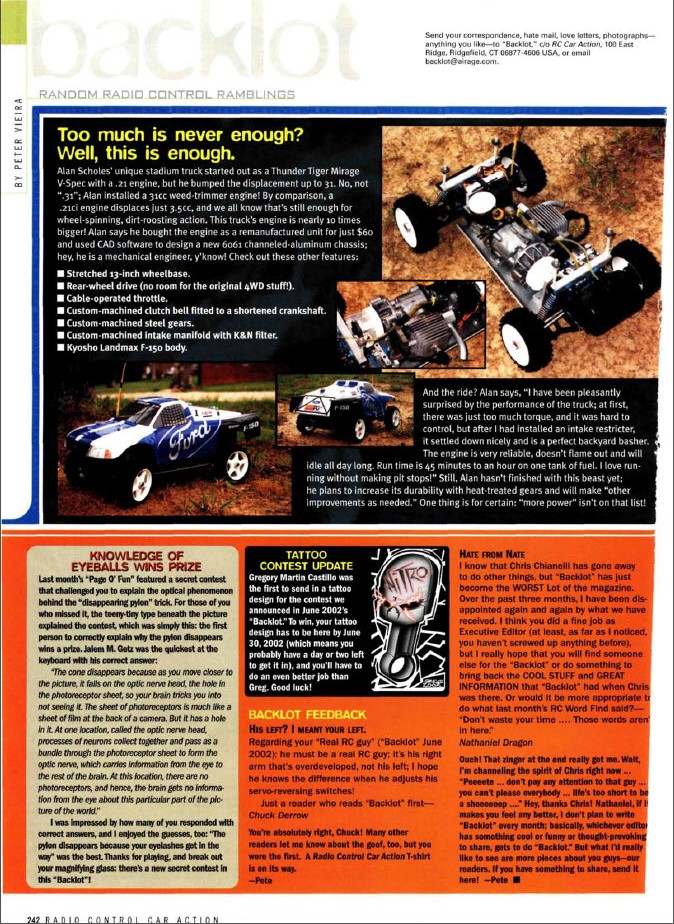 You can never have enough power in an RC vehicle and companies like HPI Racing understand that and that is why they released the Savage XL Octane with an engine that is three times larger than any other engine out there. In 2002 we got photos from one of our readers showing a 1/8-scale buggy with a 31cc engine stuffed into it. This thing is pretty sick.