Considered a favorite among racers, the Psycho Nitro Blast has a bit of everything for everyone. Featuring around the clock action and held on a temporary track in a horse arena, the event brings together some of the fastest racers in North America and abroad. Started in 2008, this event has grown to be one of the biggest on the racing calendar. A highlight of the race that took place April 7-9 was the demanding track. Featuring a huge 60 foot, triple jump, the racers faced a host of big challenges with lots of air time control. In the end, it was Tekno’s Ryan Lutz and Joe Bornhorst who took the premiere classes and TQ’d ahead of some other big name pros in the field. With over 900+ entries, this event was a huge hit. Check out some of the action below. 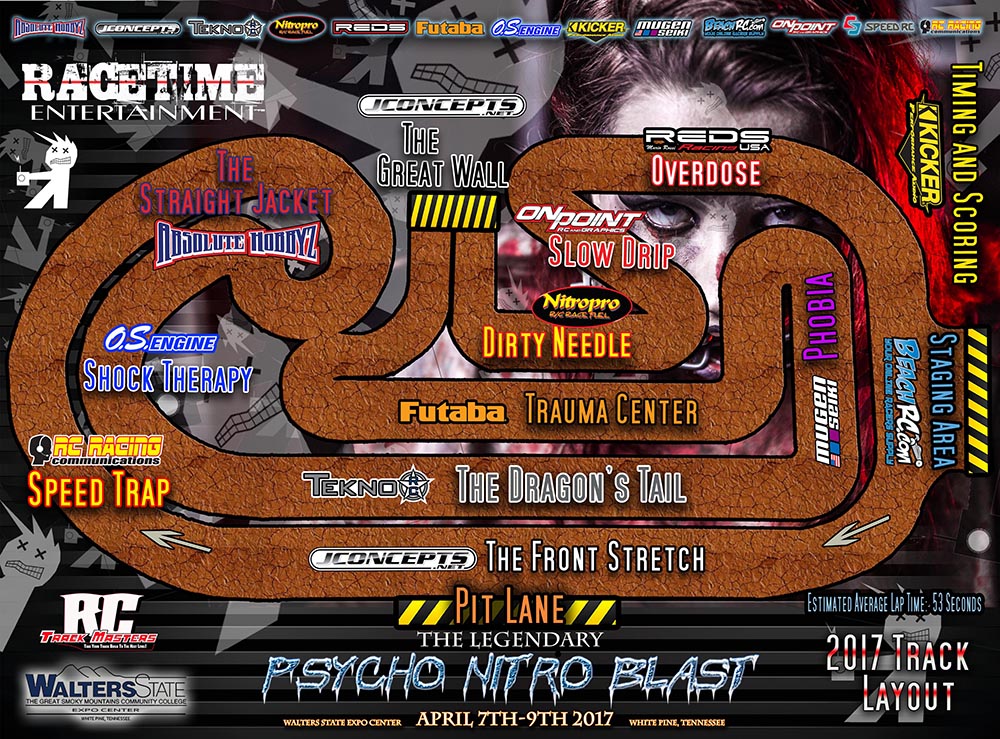 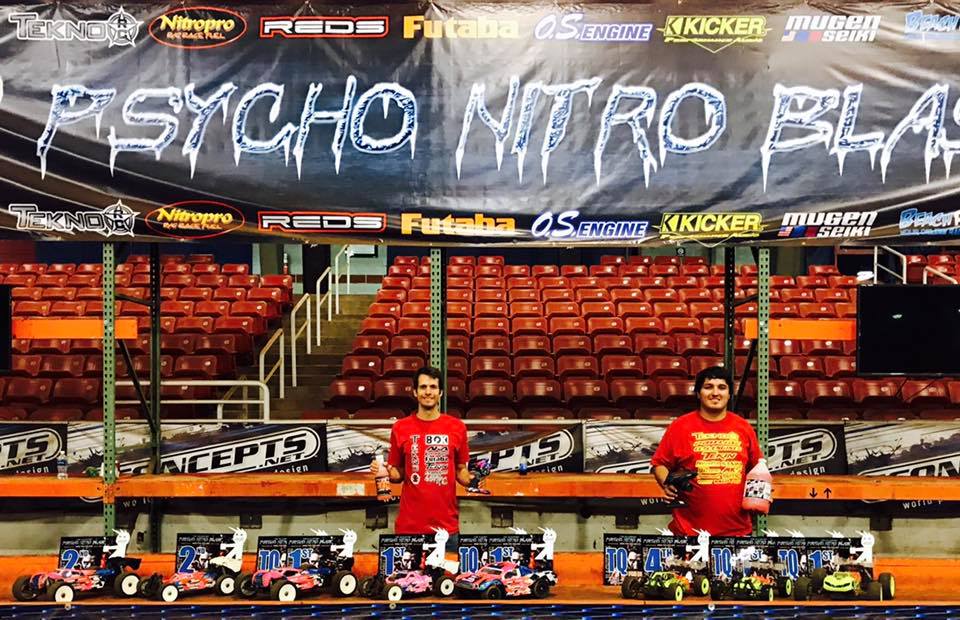 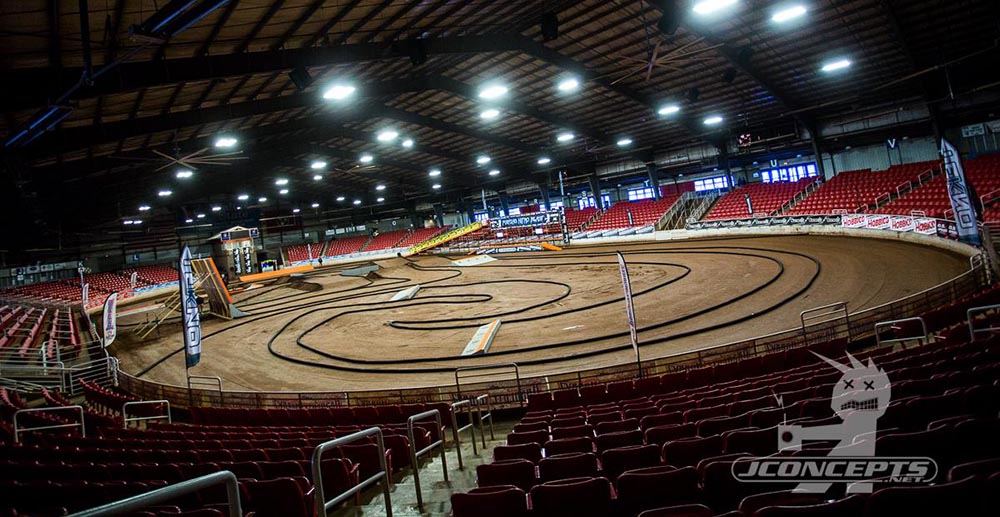 The massive layout at this year’s event.

Another view of the track.