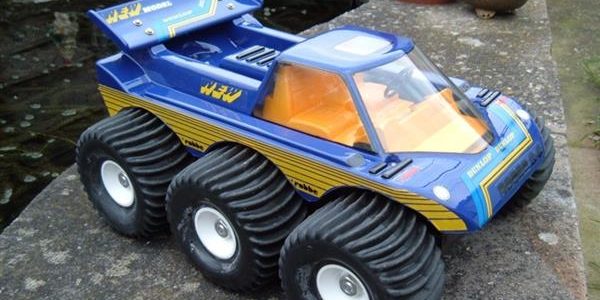 We asked you to tell us what you think are RC’s weirdest-looking vehicles, and you definitely found some wild and crazy machines. Along with our own pics, you turned up bizarre front drivers, Robotech-inspired futuristic rides, and mind-boggling homebrew projects that stretch the limits of RC imagination. 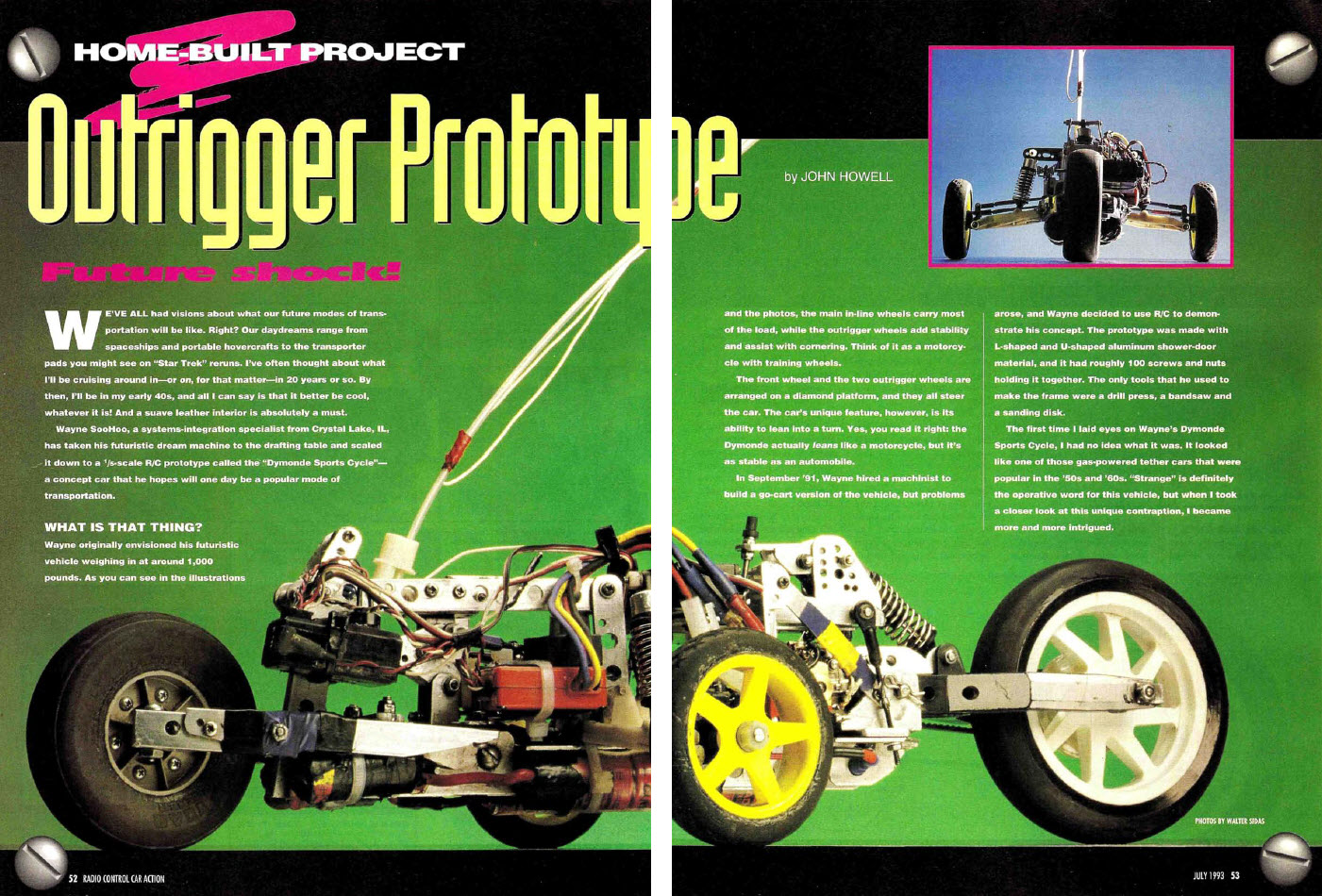 This unusual homebuilt apeared in our July 1993 issue 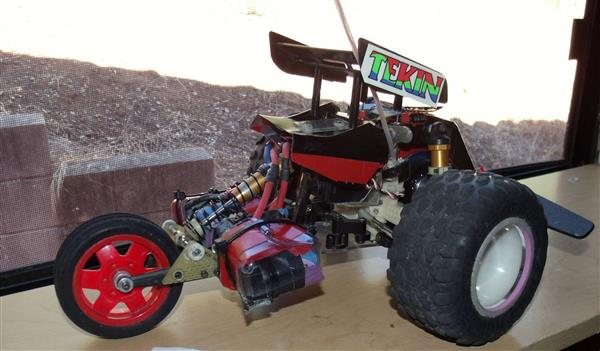 John Grimes offered up his trike design via Facebook. “The red wheel is the back,” notes John. 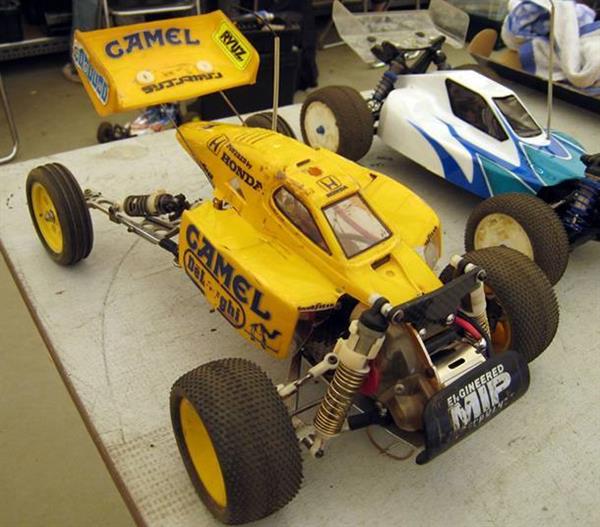 Front-drive buggies demand attention. This is a “Ryuz FF,” which also appeared as the “Kanda Special” alongside a pair of other front-drive customs in what appears to be Japan’s RC World magazine. 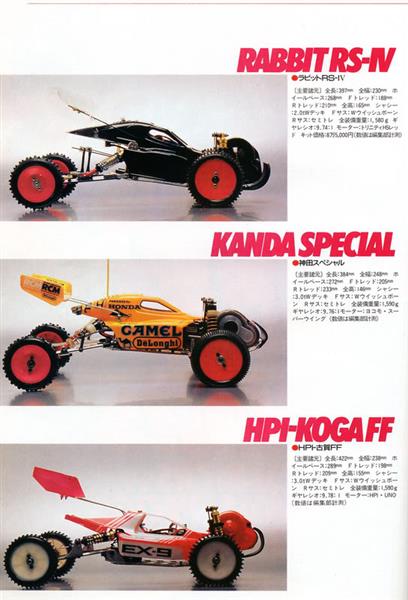 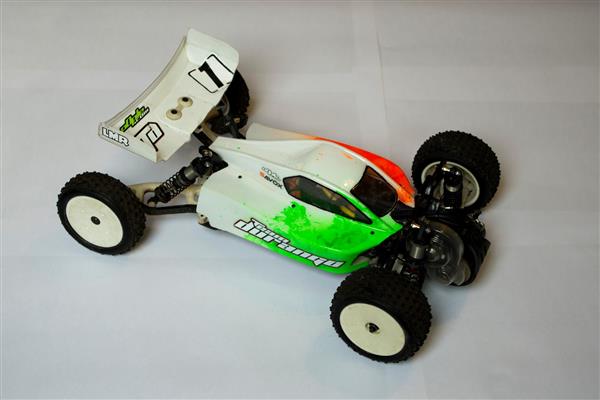 The concept lives on with ORB racing, which features the gearbox, driveshafts and shocks from the Durango DEX210. 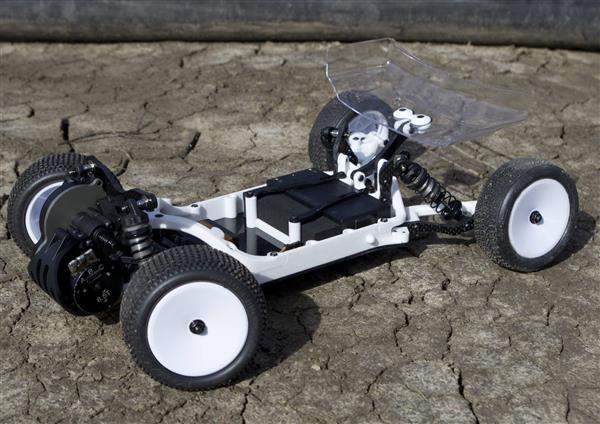 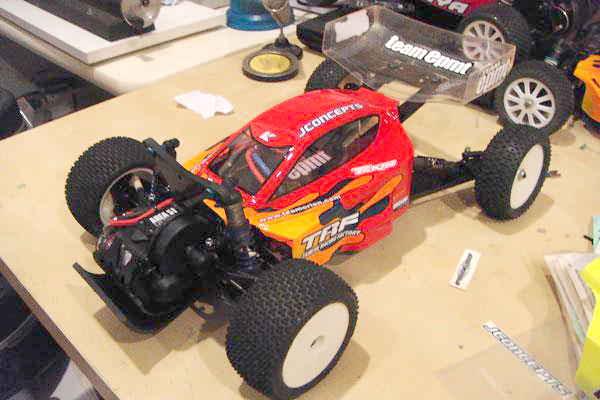 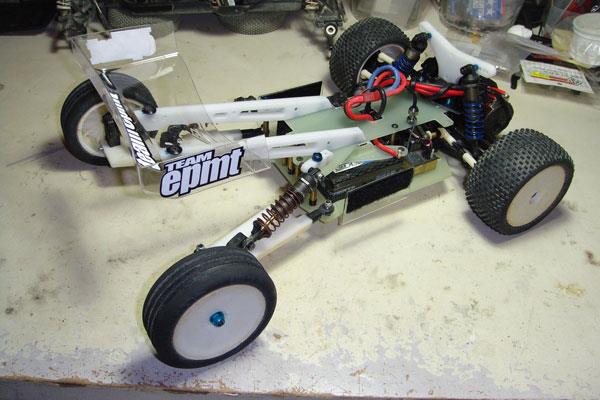 Here’s an earlier version of the Blood Clod design. 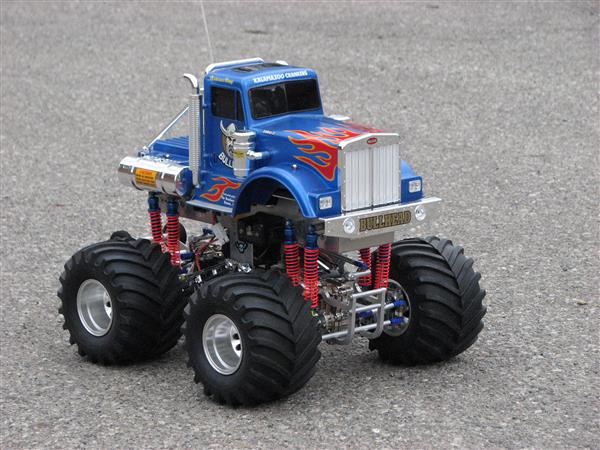 RCCA Facebook fan Dennis Brien nominated the Tamiya Bullhead as one of RC’s weirdest, and shared a pic of his own. 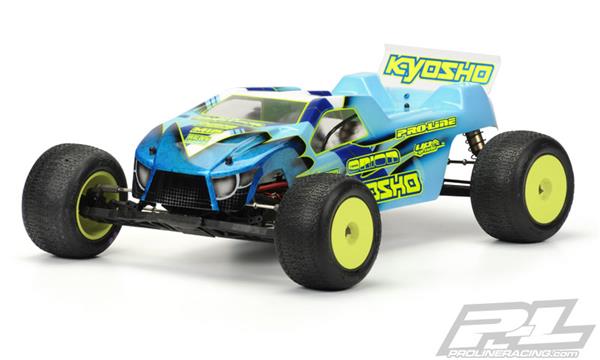 We’re used to seeing them now, and we get why they exist (better for track handling), but cab-forward bodies still look weird. Especially on stadium trucks. 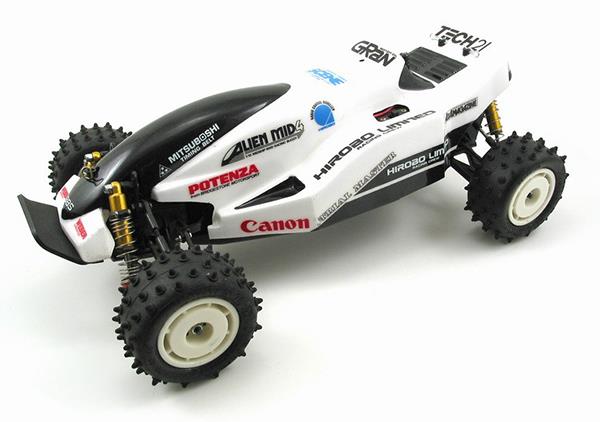 The Hirobo Alien was cab-forward over 20 years ago, at the peak of RC’s outer-space styling period. 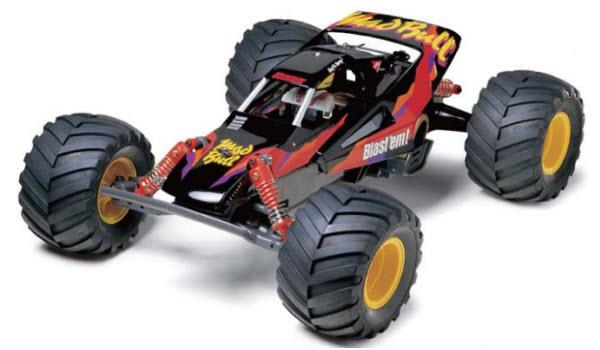 There’s a few Tamiyas on this list. The Mad Bull pairs up a Grasshopper II body with Midnight Pumpkin wheels and tires to create this strange proto-truggy. 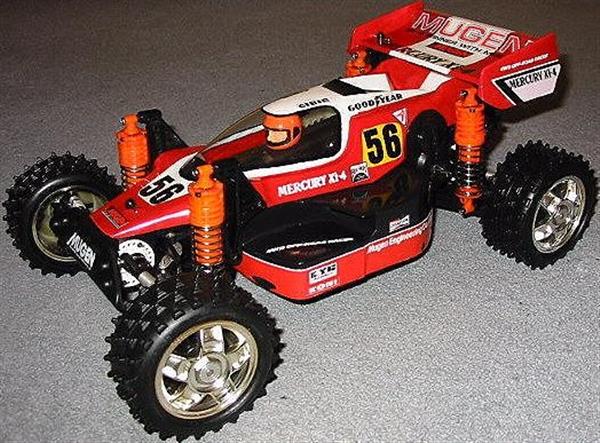 Later versions became more conventional looking, but the first-gen Tenth Technology Predator was like something from another planet and way ahead of its time with a front wing and F1-style inboard shocks. Photo via IconicRC.com 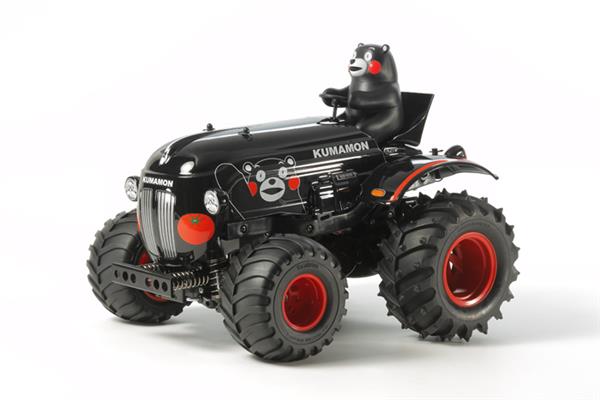 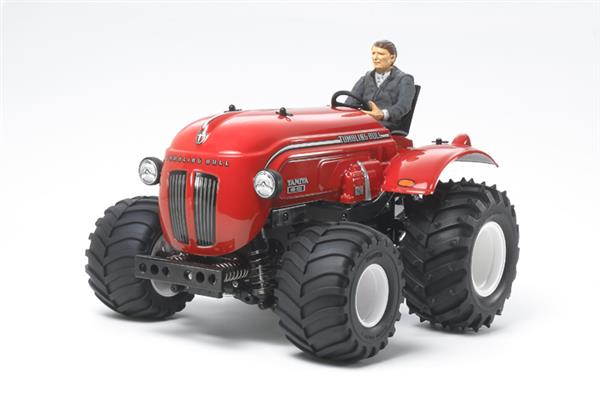 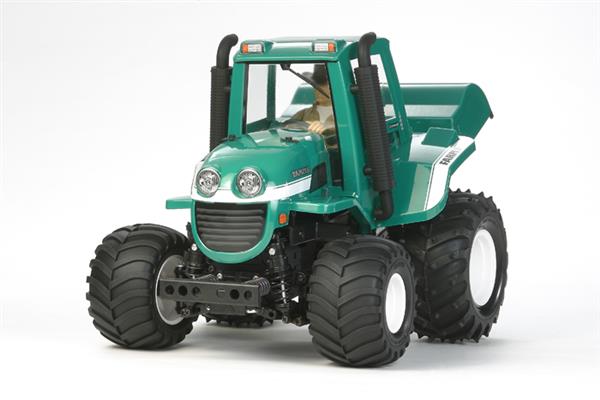 Leave it to Tamiya to have a full lineup of crazy wheelie-popping tractors. 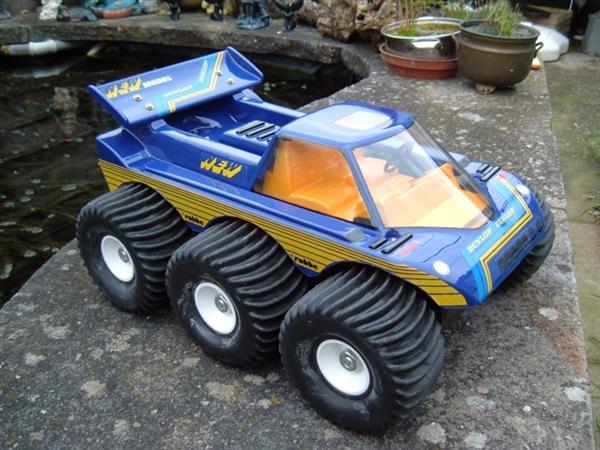 The Robbe Amphibian, via Tamiyaclub.com user “richytanimal.” We’d love to drive this one. 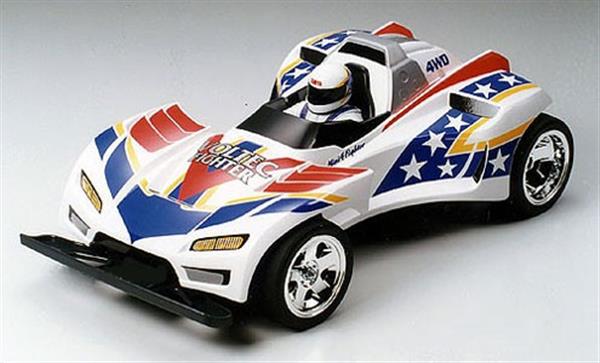 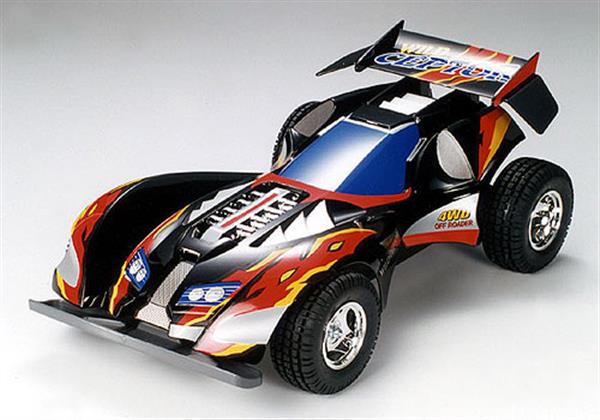 This pair of unusually styled machines is from Tamiya’s “RC for Boys” series (It probably sounds better in Japanese). Think RC versions of Tamiya’s free-running Mini 4WD cars, designed to be super-easy for kids to build. 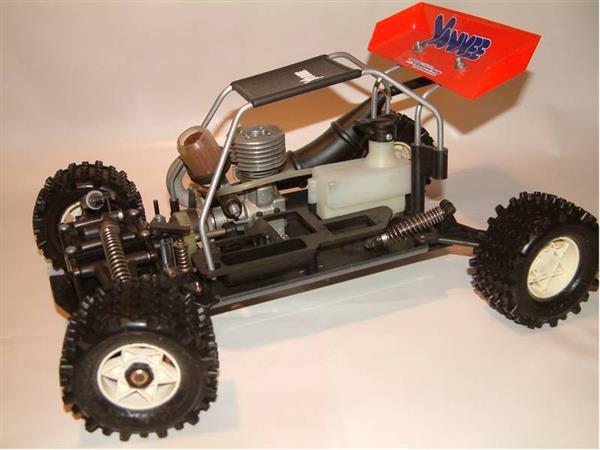 This Yankee TR85 belongs to Tamiyaclub.com member “f2g78.” If shopping-cart styling is your thing, this is your car.