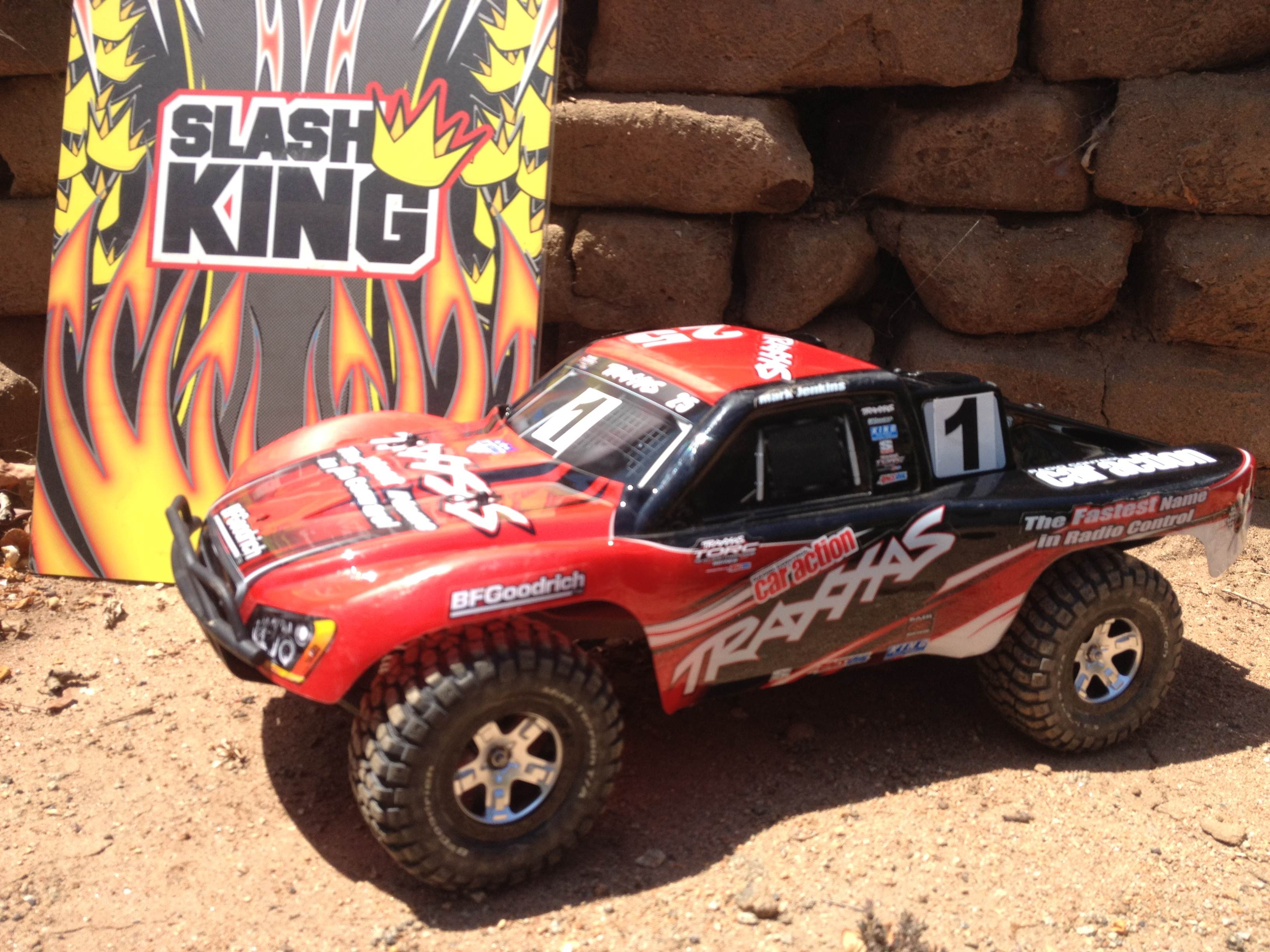 The spirit of RC racing has simple roots; humans are competitive. The urge to join ones peers on the drivers stand at the local track comes from the (healthy…hopefully) competitive nature ingrained into us at birth. Racing a radio control car is simply another way that humans exercise their drive to improve one’s skills in order to beat all rivals and challengers; it may not be as rudimentary as the 100-meter dash or enjoy the spotlight of pro football, but the desire to participate still comes from the sense of accomplishment felt after beating the absolute stuffing out of your opponents.

I thought about this while packing up to head to the track this past Tuesday, because when I got to the top of the driveway I saw a kid driving his Slash around the cul de sac… and I realized I was holding the same truck in my hand. I’ve lived in three different residences in three very different parts of California since the Traxxas Slash debuted – and I’ve had this happen to me at all three.

On top of its popularity in front yards everywhere, the Traxxas Slash has been a staple at racetracks across the country since it created the short course craze over four years ago, and one of my favorite tracks – Hot Rod Hobbies in Santa Clarita, CA – has restarted the wildly popular “Slash Spec” class that requires all box-stock electronics to enter. While I’ve been privileged enough to build and race some of the most exotic cars and trucks in RC, racing a $200 Ready-To-Run puts a smile on my face that sticks for days after I leave the track. That’s something that, as recently as a few years ago, I never thought I would say. Ever. When I heard that they were going to start offering the class at club races again, I didn’t hesitate to start putting together a new truck.

Spec classes are often chastised by dedicated racers for the same basic reasons; lack of equipment diversity, difficulty in policing rules, and the one that I find the most confusing – halted progression. Those who dislike spec racing cite the restrictions on new products as preventing the cars from getting faster, but fail to address the separation of progress from spending money. Rather than purchasing a new component in order to gain an advantage, spec classes are won with driving skill and tuning prowess, gains that can be found by practicing rather than purchasing. Shouldn’t that be the bigger reward?

This isn’t a debate about spec classes, but simply identifying where the spirit of where RC racing really lies: it’s not in your car you’re driving, the box of soft compound tires you plan to burn through that weekend, or the new ESC that you can’t wait to buy. If you knock three-tenths of a second off of your best lap of the night because you moved your shocks out one hole on the rear arms and it allowed you to carry more speed around the sweeper, you’re still racing. If you improve on your qualifying position by making smart moves in traffic to pick up a few spots by the end of the main event, you’re racing. And if you continue to refine your car control by logging lap after lap of practice in search of more consistency, by definition you are racing an RC car.

I find charm in the simplicity of the Slash Spec class, but just because it doesn’t require tuning the ESC with a laptop or mounting six new sets of tires doesn’t mean the spirit of RC racing is missing. Without those distractions, there’s nothing left to focus on but how to navigate the obstacles on the track better than the other trucks…even I’m driving the same truck as the kid crashing into the curb at the end of my street.