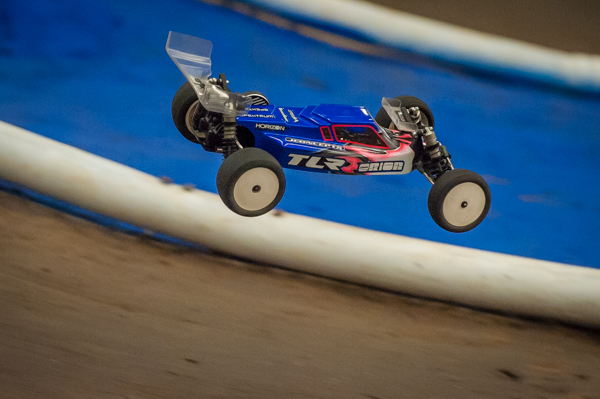 This weekend was the prestigious 2015 Pro-Line Surf City Classic held at OCRC Raceway in Huntington Beach, California. With some of the best factory drivers in attendance, the stakes were already high, but with $250 for first place, $150 for second, and $100 for third in every class except rookie,  a good showing meant more than just bragging rights. In the premiere mod buggy classes, it was TLR’s Ryan Maifield who was looking to repeat his dominating performance of 2014 and with TQ in both 2WD and 4WD buggy things were going his way. But, with a format of a ten-minute, single a-main instead of the more common triple a-main format, making a prediction was anything but a sure bet. When the horn sounding off the start of the 4WD buggy class, Maifield took a precarious lead with Team Associated’s Ryan Cavalieri hot on his bumper. Laps ticked off and Cav’ was looking for way around in what seemed like an easier and more predictable buggy to drive. Sure enough, Cav’ saw an opening when Maifield made a mistake, secured the lead up front and slowly inched away. Everyone was hoping to see Maifield mount a charge of his own, and at times he did, but as the race continued the gap slowly grew. Cav’s lead was soon measured in turns rather than inches. Unfortunately, that was as good as Maifield could do, and with only a couple of laps to go, Maifield dumped his battery and settled for a DNF, letting Cav’ cruise in for the win. 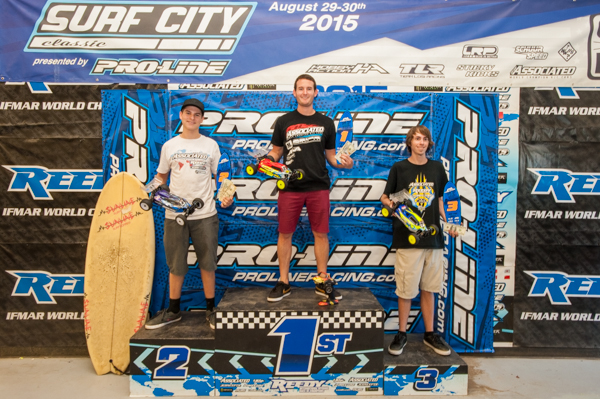 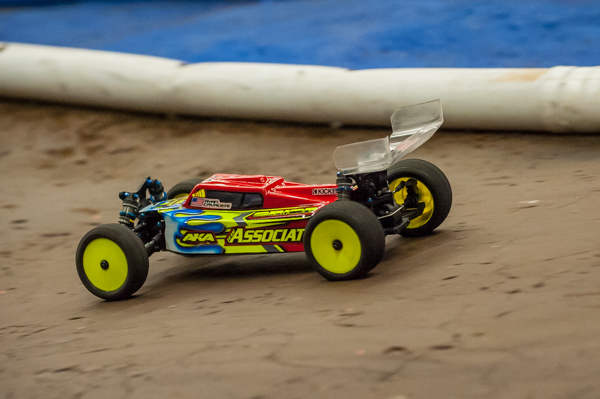 Ryan Cavalieri’s had his B44.3 set-up perfectly suited to the conditions of the ten-minute a-main and eventually got around Maifield for the win.

In 2WD buggy, it was a different story with Maifield looking a bit more polished and comfortable. He used his TQ spot to his advantage and gapped Cav’ and the rest of the field with seemingly easy, fast lines. This time it was Cav’ who was making the uncharacteristic mistakes and he had to watch as Maifield increase his gap to take the win. It was only fitting that he be rewarded for his efforts after such a strong showing throughout the weekend. 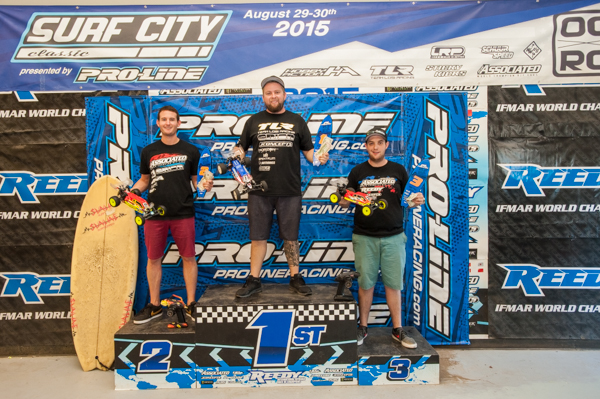 Ryan Maifield drove his TLR 22 2.0 from its TQ spot all the way to the winner’s circle with effortless lines.

In the mod stadium truck class, it was TLR’s Dakotah Phend who was putting on a display of his own. With the Ryans sitting out for this class, Phend seemed like he lacked a serious adversary, and he secured the TQ spot early on and went on to take the a-main as he lapped the field on his way to the win with the other drivers fighting for the remaining spots on the podium. 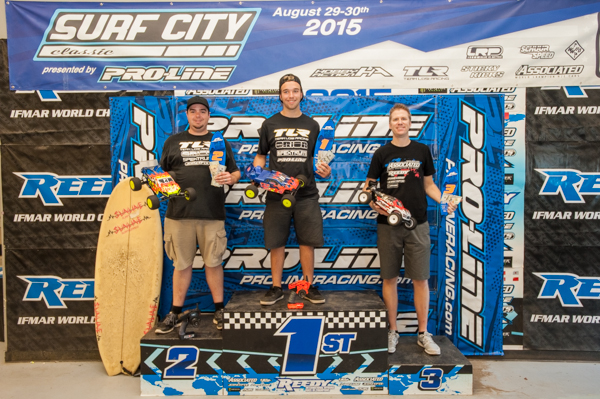 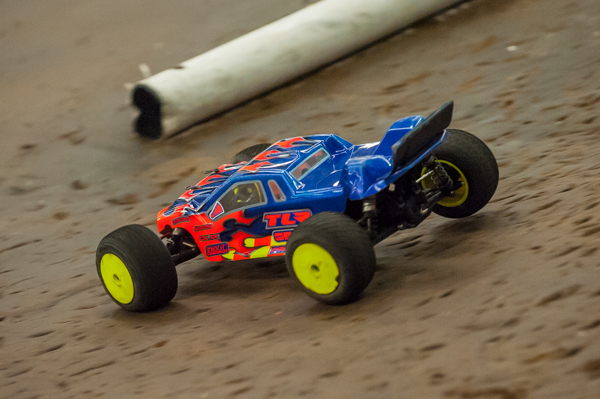