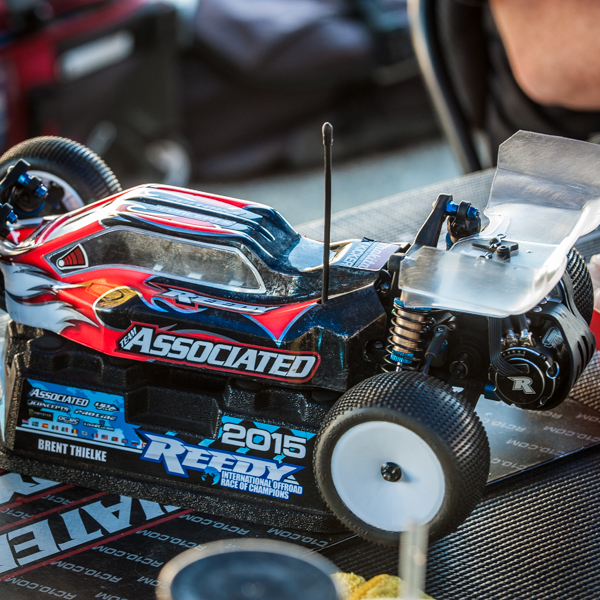 Leading up to the 2015 Reedy Outdoor Off-Road Race of Champions there was a lot of speculation as to what the pros planned to use. Thoughts of RC10 gold tub 2WD fun swirled, but the reality is actually positioned almost squarely in the modern era. In fact only one driver is using the Team Associated’s old Worlds Edition, and he happens to be spanking a lot of the field with it in 17.5 buggy, and sits comfortably in an a-main position. Another notable exception is Team Associated’s Team Manager Brent Thielke who is running the rear-motor B5. He explained that the buggy may not have the super fast lap times being put down by the mid-motor buggies, but it’s much easier to drive and much more consistent leading to better runs overall. Also, not surprising, everyone including the factory drivers are all running soft outdoor tire compounds with lots of pin, but they are also running their indoor vehicles with most drivers making minimal changes to their set-ups. 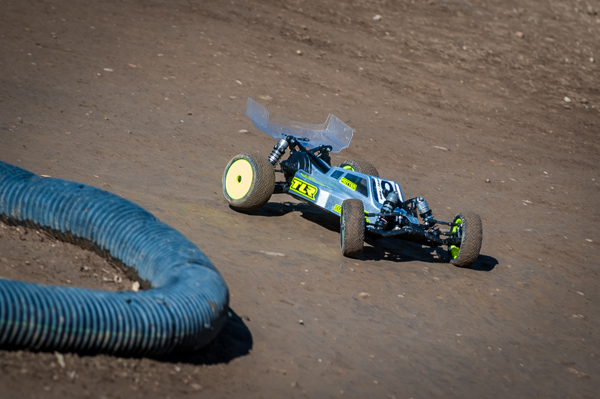 TLR’s Kevin Motter is one of the Factory Drivers using modern equipment including the new 22 3.0. 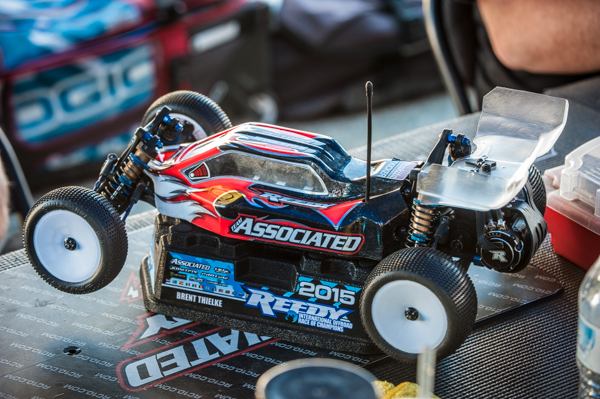 Team Associated’s Team Manager Brent Thielke is an exception to the rule and is choosing to run the rear-motor B5. 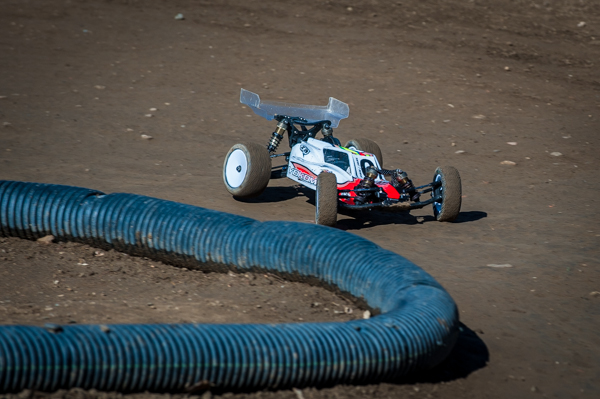 Yokomo’s Carson Wernimont is running the YZ-2 and YZ-4, both vehicles developed specifically for use on AstroTurf. 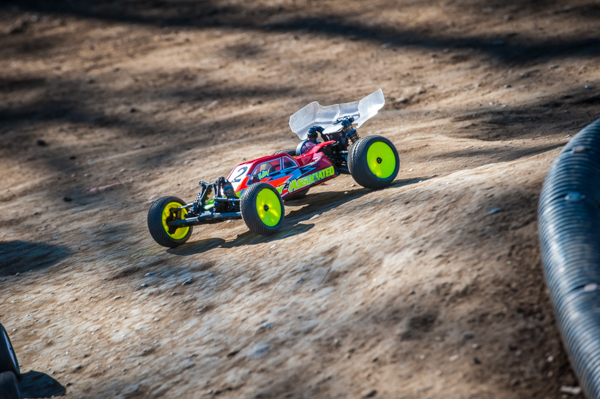 Team Associated Engineer and unofficial Factory Driver Kody Numedahl believes modern buggies work in all conditions and is currently running his buggy with the same set-up he developed on OCRC’s high-bite clay. 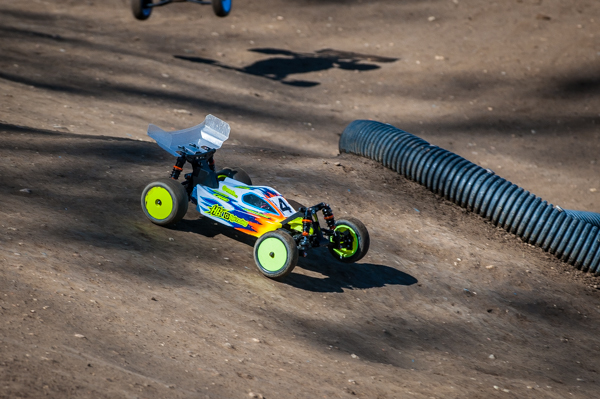 HB/HPI’s Drew Moller is running the new D216 2WD buggy, but had a DNF with issues related to pre-production parts since the buggy still isn’t quite ready for release.