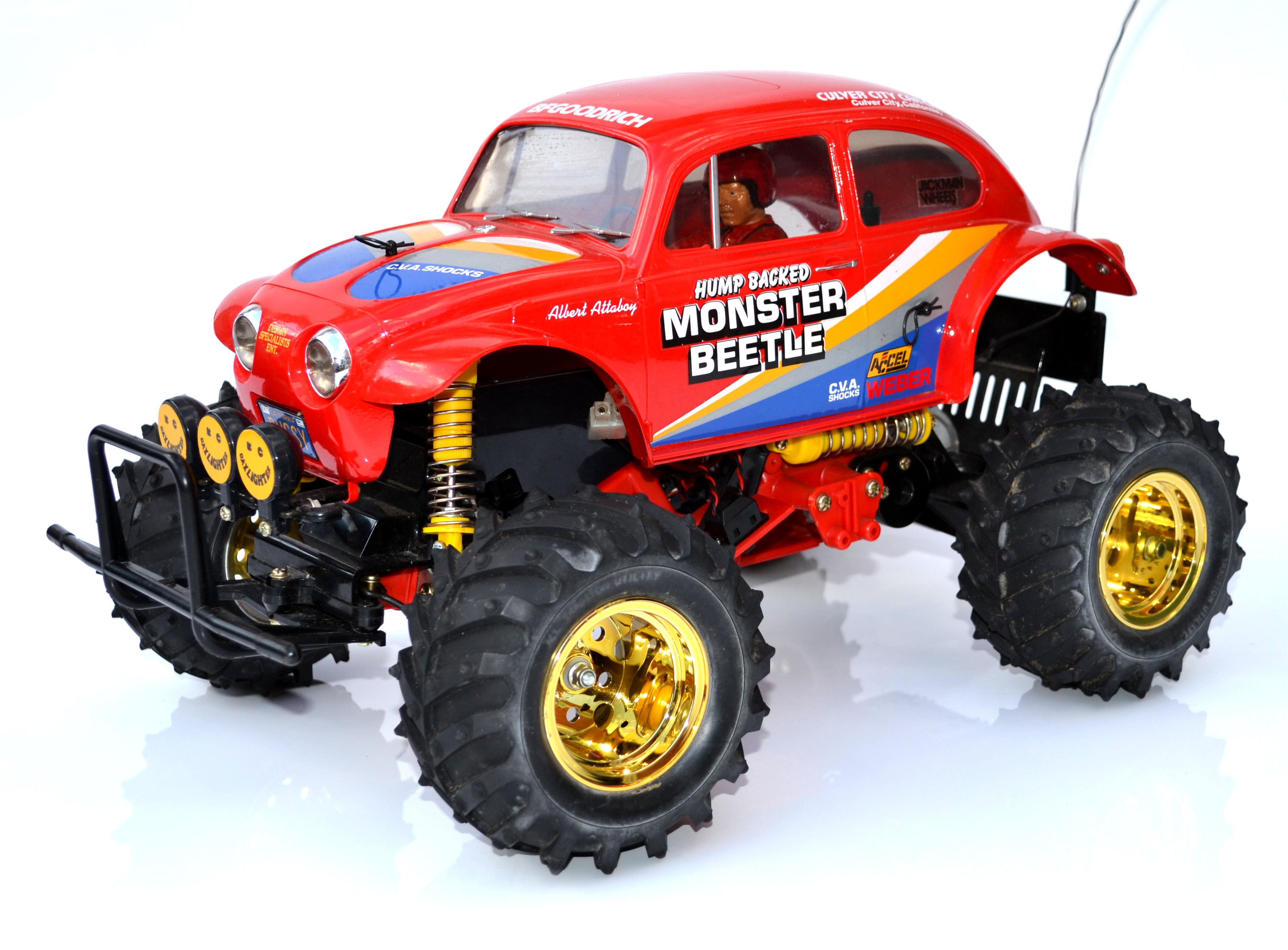 I’ve built a ton of trucks in my many years in RC and yet there are some that I never had the chance to build or modify. We all have the “I wish I had that or this” stories when it comes to RC and this is my time machine shopping list of the trucks that got away. 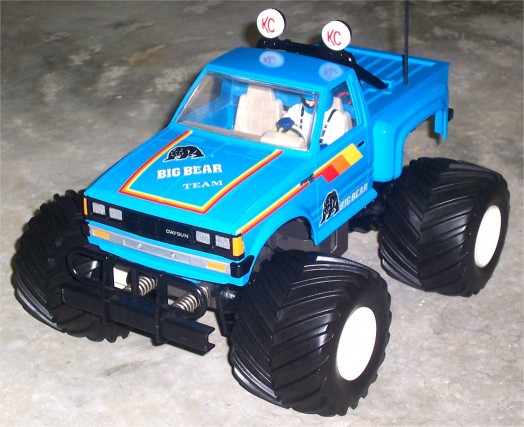 Marui Big Bear
I can still remember seeing the ad in Radio Control Car Action for the Marui Big Bear. I always liked the look of it but then I was able to see it in person at my local hobby shop and really fell in love. The body was well detailed, and how could you not like those big tires? The Big Bear wasn’t the best handling monster truck out there but for me its looks more than made up for that. Photo: iconicrc.com 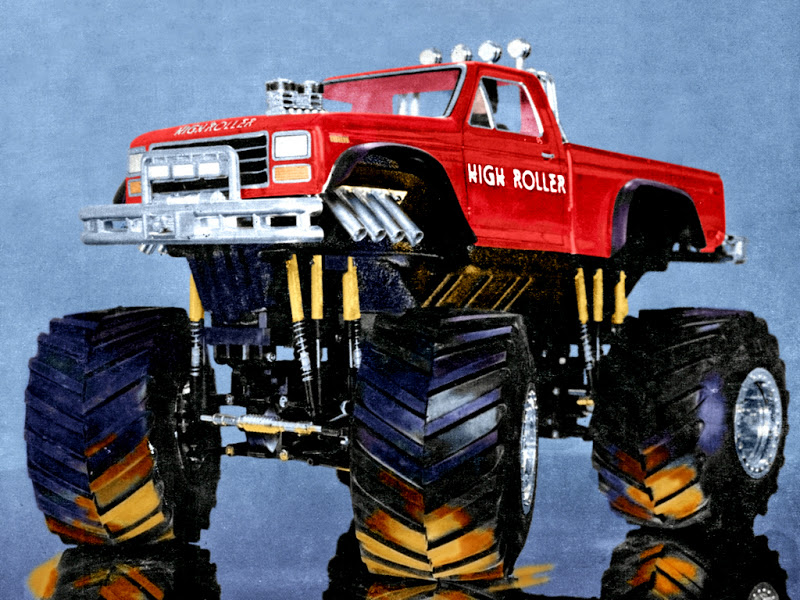 MRP High Roller
This is a truck that you didn’t get to see much of back in the day. The MRP High Roller was one of the first scale monster trucks and it featured large terra treaded tires, scale engine, scale shocks and more. At first glance it looks like it may be a solid axle truck but it actually had front and rear independent suspension with the shocks mounted on the top arms. I always wanted to get my hands on one of these trucks but it never crossed my path. Photo: clodtalk.com 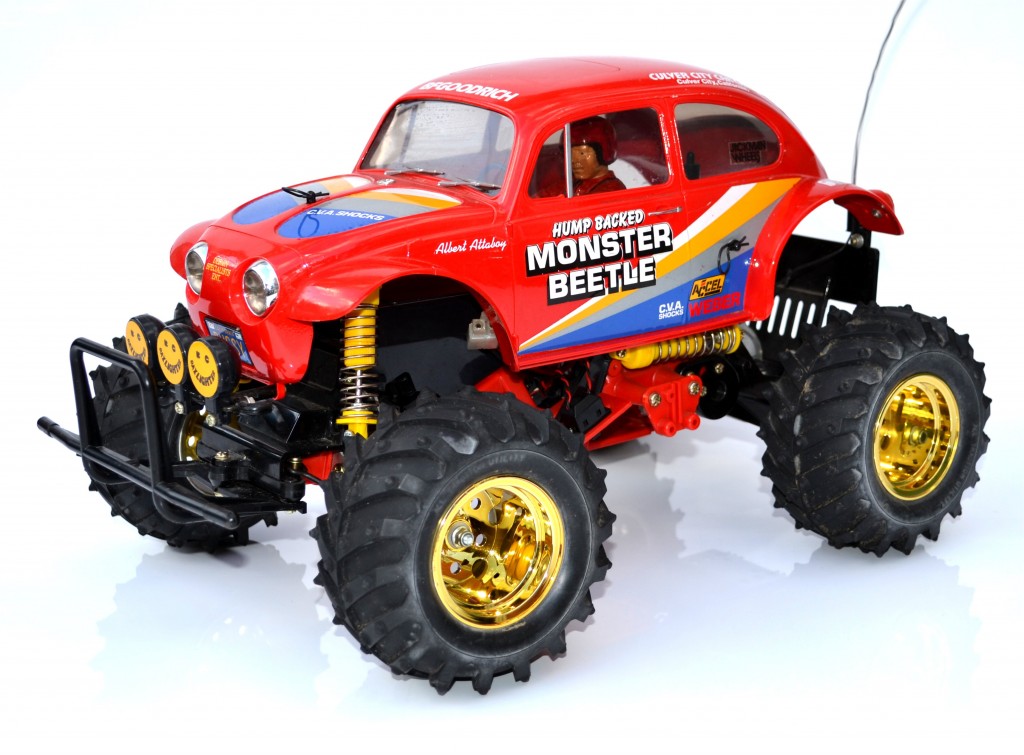 Tamiya Monster Beetle
The Tamiya Blackfoot was an iconic RC vehicle back in the late 80s but to me the truck that should have got as much love if not more was the Tamiya Monster Beetle. Although it was pretty close in design to the Tamiya Blackfoot it did have some differences such as the shocks, spiked tires, gold plated wheels and of course that trick beetle body. If I were able to get my hands on one I would stick with the box detailing then stare at it for hours. Photo: iconicrc.com 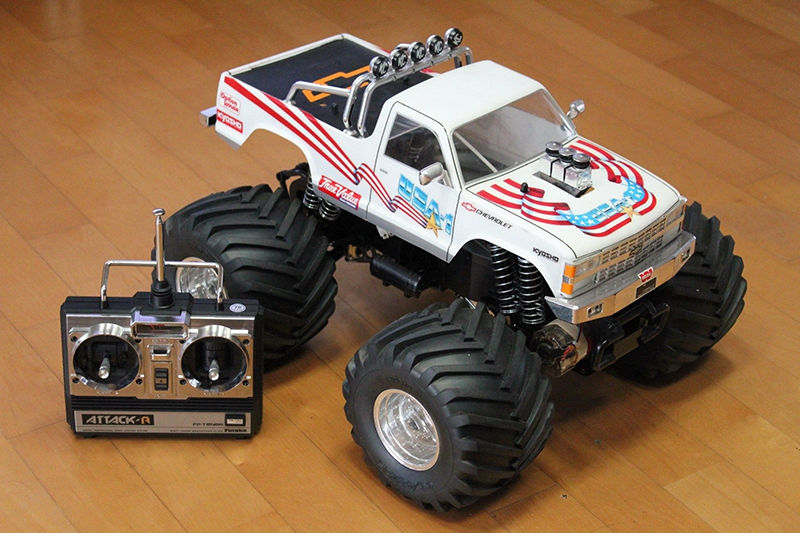 Kyosho USA-1
The Kyosho USA-1 was a high performance dual motor truck from Kyosho that was often put up against the Tamiya Clod Buster. This truck was slightly faster and had an independent suspension system that soaked up bumps and jumps really well. I wasn’t able to get my hands on one when it was out in the 90s but with Kyosho entering the rerelease market maybe we will see a modern version of one in the near future. Photo: Ebay 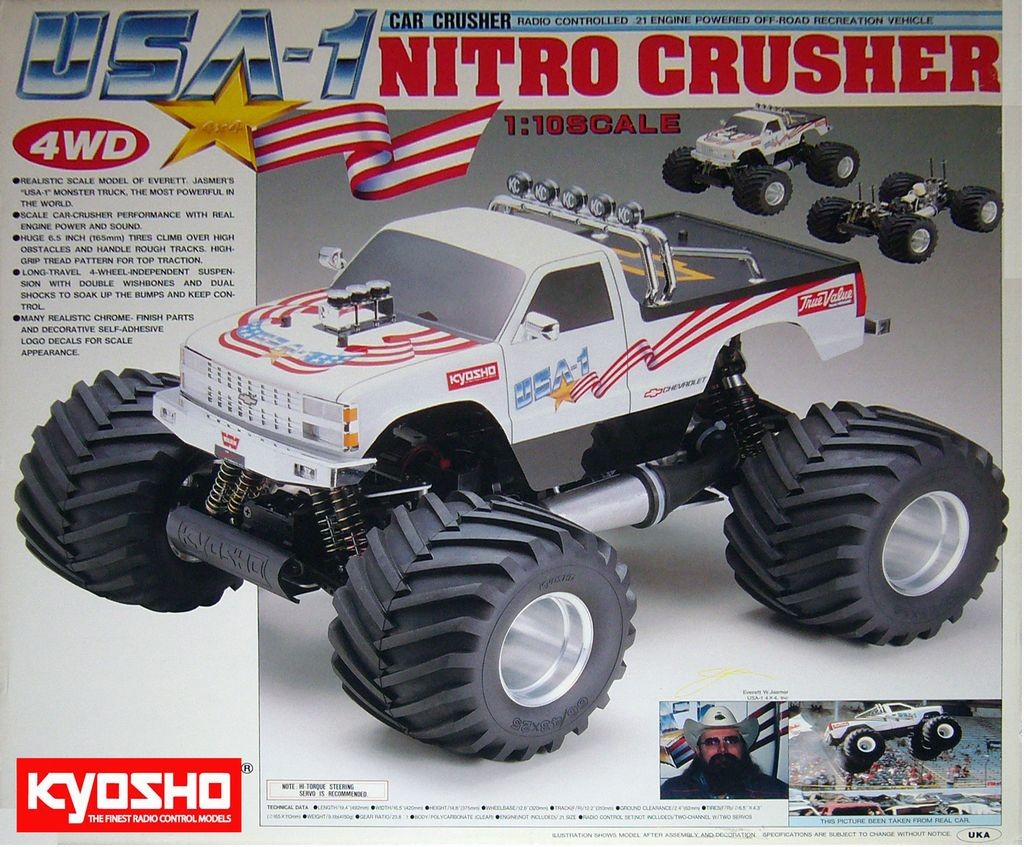 Kyosho Nitro USA-1
The Kyosho Nitro USA-1 used a 1/8-scale buggy as a platform and was nitro powered. It was one of the top nitro powered trucks of its time and we even featured a few Nitro USA-1 projects in Radio Control Car Action back in the day. I wasn’t able to get one back in the day but maybe I can build a modern day version. Could you imagine getting your hands on the body, tires and wheels and attaching all that to a modern day buggy chassis? That would be one sick truck! Photo: tamiyaclub.com