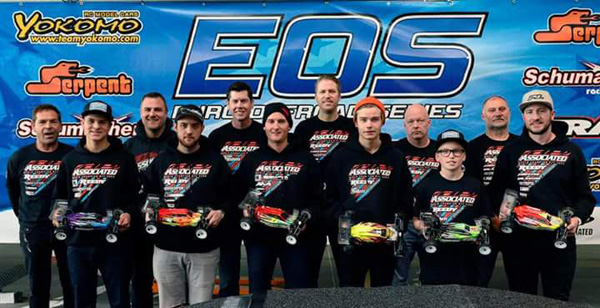 The EOS Series was attended by the Team Associated Factory Team equipped with their newest B6 buggy. 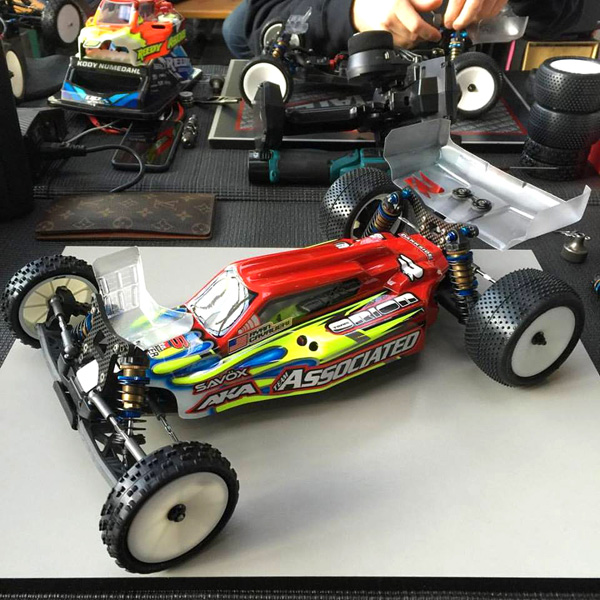 Last week we reported that Team Associated surprised many by debuting two new buggies, the new B6 and B6D (click here to see our initial story). The B6 is a purpose-built buggy specifically designed for extremely high-bite surfaces like Astro-Turf or carpet (yes, they are different), while the B6D is focused on dirt and lower-bite surfaces. Equipped with the B6, the Factory Team ventured oversees for Round 4 of the EOS Series in Nurburgring, Germany to show the world what the new buggy from the AE camp is capable of. Usually when a new design gets in to the hands of team drivers, there is an adjustment period where set-ups and familiarity with the vehicle can cause huge learning curves with unfavorable lap times. While many expected the buggy to perform respectively, not many foresaw the level of competition Team Associated was able to attain. Taking lessons learned from their prototype that won the Worlds in the hands of Spencer Rivkin, the buggy was immediately on a high level and even took the first of the triple a-mains in the hands of Joona Haatanen who started in P5. Ryan Cavalieri backed up the young driver’s performance by taking the next A2, but had to be content with a late move in A3 for second place behind Yokomo’s Lee Martin. Fortunately, Cavalieri had enough overall time to break the tie and give him the overall victory. Team Associated’s Neil Cragg, who sat TQ couldn’t back up his early success and ended up 8th overall for the event. 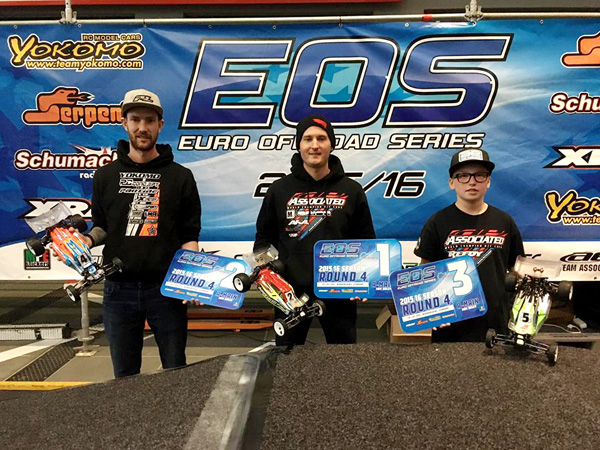 The Team Associated Factory Team backed up the debut of the B6 by taking 1st Ryan Cavalieri and 3rd Joona Haatanen at the recent EOS event, Round 4 in Nurburgring, Germany.

The temporary carpet track at Round 4 of the EOS Series.