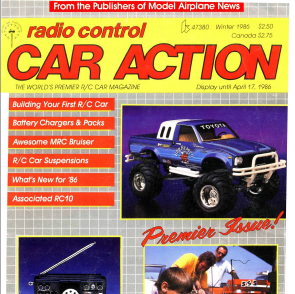 As 1985 drew to a close, a new magazine appeared on newsstands everywhere: Radio Control Car Action. Dated “Winter 1986″ and aptly dubbed “The World’s Premier R/C Car Magazine,” RCCA issue number one featured the then-new Tamiya Bruiser, Futaba’s iconic Magnum Senior pistol-grip transmitter, and some kid (who is now about 40) getting way too close to a Tamiya Frog. RCCA was the first professional RC car magazine and the first to get nation-wide and international newsstand distribution and break through to mainstream magazine buyers. And its timing was perfect; just as the RC car hobby was exploding with models from Japanese giants Tamiya and Kyosho and upstarts like Team Associated, RC Car Action was there to capture the zeitgeist in all its mid-80s glory. 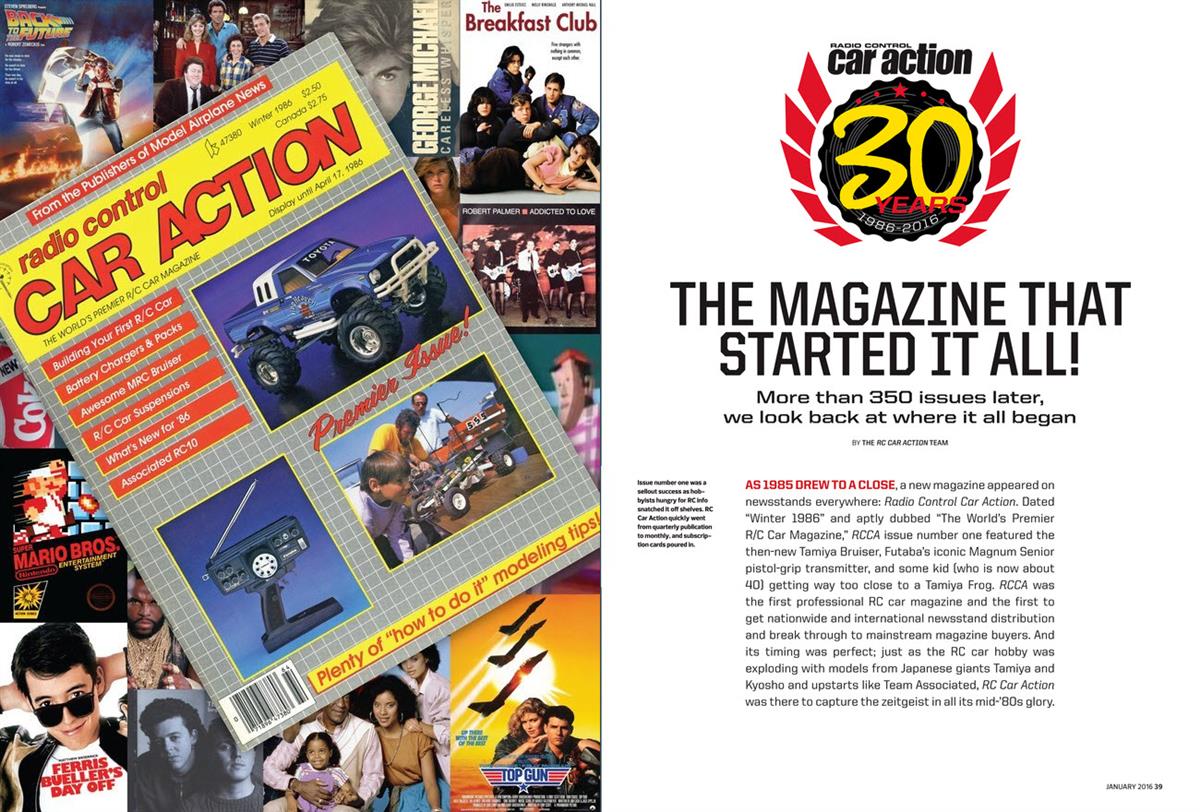 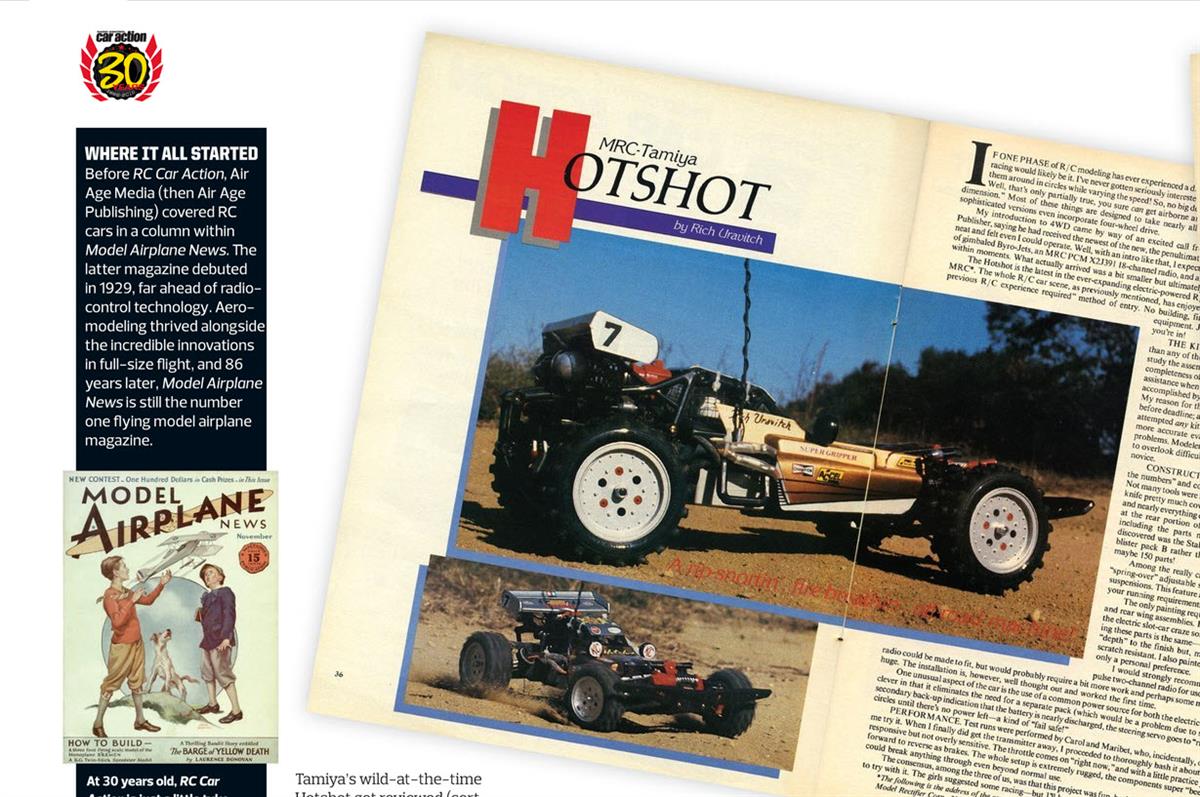 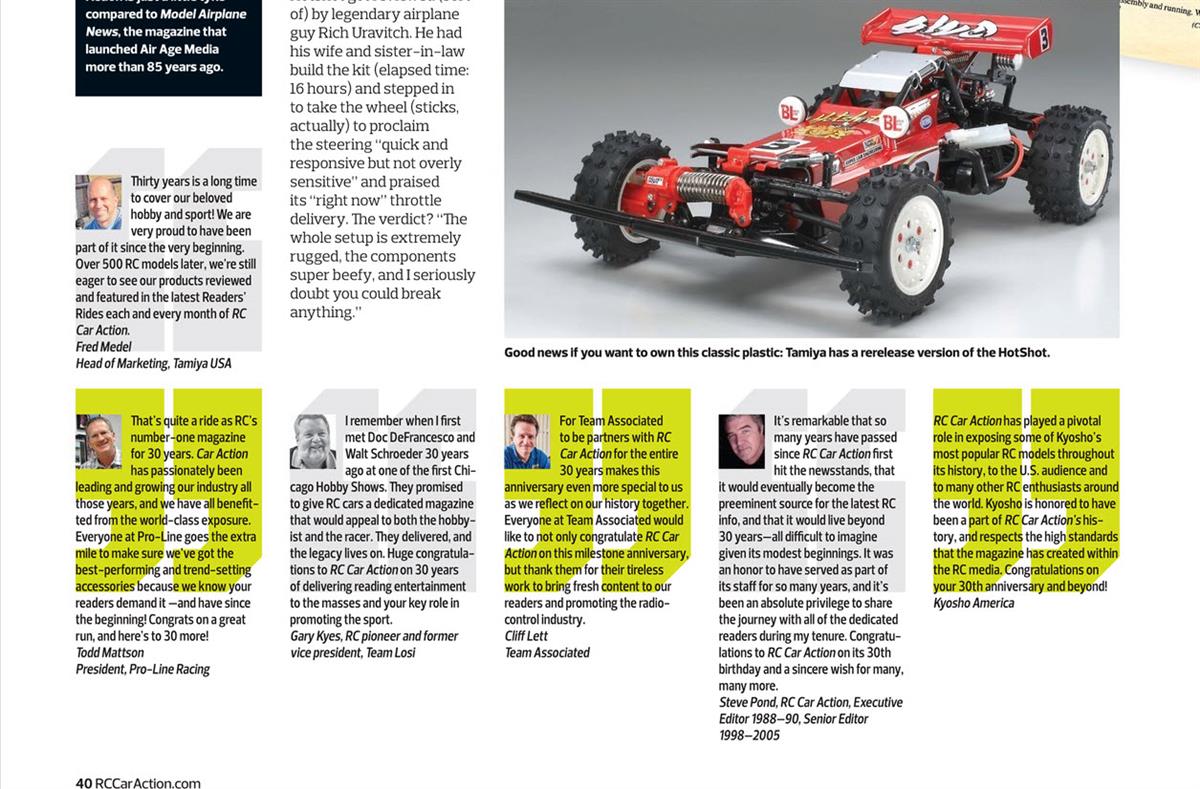 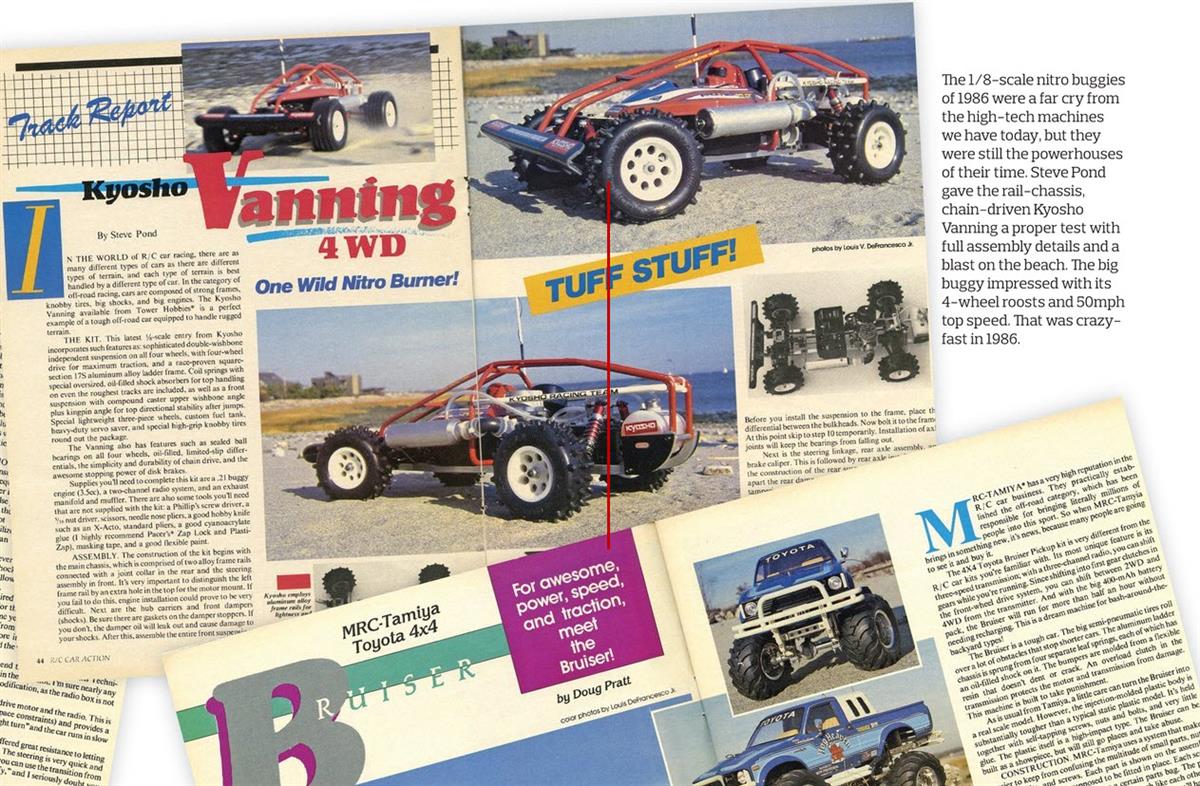 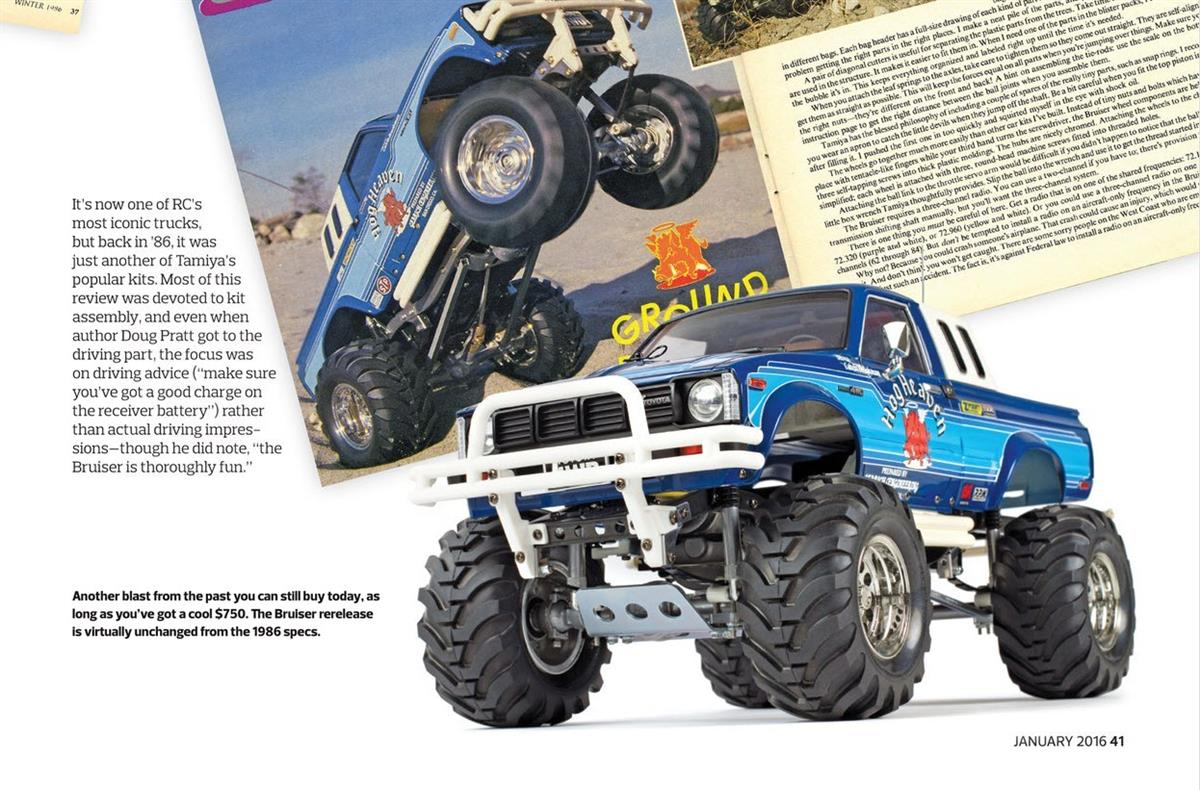 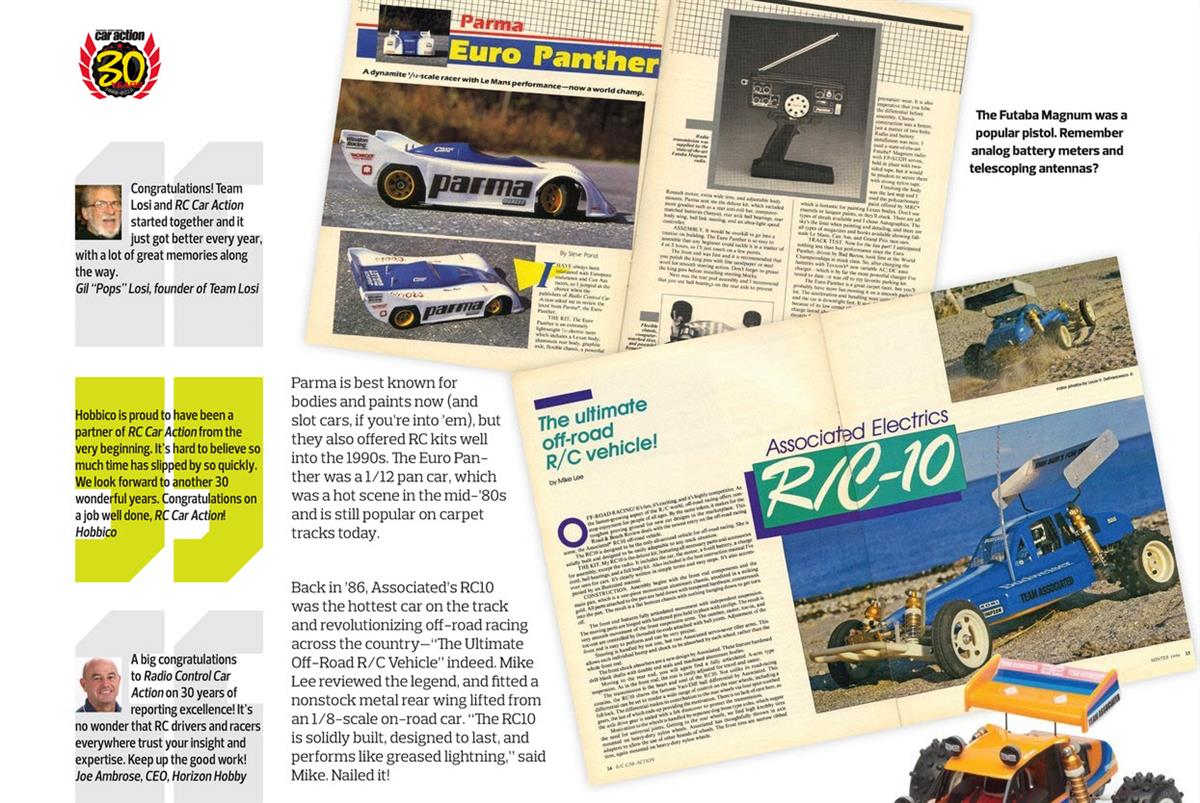 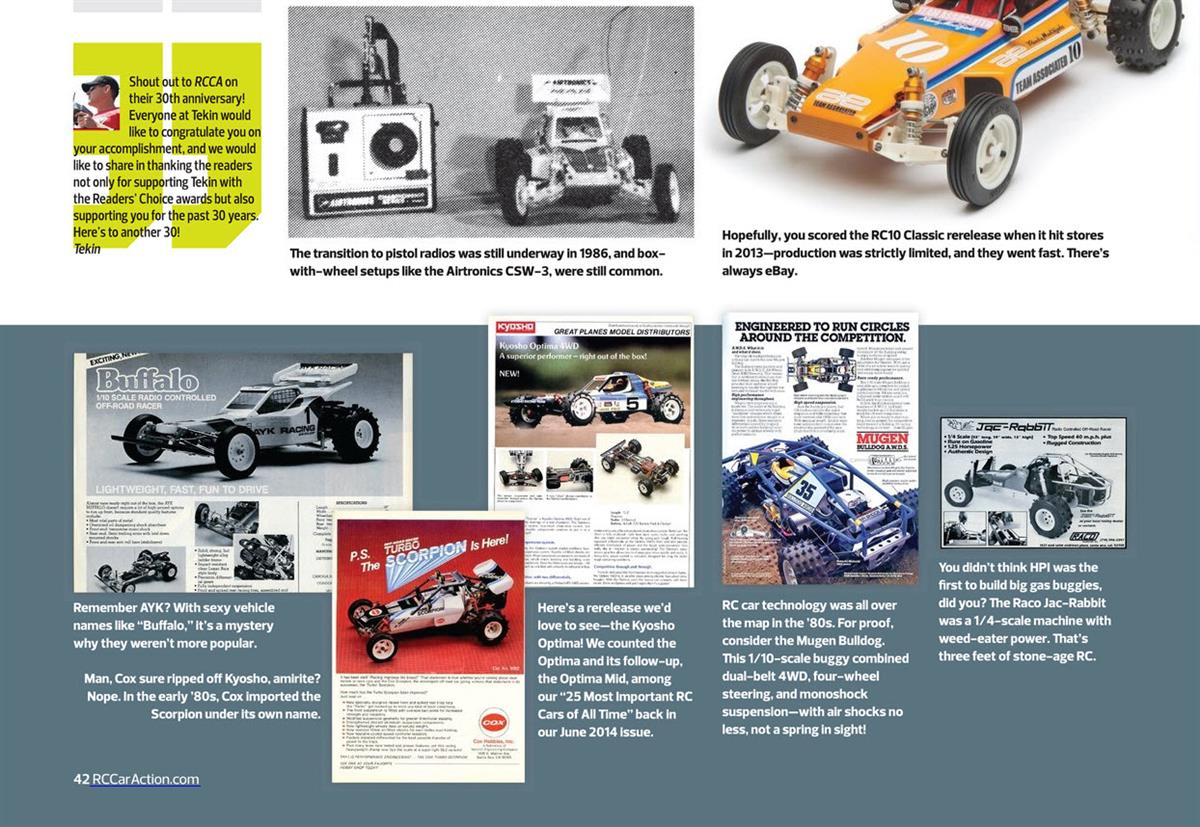 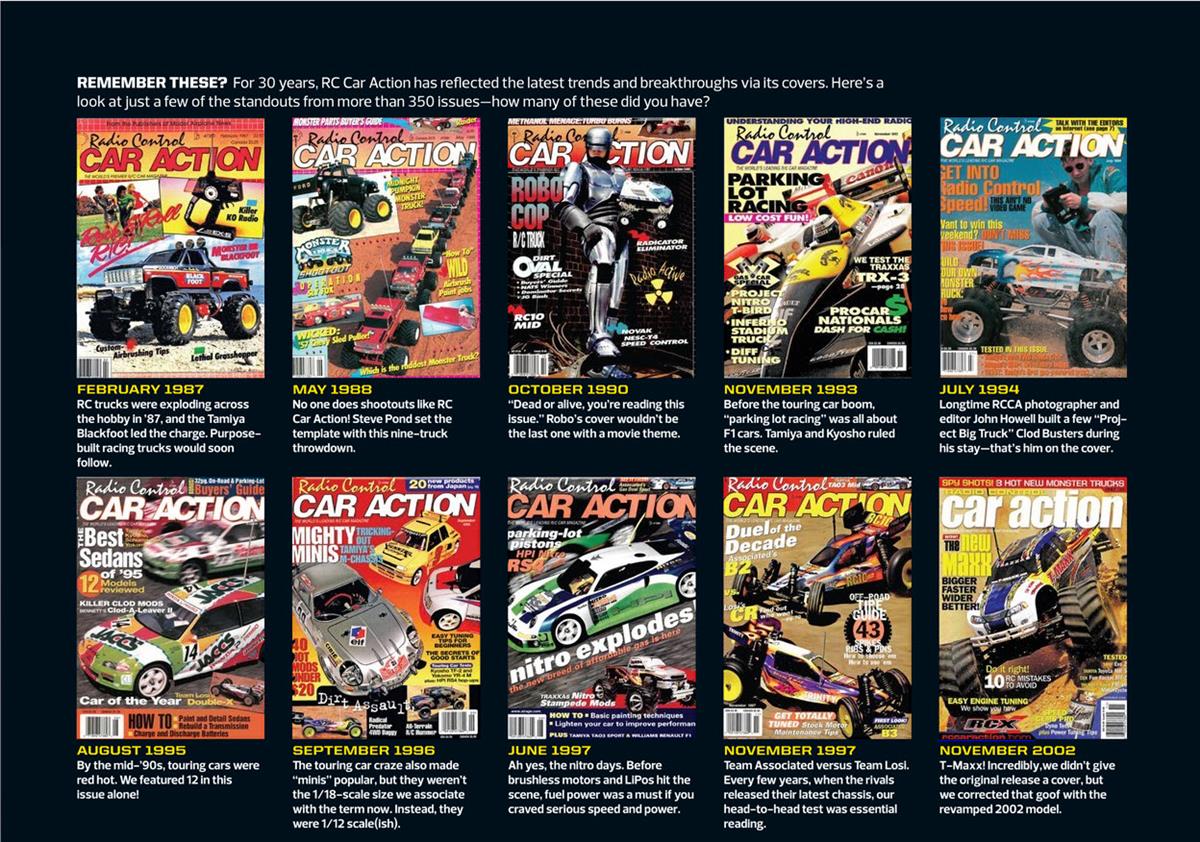 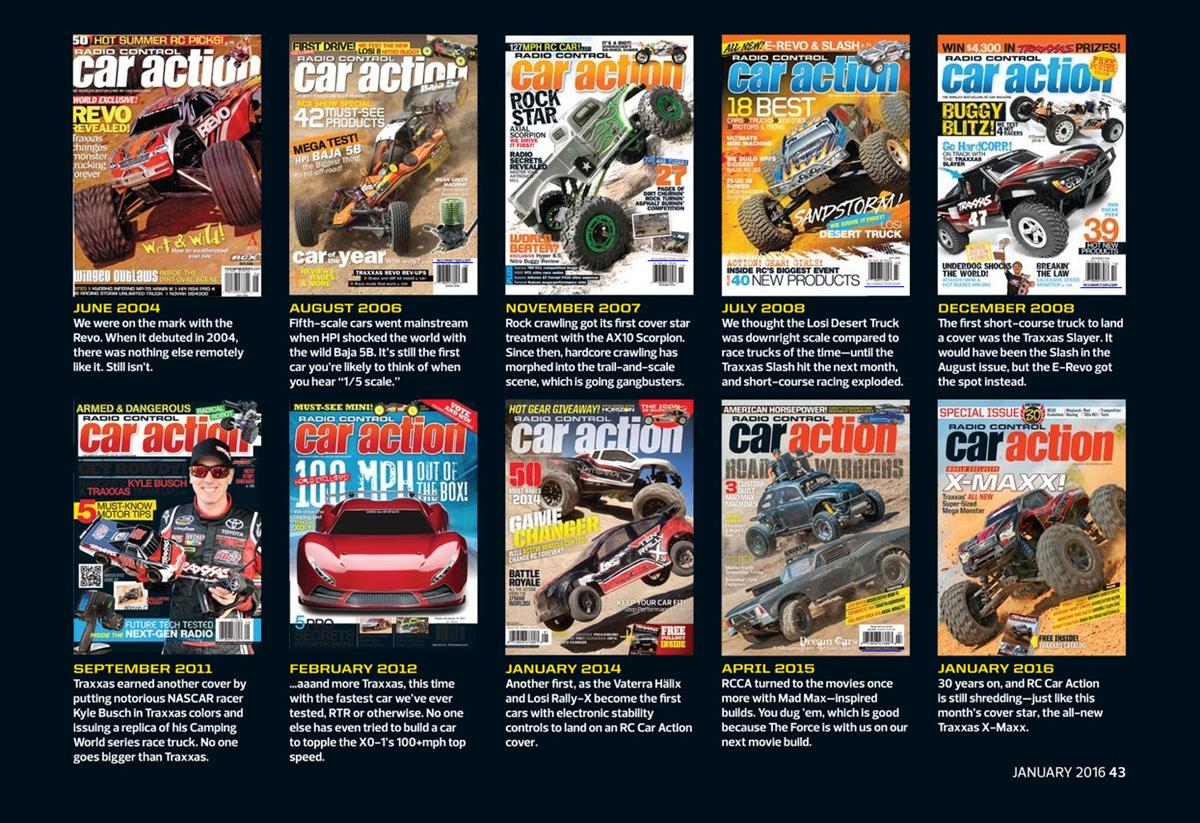