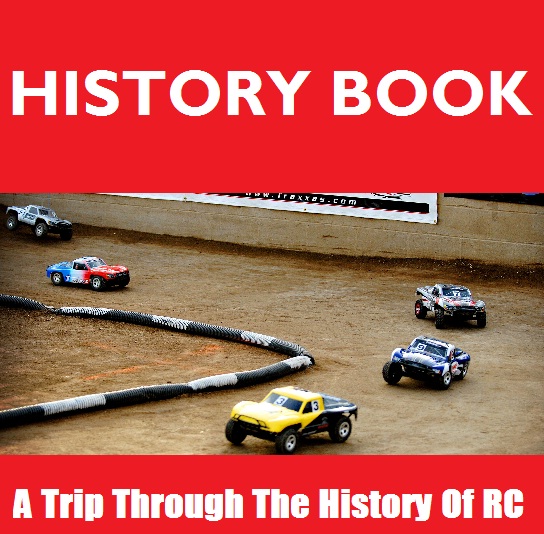 While I’m sure many of us who have been around the hobby a while could do an adequate job of putting the pen to paper so to speak and come up with a decent account of the history of RC. But, adequate is just, well, just another word for mediocre. As a community we could do a lot better. So, let’s do this together. What you see below is a combination timeline of milestones and oral history of our hobby. More specifically, what you see is a work in progress. If you believe something should be added such as a significant milestone or have some insight to share, let’s have it. My goal is to have this article authored by the RC community and to run it in RC Car Action magazine. It’s not going to feature every vehicle release or race win. It’s about the vehicles and events that changed the hobby.

THE HISTORY OF RC

By The RC Community 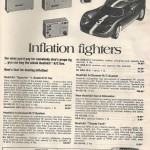 The Early Years of RC Cars As early as 1971 companies such as Heathkit offer RC car kits and electronics components.

1971 Team Associated, known then as Associated, debuts its first vehicle, the RC1 which is an 1/8-scale nitro-powered on-road pan car. 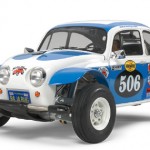 1979 Tamiya releases the Sand Scorcher and Rough Rider scale off-road electric off-road kits which kits off what is often referred to the golden era of RC.

The Golden Era Off-road electric racing is huge at the club level and even bigger as almost a neighborhood phenomenon as almost everyone has heard of seen a Tamiya Frog or Hornet. 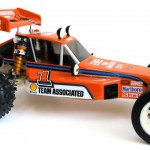 1984 Team Associated, known then as Associated Electrics, introduces the RC10 electric buggy that is built specifically with a focus on high performance. This begins the shift from RC scale models to high performance RC cars.

1985 The first IFMAR 1/10-scale Electric Off-road World Championship takes place in Pomona, CA. Jay Halsey and Gil Losi, Jr. won stock and unlimited respectively. This marks the start of an era of electric off-road racing being the most popular segment in racing.

1985 The first issue of RC Car Action magazine, dubbed Winter 1986, is released. It quickly becomes and continues to be the overall best-selling RC magazine in the world.

1986 Tamiya releases the original Blackfoot monster truck which launches a long run of monter trucks being the most popular basher in RC.

1988 Losi releases the JRX2. This 2WD electric buggy competes with the Team Associated RC10 and kicks off what many consider the greatest racing rivalry in RC.

1988 The movie The Dead Pool, starring Clint Eastwood, provides major exposure for RC. The antagonist in the film uses an RC car armed with a bomb as a weapon. Jay Halsey drives the car and starts a career working RC for Hollywood productions.

1989 Team Associated releases its RC10L and the electric pan car era is in full swing.

The Pan Car Era On-road and oval racing are huge with many purpose built tracks found around the U.S. Large oval races and speed runs are also taking place at bicycle velodromes.

The Touring Car Era Tamiya TA01/TA02 series of on-road cars take off in popularity and the touring car racing segment rapidly grows and takes over the hobby. Other companies to offer touring cars include but are not limited to Corally, Team Associated, Losi, Schumacher, Serpent, and XRAY.

1998 HPI releases RS4 Mini which often gets credit for starting a large minis and micros trend. In the midst of the touring car craze, HPI also releases the RS4 Rally with molded interior, long shocks and off-road tires.

1999 Traxxas introduces the T-Maxx nitro-powered ready-to-run monster truck that shifts the hobby from kits to ready-to-runs and from electric to nitro.

2005 After offering 2.4GHz conversion modules, Spektrum releases its own 2.4GHz radio system. While not the first 2.4Ghz system in RC(Nomadio gets credit for that), this does serve as the starting point of the switch from AM and FM to 2.4GHz.

2005 Team Associated is purchased by Thunder Tiger of Taiwan.

2007 Axial releases its AX10 Scorpion rock crawler kit that makes it easy for anyone to build a vehicle capable of rock crawling. The segment virtually explodes.

2008 Traxxas introduces the Slash 2WD short course truck which kicks off the short course segment. The hobby shifts back to electric. Other companies to offer short course trucks include but are not limited to Durango, HPI, Jammin’, Kyosho, OFNA, Team Associated, Losi and TQ.

The Short Course Era While the return to scale arguably started with rock crawling, the hobby has truly come full circle with short course trucks that look like the full-size race trucks competing in TORC and LOORRS. While technically different, short course trucks also resemble, at least in general function and proportions, the trucks that have been raced in open desert races like the Baja 1000 for years.