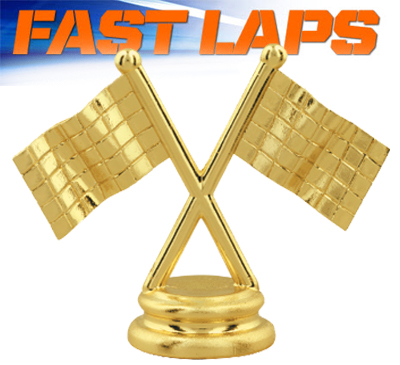 When organizing racing classes for a big event or local club race, vehicle type and motor spec are the most typical designations (stock short course, modified buggy, etc.). Large racing events and club races alike, especially over the last decade or so, have increasingly split these primary divisions into different groups defined by skill level (sportsman and expert, beginner and pro, etc.) – often arbitrarily determined by the racer signing up. And it drives me crazy.

Before I get too far into this, let me explain that I’m not at all advocating for getting rid of a “Novice” division for those that are just getting their feet wet in racing and benefit most from having a place to grow. The Novice or Beginner classes at the local level are the most important at any race, because it represents the next generation of enthusiasts that’ll keep the program flourishing years down the road.

Splitting classes is particularly dangerous for local club races that often don’t have enough racers to support a greater number of racing classes – after all, you typically need at least 6-7 entrants in order to supply enough turn marshals for the following heat. That may not be a big problem for some of the largest events in the U.S., but even then the separation of classes creates a unique set of problems that often taint the overall outcome. In both cases, the drawbacks often negate the advantage of splitting up the classes in the first place. 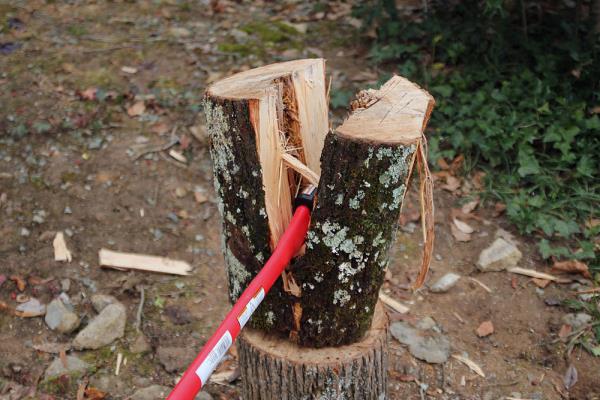 This is what splitting classes does: cuts a whole into two halves – and splinters both in the process.

The original reason for splitting these classes is pretty simple – every racer wants to win. By giving “everyone” a “better chance” to win, race directors hope to increase entry counts. And it often works…at least for a little while.

The concept seems innocent enough – if you’ve got 20 people racing a particular class, why not split them up into two separate divisions? The faster racers can run together in the Expert division and battle it out for bragging rights without weaving around slower traffic, while the less experienced Sportsman (or whatever you want to call it) racers can have their own time to shine, giving a separate group of racers a chance to win. It just never works out that way.

Every racing program already has a method of separation built in – it’s called “qualifying.” Better yet, the process of qualifying actually uses empirical data, rather than subjectivity, to separate the groups without any chance of being tainted by sandbaggers and prideful underachievers. If a track typically arranges races into groups of ten vehicles, and more than ten are entered into one specific class, racers are separated after qualifying into individual main events based on their times – the A main, B main, C main, etc. Because racers improve at different paces, and because racing involves a bit of luck, a big group won’t always be split into the same order of drivers every time – and that means you won’t be racing against the same seven people every week. 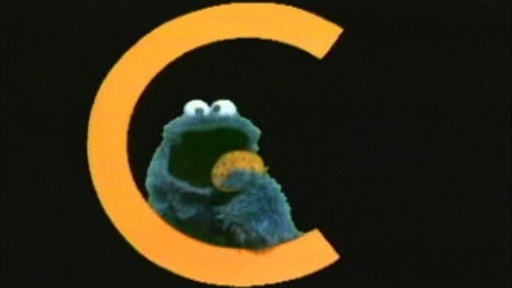 The biggest problem with separating classes by “skill level” is that rarely, if ever, is this split enforced by actual assessment of each racer’s actual talent; racers are simply left to choose which class they want to enter. Sure, it’s a no-brainer for the local pro who knows he’s among the top 1% at the track, and it’s equally easy for the relative newcomer who just graduated from novice. It’s the in-betweeners that create the rift: the underqualified Expert racer who thinks he’s above running in the lower division, and the overachieving competitor who’d rather dominate than scratch and claw his way to a mid-pack finish. It’s unavoidable that you’ll have overlap – the slowest racers in the higher division will always turn in times that are slower than the fastest racers in the lower division. Thus, those solutions to the original problems are erased completely, as the elite in the expert class will still have to cope with the bottom dwellers in Expert who don’t want to move down, and the career Sportsman racers continue sandbagging and cherry-picking wins from the incoming Novice graduates who actually deserve a chance. 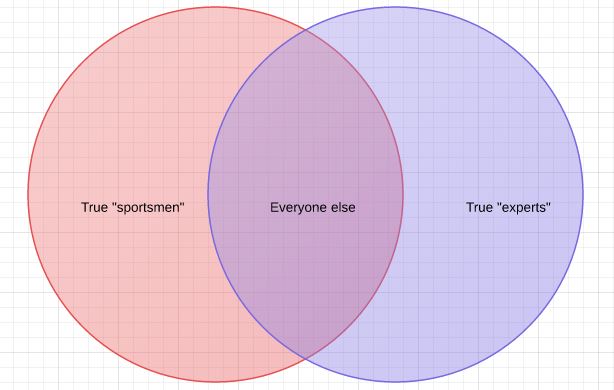 Next time you’re at the track, check out how much the qualifying times for Sportsman and Expert classes overlap – I bet it’s more than 20% of the racers entered in both.

The end result, of course, is attrition. If you’re running against the same eight people every week, the novelty of the competition grows stale, and you find something else to do – whether that’s a different class to race, or a new hobby altogether. The slower racers in Expert grow frustrated with not having anyone their speed with whom to contend, and rather than face the criticism of the racers in the slower division (who will most often cry foul when someone who has been racing Expert for months decides to drop down and join the sandbaggers), they simply stop showing up. And the recent Novices that moved up into the lower division get frustrated with not being able to beat the same Sportsman holdouts for months so they, too, stop coming.

There’s no way around it.

If you try to introduce some sort of “move-up” program that forces drivers out of the Sportsman class once they’ve won a certain number of main events, or they go faster than a certain breakout time, you run the risk of driving them away too – after all, there was a reason they stayed in the lower division for as long as possible. Besides, unless you’ve got a steady influx of Novice drivers into the lower division, you’ll eventually graduate every racer out of the Sportsman class anyway.

As a favor to the owner of my local track (and my wallet, which enjoys the extra spending cash) I’ve been organizing and announcing the weeknight club races at my local track for about a year, and have had the opportunity to watch this happen firsthand – what once was the biggest class at the track got split into two divisions, and before long both were dead. Most often now we get enough people across both classes to join them into one just to have enough turn marshals for the following heat. Some drivers stopped showing up, and the rest got new vehicles to enter what is now the new biggest class – which, sadly, is now being split into two separate divisions. Even recent history, if ignored, is doomed to repeat itself.

The solution? Simple – give the racers in every main event, not just the A Main, something to shoot for. The winner of the A might get a trophy or track cash, but the winner of the B can earn something too – perhaps even the chance to bump up into the A. You’ll have the same amount of race winners, but with a closer variety gap between those who qualified to race against each other, the drivers have a better chance to gauge how much they’ve improved from week to week and the races will be more competitive. After all, you’re racing in the main event in which you actually belong, and the only way you’ll get faster is by racing with people faster than you are, even if it’s just for a couple of laps during a qualifying round.

Racing is a competition – and not everyone is going to win. If that’s genuinely the problem, take the transponders out and give everyone a “participation” plaque like they do in youth soccer.

Big events, of course, have their own problems! The greatest debate at “big” races revolves around the evolving world of sponsorship and the notion that sponsored racers are inherently faster than privateers.

This has led to the creation of “Expert/Pro” and “Sportsman,” which of course suffers terribly from the overlap problem that happens at club races, but the bigger issue is the exact definition of what constitutes sponsorship – and every race has its own definition. Sure, we know what class Adam Drake and Ryan Maifield are going to enter – but what about the gray area after the nation’s top pros. Some race organizers define “Expert/Pro” as being sponsored by a chassis manufacturer, but is it fair for the racer who gets free tires/electronics/fuel/engines to race against total privateers that pay full retail for everything? Other promoters define the upper division as “only 100%-sponsored” or “all sponsorship, even 50%” – yeah…good luck getting the manufacturers to admit who is actually under contract, who gets their equipment for free and who is “just a friend.” What about the full-time employee who works at the manufacturer and certainly gets help with his equipment costs? Look at the podium photos for any national-level event over the last decade that has offered a lower-level class. There’s never, ever going to be a way to enforce this properly. You want to reward the top privateers? Give the top three, or five, or ten non-sponsored racers a trophy, even if they finished 57th overall. 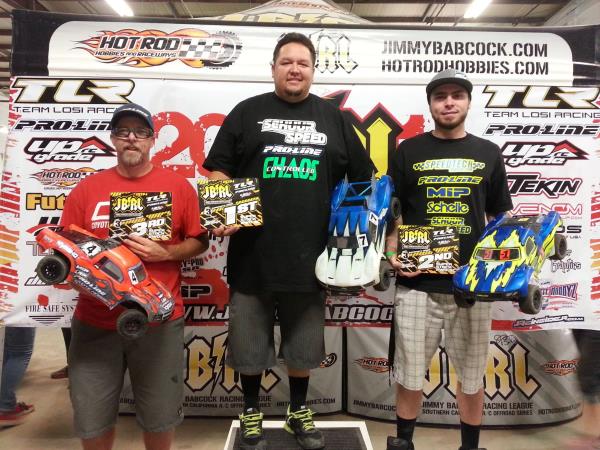 Luckily for race directors, sponsored drivers typically make it pretty easy to pick them out of a crowd…or podium photo.

We’ve already had a blow-up about this nonsense in 2014, in which the winner of a large nitro race was DQ’d just minutes before the trophy presentation. Not before qualifying, not before the main event, not even after his car passed tech inspection after winning . Yeah… that’s the kind of drama that RC really needs to grow.

It’s all pointless. Not only is the title “fastest racer that didn’t compete against the faster racers with the same equipment” just beyond silly, but separating classes has the potential to slowly kill the whole race itself – at any level. Race directors – just stop!