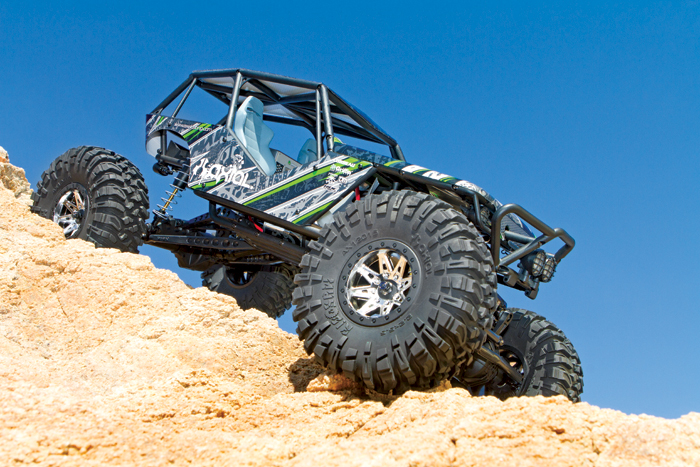 One could argue that RC rock crawling has been around as long as there have been RC trucks and rocks. There’s some truth to that, but true rock crawling with specific-built machines is still a relatively young segment. Rock crawling really started when conversions of Tamiya’s TLT-1 and Clod Buster began growing in number.  In those early days, however, crawlers had to be pieced together from multiple sources. The typical 2.2 crawler used Tamiya axles, a Traxxas Stampede transmission, a homemade chassis and the suspension links were often made out of various turnbuckles. The diffs in the axle and transmission had to be locked with JB Weld. There were a few different recipes out there, but every crawler was a little of and a little of that. And, that is what I’ll call phase 2 of RC crawling. If that’s phase 2, what’s phase 1? Phase 1, which was relatively unknown, was when small groups of scale enthusiasts hit the rocks and dirt with vehicles such as Tamiya Bruisers and Tamita CC-01 chassis with Pajero and Jeep YK bodies. This scale off-roading and crawling was small in scope because the vehicles were relatively scarce. Phase 3 is when the segment really blew up in terms of popularity and went completely mainstream RC. The release of Axial’s AX10 kicked off stage Phase 3 and 2.2 crawlers became far more popular than the larger and less scale looking Super class crawlers. Phase 3 saw the release of vehicles such as the Losi Comp Crawler and Venom Creeper. Companies such as Tamiya and Kyosho also released 2.2 crawlers. Phase 3 was a time of huge growth but also huge change for crawling. As the hobby took off, competitions also did, but eventually the scale aspect started grow. While some argue that the competition side of the segment is as big as ever and growing, others will say that it became too specialized and they lost interest and that, overall, the competitions aren’t what they used to be. Who’s right doesn’t matter. What matters is that the segment has evolved greatly. Now, we’re about to enter a new phase. Well, I predict we are. Axial will once again be the chief motivator, but this with its new Wraith rock racer. I seeing rock crawling evolve out of the 2.2 comp scene that made up most of Phase 3 into a mix of scale rigs and go-fast, go-slow scale vehicles like the Wraith. We’ll see even more Top Truck Challenge style trucks and even more comps with mixed obstacles. I say more because clubs are already doing this. I see less interest in the ultra precise and technical go slow crawling and more interest incorporating some speed and action. This is what I see as the future of crawling or at least a big part of what we call rock crawling. 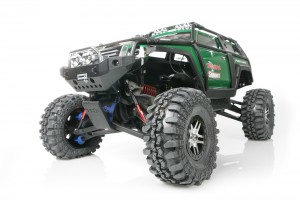