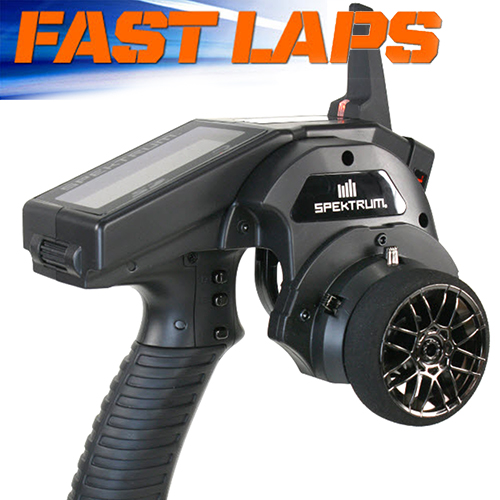 The cars and trucks that we’re racing in 2014, as well as all of the individual components inside those vehicles, have progressed further in the last 10-20 years than at any other point in this industry’s short history. It’s easy to look at the difference between today’s cars and see how the engineering prowess behind the vehicle’s suspension and drivetrain has evolved, but none of that would’ve happened without the evolution of the guts that have to be installed in any racing vehicle to make it go. There’s really no “chicken or egg” discussion to be had, either – every item across the board is more powerful, more capable, and more robust than what it replaced. As motors, batteries, tires, and other gear changed, so did tracks across the country and the racing action they host! Here are the five biggest changes we’ve see in the last five years. 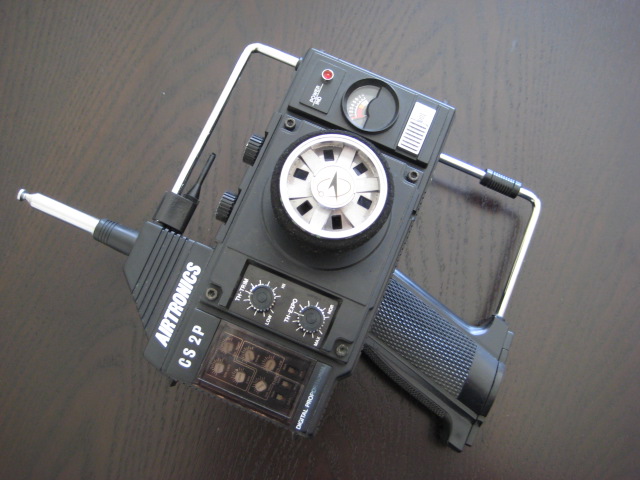 There was a time when the Airtronics CS2P FM radio, complete with analog dials to set the radio’s trims and end points, was a high-tech racing radio!

WHO’S ON CHANNEL 72?! If you’ve never heard someone yelling their frequency in a panic, you never went to the track in the early 2000s or before. Spektrum is most widely recognized as bringing the concept of crystal-less, glitch-free RC signal transmission to a world of RC vehicles that desperately needed it, but a brand called Nomadio was actually the first to debut the technology as a complete transmitter. 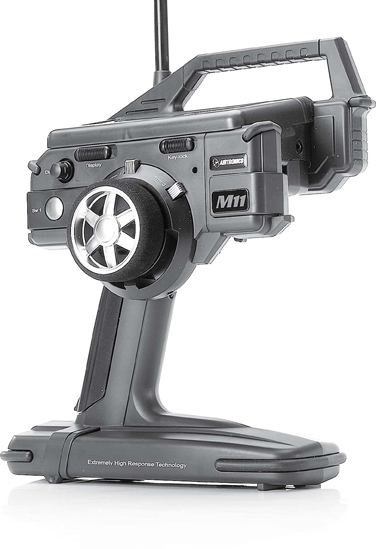 The Airtronics M11, a digital computer radio with multi-model memory, was the last non-2.4 GHz radio to claim the Readers Choice Award in 2007.

Before 2.4 GHz radios you had to check the heat sheet to make sure you were using the proper frequency, and local race directors typically required every racer have at least one alternate set of crystals in order to solve any potential conflicts between entrants of the same class. And if racing with crystal radios was bad, practice was even worse! Most tracks relied on drivers picking up and returning either clothespins or sections of PVC pipe marked with each frequency number (or color, for all six 27 MHz options). If you couldn’t find your clip (most often because someone else had taken it back to the pit area) you were out of luck. There was nothing worse than a phantom glitch in the closing minutes of your main event, except maybe the pointed fingers and flying accusations charging someone in the pit area with the unforgivable crime of purposely causing problems. 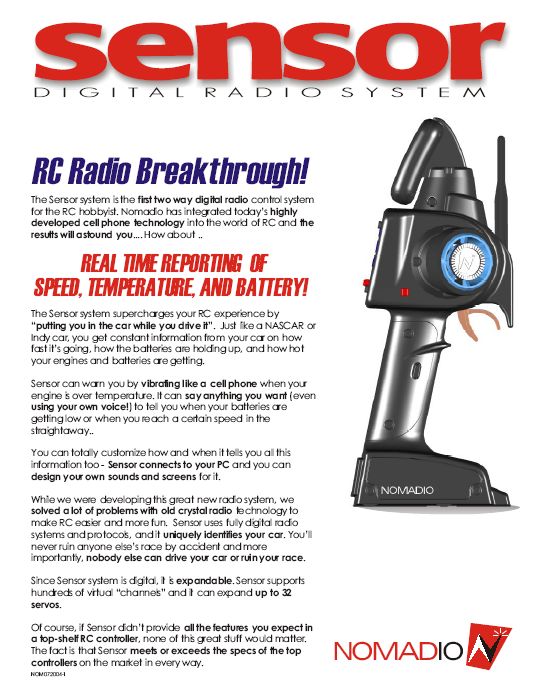 Nomadio thought that the onboard telemetry features would be the Sensor’s biggest hit – but it was the 2.4 GHz signal transmission that changed the RC world forever. 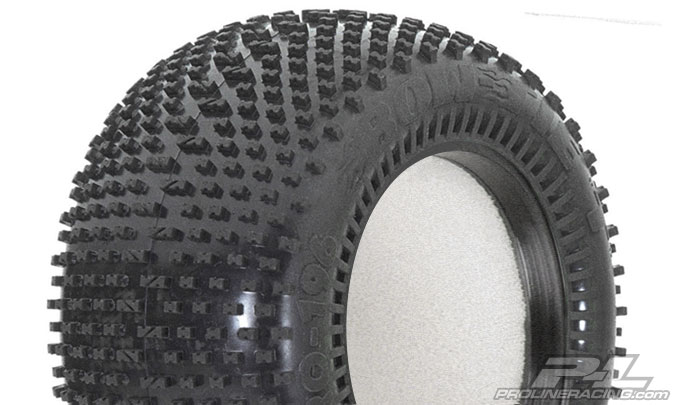 Pro-Line’s Bow Tie, shown here for stadium trucks with old-school open-cell foam, was the Readers Choice Award winner in 2000. It was only available in M2 and M3 compounds, which were themselves very revolutionary for the day!

Pro-Line’s VTR and AKA’s new EVO 1/10-scale buggy tires, the first in the class to eschew the standard U-channel mounting bead in favor of the simpler 1/8-scale style tire-to-wheel interface, marked the largest single change in tire tech, but that’s not to say that the only component of an RC car to touch the actual track surface hasn’t evolved immensely. Would you believe that tires used to be so hard that they didn’t need foam inserts? 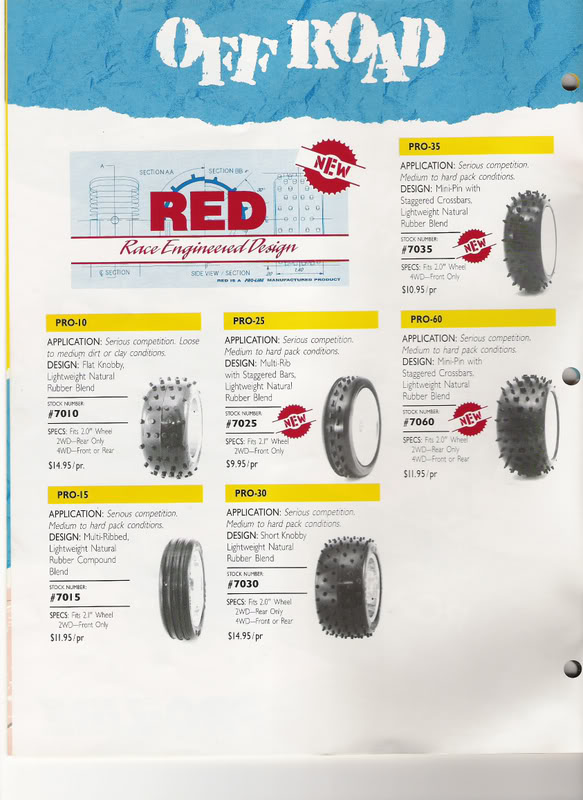 This page of Pro-Line Racing’s 1991 catalog shows the hottest racing tires of the time – only available in one compound.

About the only advantage those hard tires had over today’s soft-compound gumballs was their ease of mounting – because the tires didn’t deform as much, they could be held onto the wheels with just a few dots of glue, making it possible to change tires on the same set of wheels. Beadlock-style wheels weren’t just for rock crawlers, either – because the harder tires didn’t deform and would stay put, it wasn’t uncommon for racers to use clamping wheel designs on their race cars. Now all manufacturers offer a wide array of rubber compounds that are specific to certain dirt types, with various tread patterns for all surfaces, and foam inserts that can be used as a tuning option.

BRUSHLESS MOTORS
I’ve written my thoughts before on how I feel about the effects that the brushless motor revolution had on stock racing in particular, but there’s no denying the additional value that brushless motors brought to RC racing. More power, better efficiency, further tuning options, and virtually zero maintenance are the highlights of brushless power versus the brushed units they replaced. 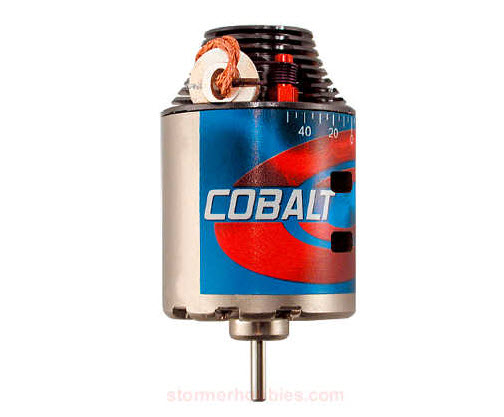 With a machined heatsink endbell and round brushes, Trinity’s Cobalt, and successor Cobalt 2, were among the last of the mighty brushed motors – winning the final Readers Choice Awards for the category in 2005 and 2006.

The speed controls used with these motors are vast improvements too – and the unlockable tuning options available via PC interface for many Pro-level units are a tinkerer’s dream. Most notably, however, is the ease of use for the incoming hobbyist – who no longer has to worry about changing brushes and truing his commentator in order to keep his vehicle running its best, but can instead work on improving his driving and keeping the rest of his ride in tiptop shape. 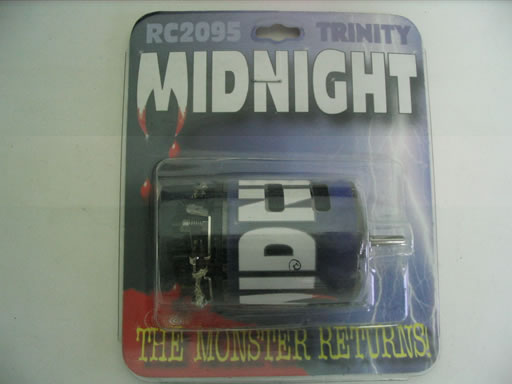 Trinity swept our Reader’s Choice Awards “motor” category for the first ten years, starting with the Midnight stock motor in 1996. It used bushings and required a special lathe to true the commutator as stock motors of the time couldn’t be disassembled. 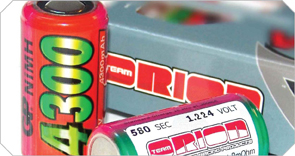 When the first brushless motors hit the scene, RC race cars were still outfitted with heavy battery packs made of six round NiMH Sub-C sized cells. Without the transition to LiPo packs, as well as the incredible pace of development of those original LiPo packs into what we have today, we would never have been able to exploit the potential of today’s brushless motors. Current generation LiPo batteries are lighter, smaller, more powerful, less expensive, and last longer than NiMH batteries ever did. 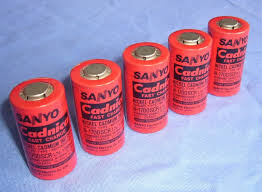 Here’s what Sanyo’s 1700mAh SCR NiCD cells looked like. One unfortunate memory of old-school batteries that should not to be overlooked – racing-spec NiCD and NiMH packs had to be assembled!

The concept of completing even one night of club racing without 2-3 spare batteries was impossible with NiMH packs – now racers often leave their LiPo installed into the vehicle for weeks at a time. The simpler maintenance schedule of LiPo batteries is great for everyone, but it’s not even the biggest advantage of LiPo packs over NiMH for the incoming novice racer. Can you imagine what it was like to try and improve your driving skills when you could only practice for 5-8 minutes at a time? Now you can spend 20 minutes on the drivers’ stand worrying only about minimizing crashes – and finding someone to flip your car over for you. 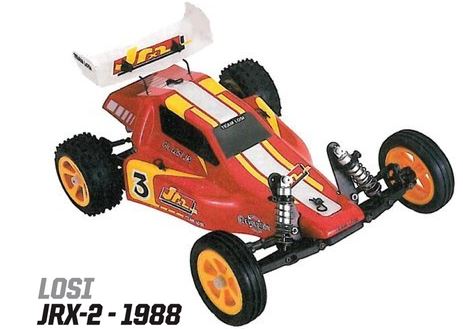 The shocks that Losi used on the original JRX-2 all the way back in 1988 didn’t change very much for over 20 years!

Every other item on this list is a component necessary for the basic operation of an RC vehicle, but the cars themselves have changed immensely too. Of the common items found on every car to line up on the starting grid, the shock damper is the one that has changed the most over the last ten years. Both Losi and Associated used the same shock design for decades prior to the most recent iteration of racing kits, and they were still the industry standard that entire time! 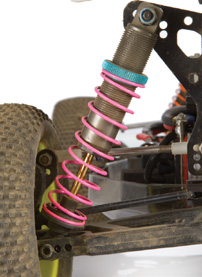 The last versions of Losi’s original shock were the same size, had the same bottom-loading o-ring cartridge, used the same array of springs – but their preload was adjusted via threaded collars, rather than a clamping spring retainer.

In fact, for several years “big bore” shocks were seen as more of a novelty than a true performance enhancer, but there are many reasons why all racing companies have adopted the new technology. Better seals mean fewer rebuilds and more consistency; the larger oil volume changes less from the first lap to the last, and from one run to the next; the ratio of oil volume to piston size, and the overall design of today’s 12mm shocks (which seems to be settling as the new standard), means that small adjustments make smaller changes, not only making it more forgiving for racers to make mistakes when trying new ideas but also giving the knowledgeable racer the opportunity to really zero-in on the ultimate setup for his track and driving style. 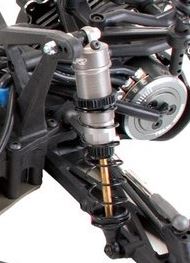 For the 22 family of vehicles, TLR created an all-new shock with a 12mm bore, new springs, new o-rings, new shock shafts, new everything!

Charles Darwin would certainly be proud of how the manufacturers in RC racing have continually pushed the envelope with new products that disrupted, or otherwise completely discarded, the status quo – and today’s cars are faster and easier to drive than ever. Do you agree with my list?