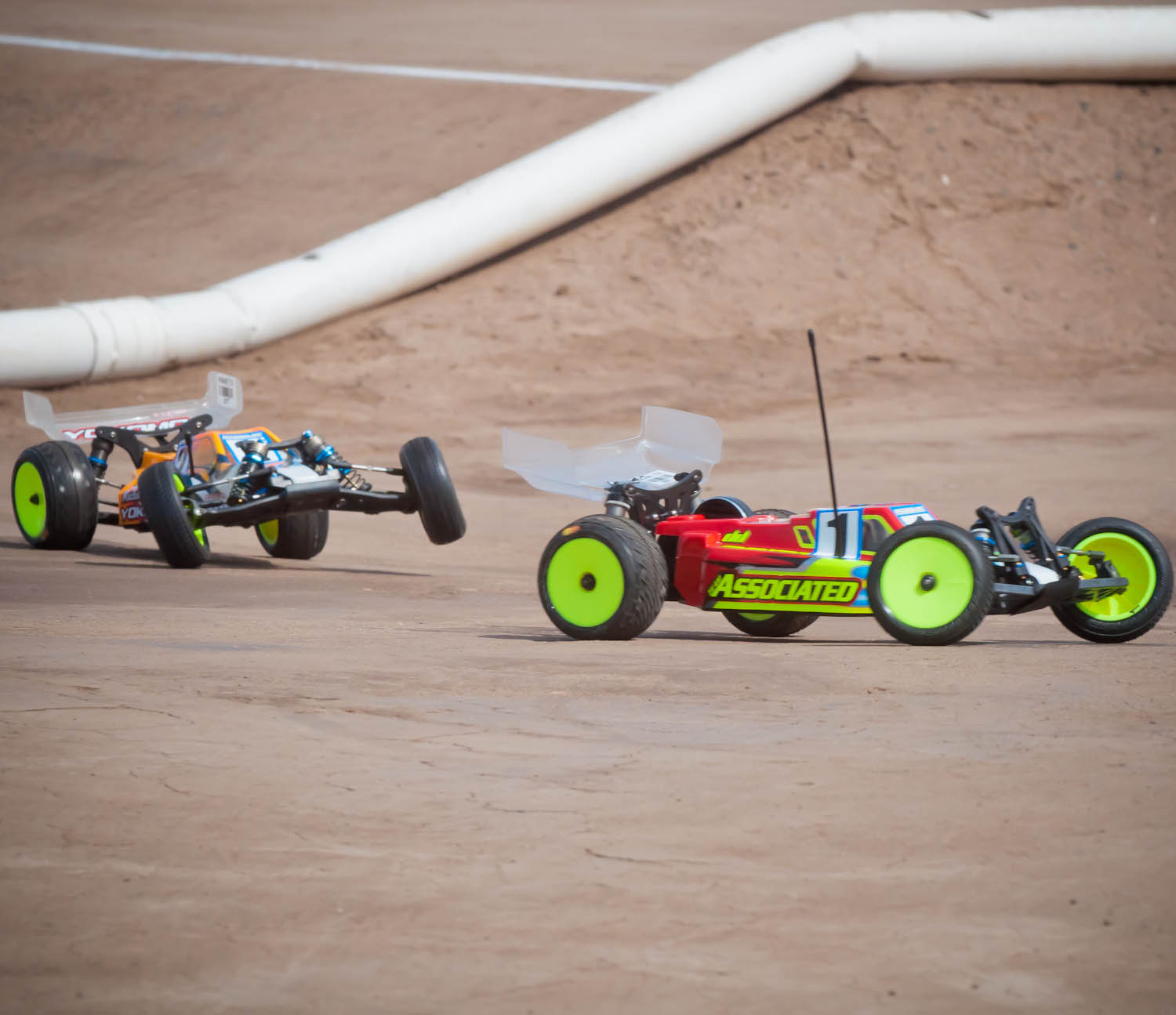 Throughout practice and into the first round of qualifying action it looked as though the American drivers had an advantage over the international field – not so in the second round, with three drivers hailing from Great Britain staking claim in the top five spots. A combination of improving grip and lessened nerves among the top drivers meant that the times improved significantly, with Lee Martin’s TQ time in round two a full three seconds faster than the top mark this morning, and the top 19 drivers completing 11 lap runs versus just seven just hours earlier. 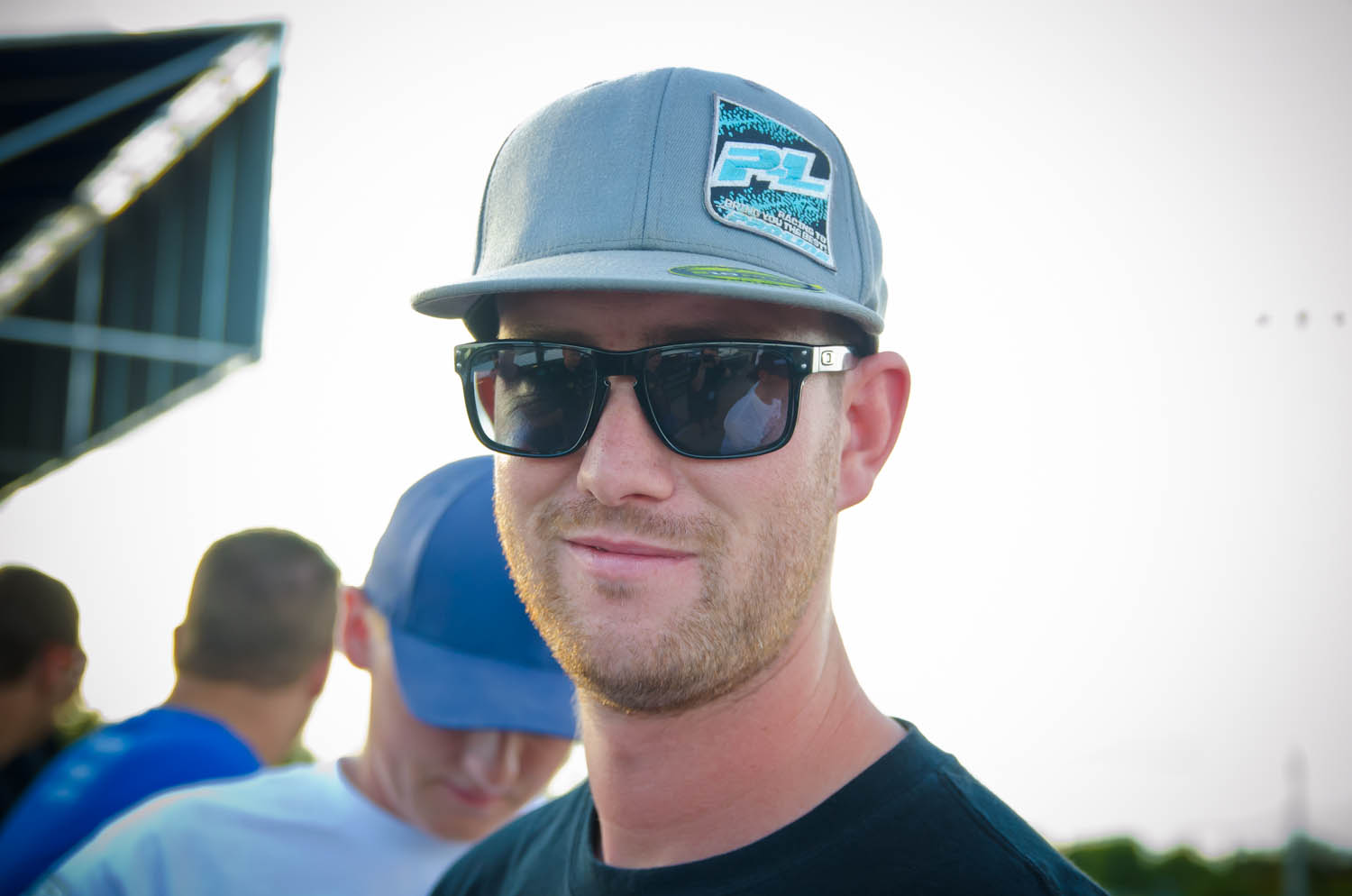 Lee Martin led the British invasion of Silver Dollar R/C Raceway, winning the ‘A’ heat and besting the field by nearly a full second. It’s no surprise that Lee, who has been happy with his car since getting a hold of the chassis setup in yesterday’s practice, has no plans to change anything for round two. 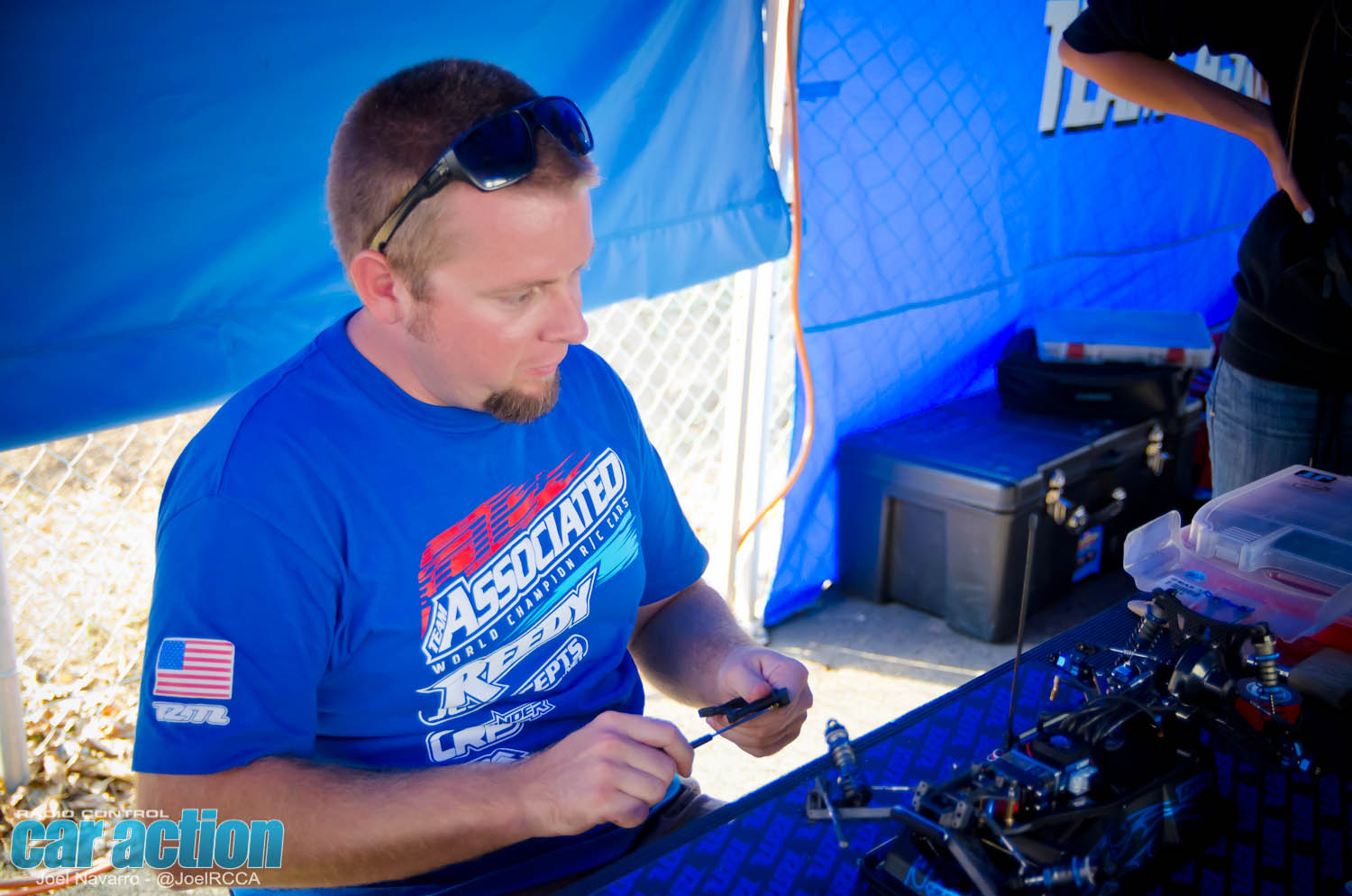 Ryan Maifield rebounded from a broken car in the first round to finish second overall. Ryan said that he was happy with his car and simply needed to calm his nerves after this morning’s accident, but will be changing the shock oil to cope with the colder temperatures. 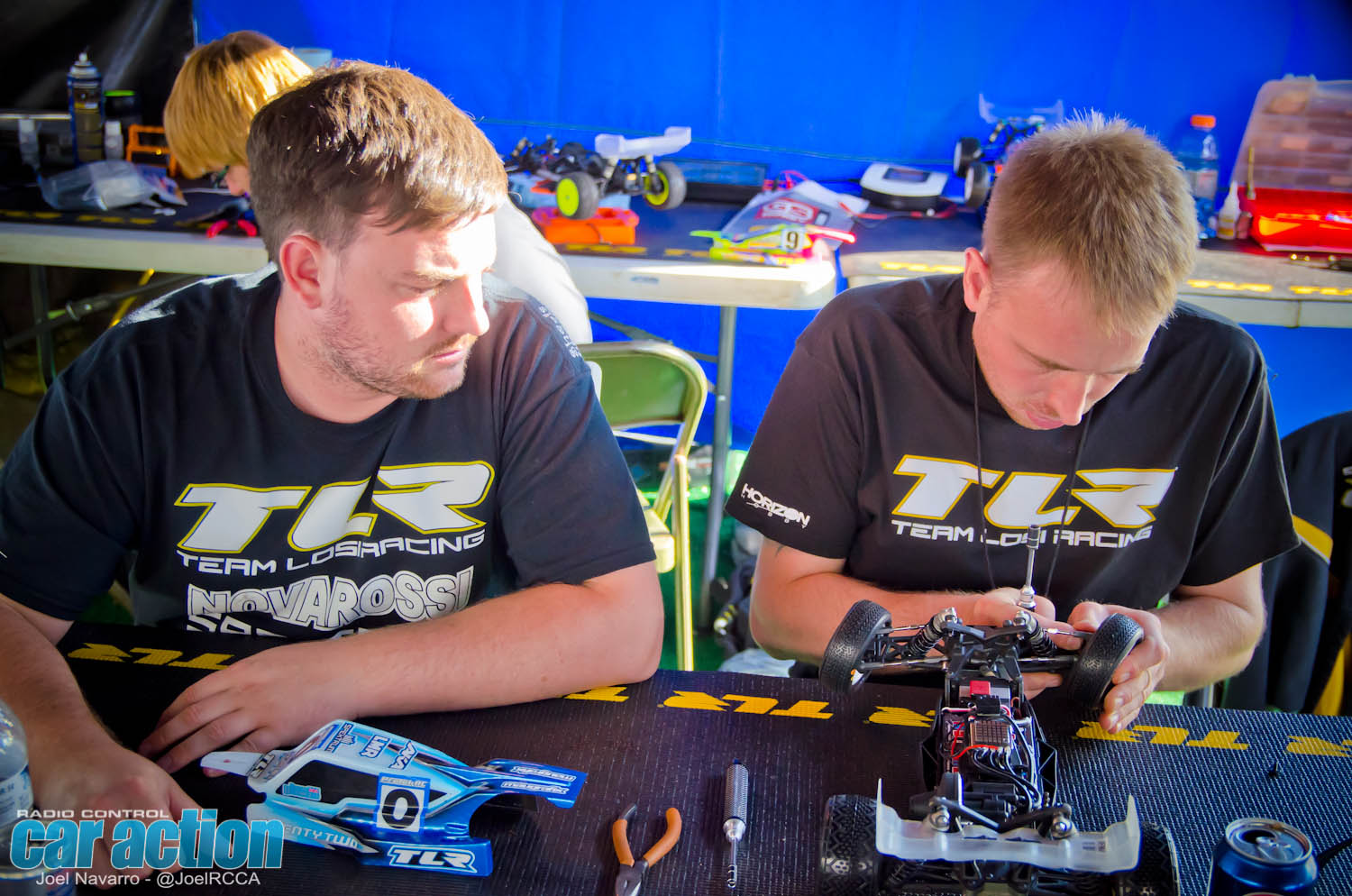 Darren Bloomfield improved on his first round finish, seventh, with a top three run in the second round. He was so happy with his TLR 22 2.0 that, when asked about any changes for the evening, he simply said “new tires, charge battery!” We can assume, however, that he meant “tyres” instead. 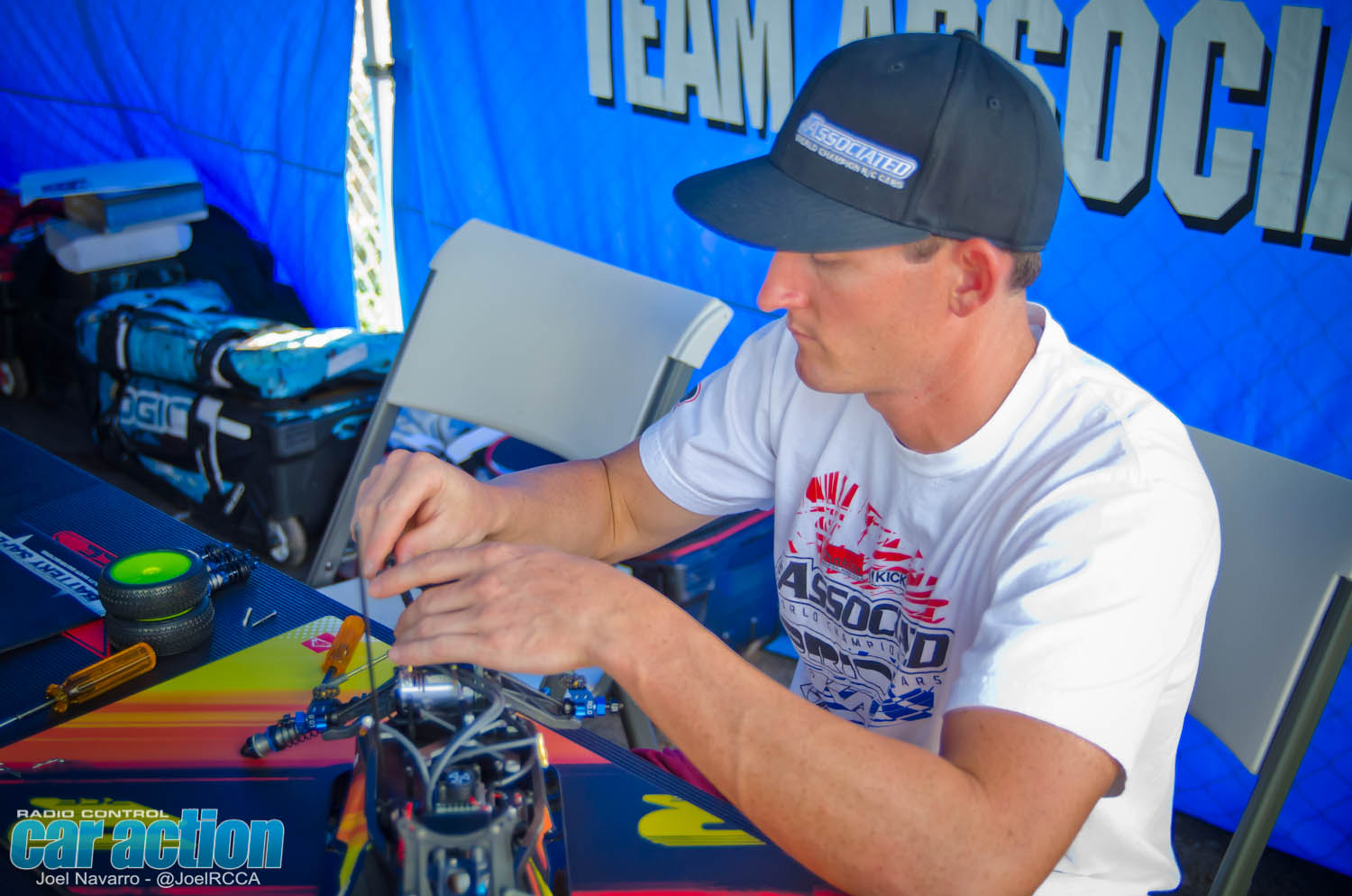 Defending World Champion Ryan Cavalieri finished one spot lower than this morning, running nearly an identical time (improving by just seven-tenths of a second). He plans no big changes to his Centro C4.2 mid-motor buggy but, like Maifield, will be going to lighter shock oil as the weather cools off this evening. 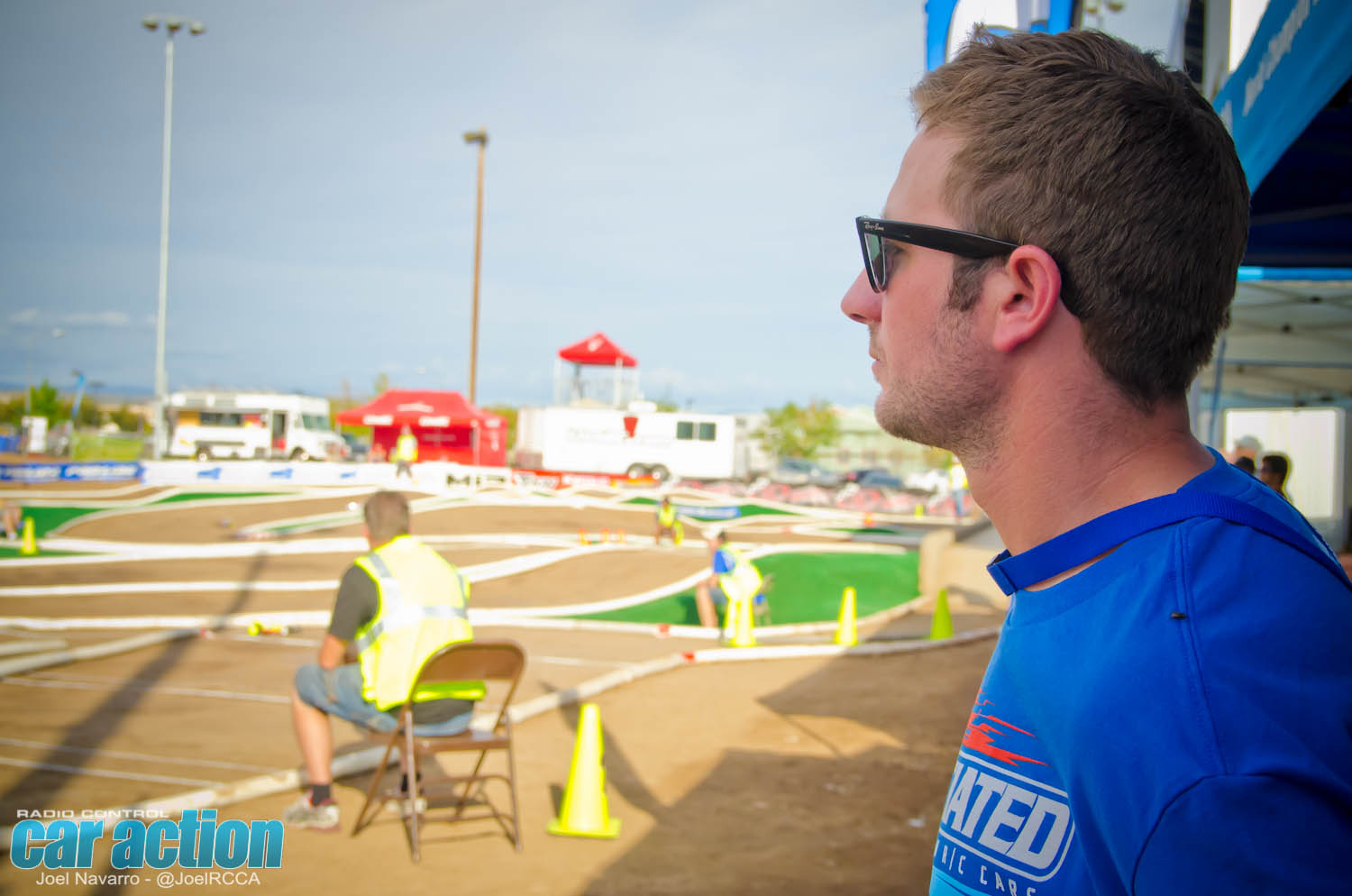 Cavalieri’s fellow Team Associated driver, himself a former IFMAR World Champion in 2WD, finished fifth for the round despite complaints that he “keeps crashing” in the beginning of the run. He also said that his car isn’t very good on brand new tires, and while it improves as the tires wear in it starts to fall off toward the end of the run as they wear. 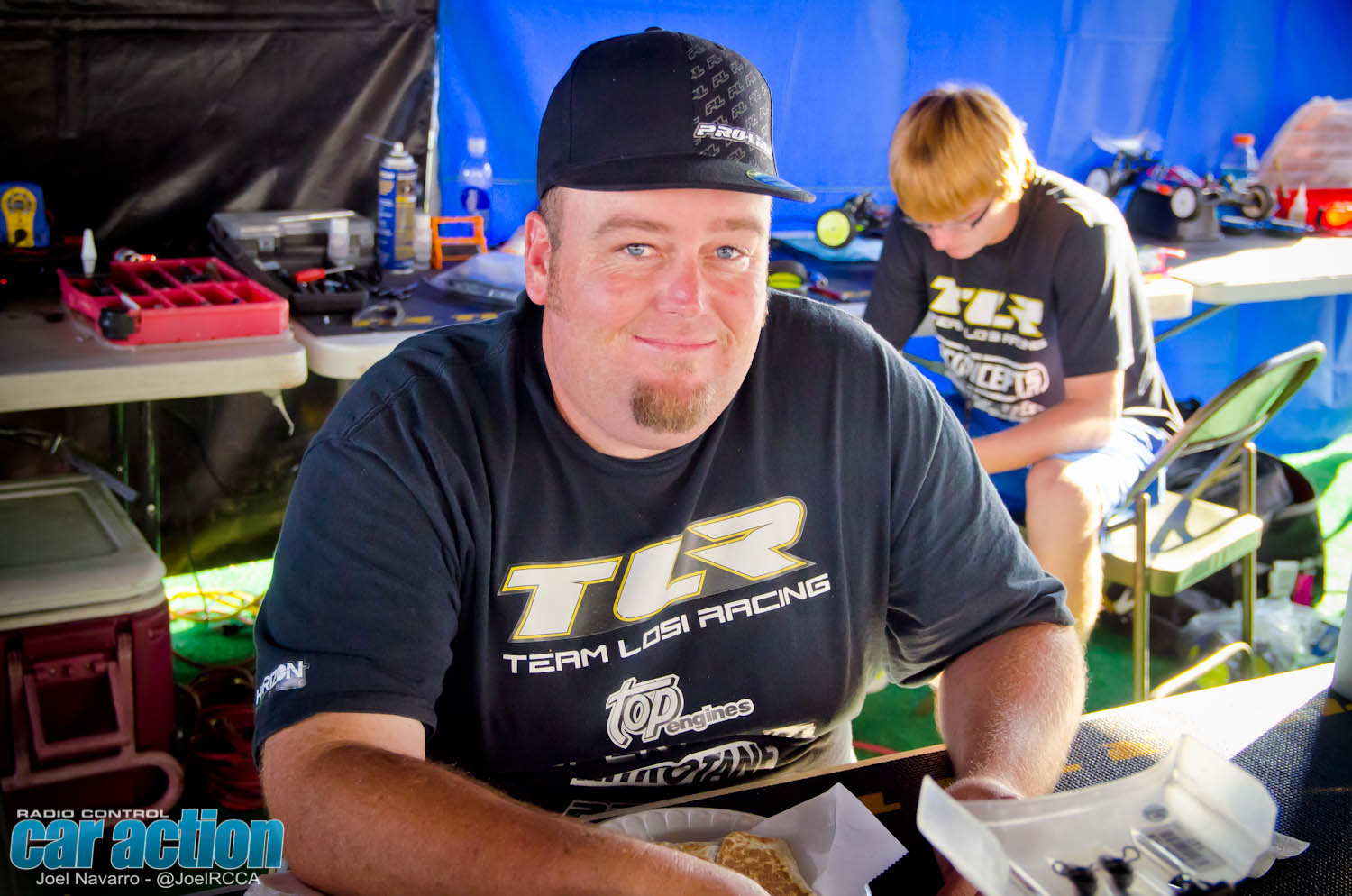 Two-time former ROAR National Champion in 2WD, TLR’s Mike Truhe broke into the top ten after finishing one spot out this morning. He was also among the TLR drivers who is happy with his buggy and doesn’t plan on changing anything but the tires for the third round. 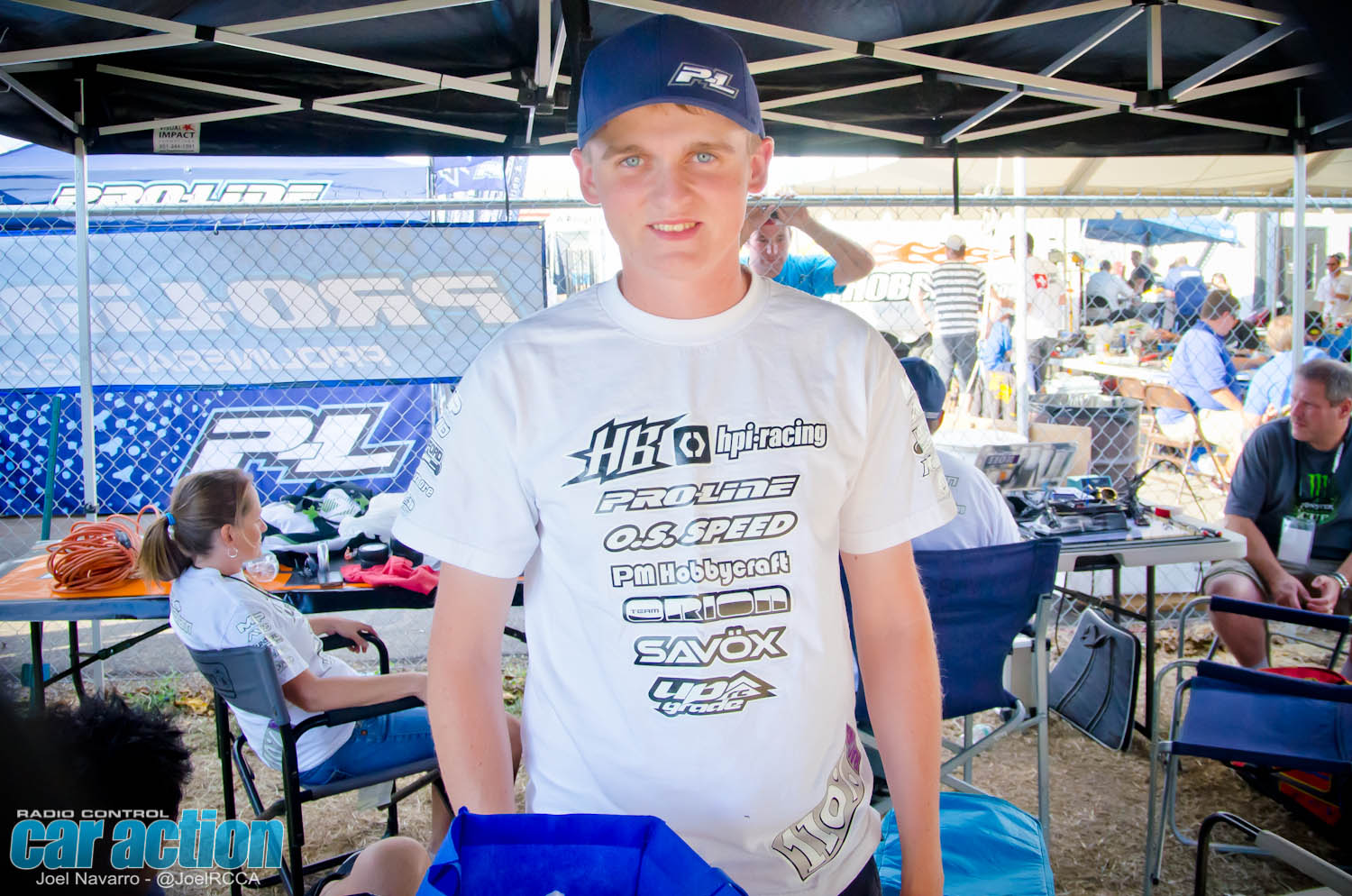 Just like Ryan Maifield, Ty Tessmann broke in the first round but recovered with a strong seventh place finish in round two. Immediately after the run he tore his car down to change the diff oil, and will also be lightening the shock oil for the remaining two runs this evening. 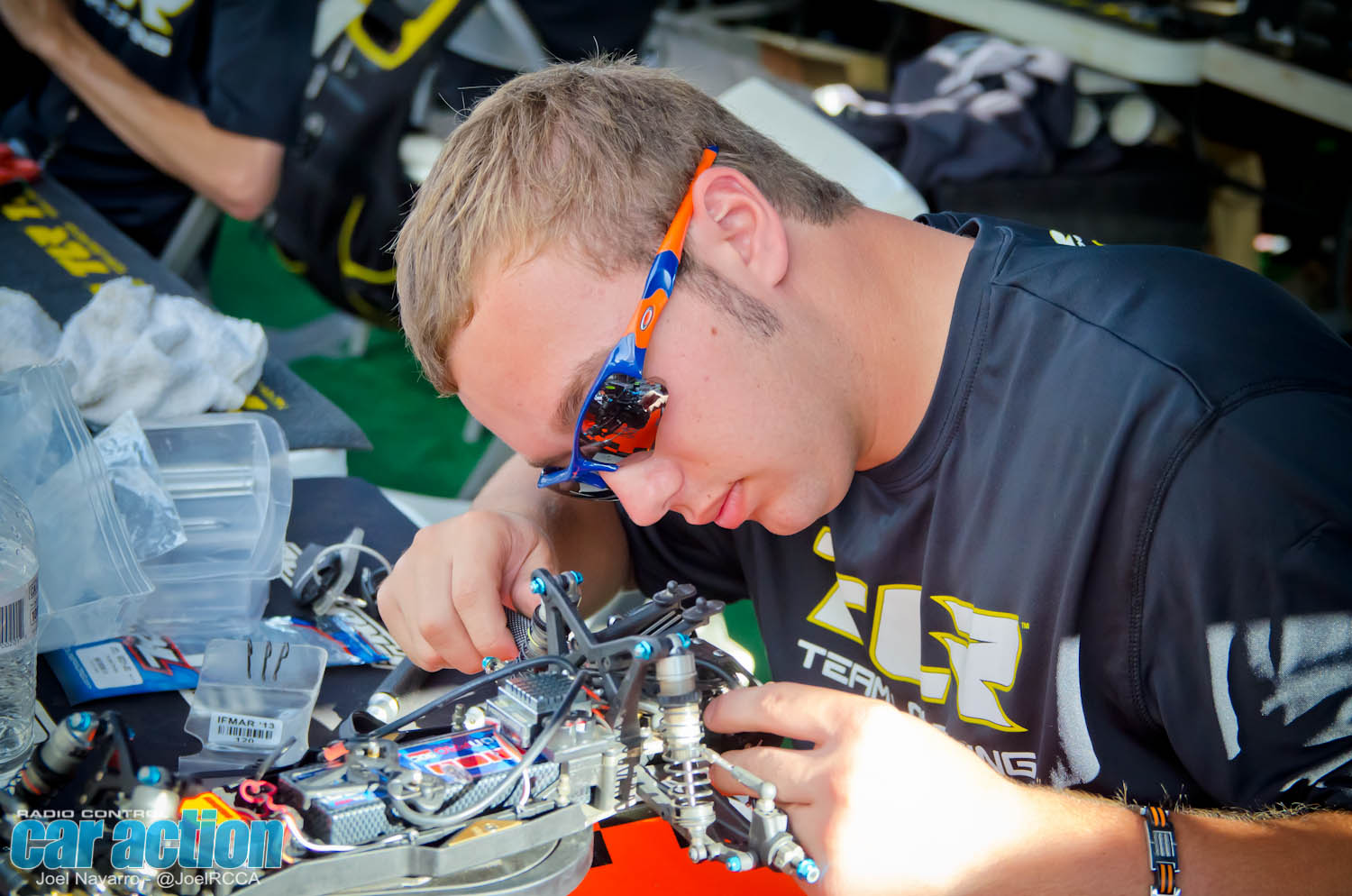 After a 14th-place run this morning, Dakotah Phend was relieved to pilot his TLR 22 2.0 to a top ten in round two. He’s confident with the car and simply needs to focus on his driving heading into tonight, with no changes planned. 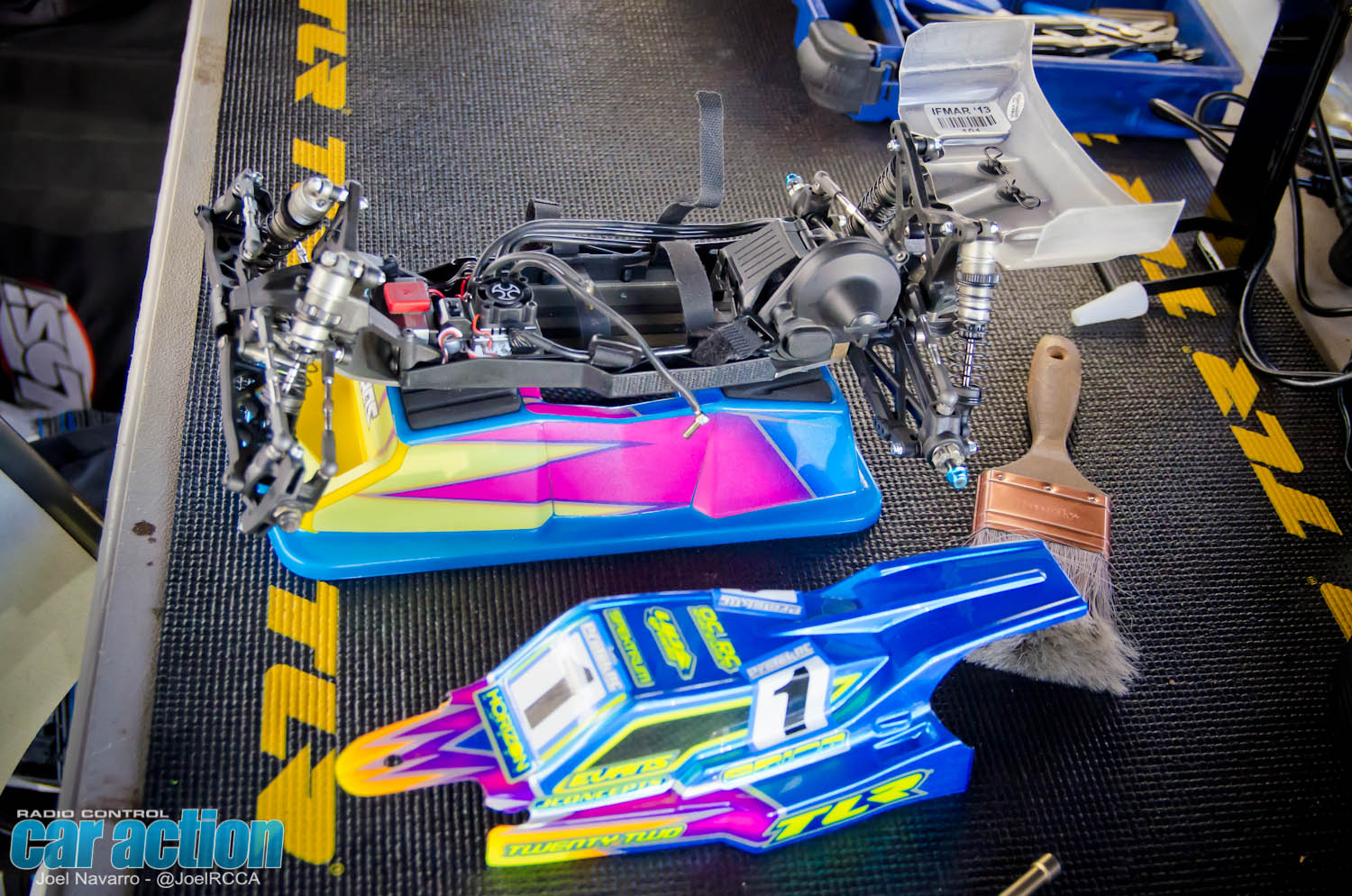 Dustin Evans opened the day with a second place run and, despite finishing seven spots lower in round two, thinks that his car has what it takes to run up front. No changes for this TLR driver, either! 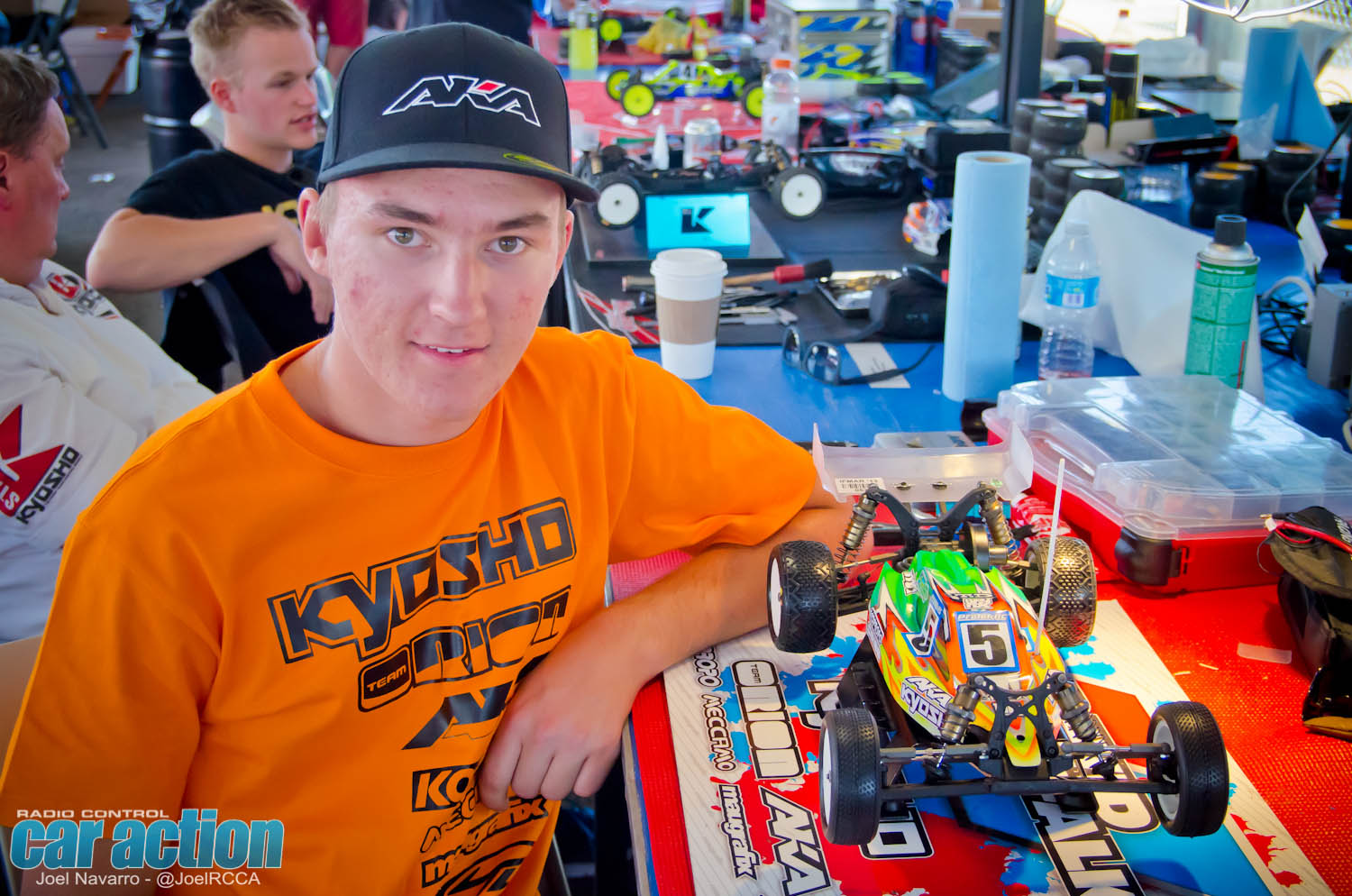 The young Swede David Ronnefalk fell five spots despite improving his time by two seconds over the first round, and won’t be making changes to his mid-motor RB6 as he’s happy with how the car has worked so far this week.