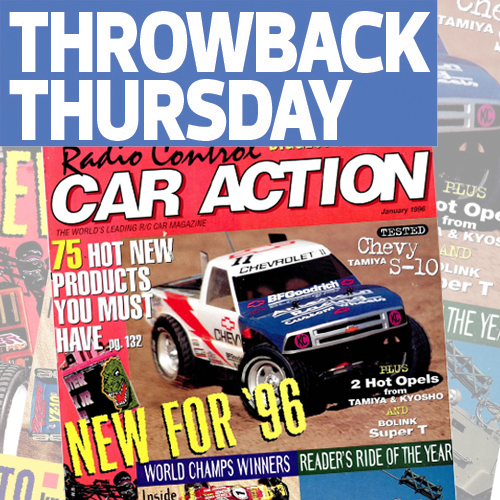 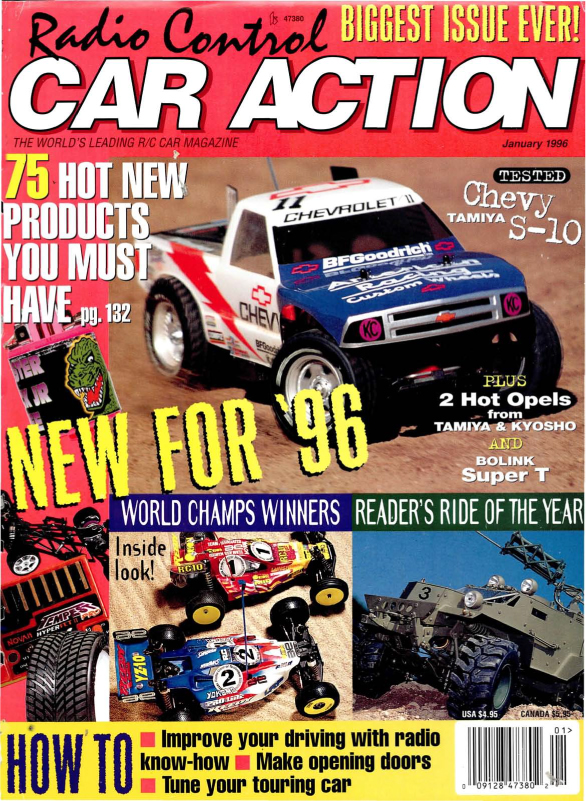 The mid-90s were a time of change in RC, drastic change. A new segment crept its way in, nearly overnight, as touring cars set the stage for the “next big thing” in the hobby and while our January 1996 issue kicked off a new year and featured some of this new segments newest rides, there was something within the pages that no one saw coming; Short Course. While what was still to become of SC laid unforeseen, Tamiya rolled out their new Chevy S10 4WD Pickup which will officially go down as one of the very first short course trucks in RC. At the same time we went to the now famous Yatabe Arena in Japan for the 1/10 Electric IFMAR Worlds and brought home a pair of newly crowned champion cars as well as an autographed t-shirt for readers to enter to win. Don’t say we never got ya nothing nice! The rides were those of well known driver Mark Pavidis and relative newcomer Matt Francis. For both of them, it was their first of many IFMAR World Championships but for us, it was the kick off of a year to remember for the ages. 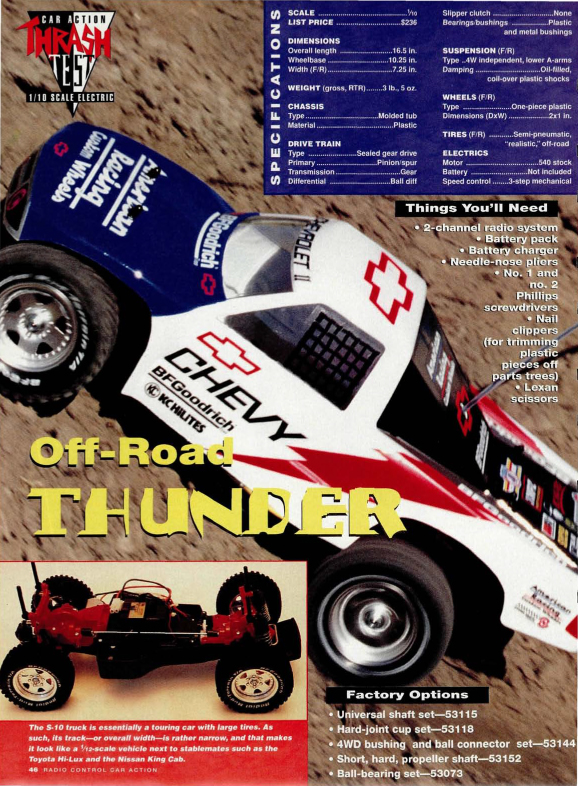 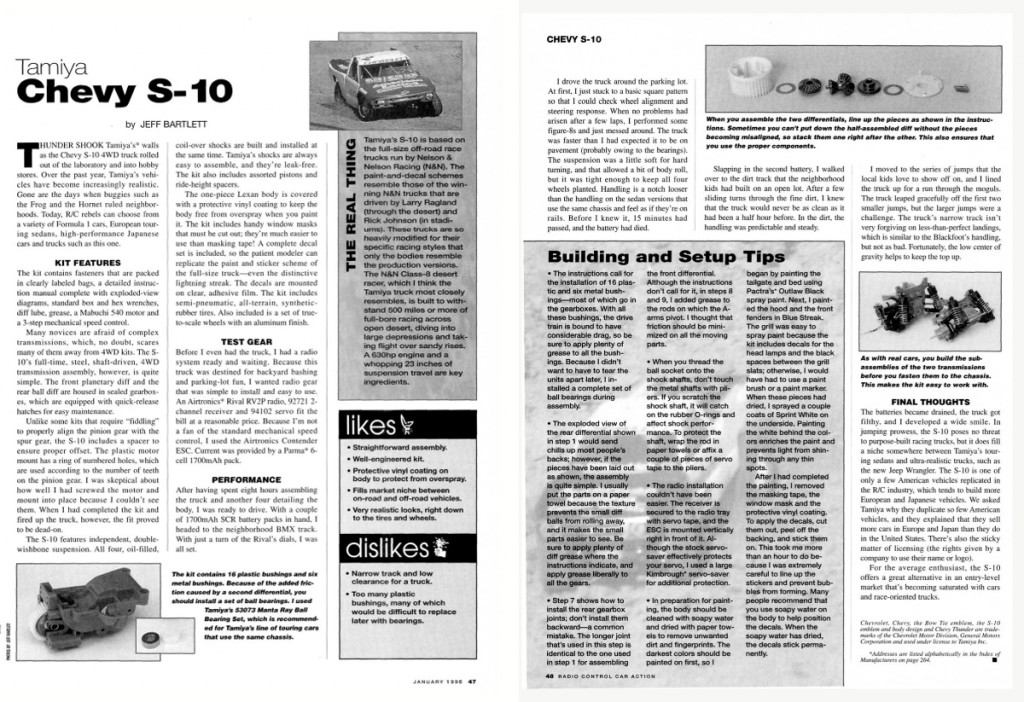 When it was released, the Tamiya S10 was a hit but no one knew it would lead to arguably the largest segment ever to hit our hobby, Short Course. The truck was based on the touring car platform that Tamiya started it all with, the TA-02, and was decked out in Nelson & Nelson Racing’s scheme made famous by then stadium racer now TORC Series star Rick Johnson (how’s that for a look into the future of SC). The TA-02 trucks would go on to spawn three more additions, the Ford F-150 (and F-150 reissue), Toyota Prerunner and the Desert Fielder which is the one remaining version you can still buy today! 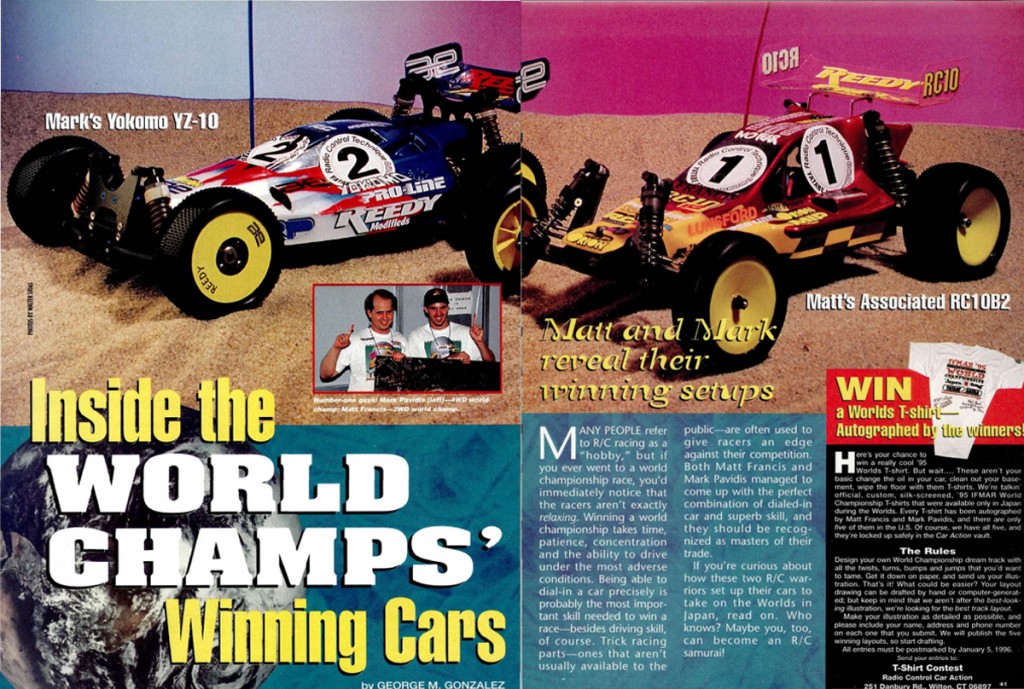 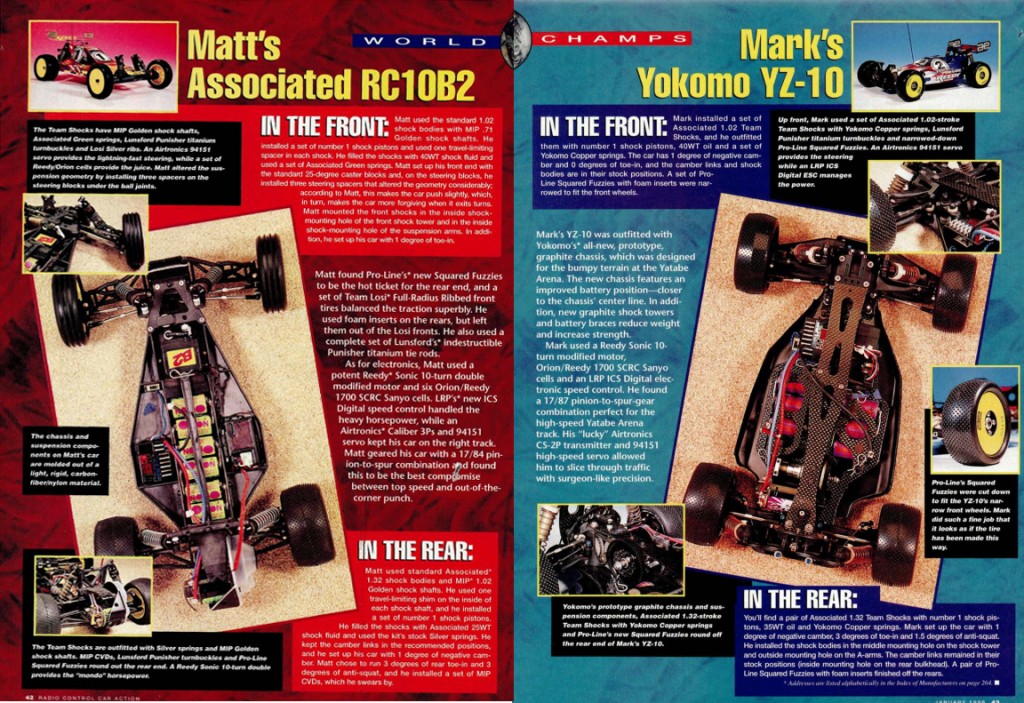 As 1995 wound down RC crowned a new pair of off-road World Champions in Mark Pavidis and a young hopeful named Matt Francis. Mark and Matt piloted their vehicles and themselves to the win at the Yatabe Arena in Japan marking their first championships in a string that would yield one more for Francis behind another 2WD buggy and two more for Pavidis at the helm of a nitro sedan and 1/8 buggies. The victories at Yatabe were a landslide for the new vehicles from both Associated and Yokomo and marked the changing of an era both in car design and in the names we’d see atop the podium.