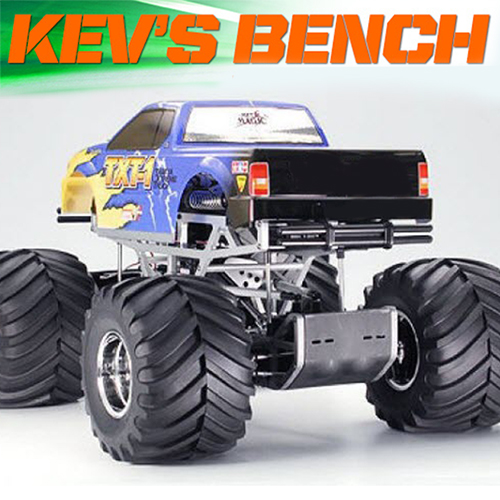 Who doesn’t love monster trucks? They are the ultimate machine and can do anything you want including bashing, racing, mud boging and rock crawling. Over the years there have been a lot of awesome RC monster trucks available and I have owned almost all of them. This week I want to share with you my picks for the top 5 monster trucks of all time and this was not an easy job. Let’s start at number 5 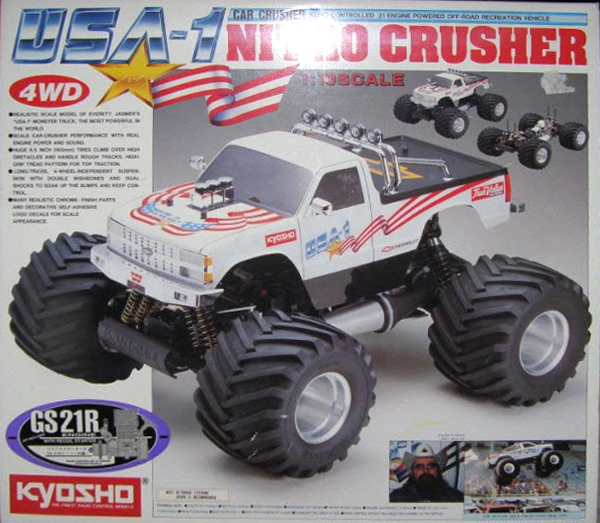 This truck was based on a 1/8-scale buggy platform and it had big block nitro power. So you had a truck with more than enough power to get the job done and it was also stable and durable thanks to the 1/8-scale buggy platform that it was based on. What got it onto my list was the detail that it came with. It was one of the only nitro powered monster trucks to be modeled after a the full-size USA-1 monster truck and to have a body with injection molded scale details such as a light bar, roll bar, grill, bumpers and a trick scale set of carburetors sticking out of the hood. 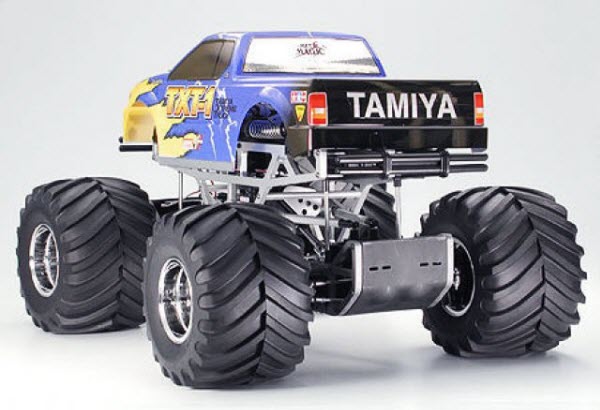 How can you not like the Tamiya TXT-1? This truck was made to look like the monster trucks that we are used to seeing today and featured a 4-link suspension with cantilevered shocks and a trick looking and very beefy aluminum plate chassis. This truck was offered as a kit and Tamiya helped you out by providing a speed control and two stock 540 motors to get it rolling. One reason for it being one of my favorite monster trucks because I worked with Tamiya on the design. I still have the handmade chassis that I made for the prototype truck. 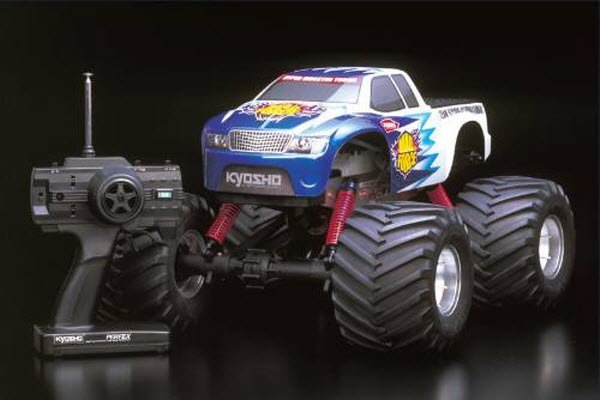 Not only did this nitro powered truck look cool but it had a suspension design never used a solid-axle monster truck before. It featured a unique 2-link suspension with a single shock per wheel that soaked up jumps and bumps better than any solid axle monster. The steering servo was mounted high in the chassis out of harms way and connected to the tires through a series of rods and bell cranks. Other features included a twin plate chassis, 3-speed transmission, bevel gear diffs and lightweight wheels and tires. 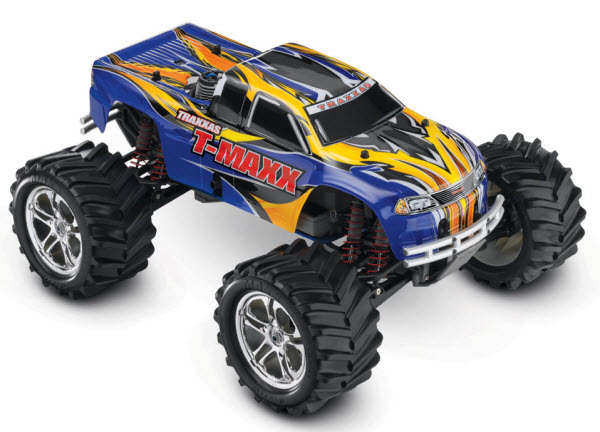 #2 Traxxas T-Maxx
You can’t talk about monster trucks and not mention the Traxxas T-Maxx. There were nitro powered monster trucks before the T-Maxx but Traxxas was the first in many years to give us something that was new and done “right”. This truck is responsible for the nitro power monster truck boom of the early 2000s. It was packed full of reliable power, had great speed thanks to the 2-speed transmission and the suspension was super plush and road over jumps and bumps like nothing we saw before. I was lucky enough to drive one of the very first T-Maxxes and I was blown away my first time behind the wheel. Since it’s debut, the T-Maxx has gotten longer, wider, and more powerful, but the essence of the T-Maxx remains the same. 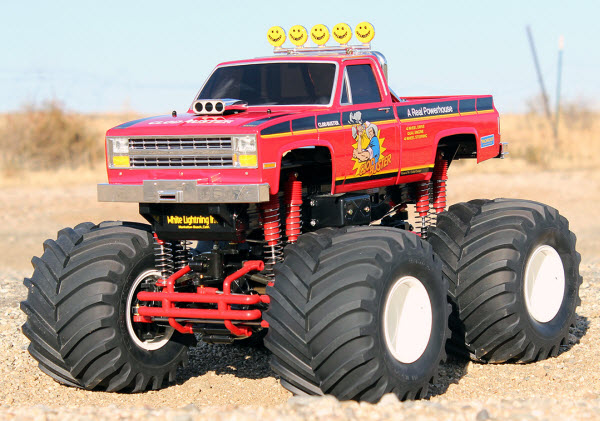 #1 Tamiya Clod Buster
Hands down the Tamiya Clod Buster was and still is my favorite monster truck. I was just a kid when it was released in the late 80s and I had to have one. Since then I have built a ton of Clods and done everything that you could do with it. When the Clod Buster debuted in 1988, there was nothing out there like it. It was a solid axle truck with independent front and rear gearboxes, two motors, a total of 8 shocks and an awesome injection molded body. Countless Clod Busters have been modifieds to do just about everything you can do with a monster truck including mud bogging, truck pulling, racing and rock crawling. Long live the Clod!