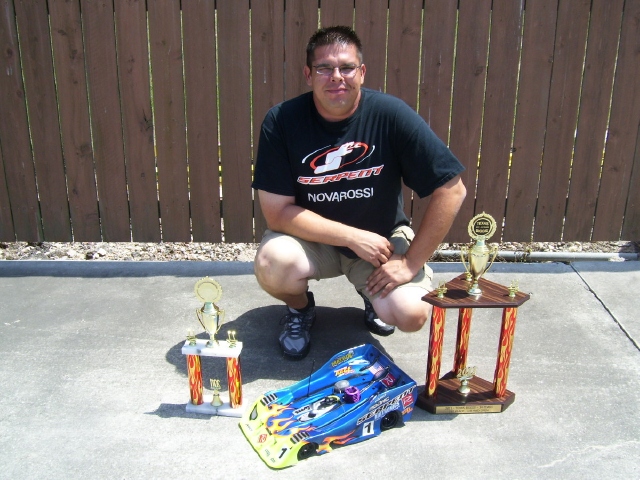 For almost 34 years straight Memorial day weekend has been the home of the Texas Biggie here in the states. It is the track that Bob Ingersoll and RCRCNT crew run in Rendon, Texas. This year the club members put a new sealer on the track wich made it smoother and faster.

I arrived with my 966 evo and worlds upgrades ready to learn more about how the upgrades work and effect the overall chassis balance. I struggled a little on the first day with over steer, made a simple adjustment with toe and the car was on rails for the rest of the weekend. The new WC parts can give you more of everything and makes it easier to go fast without getting technical.

At the end of Qualifying I was TQ with a very solid run, and felt I had a chance at the win. The crazy thing is if I did win it would be the fifth year in a row, so yes I was a little nervous. At the start my car was really good, it was as close to perfect as possible. I managed to build a lead by the halfway point and just tried to save as much tire as possible as I knew my competitors would be in pursuit. Toward the end of the race my tires were really small as we went on a no tire stop strategy, so I was being safe trying not to over rev my engine, feathering the throttle down the straight for the last few minutes.

It has been a few days and I still can’t believe I won again, I was honored to win it the first time but five in a row is crazy, I can’t explain it. It was a very relaxed race ran very well by the staff, with a lot of new faces racing. It was fun!

So in the end I would say the new parts a something every 966 owner should try, they are a positive addition to the car.

I would like to thank all my sponsors for their help, Desoto Racing, Serpent America, Novarossi, PM, Byrons Racing Fuel, Airtronics, Paint By Smiley, and a big Thank You to Mike and Carol Eberle of Mikes Hobby Shop. 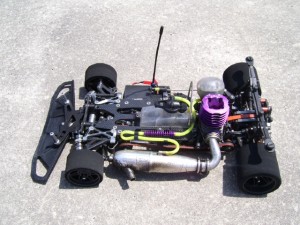