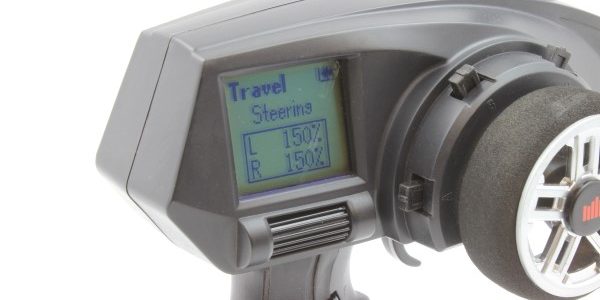 I’ve got a Spektrum DX4C transmitter with an SRS4210 receiver. Since I transferred the receiver to a new car, there’s been some weirdness with the endpoints—even when set for maximum throw, I’m only getting about 70% steering travel. The guys at the hobby store were stumped. Any ideas?

This is a setup gremlin that occurs with Spectrum’s AVC equipped receivers like your SRS4210. If you try to set endpoints that require more throw than the setting from the last time AVC was calibrated, the receiver won’t recognize the new settings. Thankfully, it’s easy to fix. First, max out the transmitter’s endpoints to the 150% setting. Next, bind the receiver and calibrate the AVC system by powering down your car and radio system and inserting the bind plug into the bind port of your receiver. Power up the receiver and hit the bind button on your radio to bind the system. When the receiver’s LED stops blinking, set AVC by pulling the trigger to full throttle, pushing it to full brake, then turning the wheel full right and full left. The LED will flash once and let you know that the calibration process is complete. At this point you can remove the bind plug and set your end points where you want them. Finish off by powering down again, installing the bind plug and re-binding and calibrating the receiver. These end point settings will be recognized by the AVC software as the maximum throw settings. Remove the bind plug and you’re good to go. 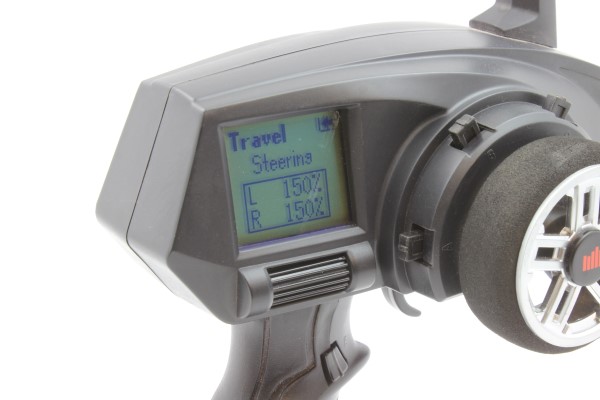 Set the endpoints to 150% before rebinding the receiver. 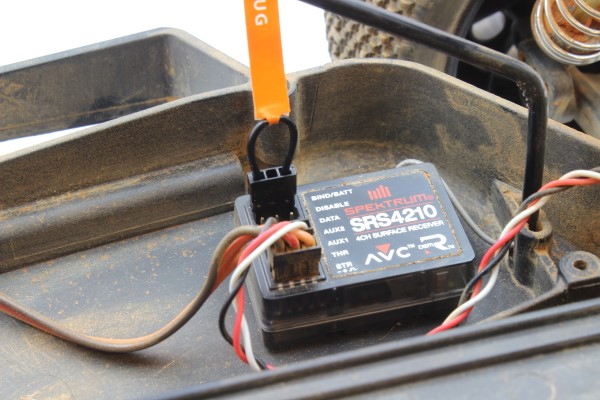 Use the binding plug to put the receiver into bind mode (you did remember to put the bind plug  someplace where you could find it, right?).