Does it matter which way the yokes face on a telescoping driveshaft? It seems like having them 90-degrees from each other would make sense.

Actually, it does matter which way the yokes are installed, and 90 degrees is not the way to go. Correctly oriented universal joints are said to be in phase (as illustrated below). When assembled out of phase, the u-joints will cause vibration in the drivetrain anytime the driveshafts are not parallel with the u-joints—which is pretty much all the time in any off-road application. The vibration may not be noticeable since you aren’t actually riding in the car or truck, but it’s definitely stressful on the driveshafts. Another thing to watch out for is the angle of the output shaft and stub axles; ideally, they should be parallel. That would call for zero camber in a vehicle with independent suspension, but since we typically run only two or three degrees of camber, the angles are close enough—and the benefits of camber outweigh the negligible effect on drivetrain efficiency. Watch the video below. 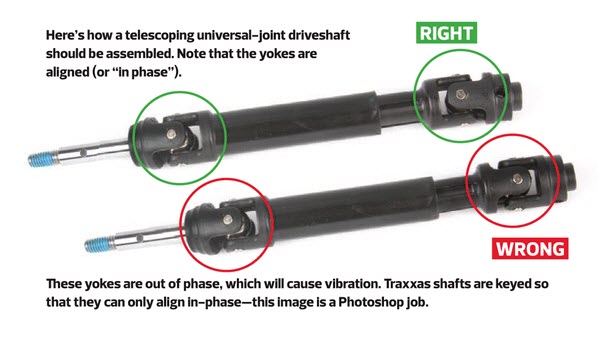 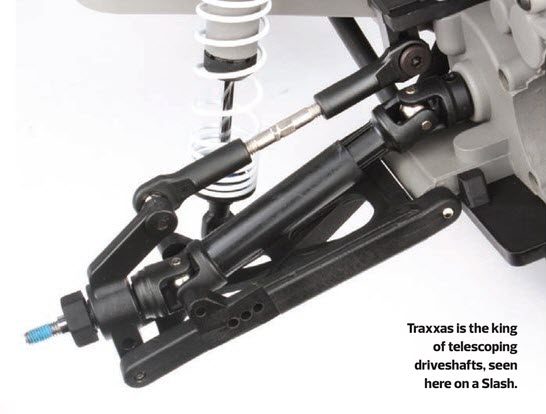