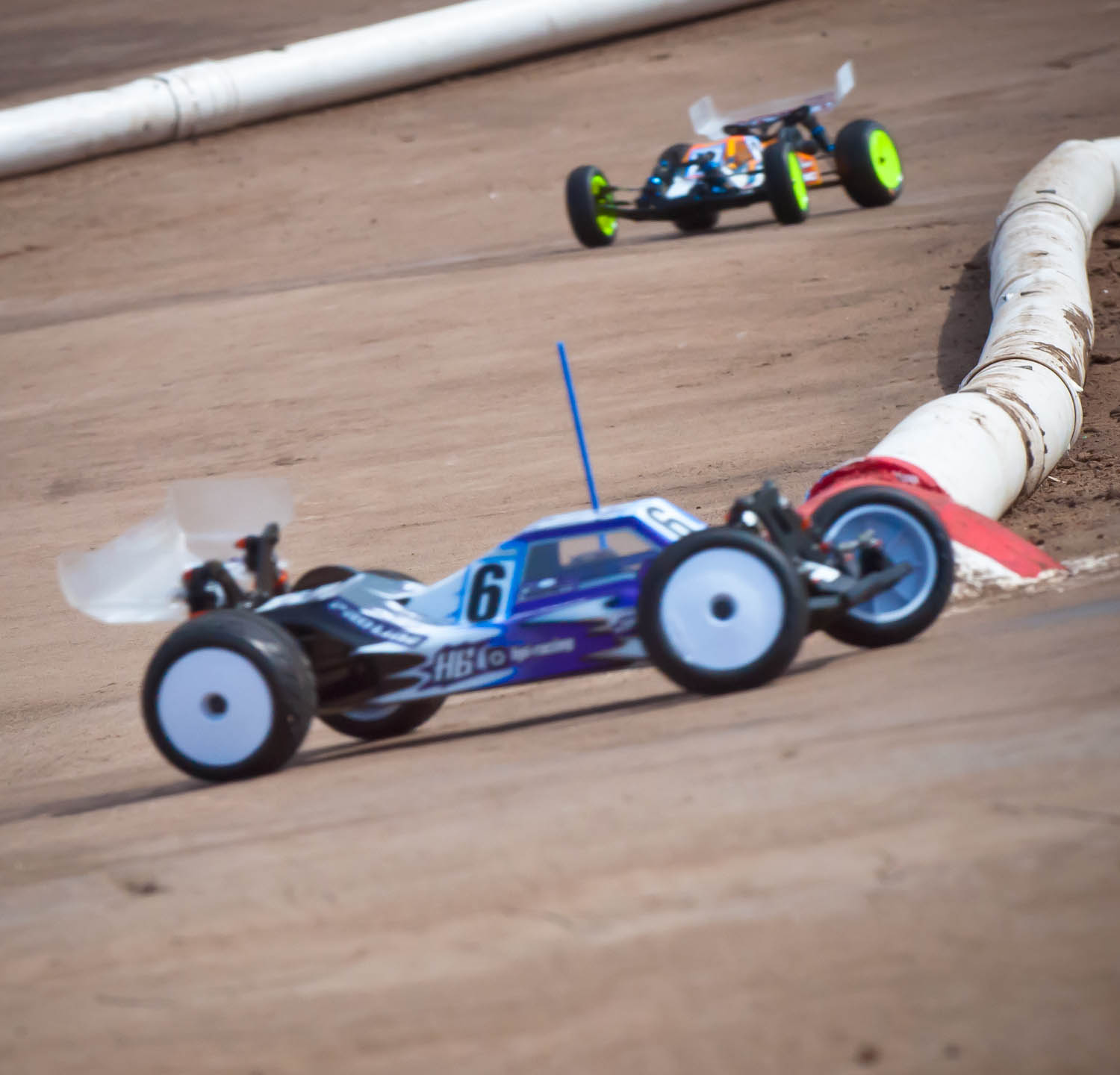 Unlike most big races that use two out of four qualifying rounds to determine the lineup for the main events, the IFMAR World Championships use each racer’s best three runs out of five chances. Round three can often be a turning point for many drivers at a Worlds event; if you’ve had two bad runs leading up to this point you can no longer afford any mistakes, while those drivers who logged two solid runs have a little bit of leeway to take chances and push for a faster time knowing that they’ve got two more opportunities to put it all together. Round three is the perfect time for an underdog to make a surprise run at the top ten, and we saw a few examples of that this evening. 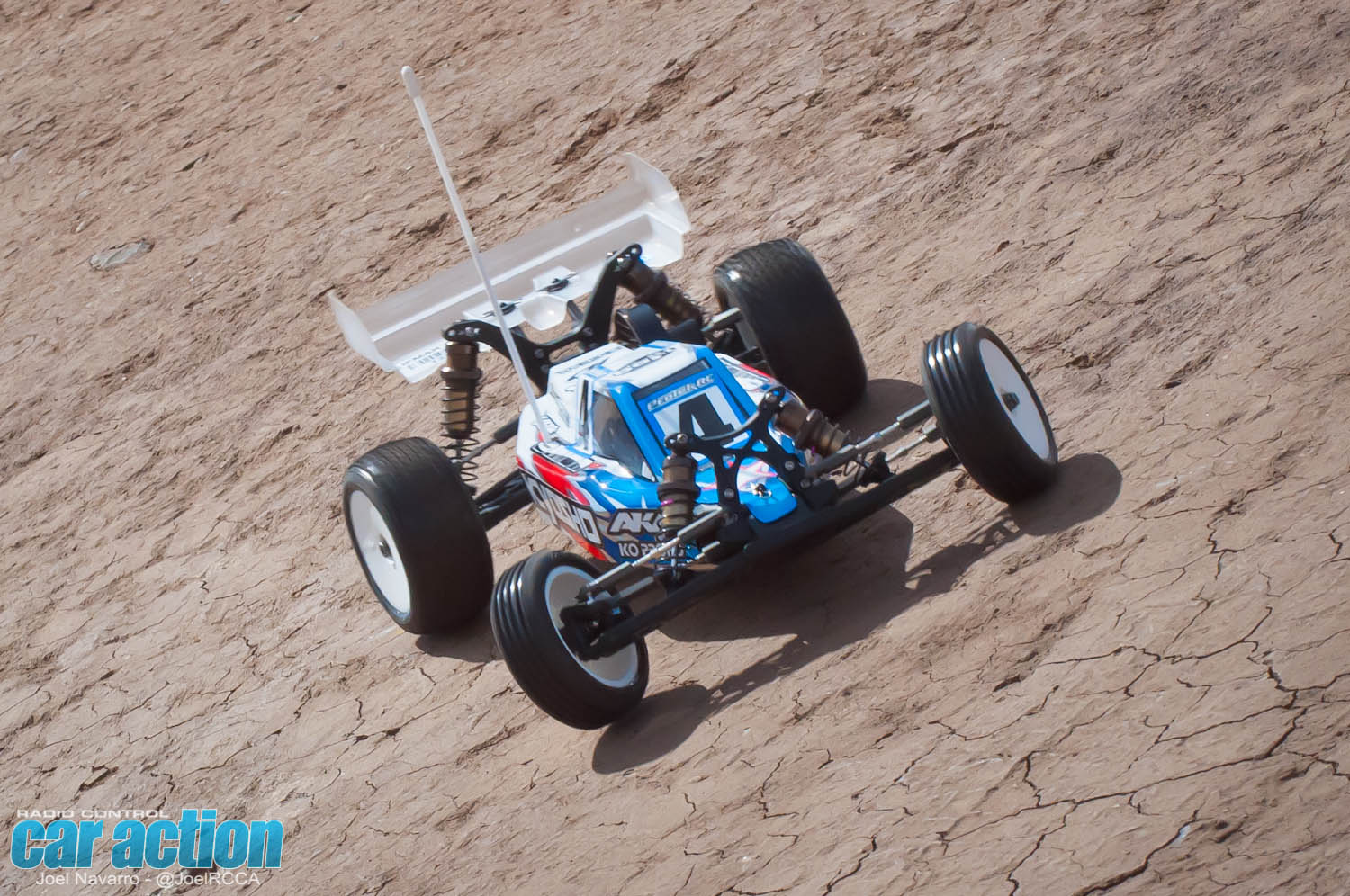 Though Jared Tebo struggled to a 15th-place run in the last round he rebounded in spectacular fashion with another TQ run and the fastest time of the week so far, nearly three and a half seconds faster than his first round time. The 2007 World Champion in the 4WD class looks as comfortable as ever with his RB6 buggy and had no big plans for setup changes, which begs the question – when is it appropriate for the rest of the field to start getting worried that Tebo could run away with this thing? 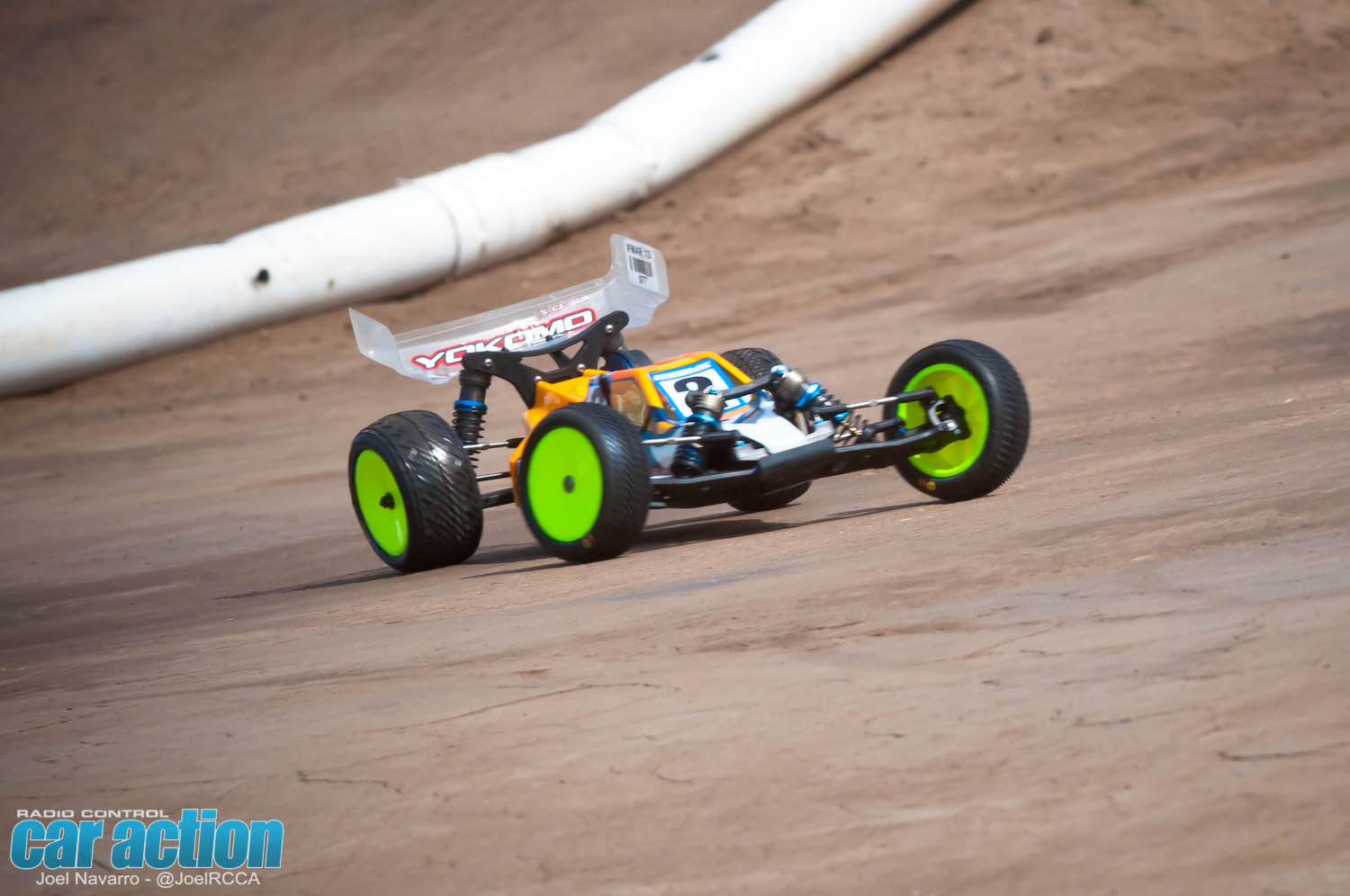 Yokomo’s Japanese youngster Naoto Matsukura is no stranger to winning at this level, either; the two-time 1/12-scale on-road World Champion has quietly earned solid points in all three rounds so far, and he could be a force to be reckoned with should be qualify for tomorrow’s A-Main final. 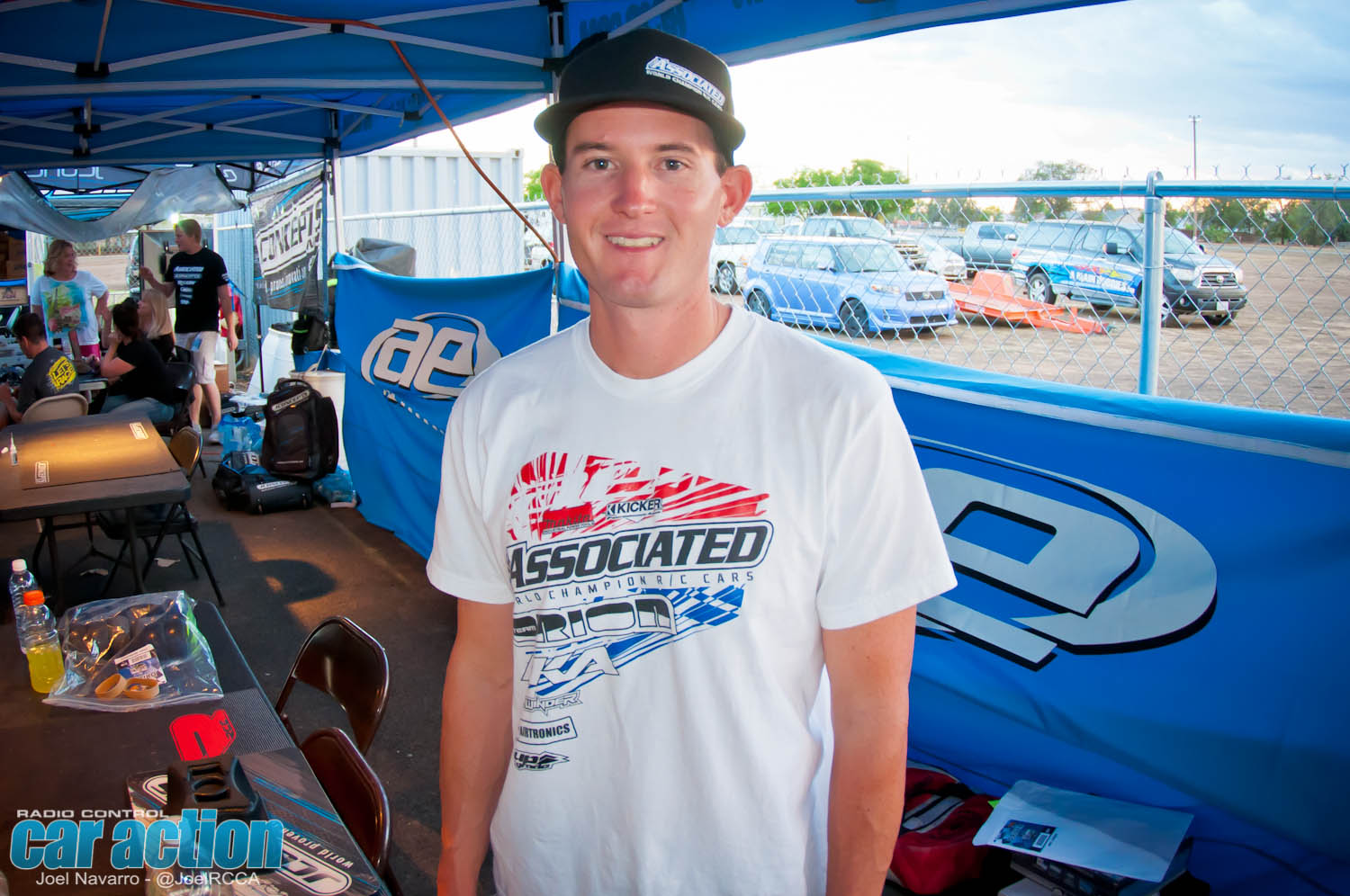 Ryan Cavalieri has more IFMAR World Championships than anyone in the field, and while he hasn’t lit the track on fire yet this weekend he knows better than anyone that his title defense first must start with qualifying for the A-Main. His finishes in the first three rounds should guarantee him at least a decent starting spot in the final. 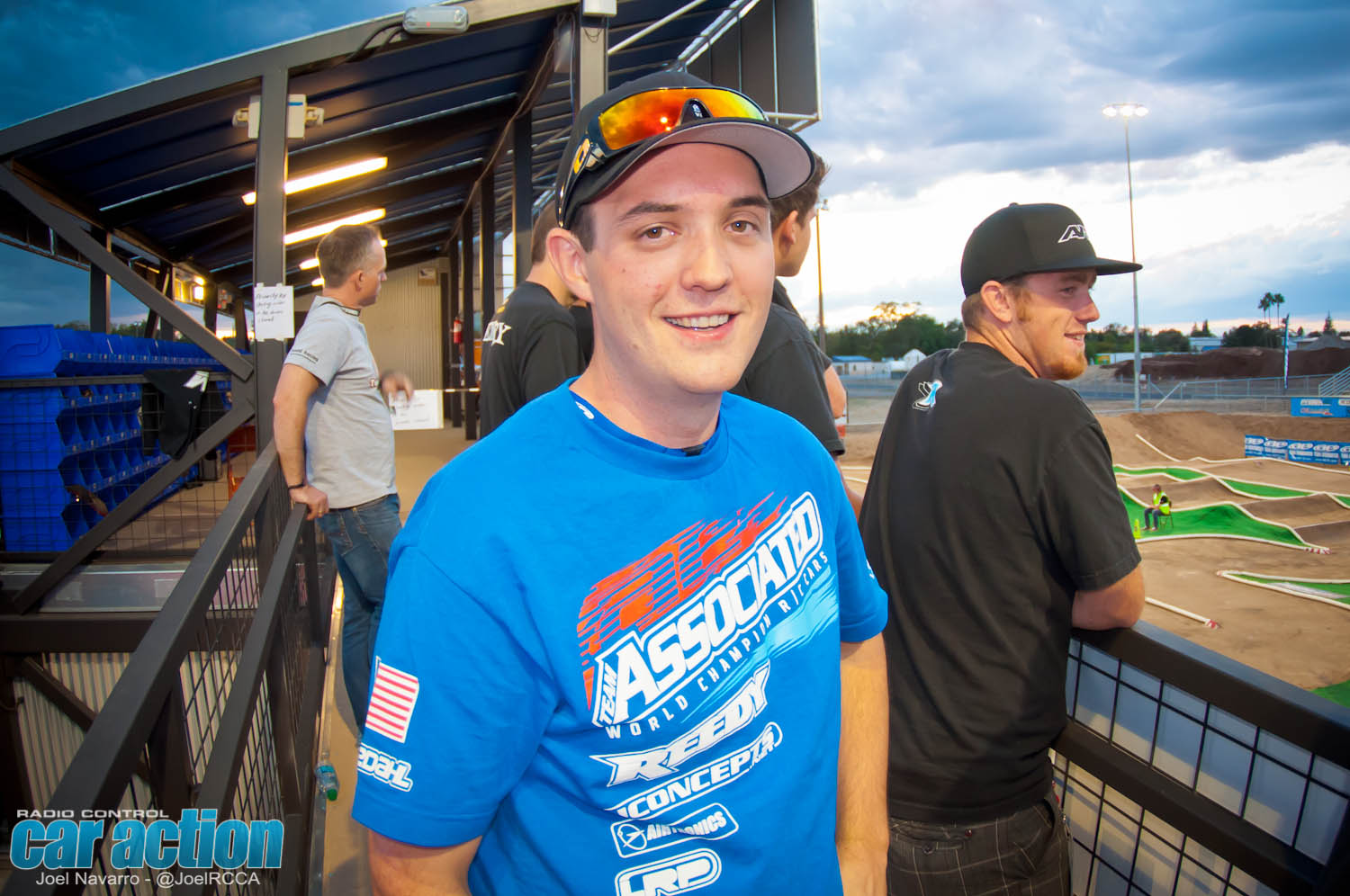 Team Associated design engineer Kody Numedahl may want to pinch himself; with two top ten finishes in the first three rounds of the first IFMAR World Championships he has ever attended, he’s just one five-minute run away from qualifying for the A-Main and a chance to race for the title! 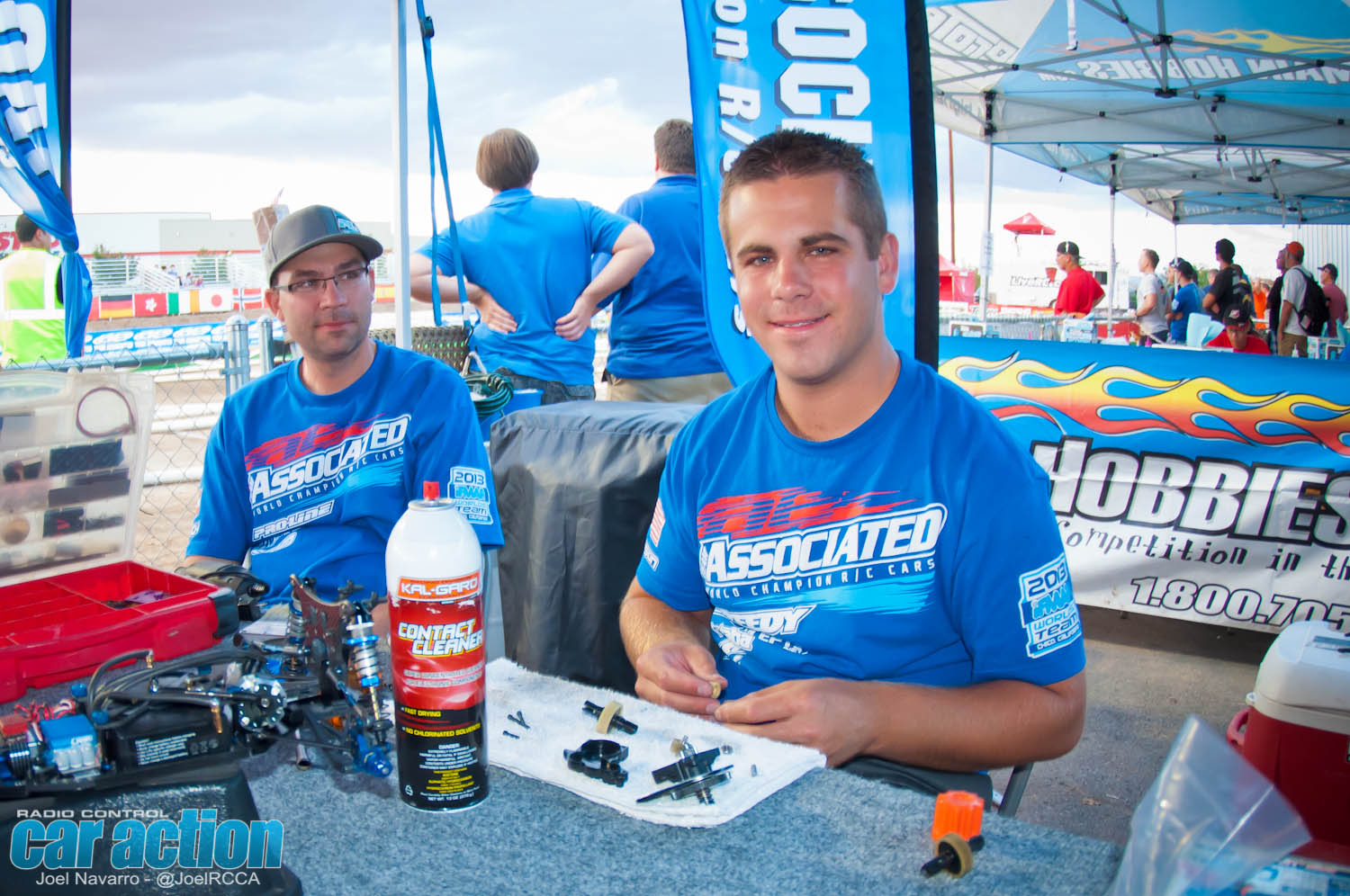 After breaking in the first round and failing to crack the top 15 in the second, Steven Hartson needed his last three runs to be great in order to move way up the charts. He took a step in the right direction in round three, improving on his best run by over three seconds to finish fifth for the round. 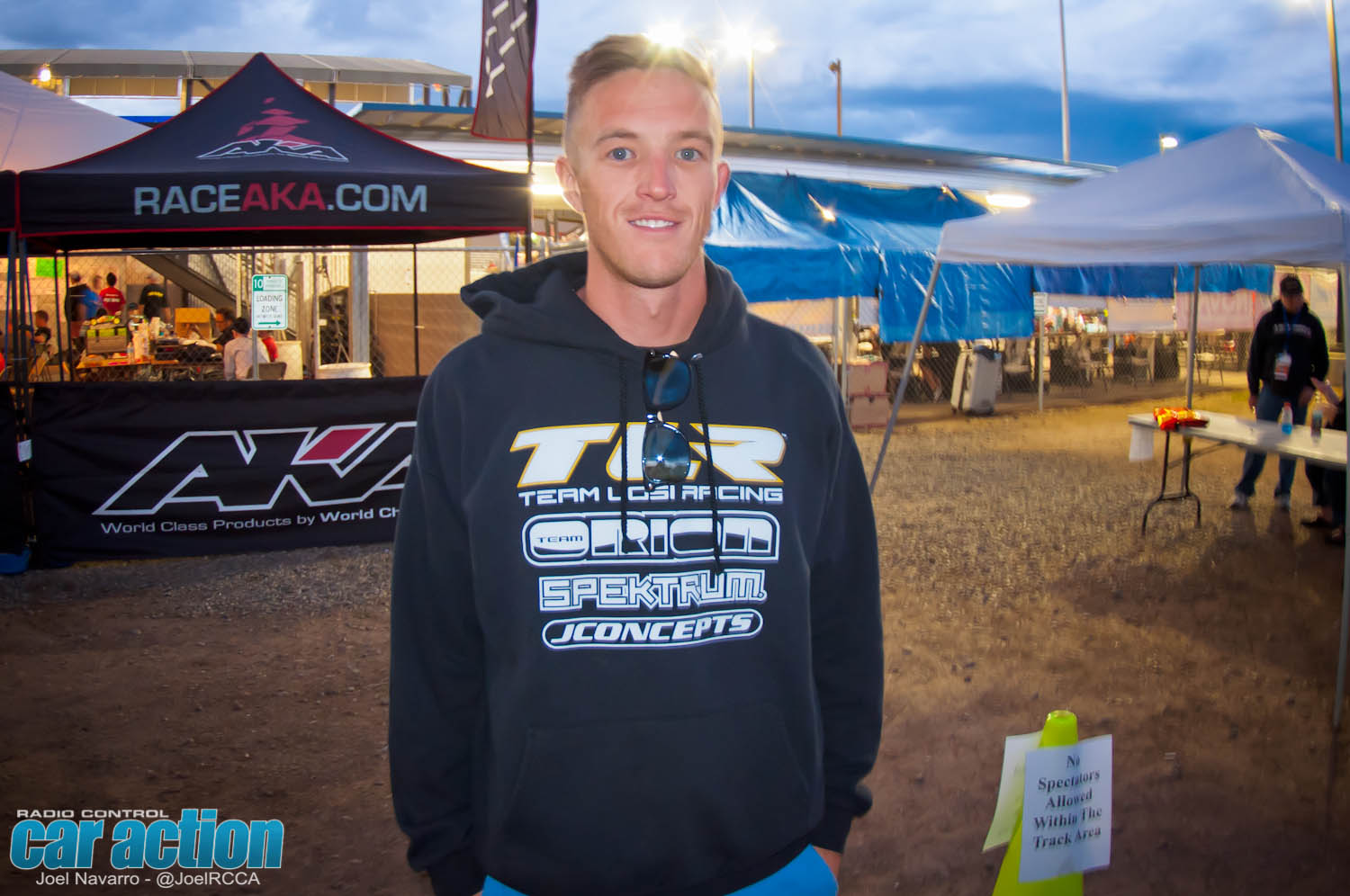 TLR’s Dustin Evans has been the model of consistency, with all three of his runs within less than two seconds of each other! A sixth place finish in round two slots neatly between his first two points runs as well; with three top ten runs he’s in a great position to make the show. 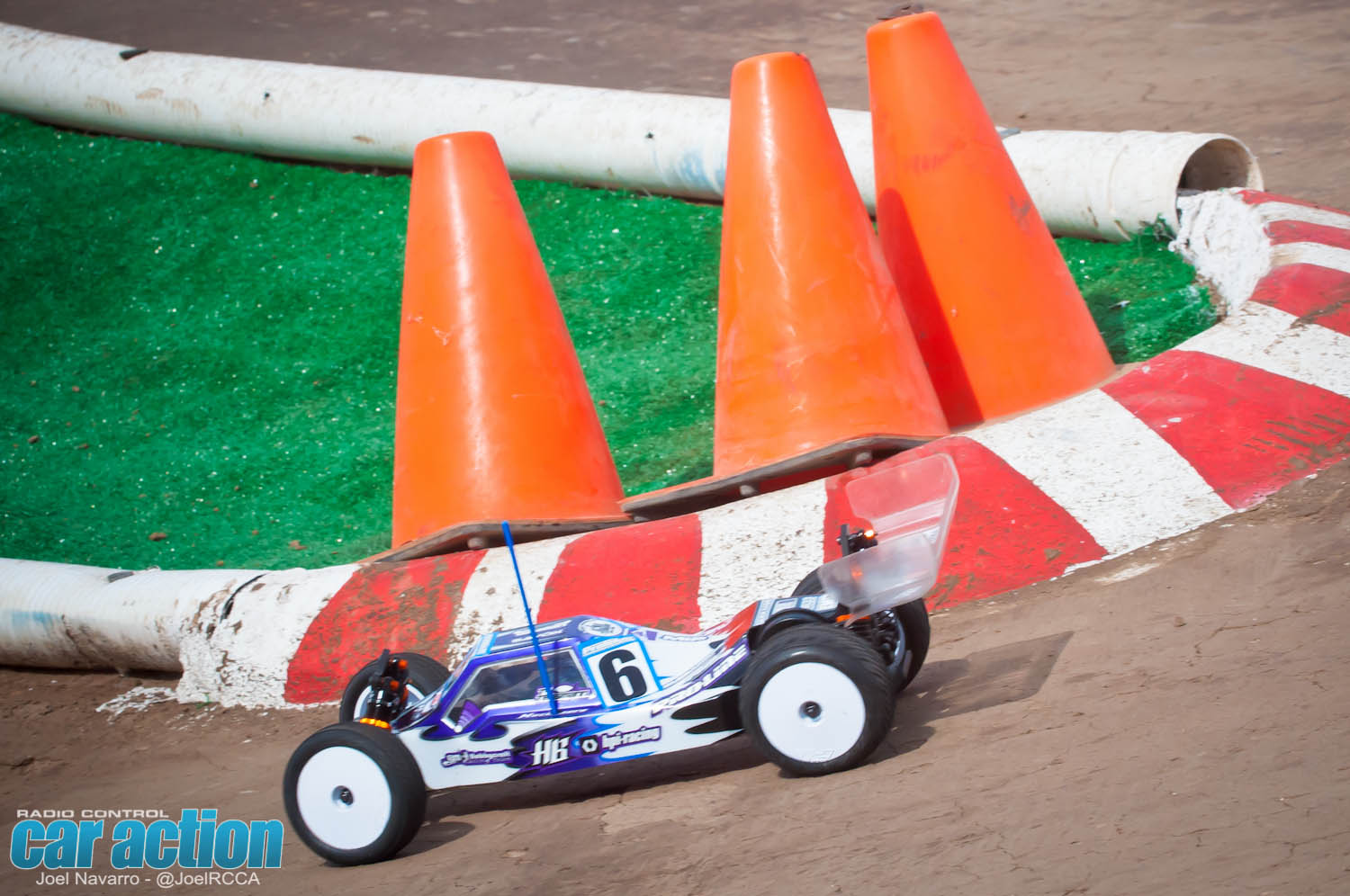 The winner of the Pre-Worlds was one of those who struggled through round one with a broken vehicle (and a 125th place finish), but Hot Bodies team driver Ty Tessmann has now driven his Kyosho RB6 to two straight 7th place finishes to give himself a solid chance at qualifying for the final anyway. 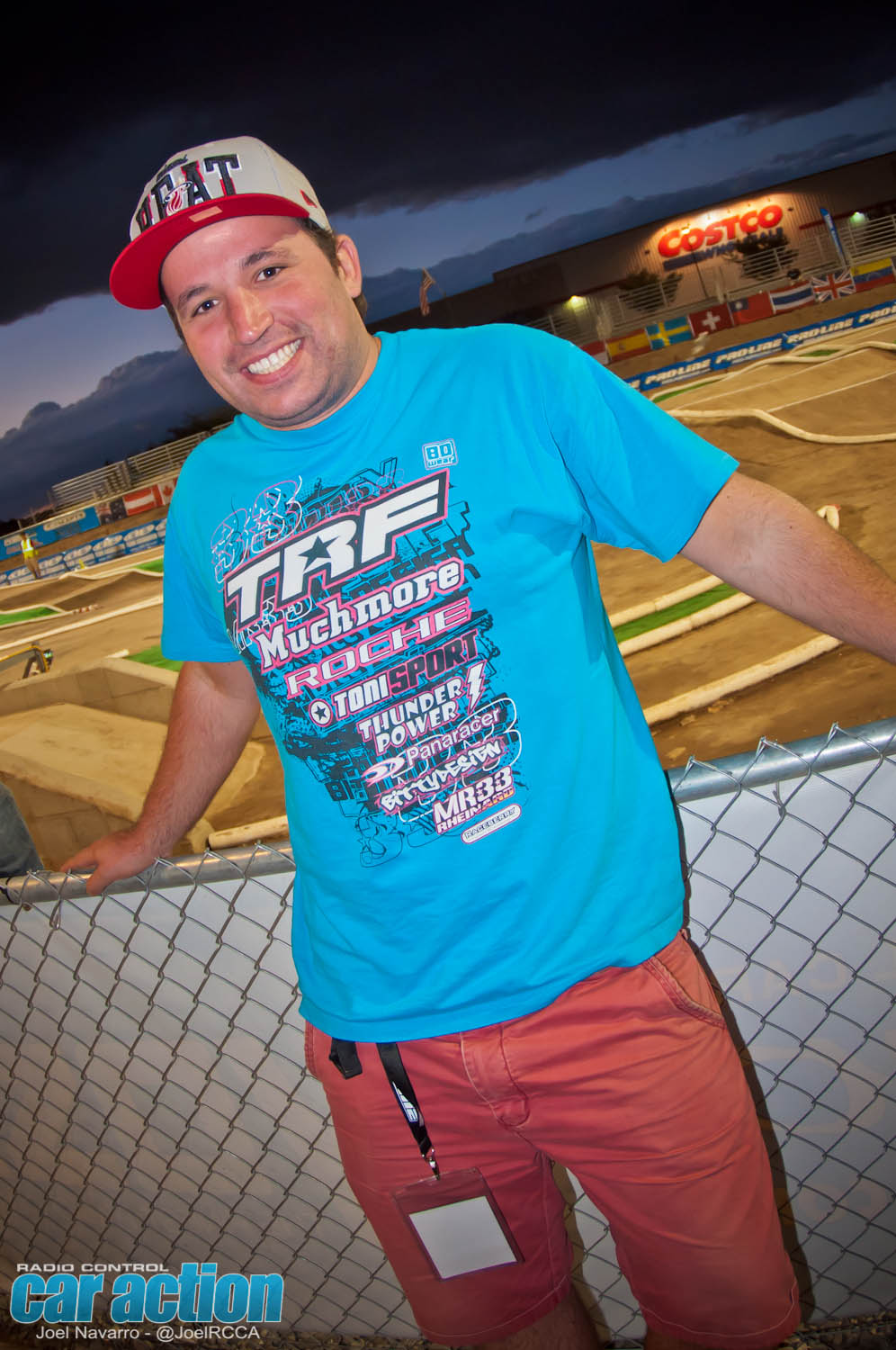 Tamiya’s three-time Touring Car World Champion Marc Rheinard had his best run by four tenths of a second, improving on a 16th in round one and a 12th in round two to score his first top ten. He’ll need two more of those solid finishes to have a chance at making the main! 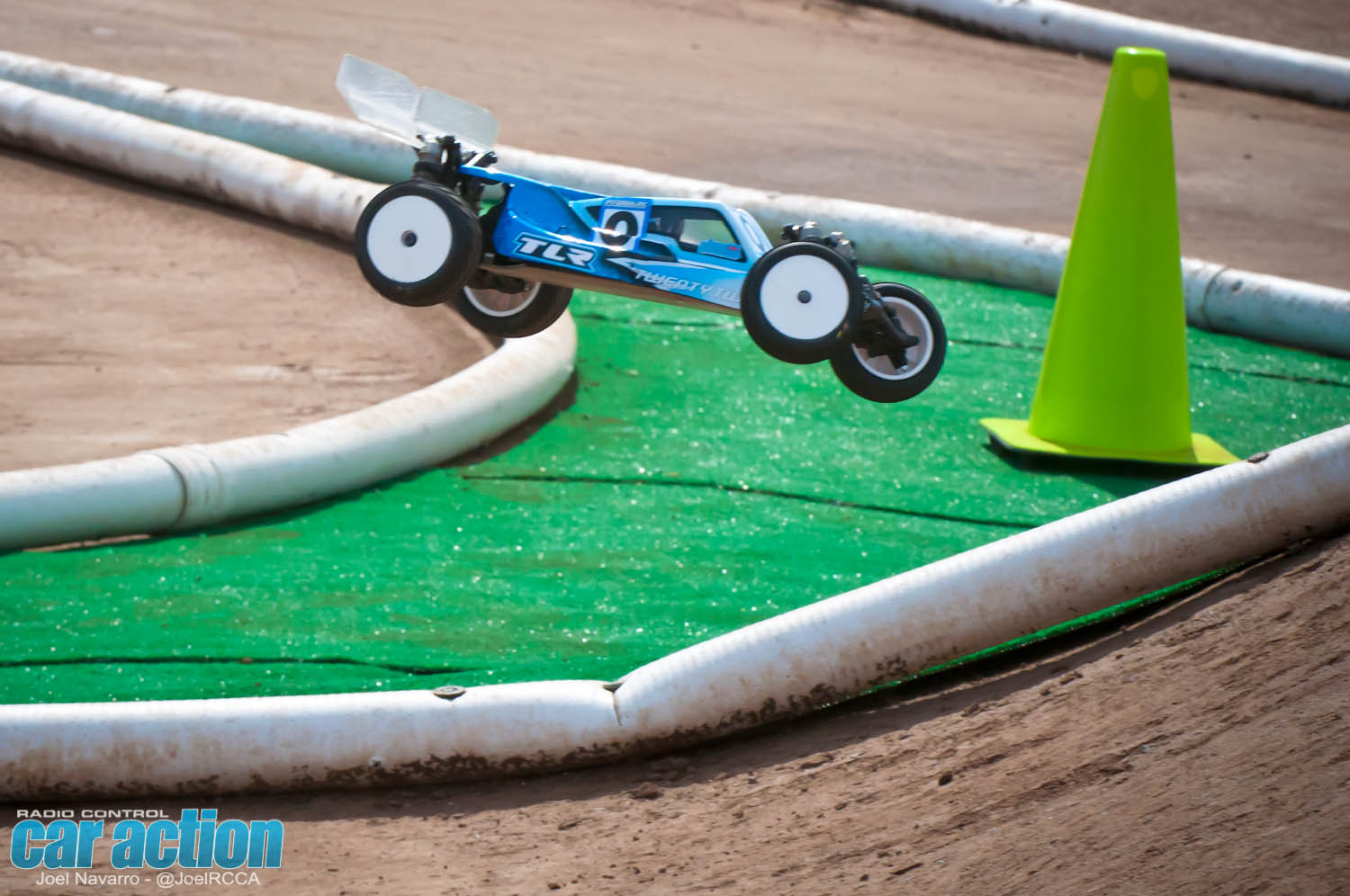 Darren Bloomfield’s third straight top ten finish is a testament to his experience driving mid-motor buggies on high grip surfaces and the increasing pace of the European drivers as they grow accustomed to the U.S.-style layout. A couple of small mistakes left him over three seconds short of his best run of the day, which he turned in the second round earlier. 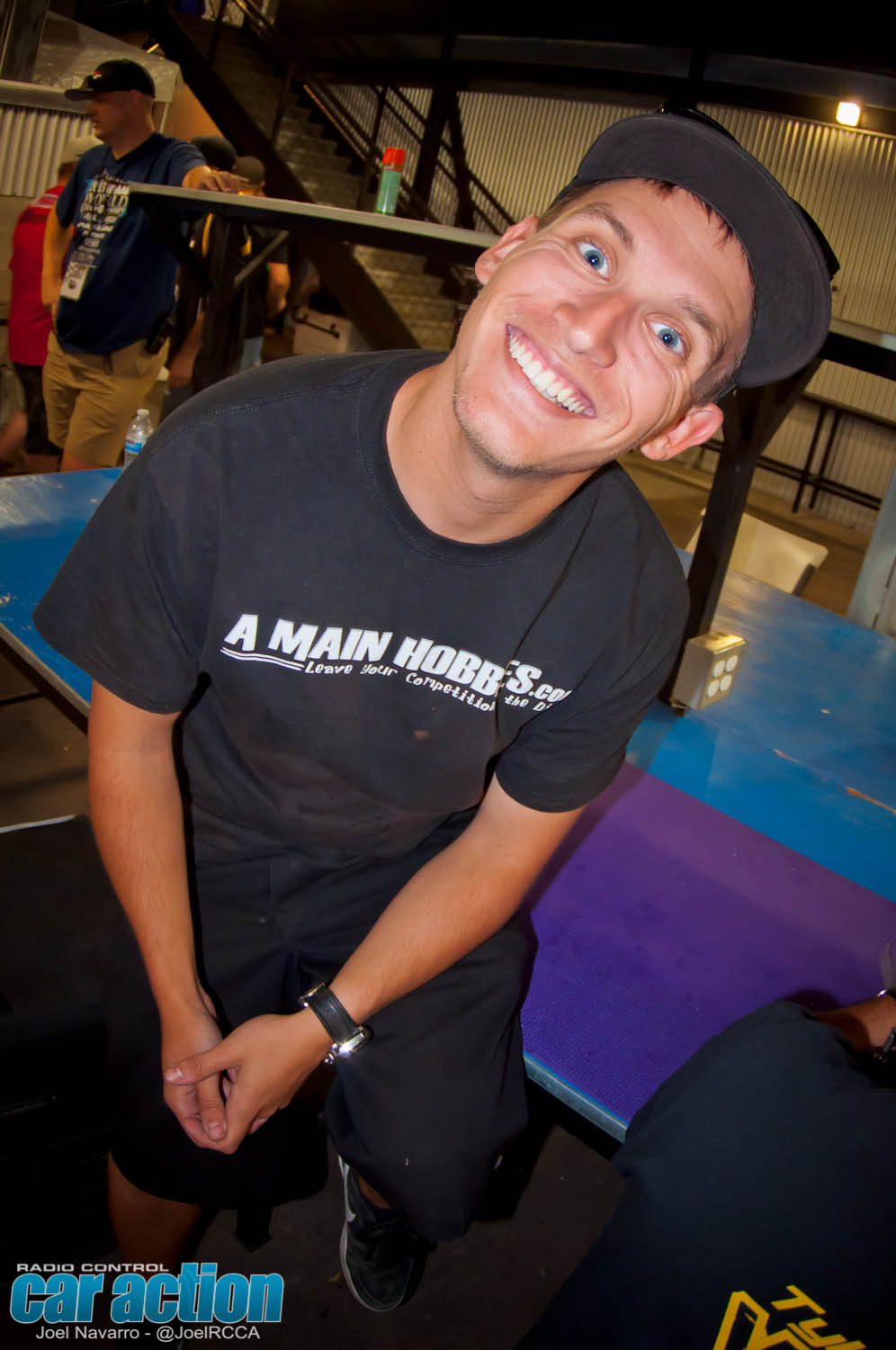 A Main Hobbies team driver Tyler Vik had a slow start to his day after two runs well outside the top 20, but he put it all together in the third round to edge Ryan Lutz for the tenth spot by less than two tenths of a second. Like Rheinard, Vik still has his work cut out for him if he wants to make the main event. When asked if he was planning any changes for the following rounds he simply replied “no – the car is better than I am.”