Team Losi is excited to announced the new TEN-SCT 4WD Nitro! It’s based on the performance-driven TEN-T platform and ROAR National Champion TEN-SCTE. The same painstaking engineering that dreamed up the TEN-T went into the creation of the TEN-SCT. The same aluminum chassis, race-tested suspension and superb handling characteristics have found a home in this no-holds-barred nitro version. Ready-To-Run, the TEN-SCT truck has the heart of a warrior and the chops to tear up any track. With the waterproof servos and a tightly sealed radio box, you won’t have a problem driving in various weather conditions. Rain, snow, or mud Go ahead and get it dirty! Offering extreme power and incredible torque, the 3.4 engine is the most powerful in its class. Full specs and more photos after the jump!

Fire up the engine with the push of a button on the included DX2L transmitter. Forget glow igniters and pull starting. The TENSCT is equipped with the Remote Onboard Starting System (R.O.S.S.). With the push of a single button on the included Spektrum DX2L transmitter, the glow plug is heated and electric starter engaged for instantaneous hands-free starting-no glow driver, no handheld and no more pull starting.

Here’s a couple videos to check out on this awesome new SC truck! 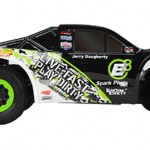 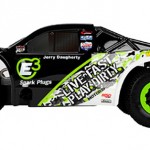 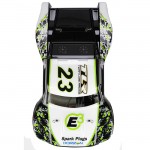 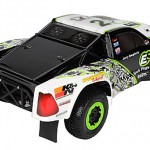 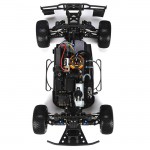 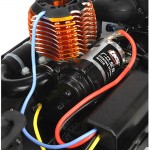 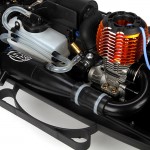 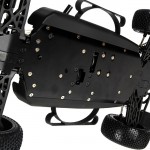 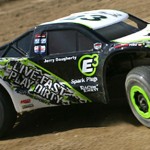 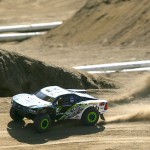 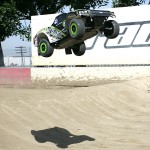 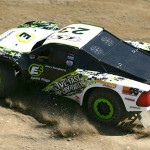