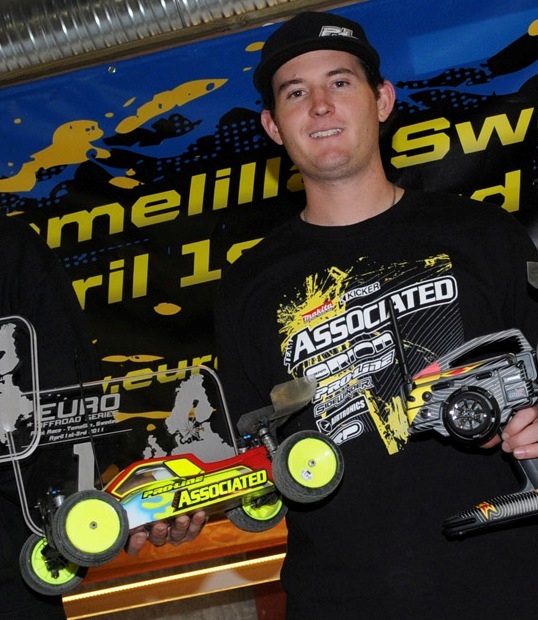 For every great event there always has to be a first time. The European Offroad Series is a new series based around the popular European Touring Series that will tour Europe, bringing top pros and regional talent together like never before. As the pilot event of the series, Team Associated sent two-time IFMAR World Champion Ryan Cavalieri along with his LRP-powered B4.1, B44.1 and SC10 4×4 to showcase his talent and represent what premium racing is all about.

Heated battles with other top professionals resulted in “highlight races” for the spectators and fans alike. When the dust settled, Cavalieri stood in all three podium positions. Claiming a victory in the popular 4WD Modified class, second place in 2WD Modified and third overall in 4WD Short Course, the Associated star was pleased with his performance.

When asked about the event, Cavalieri said, “The event was great. The organization was very good and Scotty and his crew stayed on schedule all weekend long. I’m glad I got to attend, and I know the series will be popular.”