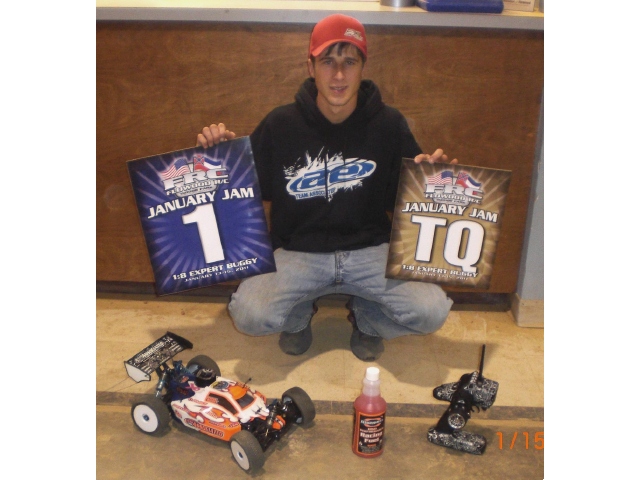 The first city-owned indoor offroad race track in the U.S.A. held its first annual January Jam Race. The Flowood R/C Indoor Park has been open since the first of December. You won’t find a finer facility anywhere. Bubba Barham, President of Trackseekers R/C Club, reports that they had 85 entries with 120 vehicles. They ran ten classes.

The race started at 10 a.m. and ended at 2:30 a.m. Sunday morning. Bubba said they took a vote after two qualifiers to see if they wanted to run the third qualifier and the majority wanted to stay and run it. “It exceeded any and all our expectations.” Drivers came from Dallas, Atlanta, with many from Lousisiana.

Derek Guidry, racing a Team Associated RC8B and RC8T, Top Qualified in both Expert Buggy and Truggy and won first place in both. He had some serious competition with Jason Wendling, Denver Houghton, Reggie Tongue, Brady Walton, and John Tabony chasing him.