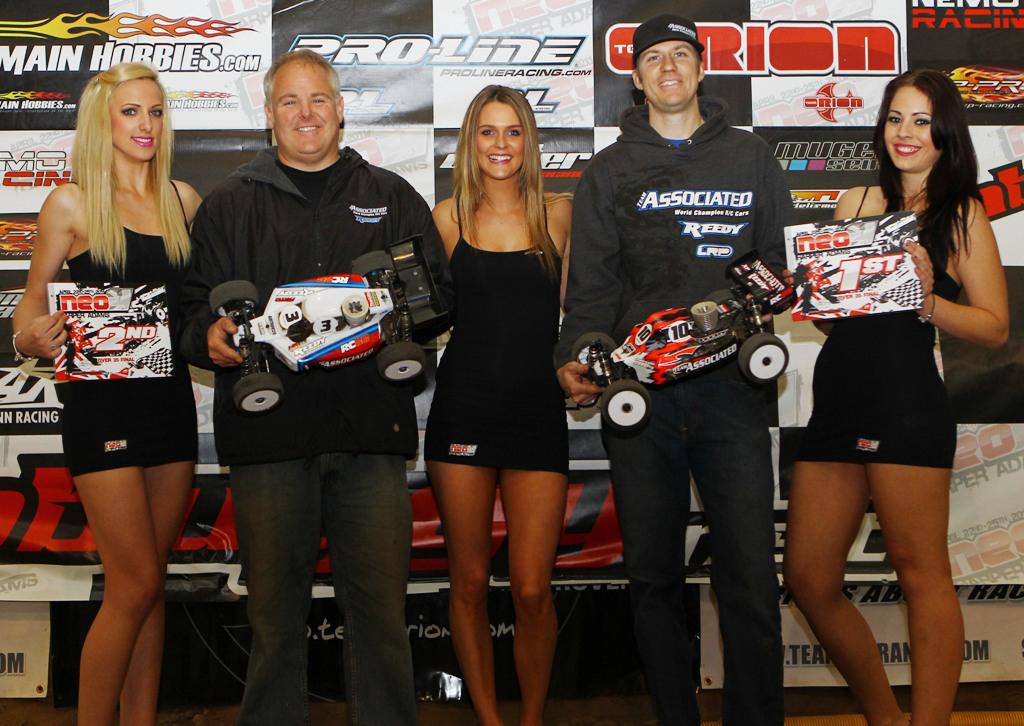 The Neo11 event held on site at the agricultural college of Harper Adams University brings together many of the top racers from across Europe and around the world. The event is one of the most popular races with a waiting list of over 200 people. Additionally, every racer in attendance only competes in one class: 1:8 Buggy.

Team Associated was well represented at the event with World Champions Ryan Cavalieri and Neil Cragg along with ROAR National Champion Ryan Maifield all making the prestigious 45-minute A-Main final. Finishing 3rd, 5th and 6th, Team Associated had the most number of cars at the front of the field.

The Neo11 event also had a special 25-minute race for the top 15 competitors qualified outside of the top 35 positions who were 35 years of age or older. Sitting on pole for the main event was Team Associated/Reedy’s top European old fart, Craig Drescher. Right behind him sat Reedy’s brand manager Rick “GFC” Hohwart with Team Associated’s Team Manager and new old guy inductee, Brent Thielke, starting 10th. Needless to say the inner-office rivalry was on!

A quick start from Drescher and Hohwart gapped the field as Thielke worked his way up through the pack, stopping for a bran muffin along the way. By the first pit stop at just over 8 minutes, Thielke had caught the duo of Drescher and Hohwart and the fight was on. Drescher suffered mechanical difficulties as Hohwart and Thielke stretched their lead while sizing up each other’s weaknesses on the challenging DXR-designed track. With only 3 minutes left in the final, Thielke got around Hohwart for the lead and never looked back.

In the end, Thielke’s Reedy 121 VR fueled with Sidewinder’s 30% World Blend powered his RC8B equipped with Pro-Line M3 Holeshot tires, JConcepts Punisher body, and Illuzion wing to the top of the field in the 35+ main event. A self-proclaimed “Old School” racer himself, Thielke commented, “It’s great to race against the guys I grew up idolizing without the pressure of serious wins on the line. Most likely we are past our prime, but we still enjoy the competition and camaraderie. It was a great time, and that’s what RC racing is all about.”