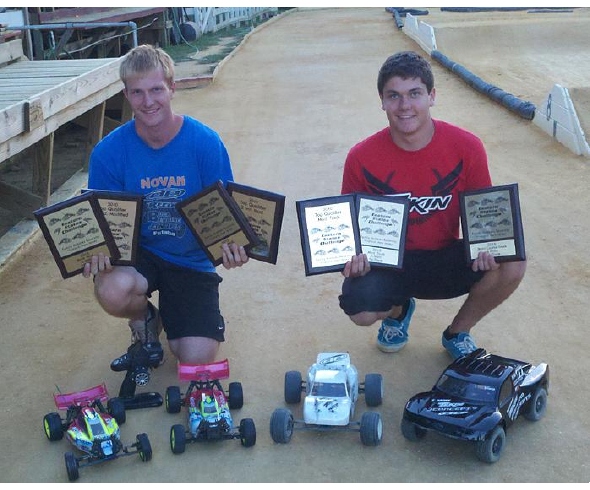 Associated/Reedy driver Mike Gay and Associated driver Andy Castellini swept all 5 electric classes this past weekend during the 24th annual Eastern States Challenge, held by Family Hobbies Raceway in Vineland, NJ. 2WD Modified Buggy saw Mike TQ with Andy less than one second behind with their FT B4.1’s. Mike won the main with Andy unfortunately having to retire early.

Mike’s TQ run in 4WD Modified Buggy set a new track record, and he backed it up by dominating the main with his Reedy-powered FT B44. Andy TQ’d and won Modified Truck in convincing fashion with his FT T4.1, and also was dialed with his modified FT SC10, winning that class as well – finishing off an AE 1:10 Electric podium sweep!

The following day saw Andy TQ Electric 1:8 Buggy, with Mike qualifying a close second. Using a triple A-main format, Andy cruised to the win in the 10-minute A1 main. A2 saw Mike retaliate with an equally fast run, giving both drivers one win each. A3 was set to be a fast showdown between teammates, with Andy coming out on top, and Mike finishing second, both with RC8Be buggies.

Family Hobbies Raceway is one of the oldest (and still thriving!) offroad tracks in the country, having run organized offroad races since 1982. It is also home to the first-ever ROAR 1:10 Offroad Nationals, which was won by Team Associated in 1984.