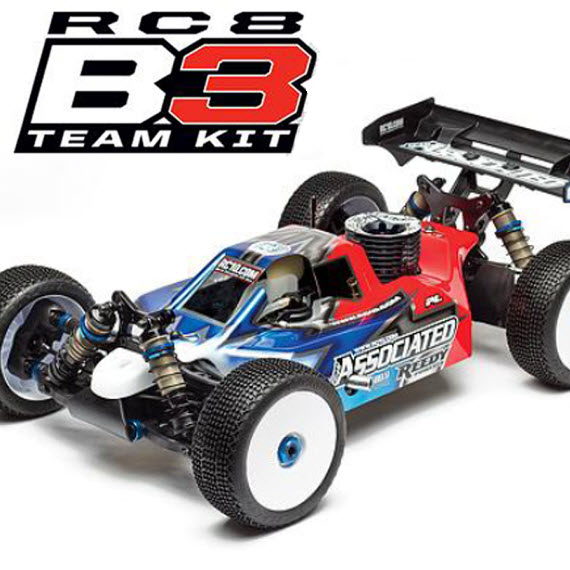 As quickly as we got the “sneak peek” news up, Associated has gone ahead and released all the details of the new RC8B3. The buggy just won the NeoX race in the hands of Ryan Cavalieri, and has been successful in prototype form on the way to its final specs–as you’ll recall, Cavalieri took second at the IFMAR Worlds while Associated was still finalizing the design. In terms of tech, the 1/8 scale nitro buggy class is very mature, so it’s no surprise that the RC8B3 doesn’t have any obvious shake-ups to the usual buggy format. Instead, the new car is all about details, optimization, and geometry as proven in development on the track in the hands of team drivers. As a competition car, the RC8B3 is loaded with premoum features and materials, with ample use of carbon fiber and machined aluminum as expected for a car of this caliber. We’re excited to get this one on the track; in the meantime, dig into the press release for all the details on the new car. 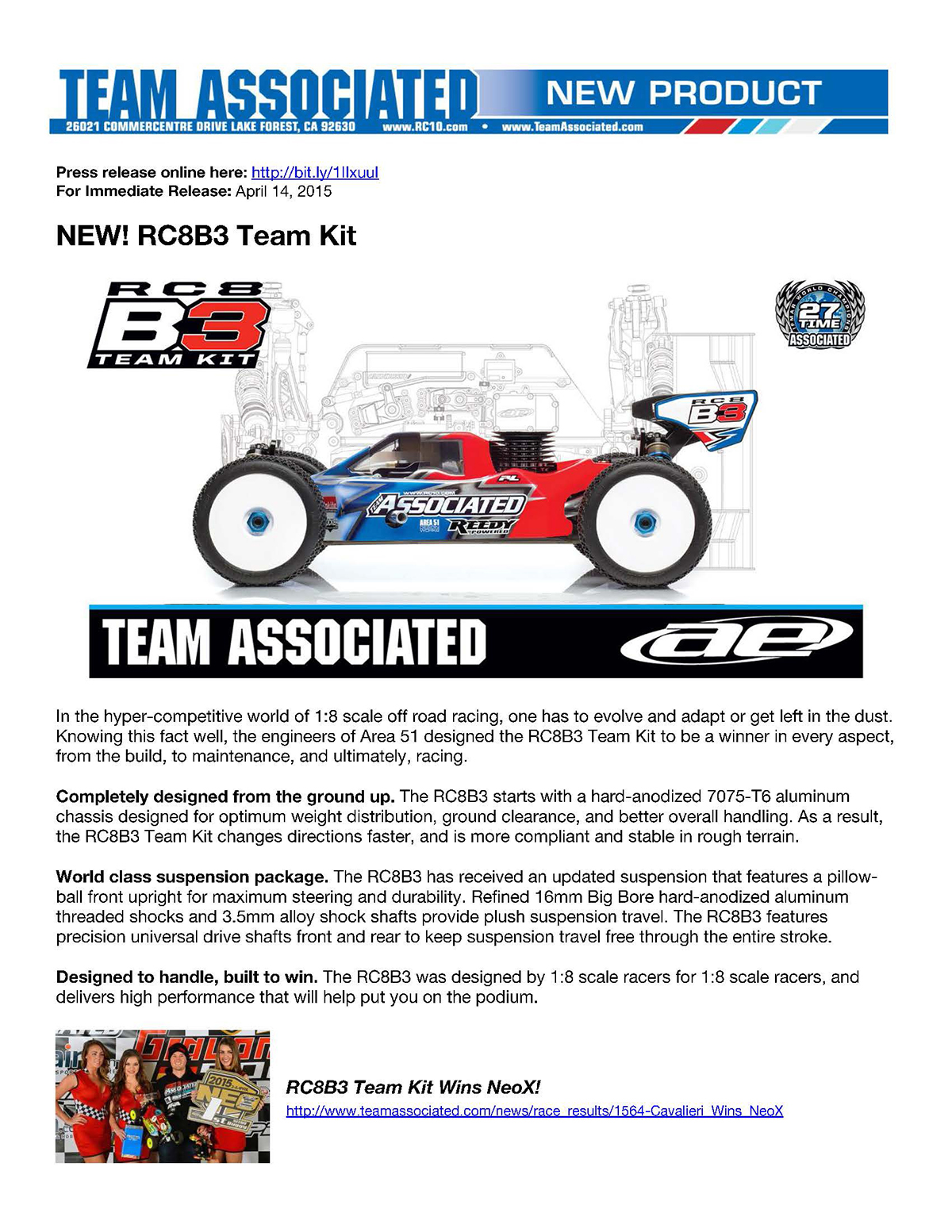 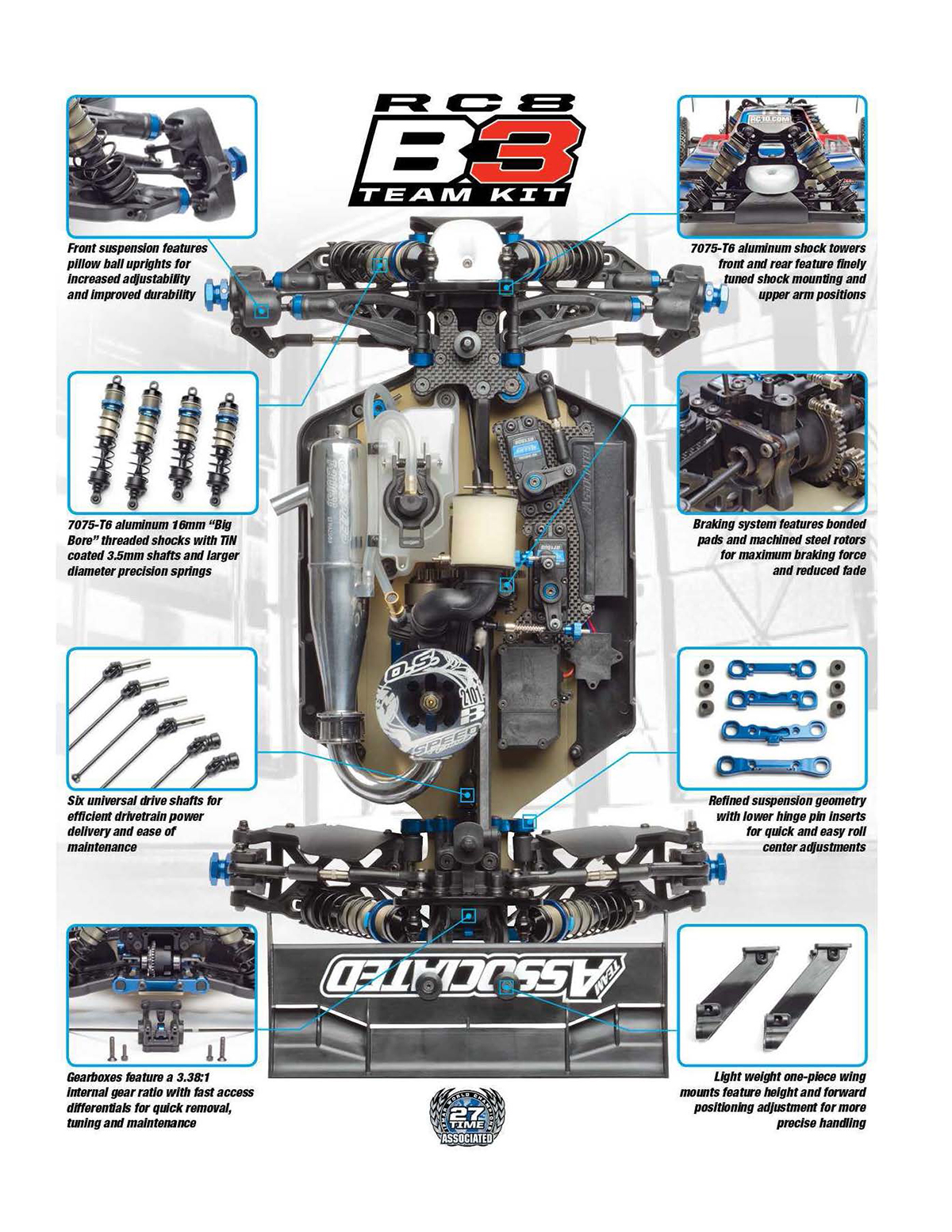 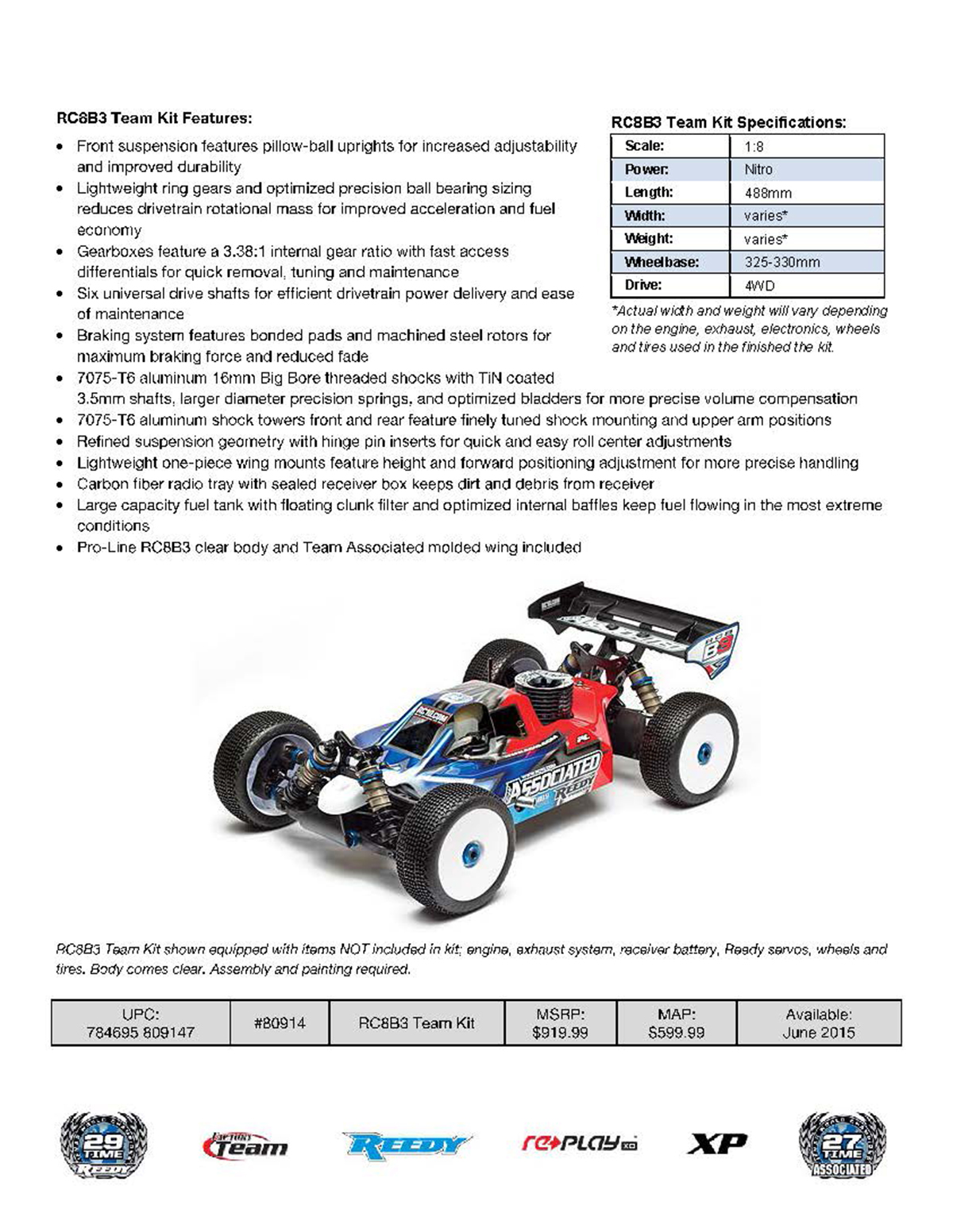