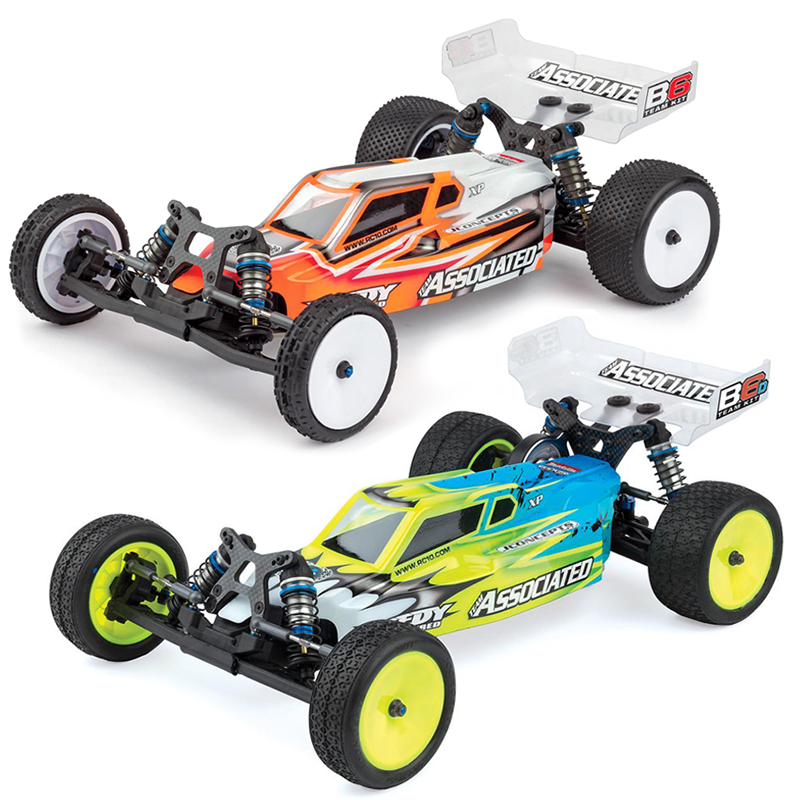 The tease is over, Team Associated’s new B-cars are here! Remember when rear-to-mid-motor convertible cars were the hot setup, and then Associated bucked the trend by offering two dedicated buggies, each optimized for their configuration–rear motor B5, mid-motor B5M? Well, The Team is at it again, this time with two different B6 buggies, each optimized for conditions: high grip (B6), and low grip (as in dirt, hence “B6D”). There’s a fully gallery of photos below and Associated’s press release on the cars (click to enlarge), but the broad strokes are easy to spot. As the chassis overhead reveals, the B6 gets a new laydown transmission for a low CG, which pushes the battery location forward. Differentials are spec’d differently too, with an oil-filled diff for the B6 and ball diff for the B6D. The B6D also gets a narrower front shock tower and flat arms, while the B6 has wider shock spacing and gullwing arms. Both cars share the same milled aluminum chassis.

Get all the info below, plus a video about the development of the cars. 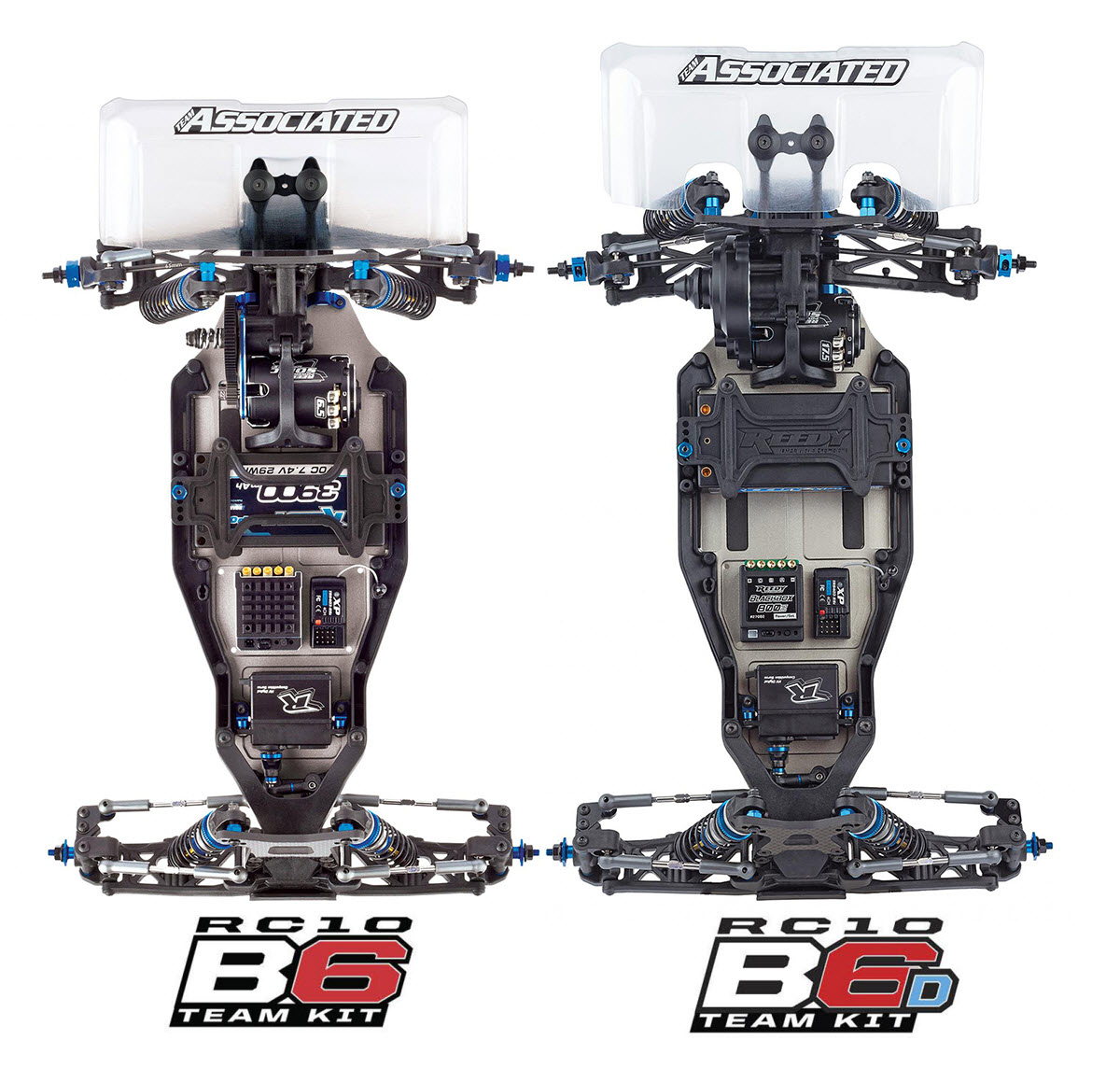 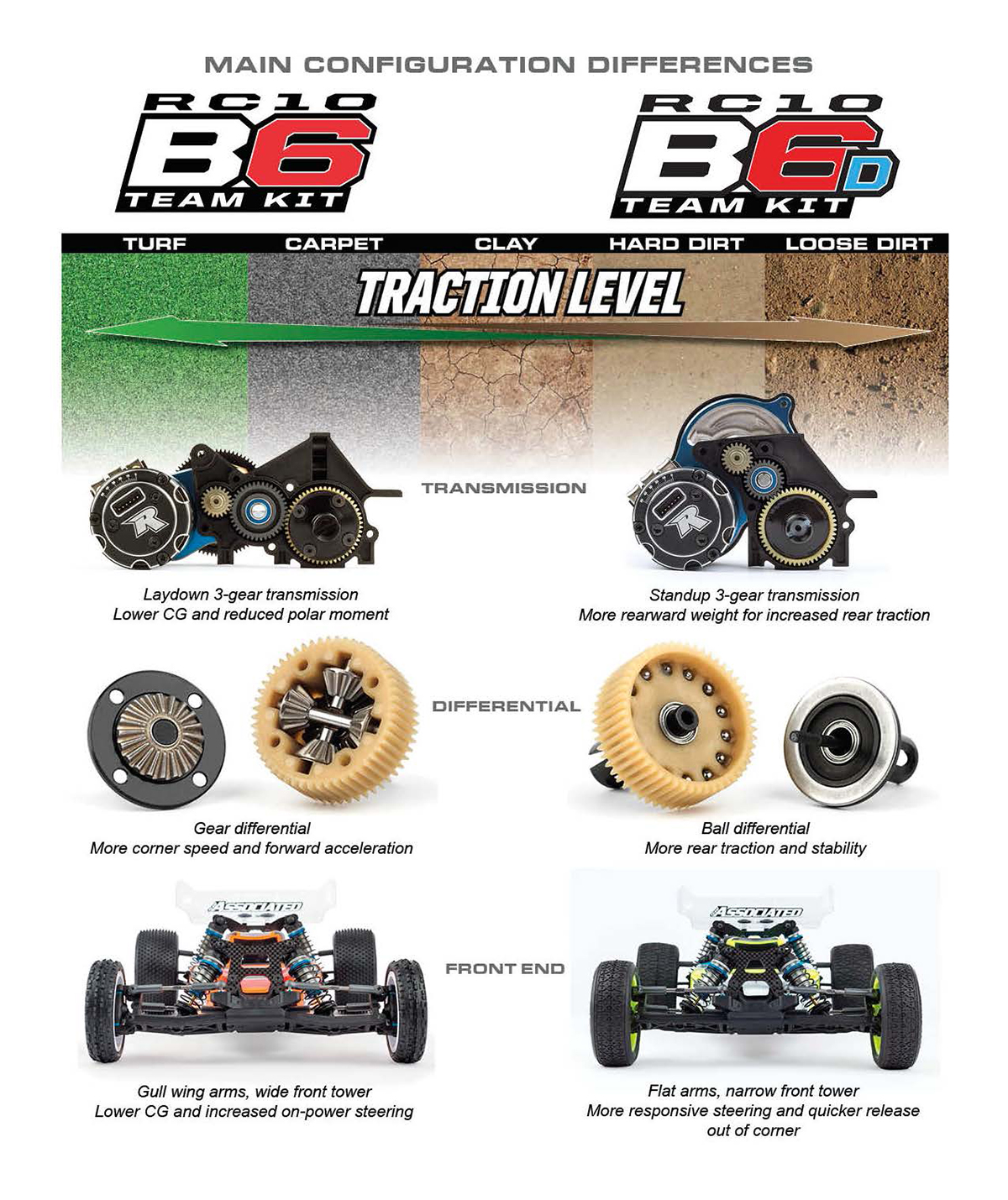 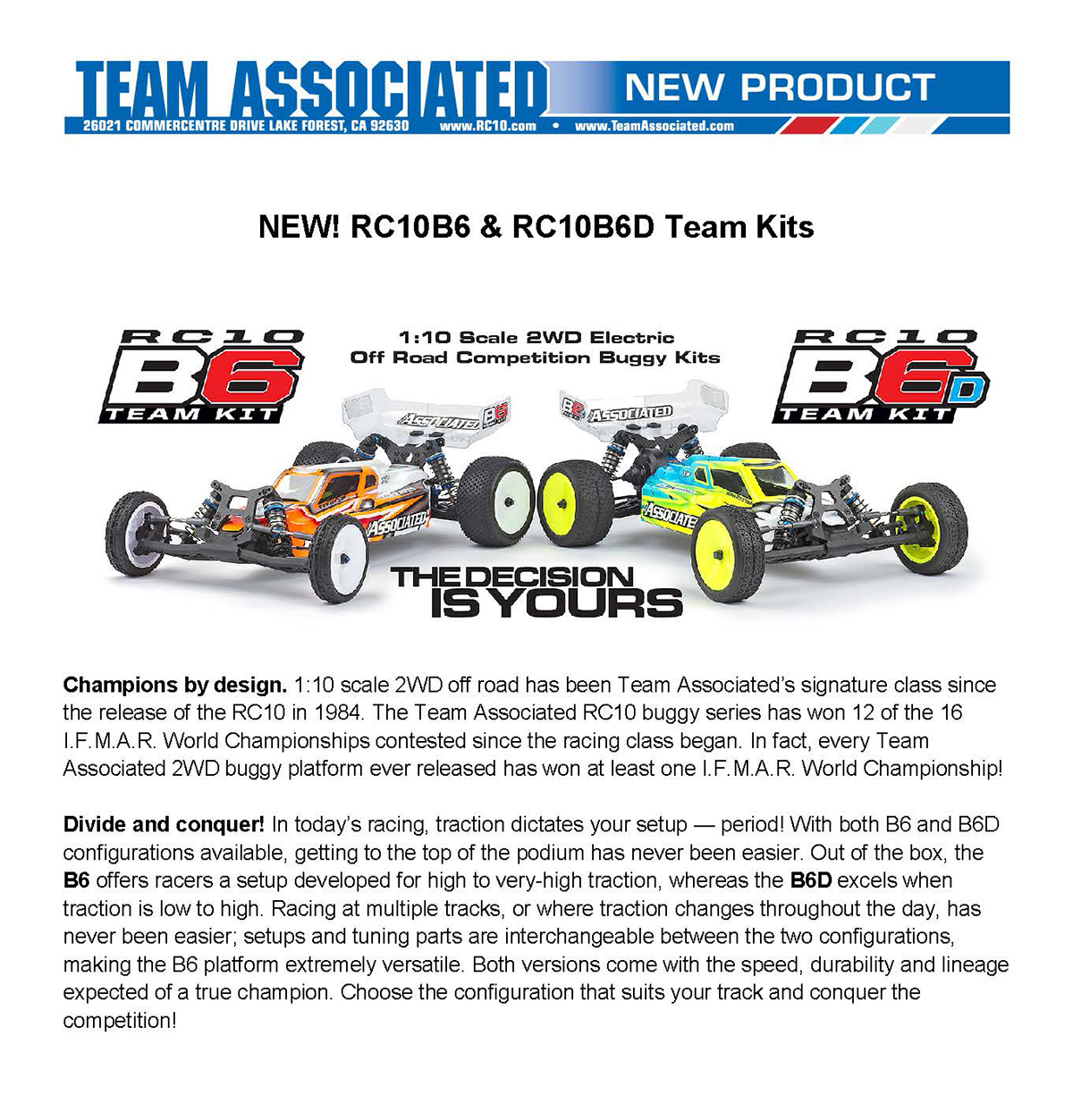 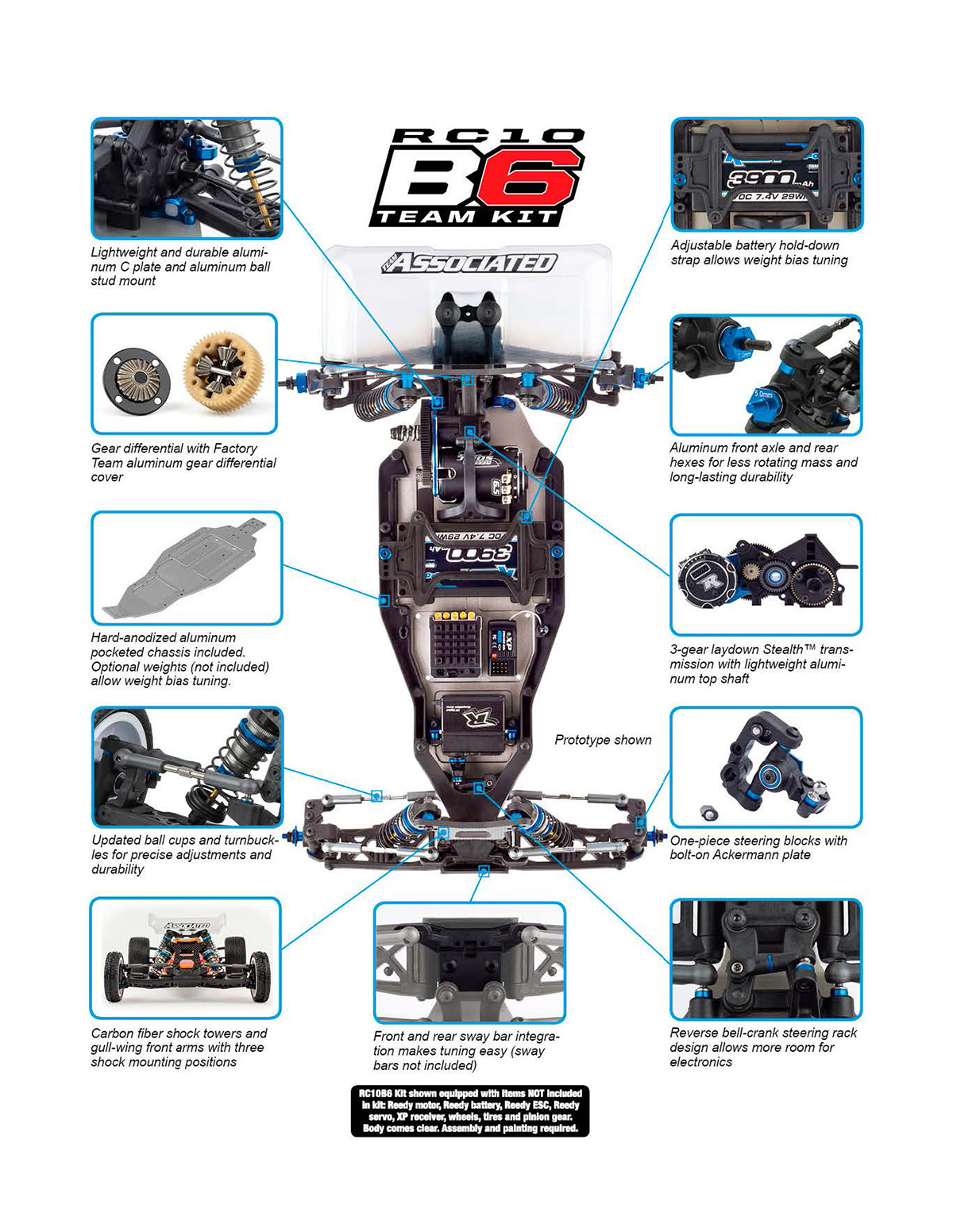 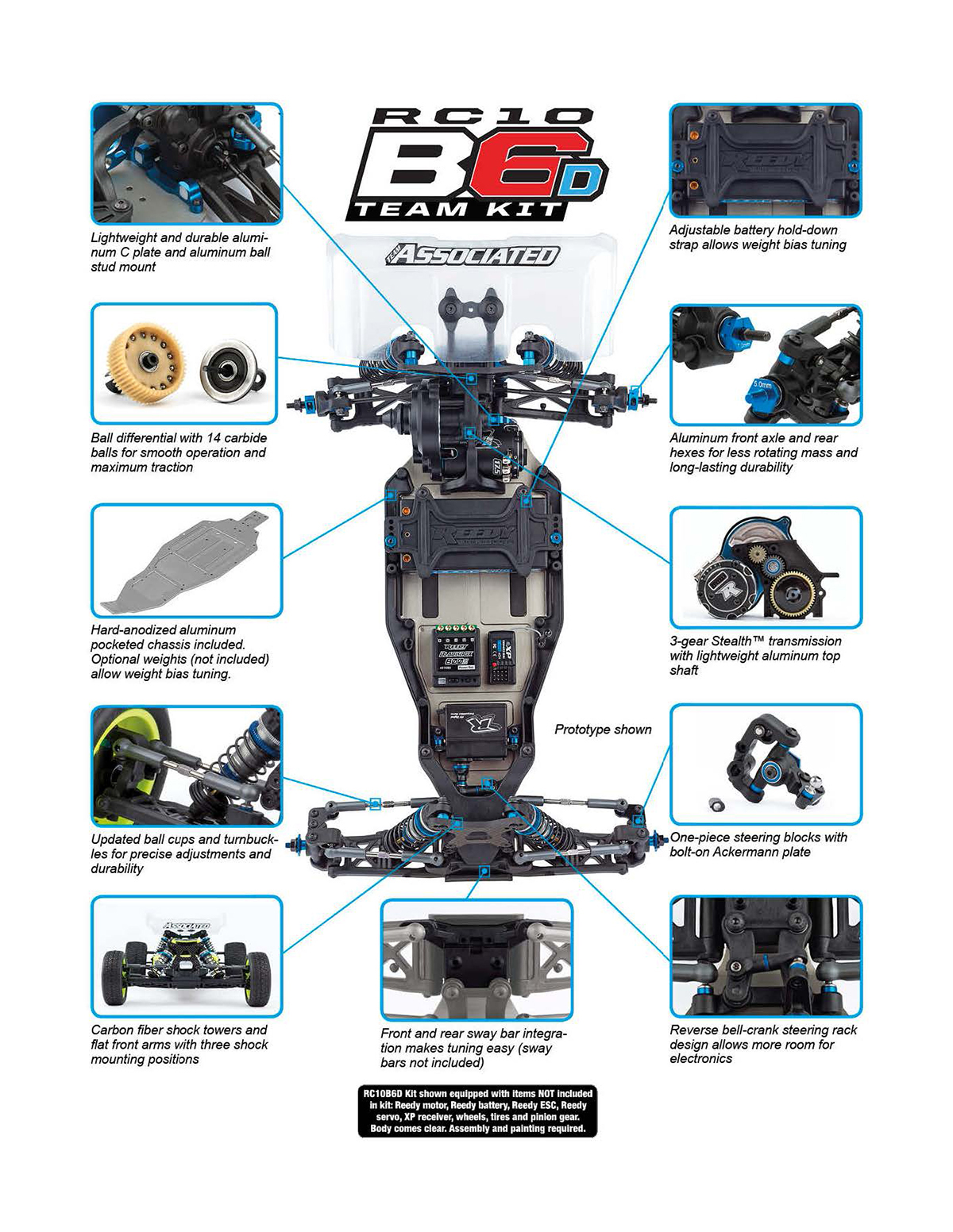 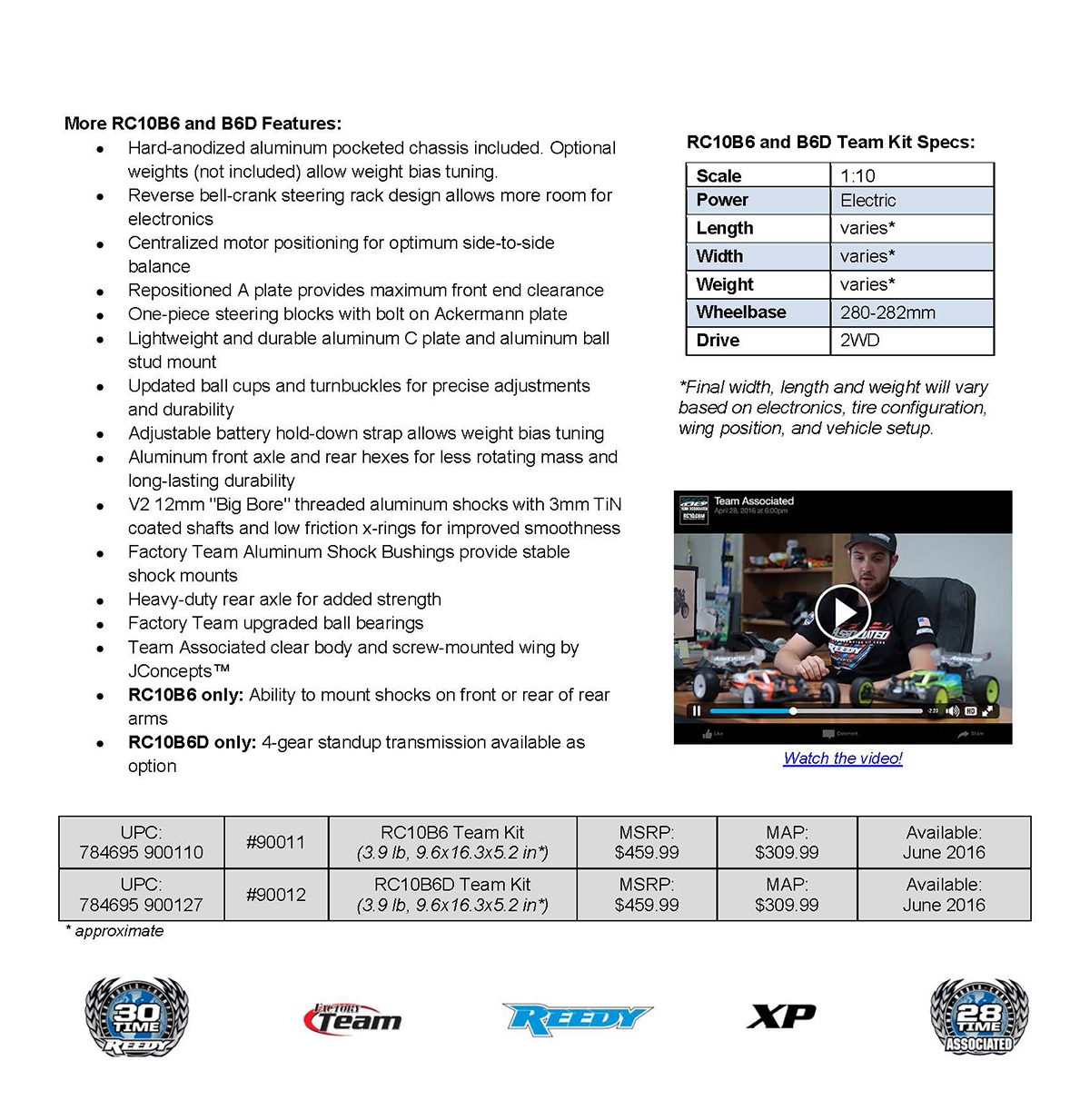 Divide and conquer! In today’s racing, traction dictates your setup — period! With both B6 and B6D configurations available, getting to the top of the podium has never been easier. Out of the box, the B6 offers racers a setup developed for high to very-high traction, whereas the B6D excels when traction is low to high. Racing at multiple tracks, or where traction changes throughout the day, has never been easier; setups and tuning parts are interchangeable between the two configurations, making the B6 platform extremely versatile. Both versions come with the speed, durability and lineage expected of a true champion. Choose the configuration that suits your track and conquer the competition!