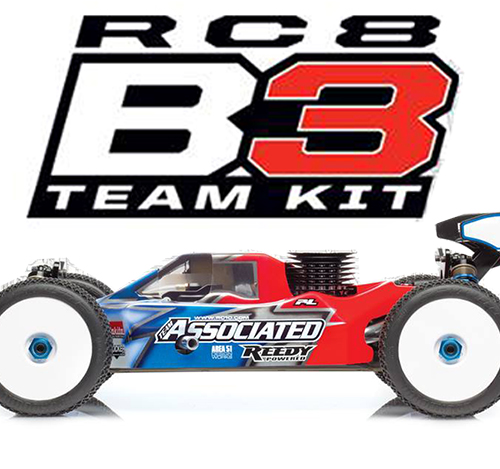 It’s no secret that Team Associated has been developing a new nitro buggy to replace the RC8 platform. Factory drivers including Ryan Cavalieri have been posting impressive results with a prototype version that’s seen podiums at most of the biggest events including the 2014 IFMAR Nitro World Championships in Italy where Cav placed second, and Ryan just won the NeoX race with the new car. Via Facebook, Associated released the first teaser pics of the car. There’s little revealed in the body-on side view, but if you look at the drawing above the picture you can see that the steering servo is now angled while the throttle servo is in the standard position. The receiver box looks to be much smaller than before and possibly stacks the receiver battery and receiver. You can also see that the weight of the buggy has been moved forward by the amount of space behind the receiver box. We’re excited to see under the hood and to get a little track time of our own.