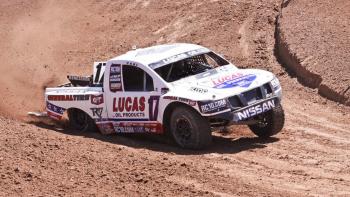 The greatest show on dirt returns to Utah! The Lucas Oil Off Road Racing Series (LOORRS) will be back in action this weekend as the 2012 season continues for rounds 7 & 8 at the Miller Motorsports Park in Toole, Utah! It’s already looking like the 2012 LOORRS season promises to be a hotly contested battle of will and skill to grab as many championship points as possible to win the 15-race series. Be sure to keep an eye out for the Team Associated/RC10.COM drivers, as we have a stacked team and they’re hungry to win! Kyle LeDuc is on a 6 race win streak, the longest winning streak in short course racing history and Carl Renezeder is looking to stop that streak on his way to 100 career short course victories!

If you are not in the Salt Lake City area or are unable to make it out to the race this weekend, don’t worry, you can watch the LOORRS on a TV near you! For more information on the Lucas Oil Off Road Race Series, including a full race event and TV schedule, click on the link below – and we’ll see you at the races! 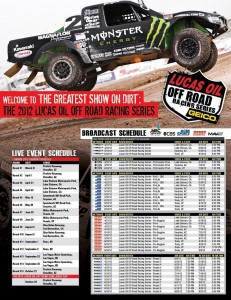