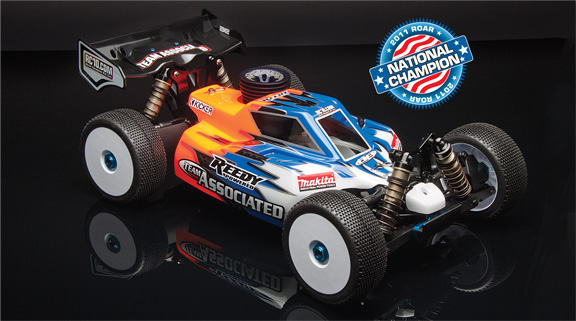 After many rumors and much speculation, Team Associated has officially released the latest version of the RC8 1/8-scale buggy, dubbed the RC8.2. Much of which started at the 2010 Nitro World Championships in Pattaya, Thailand, the suspension has been given some reworking to make an already great car even better. The team has been doing arduous testing to get this car dialed in and must have found some magic given that Ryan Cavalieri and Ryan Maifield finished 1st and 2nd respectively in this years ROAR Nitro Nats. Look for more information and detailed articles from RC Car Action and here at RCCarAction.com in the near future.