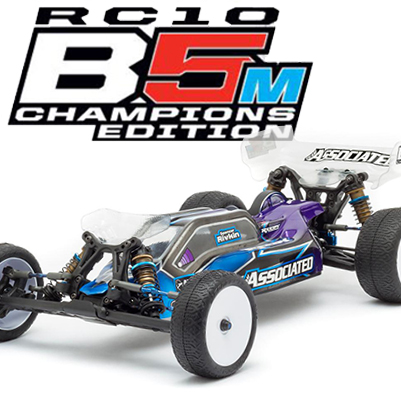 Team Associated has plenty to crow about since scoring yet another IFMAR Worlds title with the B5M courtesy of Spencer Rivkin, not to mention Ryan Cavalieri’s five 2015 ROAR titles. To celebrate, the Team has boxed up the best B5M stuff as the new, limited-edition RC10B5M Champions Edition. It’s loaded, of course, with everything from Factory Team FOX shocks with slick Kashima coating to V2 and VTS slipper clutches (yes, both) and 3-gear and 4-gear transmission options (both again)…plus a lot more stuff all covered in the hype after the pics. So, what’s the difference between the “CE” and the Team Kit and Factory Lite B5Ms? See handy chart below. 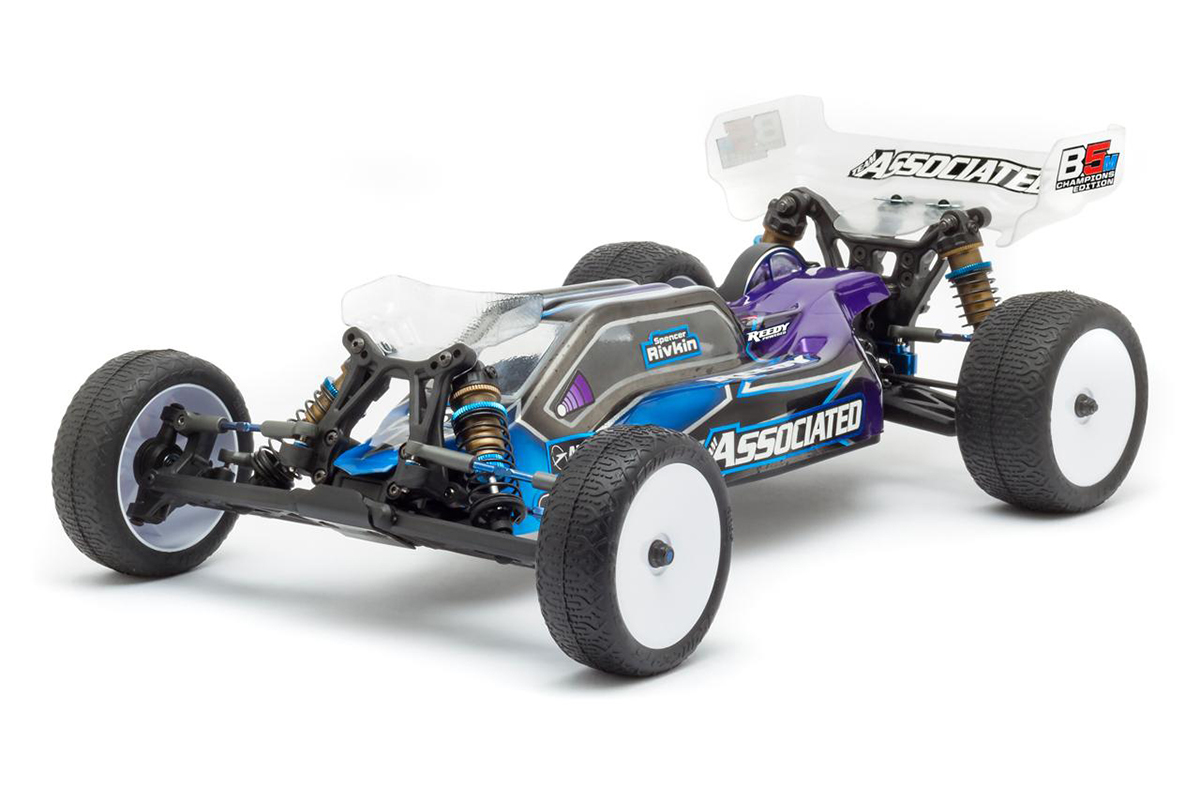 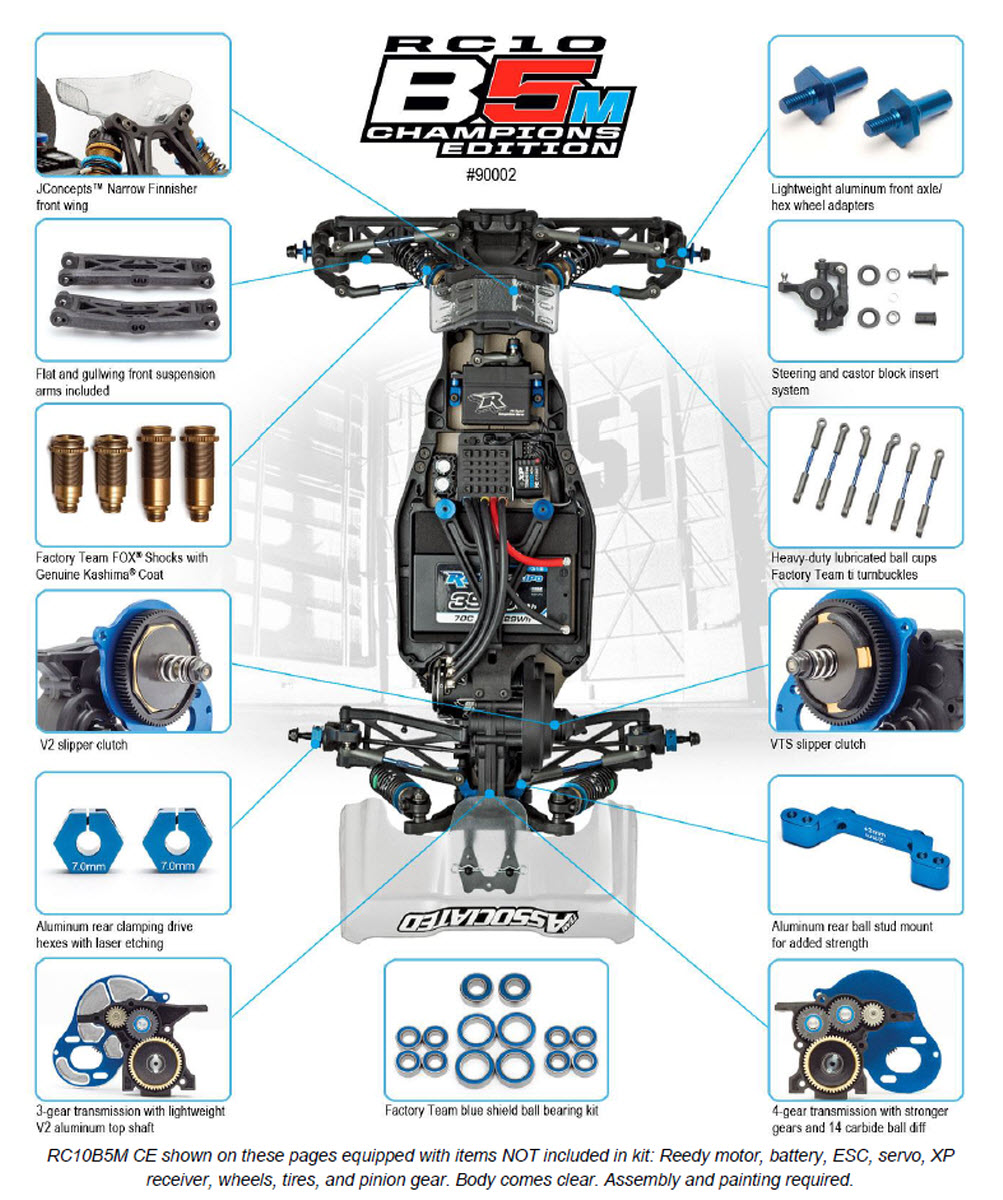 Team Associated’s signature racing class has been 1:10 scale 2WD off road ever since the release of the original RC10 in 1984. In fact, the Team Associated RC10 buggy series has won 12 of the 16 I.F.M.A.R. 2WD Off Road World Championships held, with the first contested in 1985.

Team Associated’s drivers race on many types of tracks around the world and they need to be ready for all of them. And they are. Spencer Rivkin, the 2015 1:10 2WD I.F.M.A.R. World Champion, and Ryan Cavalieri, the only racer to have won five R.O.A.R. Nationals in one year, both rely on having a wide tuning window and the best technology to be competitive wherever the next race brings them. Now, you can benefit from their experience at your track.

The new B5M Champions Edition includes the most popular tuning options available. By including parts for both 3- and 4-gear transmissions, flat and gullwing front suspension arms, and V2 and VTS slipper solutions, this is the most tunable car Team Associated has ever made. Strength, longevity and style have also been improved by including carefully selected Factory Team option parts like: FOX® Shock Bodies with Genuine Kashima® Coat, titanium turnbuckles, blue shield ball bearings, aluminum front axles, and an aluminum rear ball stud mount.

With so many options packed into one kit, the value of this kit is unparalleled. Parts are already available at most hobby dealers. For more information, visit here.

This is a LIMITED PRODUCTION vehicle and will be available in November 2015 while supplies last!

Final width and weight will vary with the actual electronics and tires used to complete the B5M CE Kit.