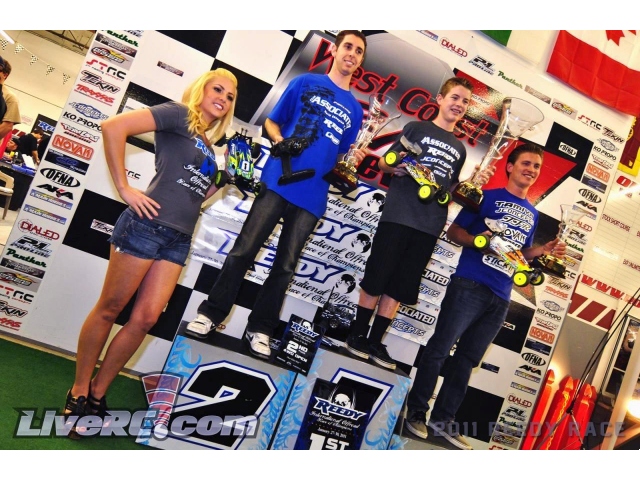 In August, 2010 the return of the Reedy International Off Road Race of Champions was announced to the cheers of many “old school” racers. However, many racers of this generation had never experienced the excitement or prestige associated with the Reedy Race and the event didn’t disappoint.

With racers from around the world competing in the both the Invitational and Open classes, Team Associated was well represented in both categories. Team Associated/Reedy/LRP driver Josh Numan took his Factory Team B44.1 to the #1 grid position after qualifying, just ahead of teammate Tanner Denney. In keeping with the Reedy Race tradition of cutting edge-rules and technology, the Open class featured a two A-main format with both races counting towards the overall result. In the first leg of the A main, Numan came out just ahead of the charging Denney, setting the stage for an epic battle in A2.

As the nerves built and the tone sounded, the Reedy Race veteran (Numan) and the rookie (Denney) jumped out to a quick lead, gapping the field. It was clear that the overall championship would be decided between these two drivers. Just two laps in to the final, Denney took the lead from Numan and never looked back. The young Associated driver held off the nerves and charge from Numan to enter the record books as the Open 4WD Champion. As an added bonus, since he won the Open class, Denney is now invited to compete in the prestigious Invitational class at the next Reedy Off Road Race of Champions where he will do battle with the top drivers in the industry.

Thanks to the West Coast R/C Raceway crew, Scotty Ernst, and all the racers who made the return of the Reedy Race a great success. 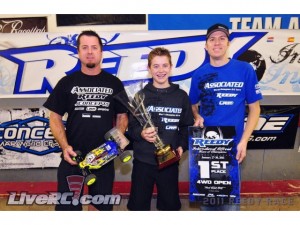