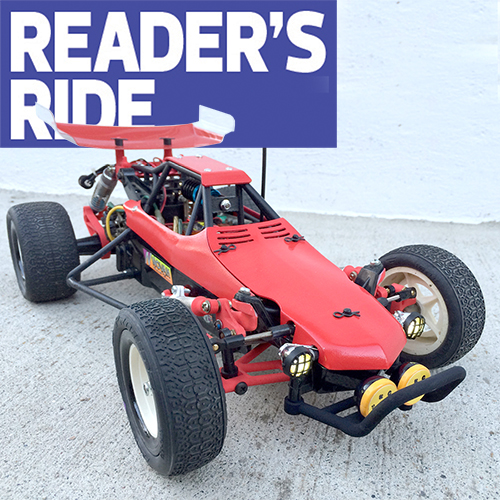 Alberto tells us he’s been a RC Car Action reader since 1991, and his Reader’s Ride submission started life that same year as the second RC car he ever owned. He drove it for a few years before parking it on the shelf. But it called to him, and after years as a shelf queen, the Hornet was dusted off and returned to service. The original chassis and suspension had seen better days, though, so Alberto updated the design for the new millennium—fabricating a wild cantilevered double wishbone front suspension that now used Hornet rear shocks up front. The shock tower forms a brace for the cantilever arm as well as serving as one of the anchor points for a custom cage that reinforces the entire chassis. An engineer by trade (and a former Tamiya Factory Team driver) Alberto ran the design through a complete structural analysis and the changes reduced flex by more than 80%! 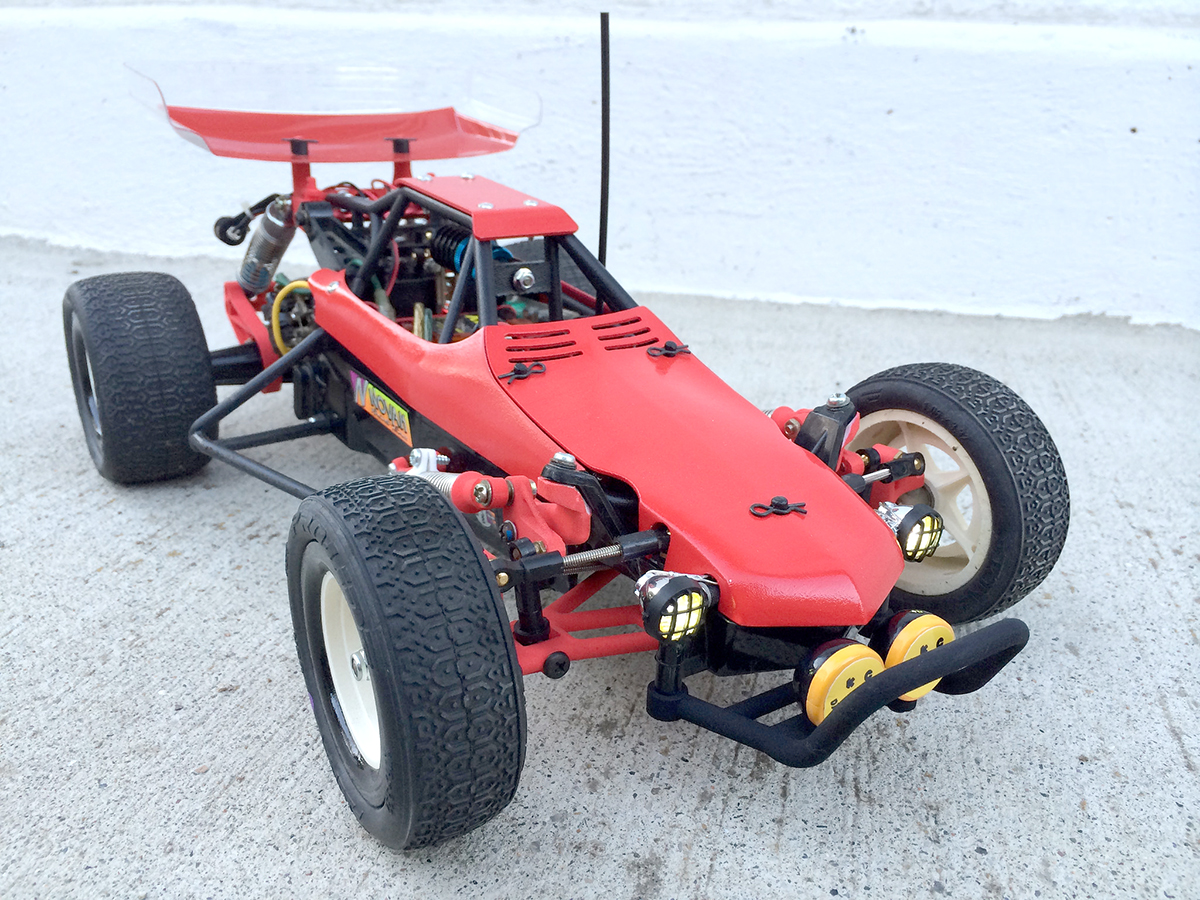 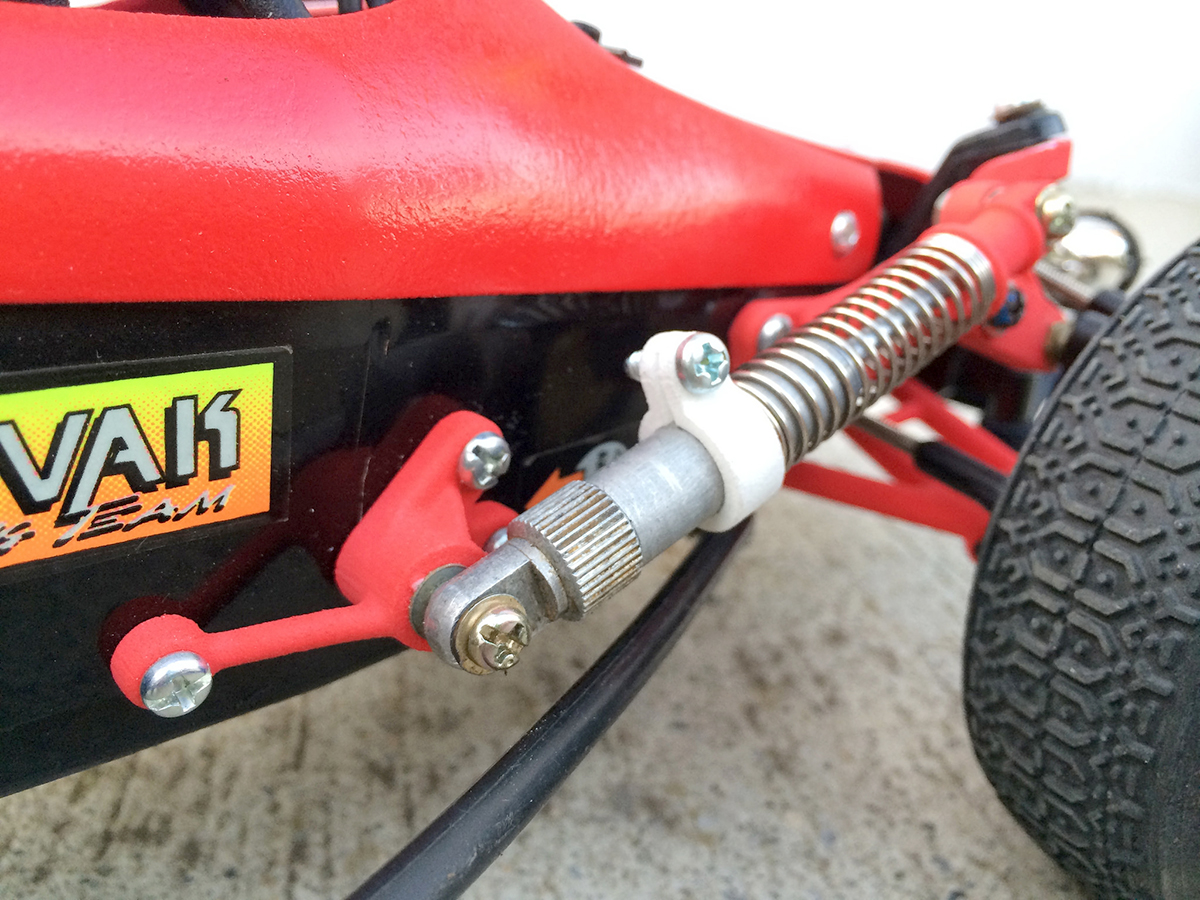 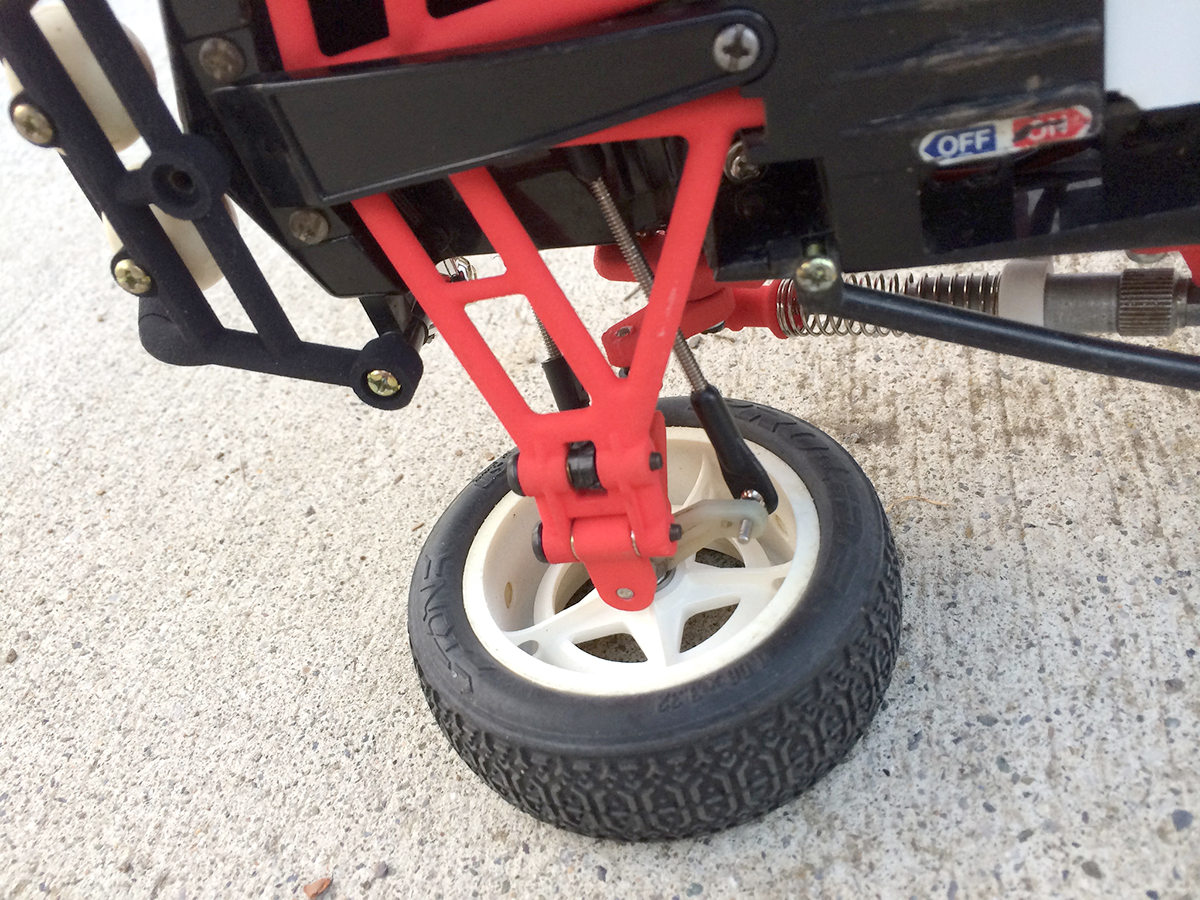 Alberto wanted to retain the character of the Hornet, so he retained the solid axle setup, but he reinforced it with a rear shock mount that ties to the cage for greater strength and added a third shock—also cantilevered—to control the floating rear end and resist the Hornet’s tendency to compress the rear suspension under acceleration. 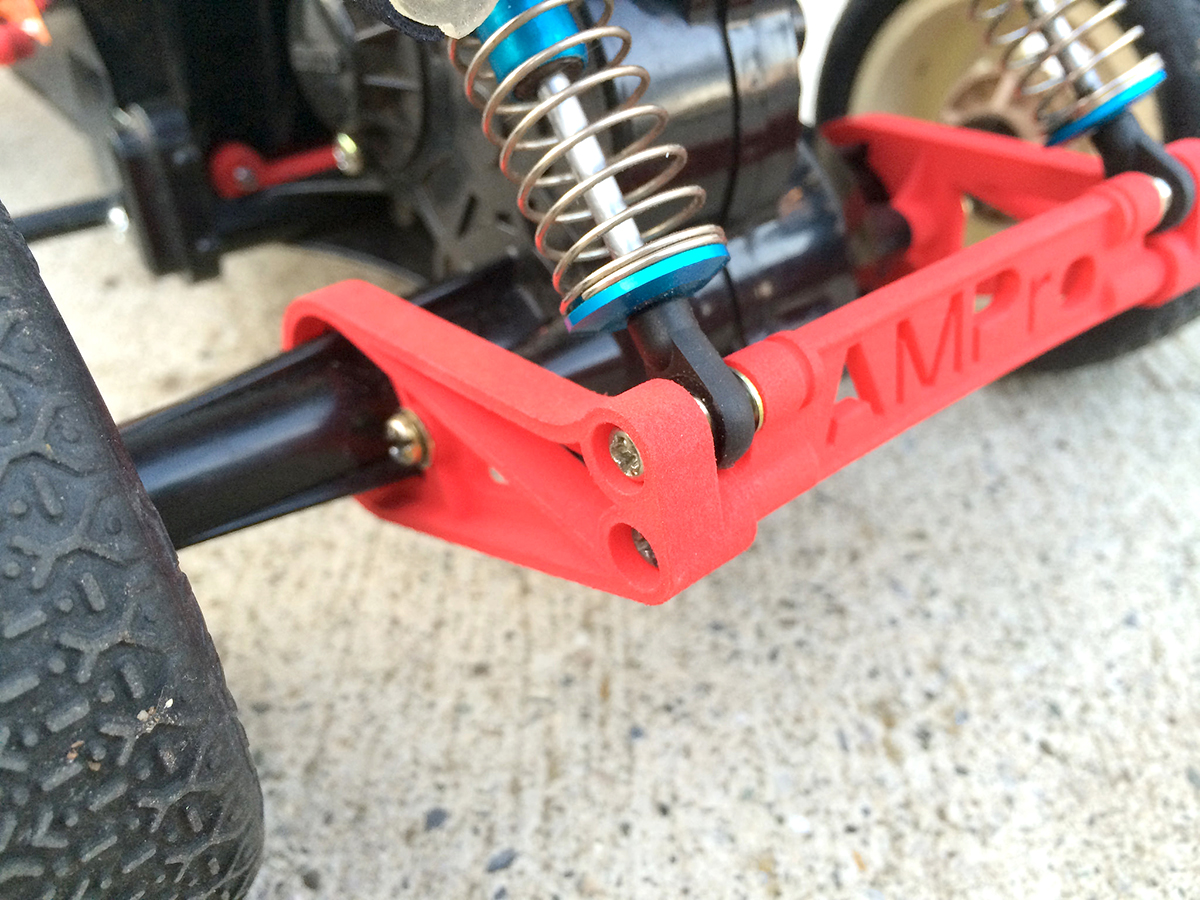 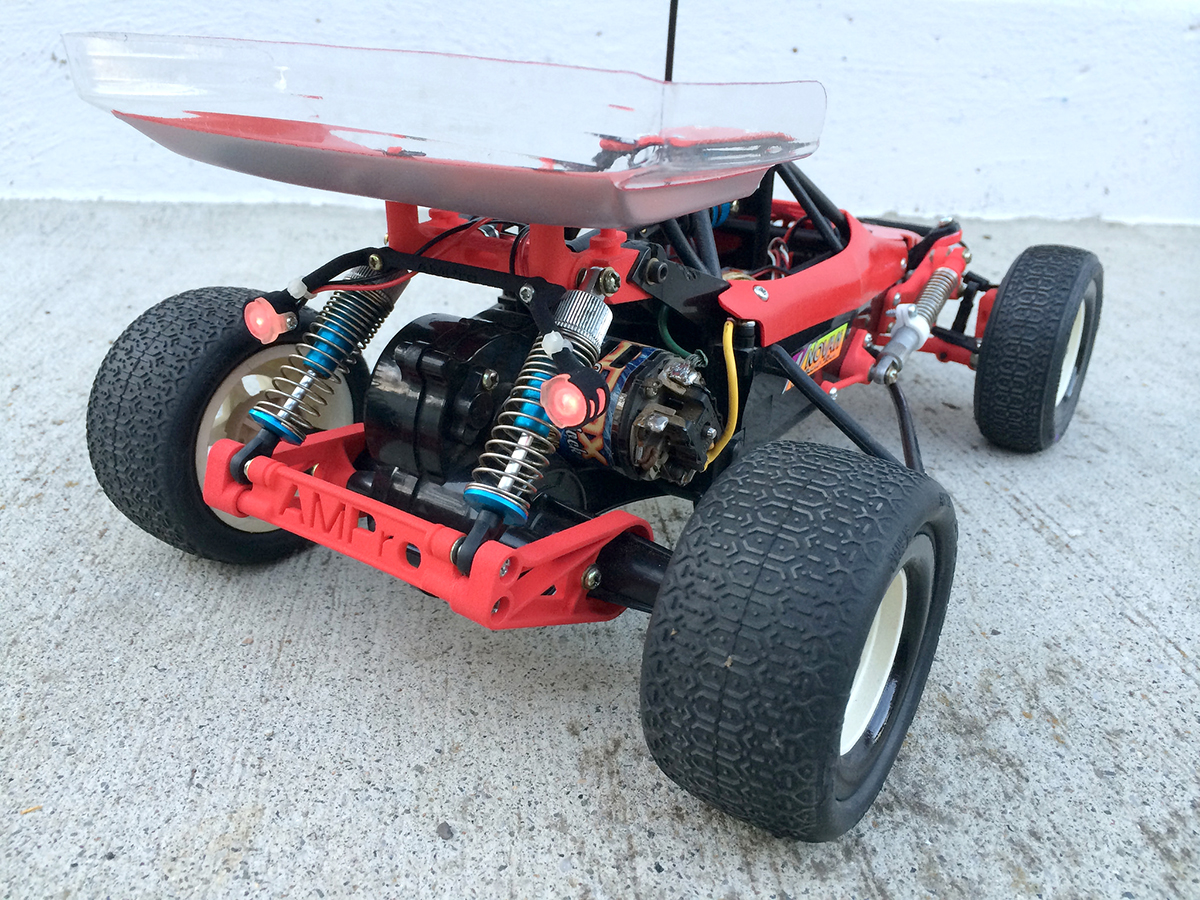 Alberto topped his build off with a custom body patterned after the Tamiya original, and added a light kit. Alberto had all of the custom parts 3D printed at Shapeways.com, and the strength puts the old Hornet pieces to shame!