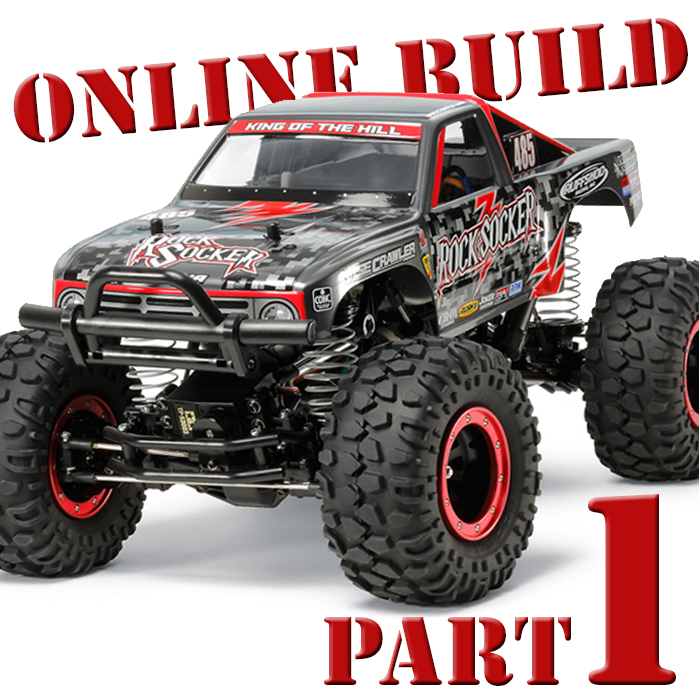 Finally, I’m back at the bench to get my Tamiya Rock Socker “online build” rolling–here’s the unboxing in case you missed it. With most kits, it’s very easy to see where the build is going. You’ve got the chassis, suspension arms, shock towers, transmission halves…the usual stuff. Not so with the Rock socker, which goes together unlike most anything you’ve probably built. For example…what are these things from Step 1? 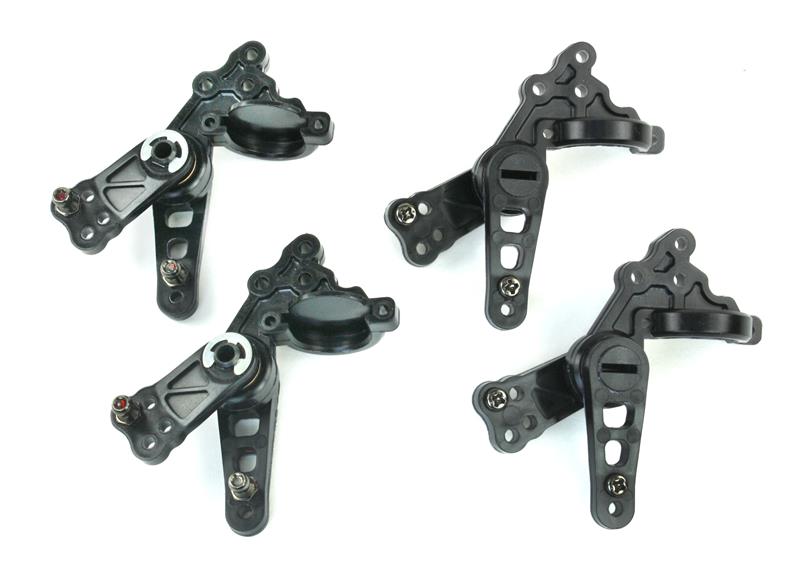 Each of these guys is comprised of three molded parts with left/right orientation and slight offsets that have to be positioned properly, with ball studs inserted into specific holes and facing in the proper direction. I typically build this sort of thing wrong on the first try, so I was extra-careful to really study the manual. 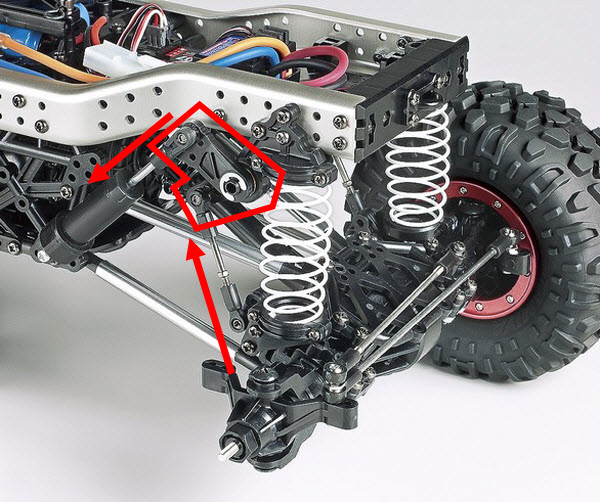 If we skip ahead to this Tamiya.com shot of the finished truck, you can see what the parts are: they’re the bellcranks that transfer axle motion to the damper. The pad on top captures the spring, which normally goes over the damper (hence the term “coil over” when referring to coil-over shocks). Tamiya definitely does not follow the standard solid-axle truck playbook with the CR-01. 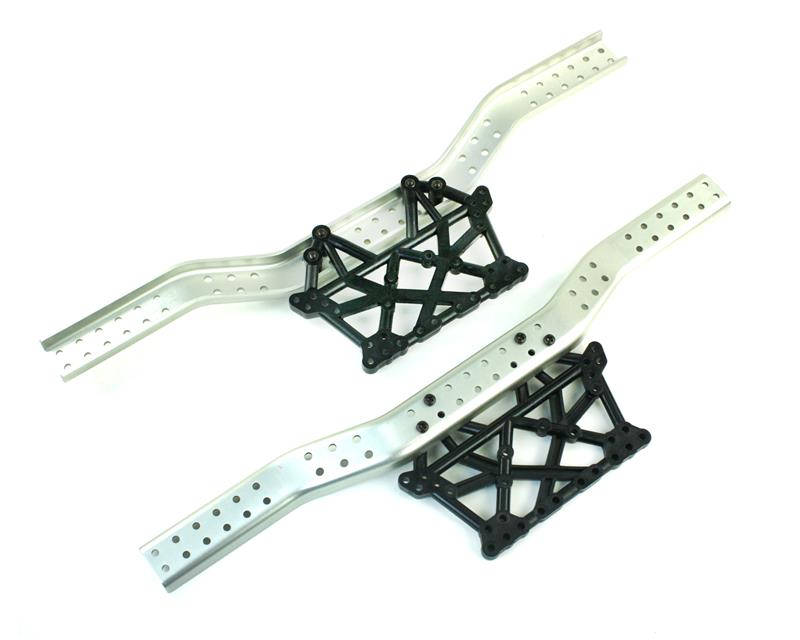 OK, back to the build in progress. The CR-01 uses what must be the burliest chassis rails in all of RC. They’re swiss-cheesed with holes, and you’ll be firing a lot of screws into those holes–many of which thread into regular nuts and must be thread-locked (Tamiya supplies their nice gel-type stuff). Working with nuts and thread-lock definitely slows down the build–it’s much faster when you’re just blasting self-tapping screws into plastic. And we’re talking Phillips heads screws here, so invest in a good coated-tip #2 driver if you don’t already have one. I’m highly partial to Tamiya’s own screw-spinner, and it’s just $7.25. Mine’s been going strong for over 10 years! 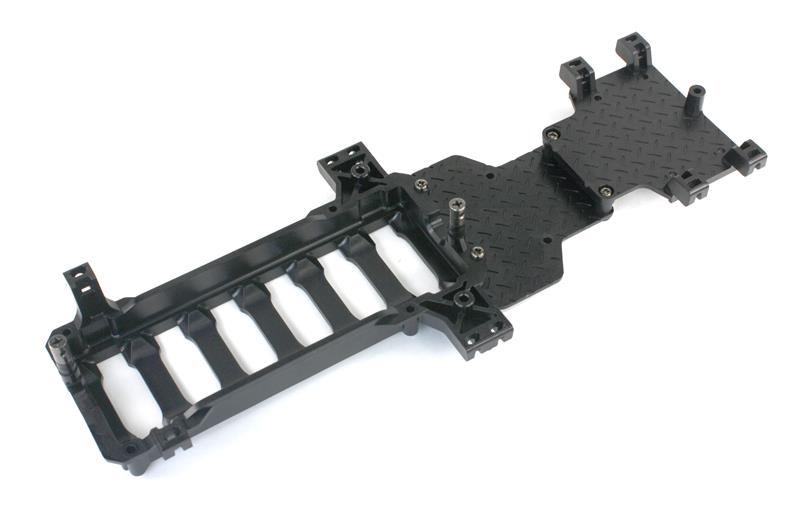 The battery/electronics tray comes next. The three-piece part was clearly designed with side-by-side NiMH cells in mind, but LiPos fit too. Note that the diamond-plate pattern is recessed into the shelves for the receiver and speed control rather than being raised, so it won’t interfere with servo-tape grippage. 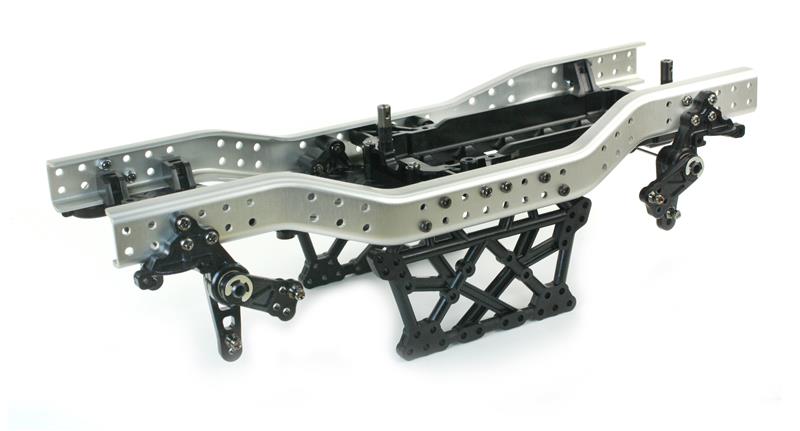 The battery/electronics tray ties the chassis halves together. This is another pay-attention-to-the-manual step. Notice that at the left of the pic, there are two holes ahead of the bellcrank assembly before you reach the ed of the chassis rail. At the right, there are three holes open. The manual doesn’t say “HEY LOOK,” you have to notice it yourself. The first time I built a CR-01, I missed it, and when I couldn’t get the front bumper on much deeper into the build, a lot of disassembly was required to make it right. Double-check every step! 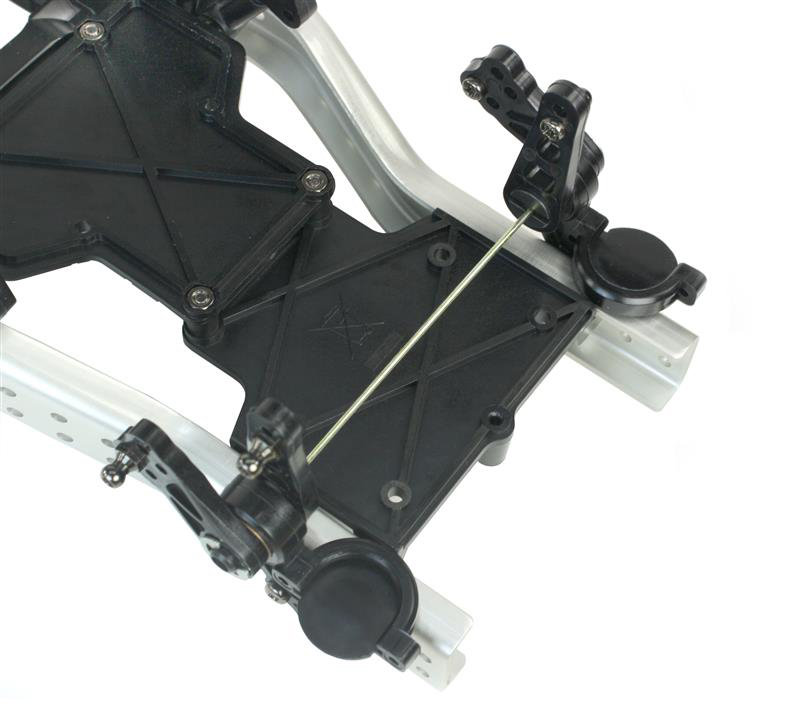 Here’s a neat detail: the pivots for the suspension bellcranks are slotted to accept swaybars. Each ‘bar is formed with a hoop in each end to engage the slot (as illustrated below) so the motion of one bellcrank is transferred to the other to reduce chassis flop. Pretty trick, but if you decide to try running withiout swaybars, there’s no way to deactivate them without removing them–which requires a lot of disassembly. 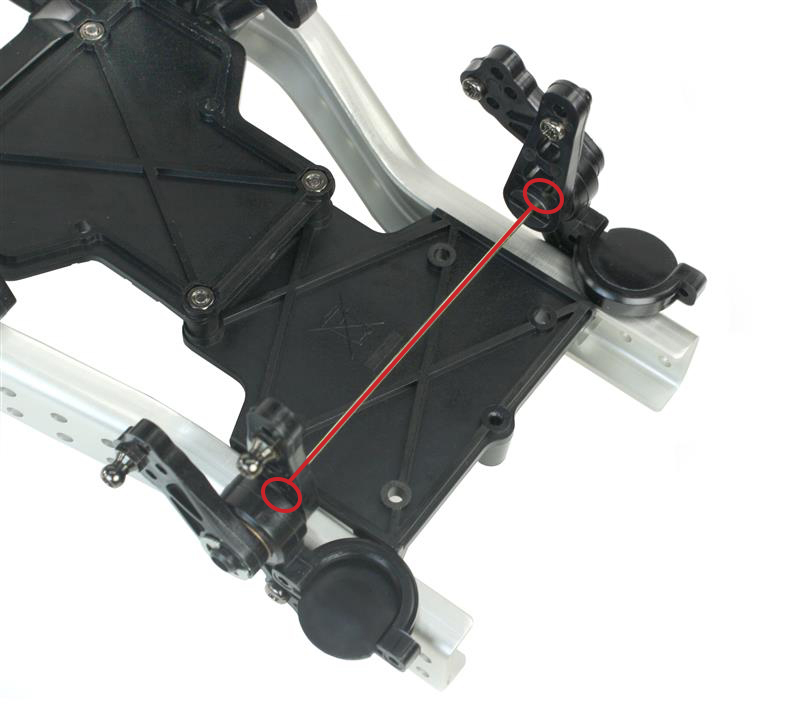 Getting this far actually took a while, I’m pooped! I’ll be back at it soon with the differentials and axles, which will build faster (and they’re pretty cool). Stay tuned…