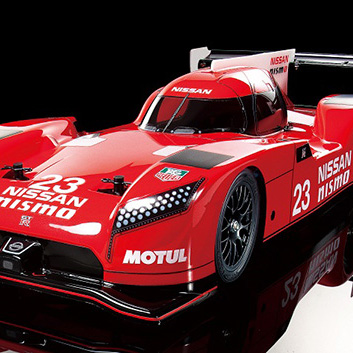 Remember the Tamiya TA-02 chassis? It was ground zero for the touring car mania that swept RC in the late nineties and early 2000s, and without it the sedan scene wouldn’t exist. Now it’s back in “SW” (Short Wheelbase) trim, specifically to fit Porsche 911GT2 bodywork with the correct scale proportions. The limited-edition release is joined by another short-run car, the TB-04R. Like all Tamiya R-types, it’s a full-option competition car. And finally, we have the Nissan GTR LM Nismo. Nissan’s wild front-engine, FWD Le Mans Prototype is faithfully captured in Lexan as only Tamiya can, and under the plastic you’ll find the direct-drive F103GT–basically an F1 car with rubber tires. 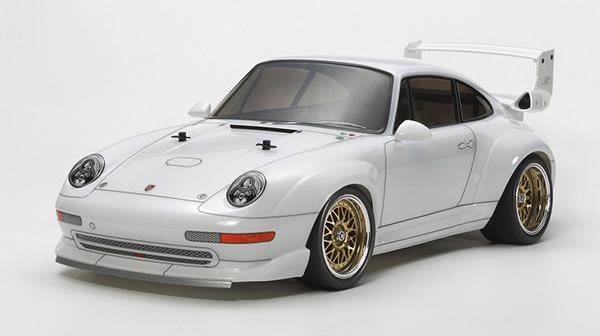 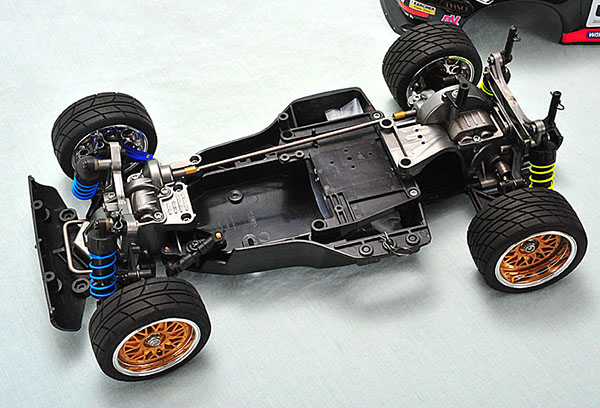 Limited Edition Porsche 911 GT2
In addition to a shorter wheelbase, the TA-02SW gets deeply offset wheels to fill out those gorgeous flared flanks. This body was last seen in Tamiya’s lineup with Taisan Starcard livery. Chassis shot via rcgrabbag.com, it may differ in colors and details from what Tamiya offers. But you can count on that classic tub, Manta Ray-derived front and rear gearboxes, and the distinctive short-and-wide fiootprint. 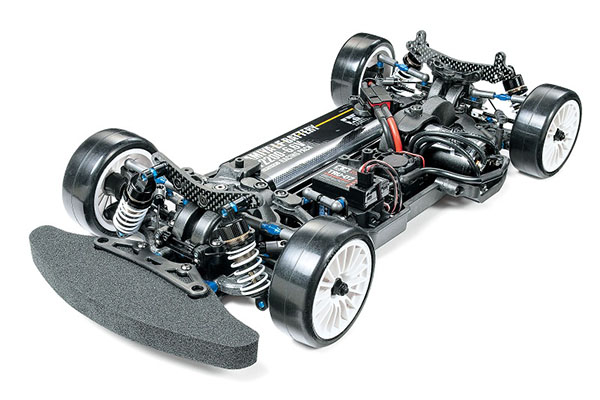 Limited Edition TB-04R Chassis Kit
Like Tamiya’s other R-cars, the TB-04R leaves body selection to you. The shaft-drive car earns its R with all of Tamiya’s go-fast options. 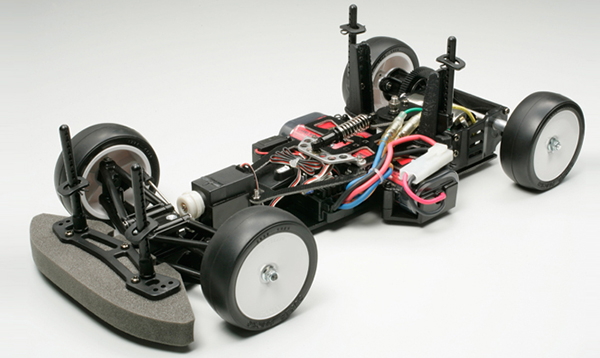 Nissan GT-R LM Nismo Launch Version
Nissan’s convention-busting front-engine car is the most distinctively styled Le Mans Prototype on the track. Unlike the full-size car, Tamiya’s model is RWD and holds its motor next to the rear axle. The chassis shot is Tamiya’s standard F103GT image, the Nissan will include the wheels and tires shown in the body-on image.