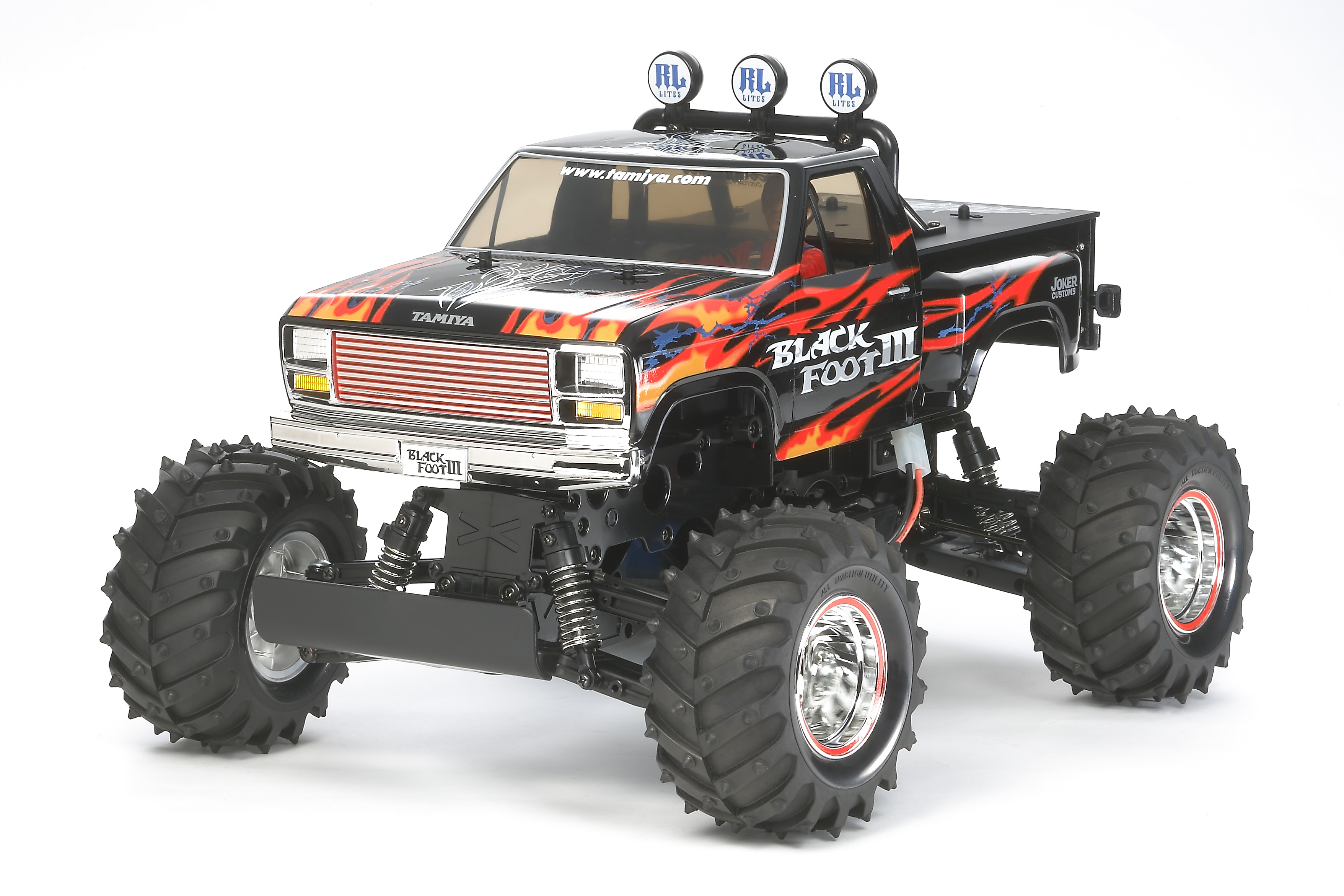 The 2WD Blackfoot III monster truck is the fifth generation Tamiya RC vehicle to use the famous Blackfoot name. It features metal-plated parts for the accent pieces. The reinforced polycarbonate monocoque chassis allows easy access to the main components and also allows maintenance of the gearbox to be simple and easy. The gearbox comes pre-assembled from the factory, making it perfect for beginner kit builders. The gearbox used is also the same one used in other famous Tamiya vehicles such as the Wild Willy II, Wild Dagger and the Twin Detonator. The 2WD transmission and four-wheel double wishbone suspension offers sure-footed handling over almost any terrain.

> Reinforced polycarbonate monocoque frame chassis allows easy access and maintenance of the gearbox without the need to disassemble the chassis.

> Gearbox comes pre-assembled, making it perfect for those who are new to kit building in the RC hobby

> Equipped with dog-bones and plastic bushings for moving parts. (5×11 bearings may be used as a Hop-Up)

> The truck body has been reproduced with durable ABS resin plastic. Tamiya PS (Polycarbonate Spray paint made from synthetic lacquer) is best suited to paint your truck

> Comes with a driver figure

RC Car Action spoke with Tamiya America’s Fred Medel to get the scoop on this new release in an iconic lineup:

RC Car Action: What prompted the creation of a new Blackfoot truck?

Fred Medel: Tamiya has always had success in all of the Blackfoot releases with good sales and fan enjoyment. As you know, the original was one of those products in the early days that introduced many to the world of RC. The original also helped spawn the creation of the aftermarket industry in radio control too. It was at least one of those many products that inspired individuals to start up companies that specialized in aftermarket support. We’ve had four products with the Blackfoot name: the original Blackfoot, Super Blackfoot, King Blackfoot and the Blackfoot Extreme. I’m sure your readers are asking, “Wouldn’t this be the 5th truck?” The reason we’ve called this new product the Blackfoot III is due to it being the third kit using the original “step-side” body. Tamiya felt it was time to bring back the step side body after a long absence.

RCCA: Will there a re-release of the original Blackfoot to coincide with the latest Blackfoot III?

FM: Unfortunately not, but a original re-release with some updated parts, very much like the original Frog, is something we really want to see come to light. Every time we forecast for new products the original Blackfoot is near the top of the list.

RCCA: The Blackfoot III is actually the fifth truck to bear the name; what are the others and when were they released?

RCCA: Given the platform used for the Blackfoot III was there any consideration given to going 4WD?

FM: I’m sure there was given the chassis is from the Wild Dagger, which is a dual motor and dual gear case design. However, making it 4WD would have made the cost go up and we wanted to keep the price point as low as possible.

RCCA: Any chance we’ll see a Monster Beetle on this platform?

FM: I’m not sure about that, but it is possible. I personally would like to see re-release of the original spec Monster Beetle with our updated dog bone drivetrain. 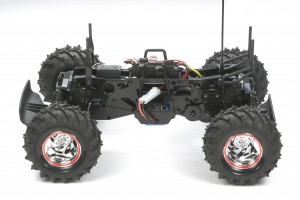