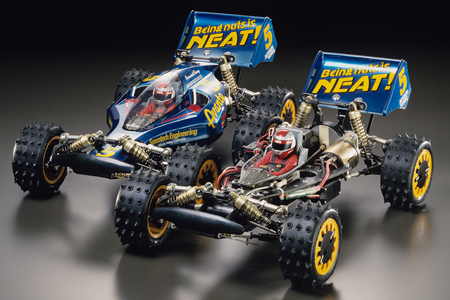 In March 1988, Tamiya released an electric R/C 4WD racing buggy called the “Avante” and it has since become a special machine in Tamiya’s R/C history. The machine featured a unique shaft-driven 4WD system which was taken from Tamiya’s first 4WD R/C buggy, the Hotshot. It also featured a highly sophisticated design including a FRP double-deck chassis layout, longitudinal motor & battery positions, and a formula-type body with chassis fairing. It was equipped with innovative components such as a compact gearbox with 3 small planetary gears, a center diff to increase stability, a fully adjustable suspension, and cam-lock wheel caps.

The Avante was a distinctive R/C machine which featured an innovative design. After 20 years, some of the Avante’s mechanisms have become standard features on modern R/C cars. The ultimate pure racing buggy returns in 2011.

Tamiya has given the Avante (2011) the special re-release treatment just like other re-released buggies such as the Buggy Champ and Hotshot. Here is a brief introduction of the improved points.

Carbon Fiber Rear Damper Stay Rear damper stay is thicker than the original and its material has also been changed to carbon fiber. Left and right stays are connected to further increase rigidity.

Assembly Universal Shafts WO universal shafts are used for both front and rear to reduce friction loss.

Durable Polycarbonate Body Shell The body, wing, and chassis fairing have been made with polycarbonate for superb off-road durability.

Latest R/C Systems The Avante is compatible with all Tamiya R/C systems including the 2.4GHz systems.

The Original Packaging is also Revived! The package for this re-release model comes with the same design and dimensions as the original Avante. In addition, just like the original Avante, all the parts are stored in blister packs. The Avante logo and rear wing sticker will remain the same as the original. Other stickers will be of a new Tamiya design. 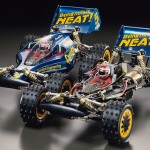 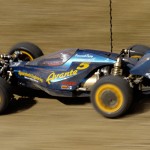 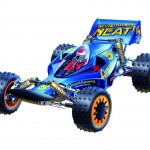 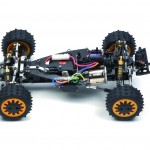