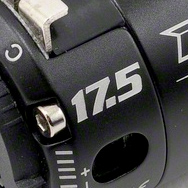 One of my favorite parts of RC is the technology involved. It never ceases to amaze me the leaps and bounds our hobby takes. LiPo’s replaced nickel-Metal batteries. Brushless motors made ungodly speeds possible in almost any car, and 2.4ghz radios eliminated radio interference. Dynamic timing ( or “boost”) has been taken to a whole another level. 17.5 and 13.5 motors are now able to reach similar top speeds as their modified counterparts. Though extremely impressive, I believe this has really hurt racing.

Many on-road racers I have spoken with blame boosted speed controls on the decline of on-road racing for making the speeds of the cars to close. I have seen similar affects on off-road racing, minus the lack of attendance. Fact of the matter is the division between stock racing and modified has became much smaller since boosted esc’s have been available.

The off-road racing scene in Southern California has recently started to turn back the rules of stock class. 13.5 or the “super stock” class doesn’t exist anymore and the 17.5 stock class is no longer allowed to run “boost.” I think this is great!

There has been an influx of “expert” drivers ditching their modified motors for a 17.5. The stock classes have once again became extremely competitive but the difference between first and second is now the driver, not the equipment. Stock class lap times are 10-20% slower than mod. With boost, those numbers were cut in half or perhaps lower. I think there should always be a big difference between stock and mod lap times, no matter the driver or the track layout.

The downside to this has been an uproar of sportsman drivers claiming these “sandbaggers” don’t belong in stock. Fact is, most of these expert drivers are middle of the pack mod drivers that will actually gain a lot of skill by slowing their cars down.

Stock class should be a stepping-stone into modified where your skills should be honed in both car setup and control around the track.

I have a couple points that I wish anyone that has an issue with expert drivers running stock to read:

I love that there is now an A and B main in the stock class on club racing nights. I think even the naysayers would agree that higher attendance is better than multiple classes with very few cars. The evolution of stock class looks to be heading in the right direction once again.

Leave a comment below and let me know what your thoughts are on this or how the stock scene at your local track differs from mine. I would love to hear some feedback.