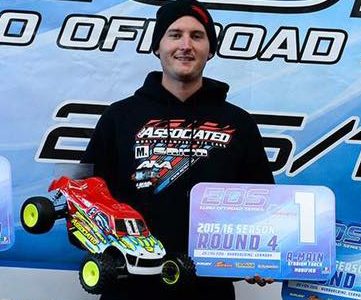 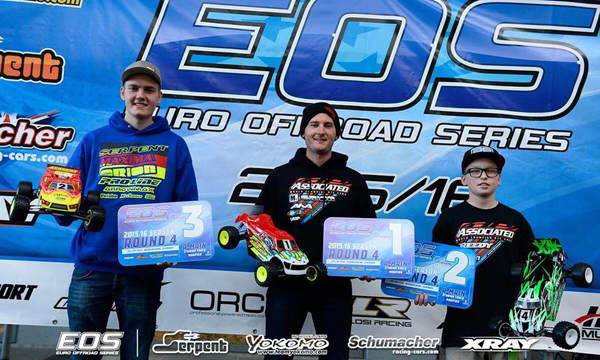 Team Associated’s Ryan Cavalieri takes top honors at Round 4 of the EOS Series in Nurburgring, Germany (photo courtesy of RedRC.) 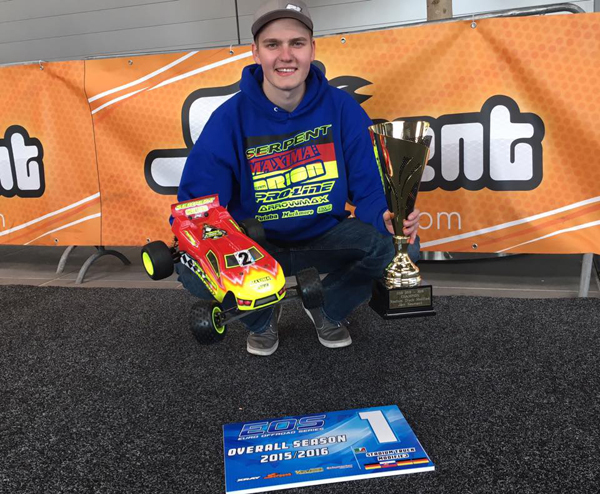 Stadium truck racing has been a staple of off-road racing in North America, but in Europe its pretty much non-existent. However, the EOS (Euro Off-Road Series) has been enjoying success among racers and added the stadium truck class creating an interesting twist by combining the characteristics of big tire trucks and carpet’s high-bite nature. The 2015/2016 EOS Series is a 4 round championship spread out over 7 months and covering 4 countries. The last one occurred recently from April 29th to May 1st, 2016 in Nurburgring, Germany and was won by Team Associated’s Ryan Cavalieri with Serpent’s Jorn Nuemann securing the overall title for the series. Could this help elevate the class to International status and make it a staple in electric off-road racing? If the series is any indication, we’d have to say yes.